a day of song in oswestry

Patients, staff and volunteers were all taking part in the RSPB’s ‘Birdsong Takeover’ event on Thursday, which was part of their national Let Nature Sing initiative.

The sweet sounds were played all afternoon throughout the garden room and Midland Centre for Spinal Injuries, helping the RSPB to reach its aim of bringing the music to around five million people’s ears. The relaxing soundtrack was quietly raising awareness of the fact that nature is in crisis, but that there is time to change things. The movement is building, particularly with the release of the State of Nature report and the RSPB is continuing to inspire people to make small changes that will make a big difference.

Each Horatio’s Garden is home to a whole host of wildlife, and we share the RSPB’s sentiment about the importance of creating, protecting and conserving green spaces. The joy nature and the outdoor world brings to so many people, both in Horatio’s Garden and beyond, can never be underestimated.

Along similar lines and by complete coincidence, we also welcomed local group the Wild Singers to the garden on the very same day. Their wonderful, uplifting performance was much-appreciated by patients, staff and volunteers and there were certainly many audience members singing along too.

Afterwards, the Wild Singers settled amongst the crowd and everyone had the opportunity to chat over a well-deserved cup of tea and homemade cake – many patients enjoyed the event so much that some chose to miss their lunch to spend more time in the garden!

“That was great, it really lifted my spirits singing in the garden.”

“There was a great atmosphere and it was such a memorable event for everyone who was there. Thank you.” 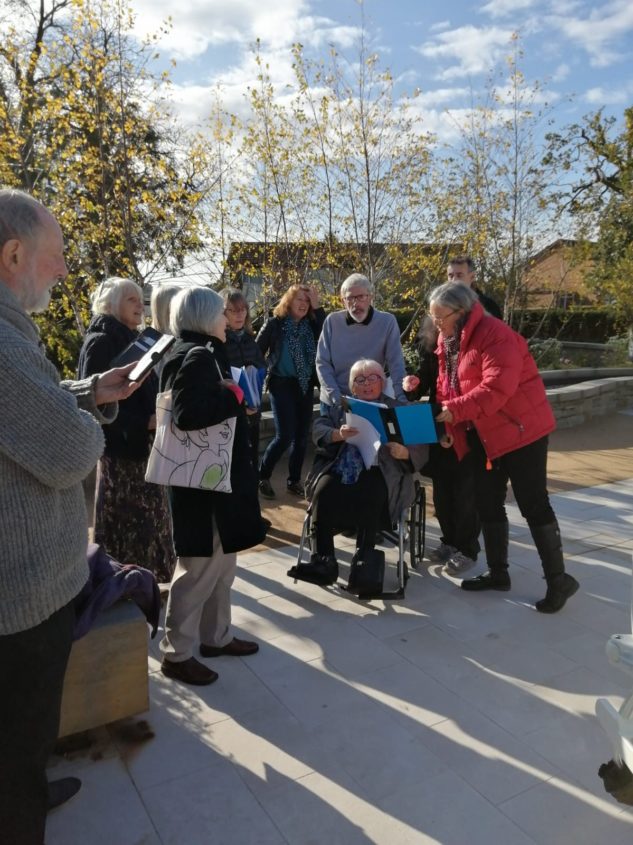 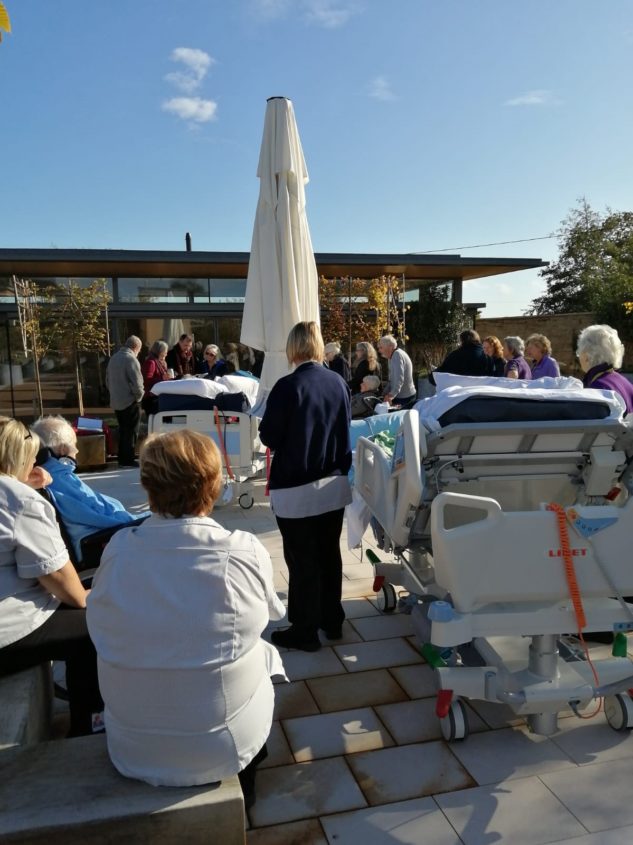 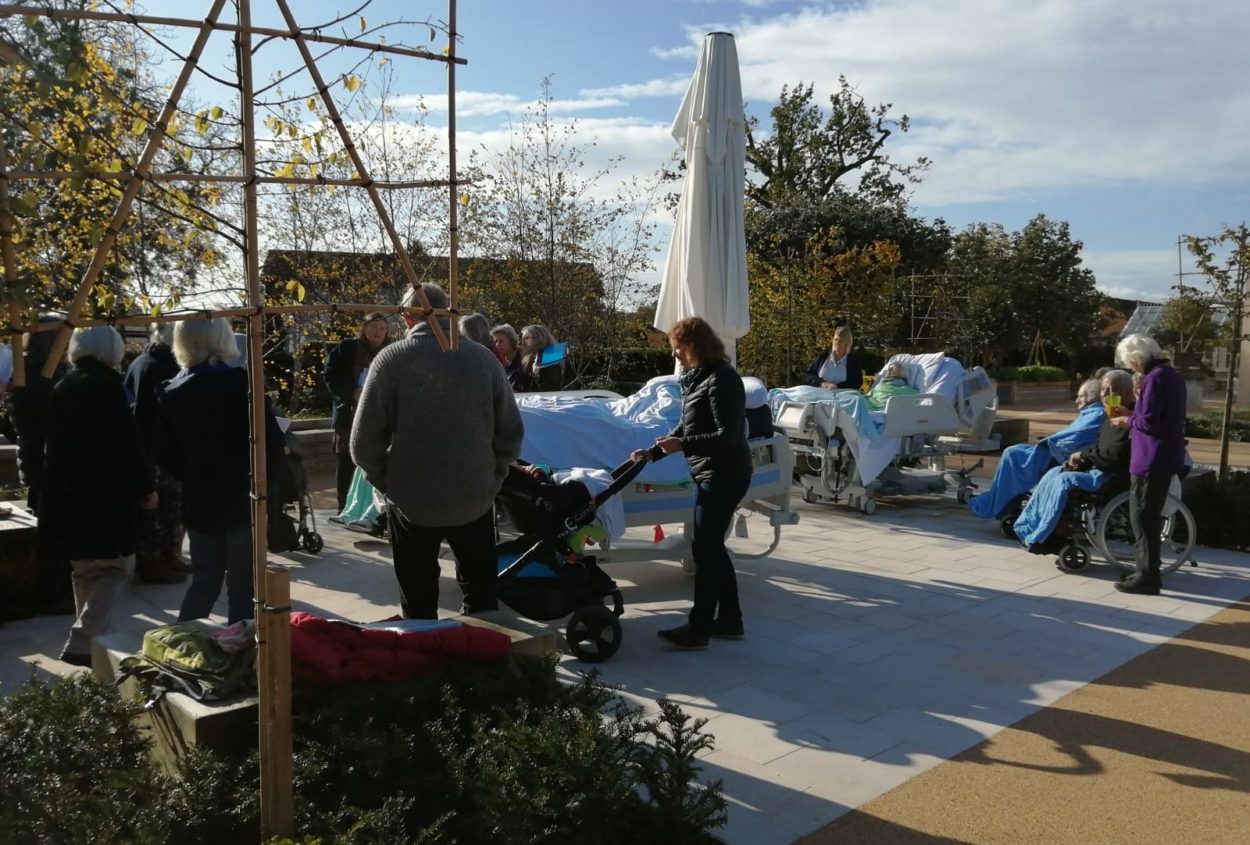 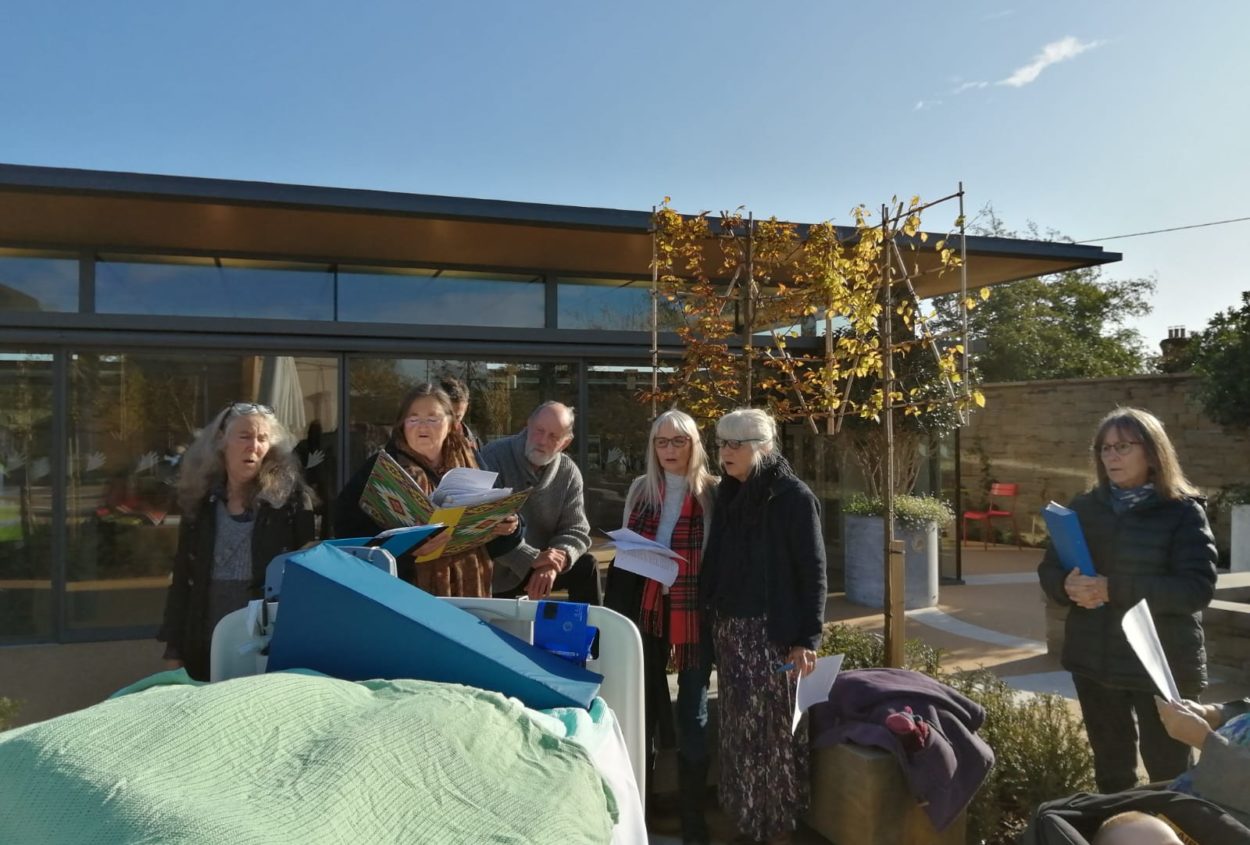 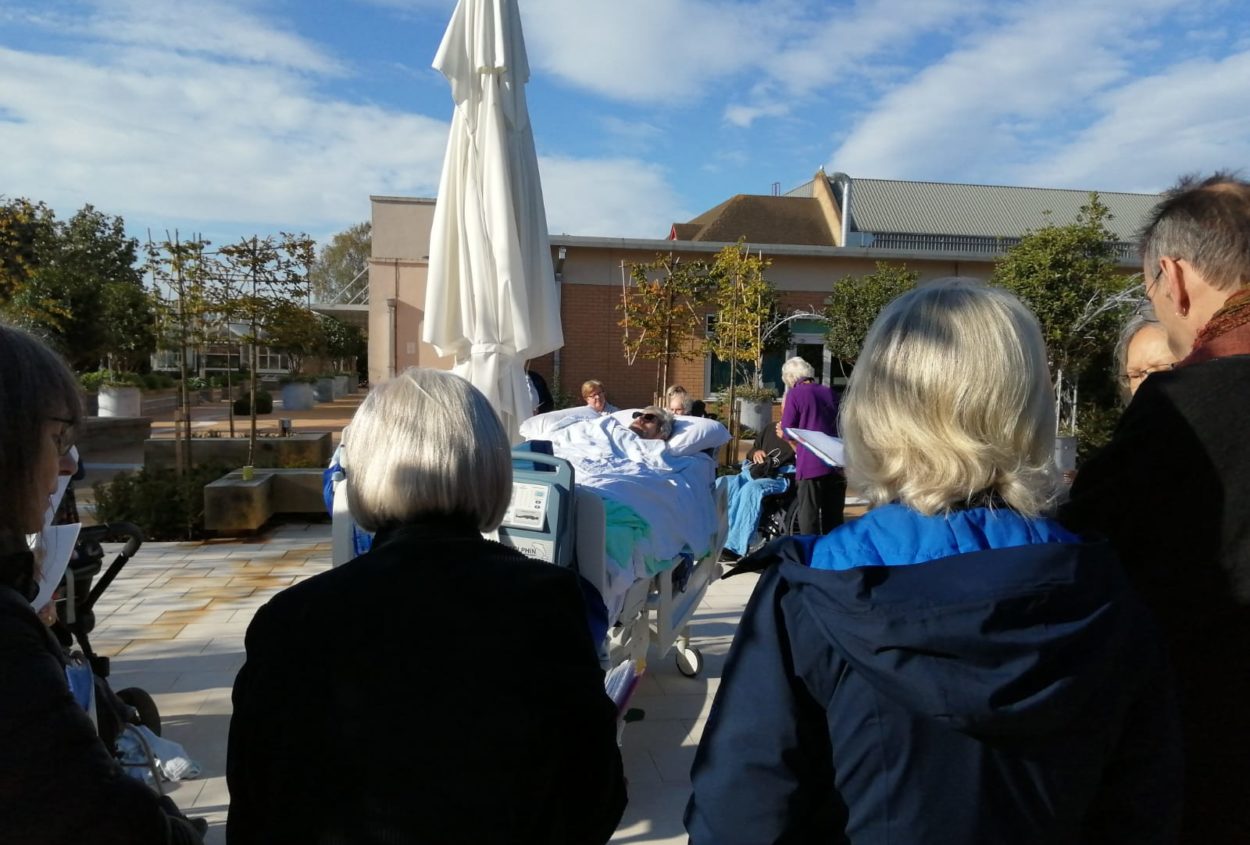 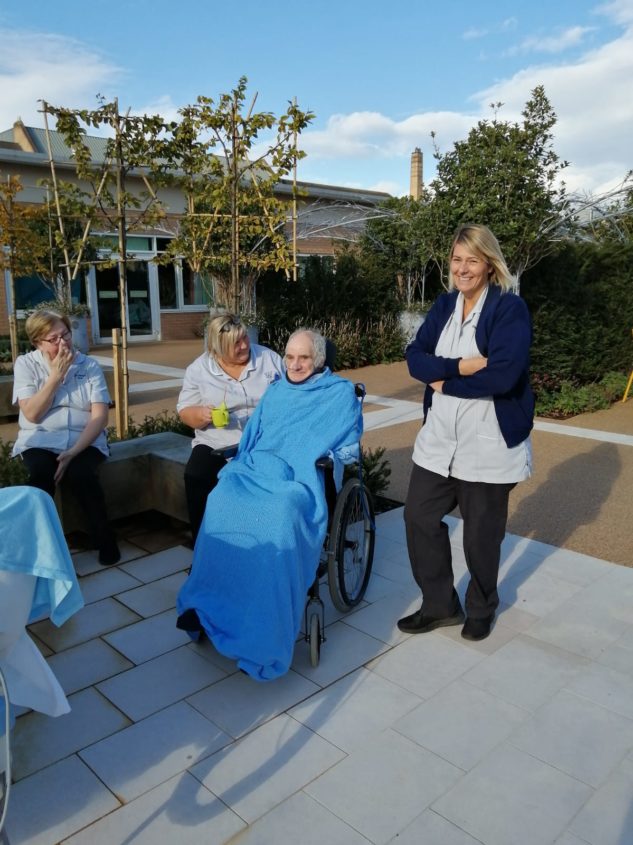 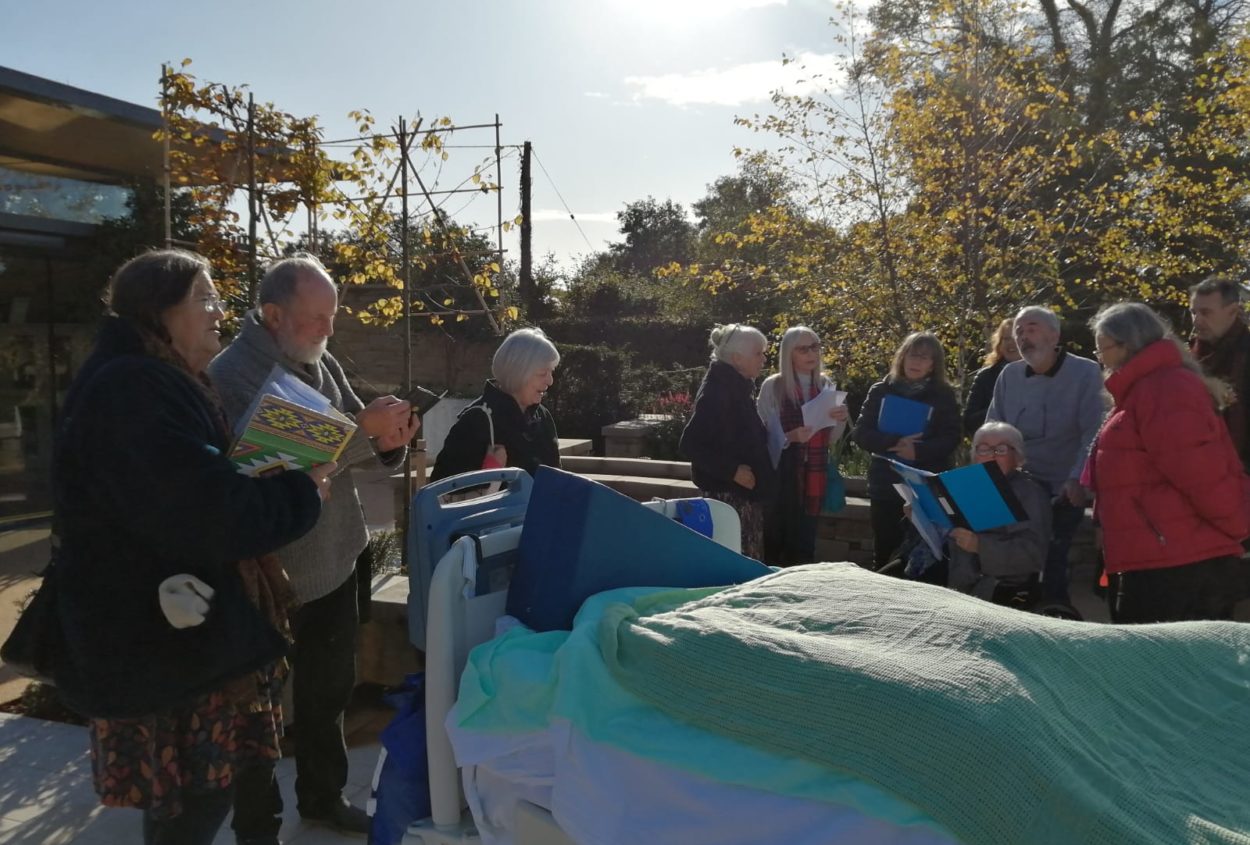 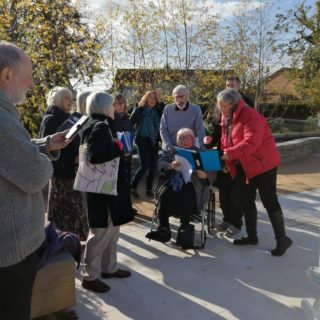 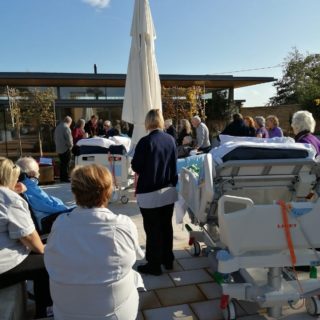 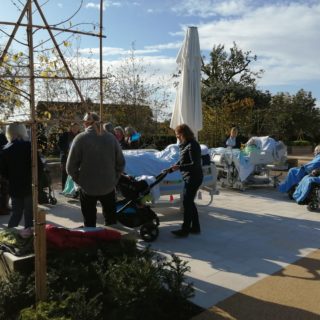 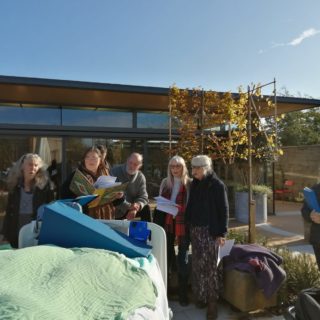 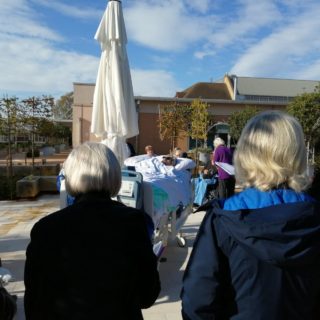 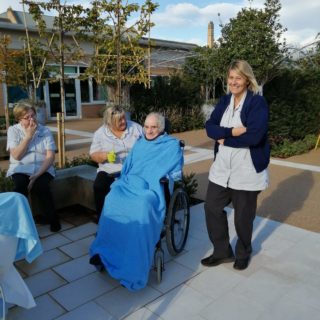 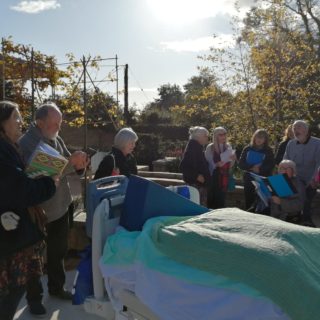