With spring shoots starting to flourish in abundance, plenty of us will have had our eyes drawn to colourful swathes of aconites, crocuses, irises and of course, snowdrops.

The iconic flower has long captured the imagination of award-winning garden designer, Tom Stuart-Smith, and in a wonderfully thoughtful gesture he this week generously gifted over 2,000 snowdrops to Horatio’s Garden London & South East. 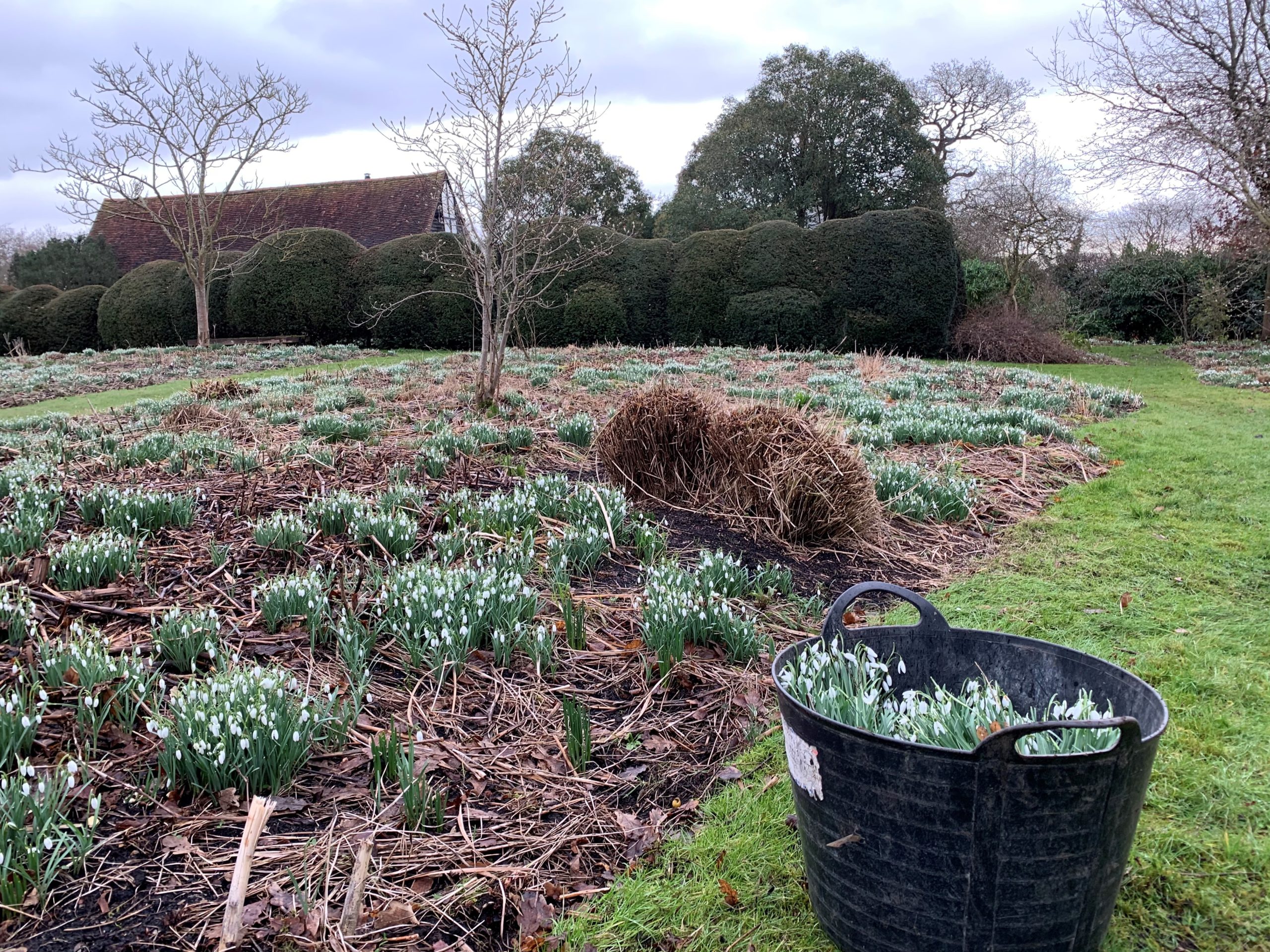 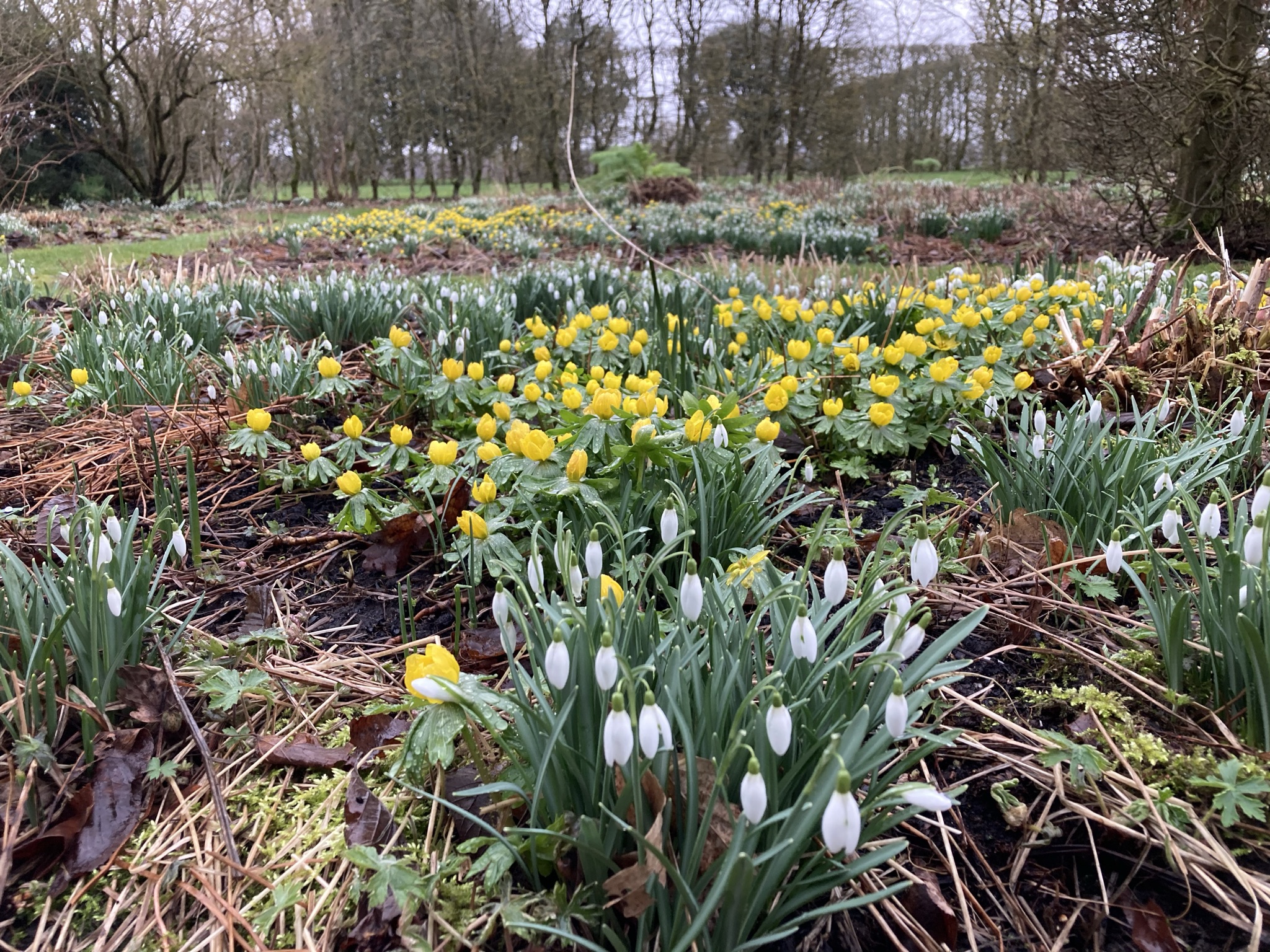 Having been grown in Tom’s private garden, The Barn, the plants have been lovingly cared for by him and his wife, acclaimed author of The Well Gardened Mind, Sue Stuart-Smith, for many years. Indeed, many of them were in fact first established in Tom’s mother’s garden, making their next chapter in Horatio’s Garden feel even more poignant.

Max Harriman and Charlie Harpur of Tom Stuart-Smith Studio spent many hours carefully digging up the bulbs, before the two then safely set off to our London garden to deliver the plants. They left them in the caring hands of our volunteers who began to plant them, with Max and Charlie sharing that they were already looking lovely by the time they were leaving.

Indeed, patients visiting the garden that afternoon immediately noticed the new arrivals and soon shared with Head Gardener Ashley how much they’re enjoying their presence, particularly in amongst the various other spring flowers currently thriving throughout the garden. 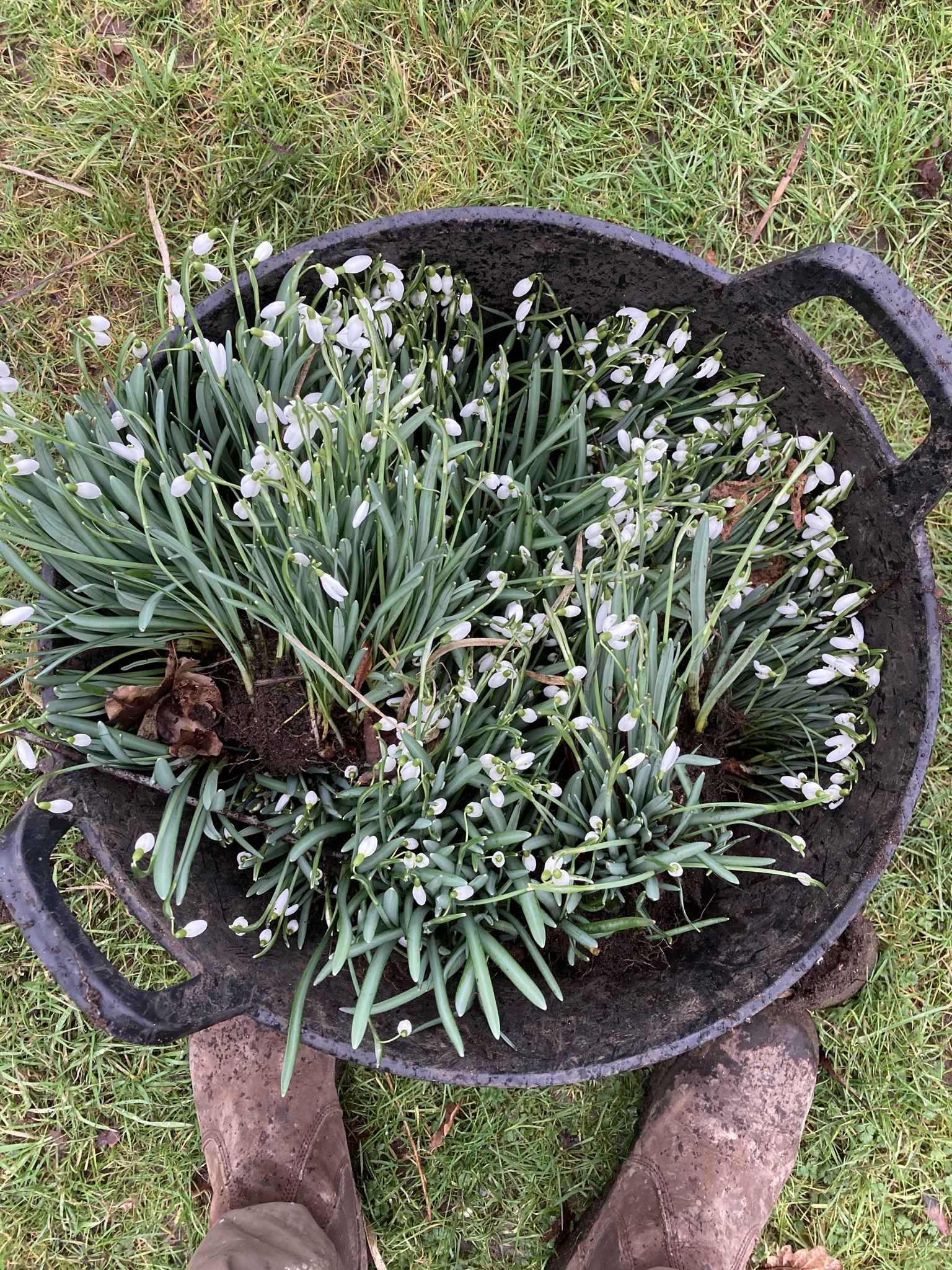 As a team, everyone is enormously excited by the prospect of the snowdrops’ future flowering and our hope is that the woodland areas of the garden will be carpeted with them in the years to come.

This particular variety, Galanthus nivalis (Common Snowdrop), are best divided in spring ‘in the green’ after flowering, however they can also be planted as bulbs in the autumn. For naturalising in any garden, they are split every few years and replanted in groups, which thus creates the carpet effect. In Tom’s garden, they can be split and replanted for about 20 years, therefore our London team will always be busy making the best of their beauty! 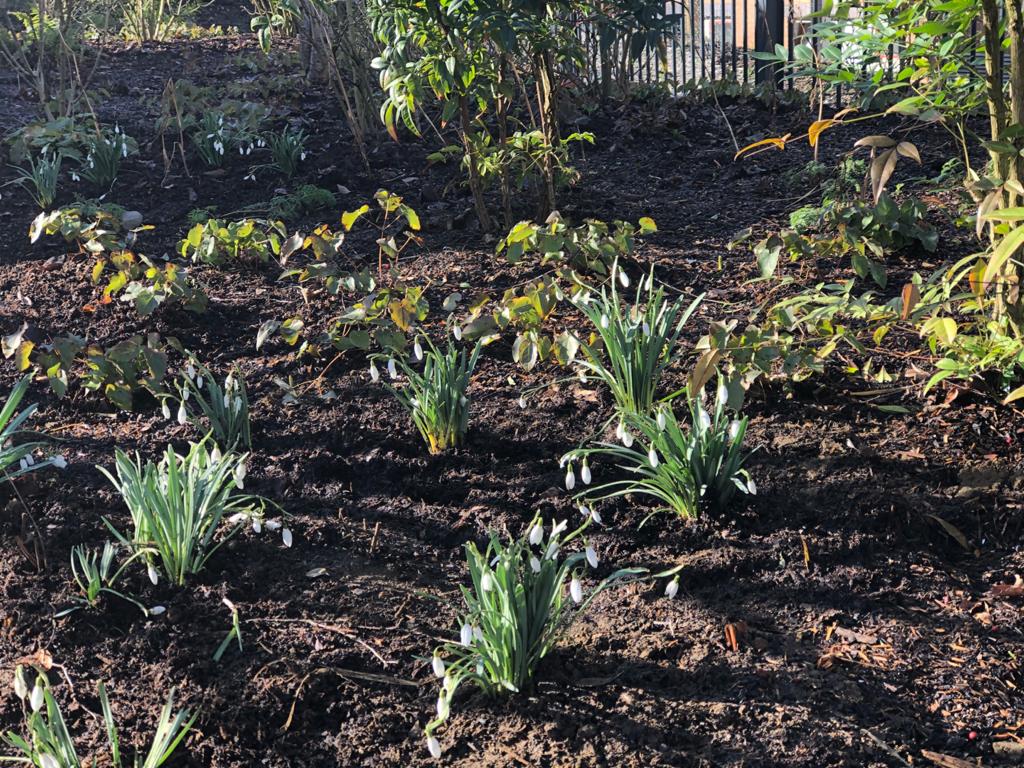 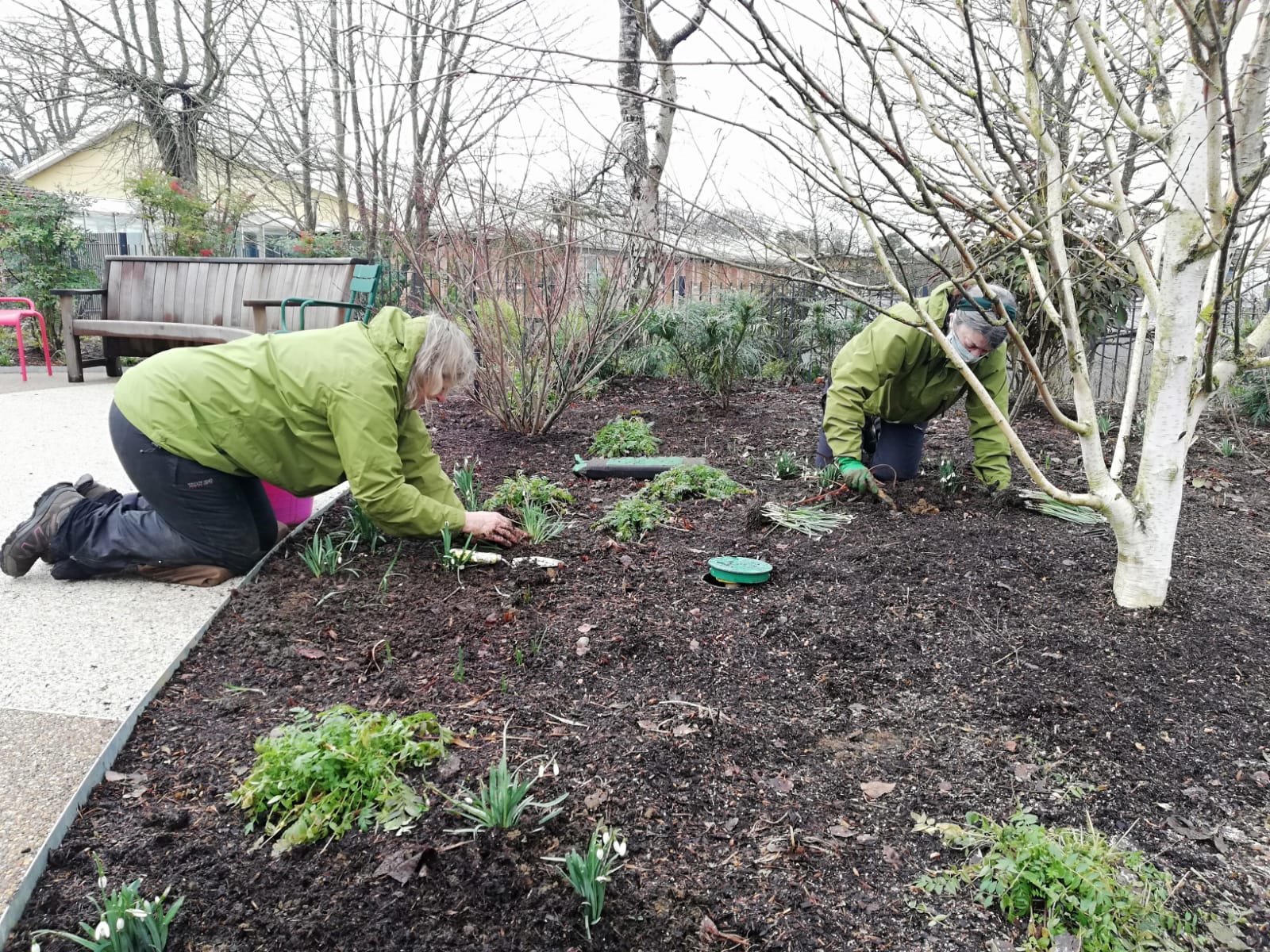 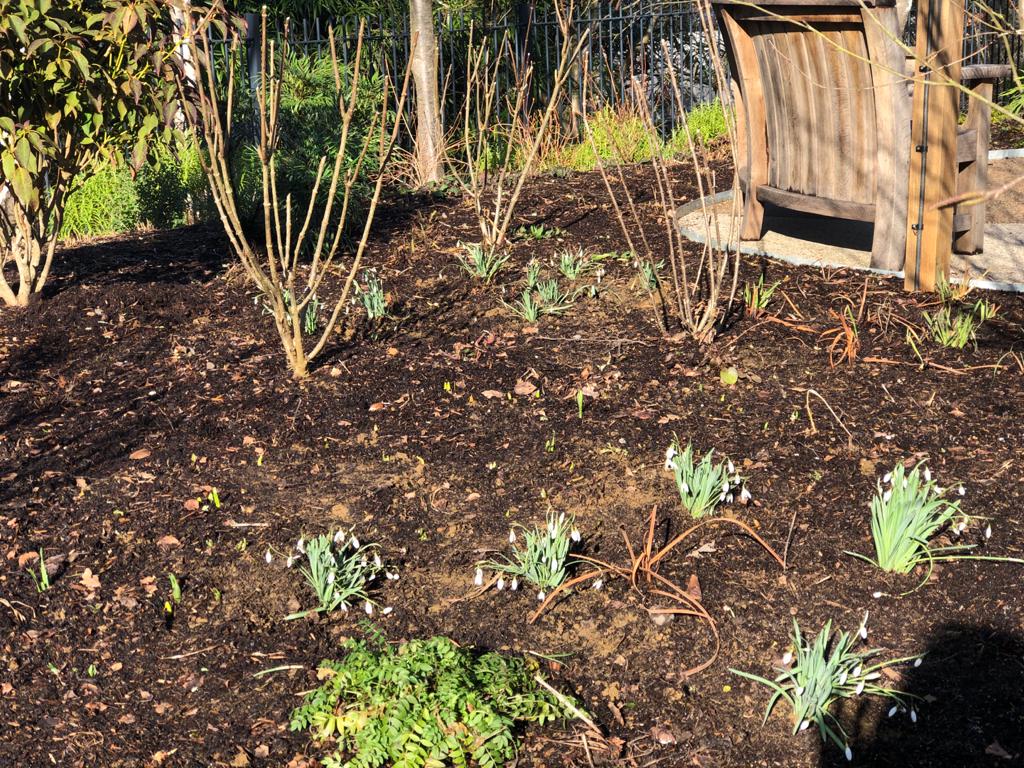 With Max and Charlie both noting how neat and nurtured the garden looked on their visit, they were certain that the snowdrops and the various other plants donated by Tom to Horatio’s Garden London & South East would soon settle into their new home, being gently tended to by Head Gardener Ashley and the brilliant team.

We are so grateful to Tom and Sue Stuart-Smith for their continued generosity and support, as well as to Max, Charlie, Ashley and all our volunteers for making it possible for us to share this story with you. 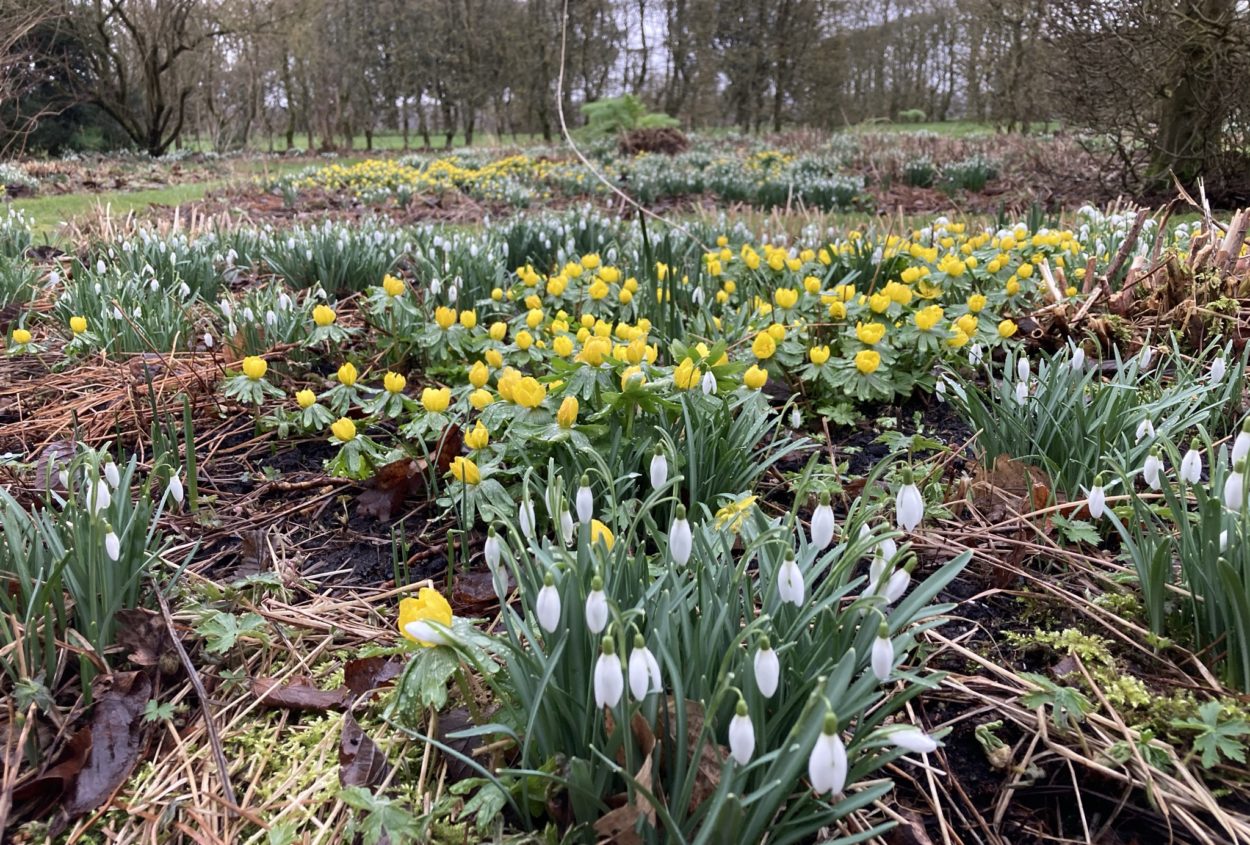 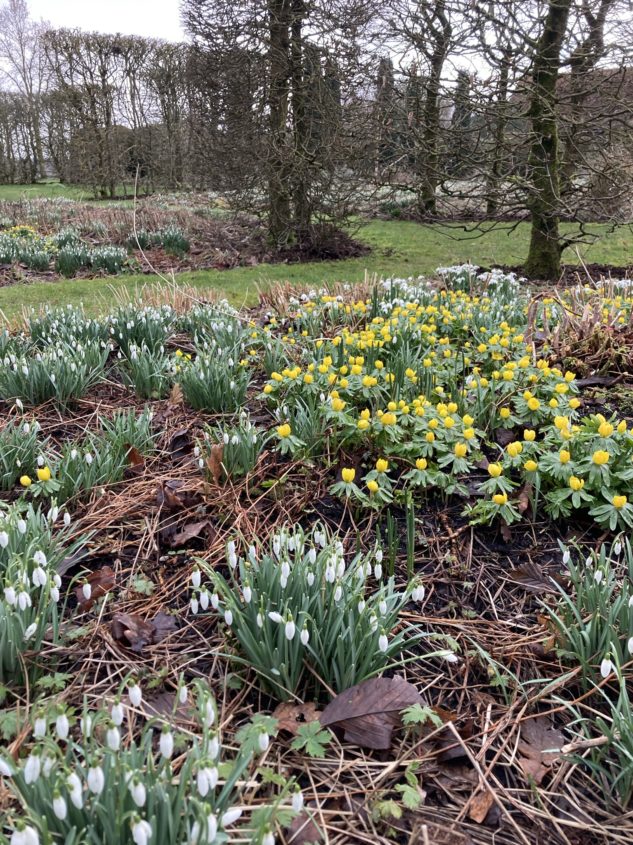 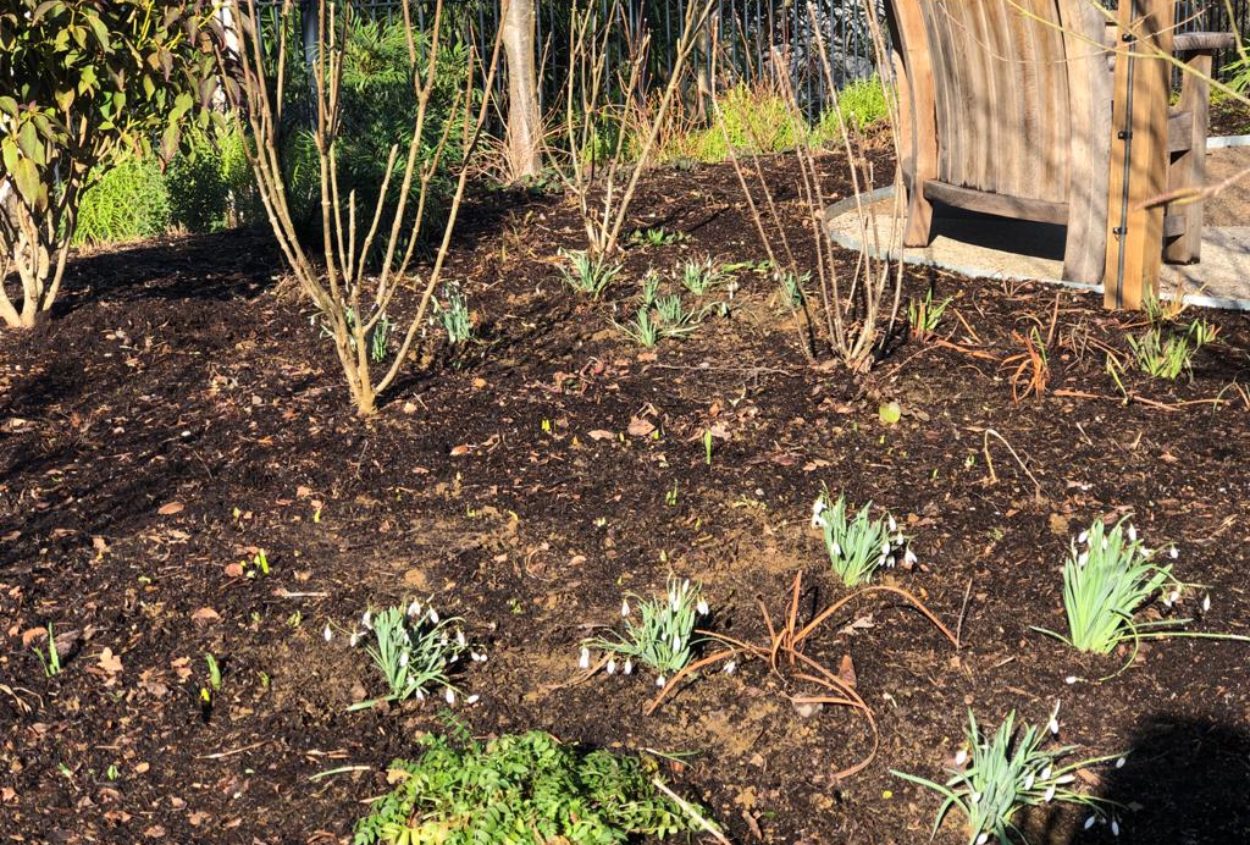 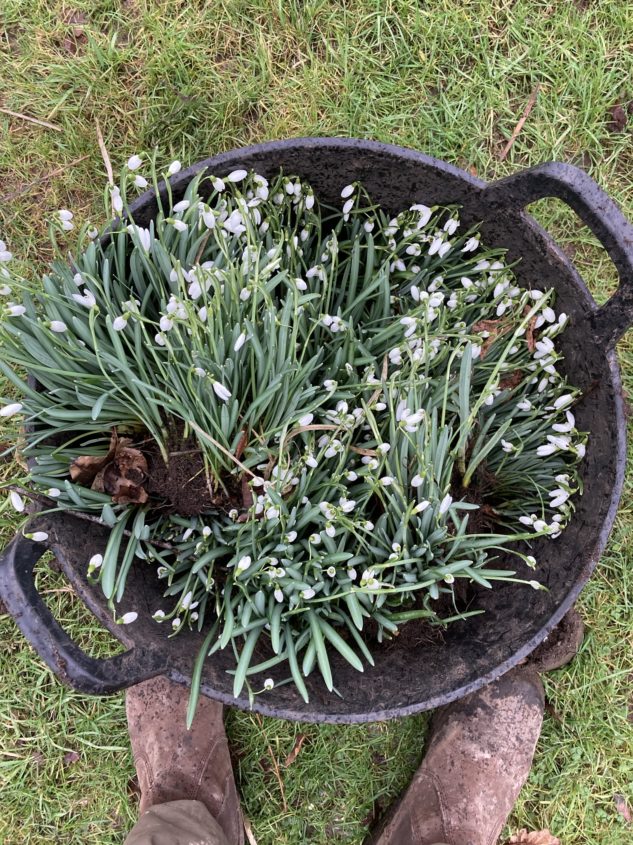 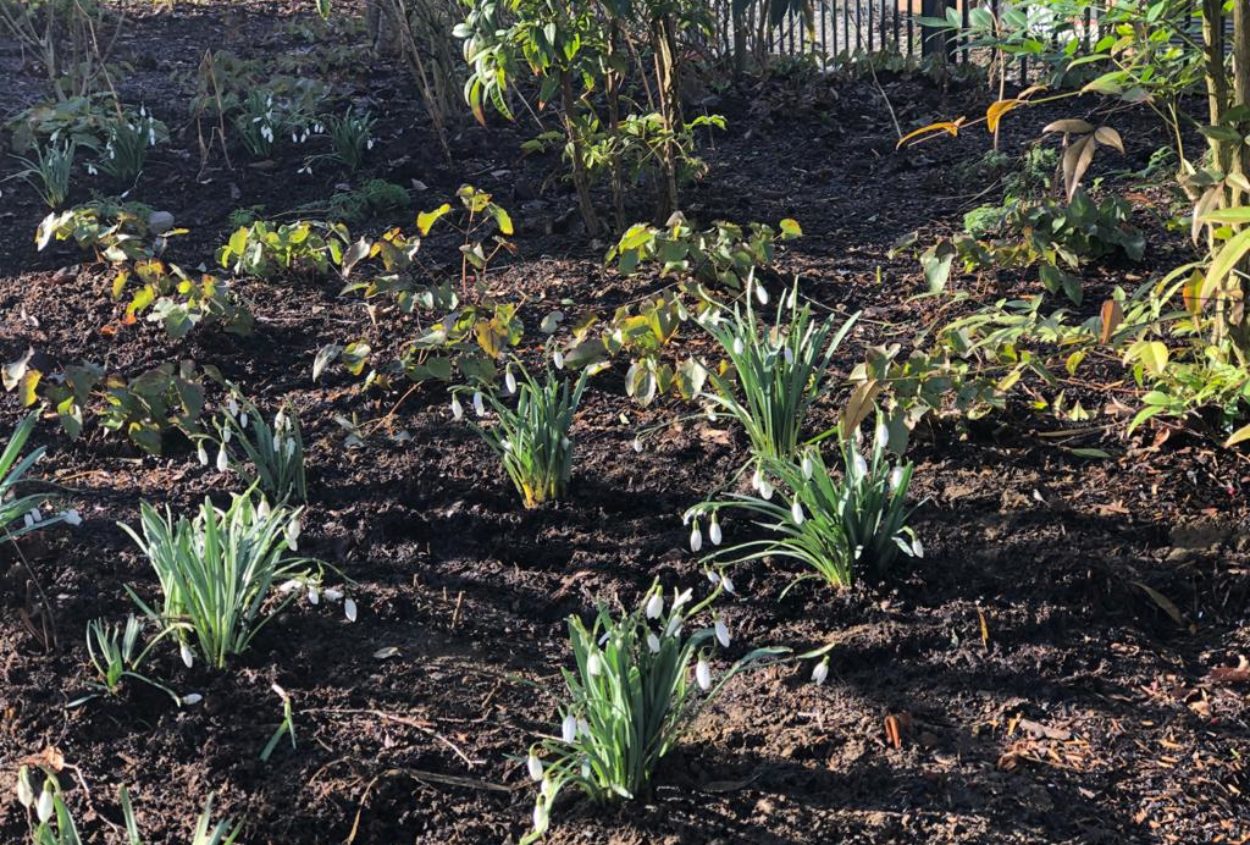 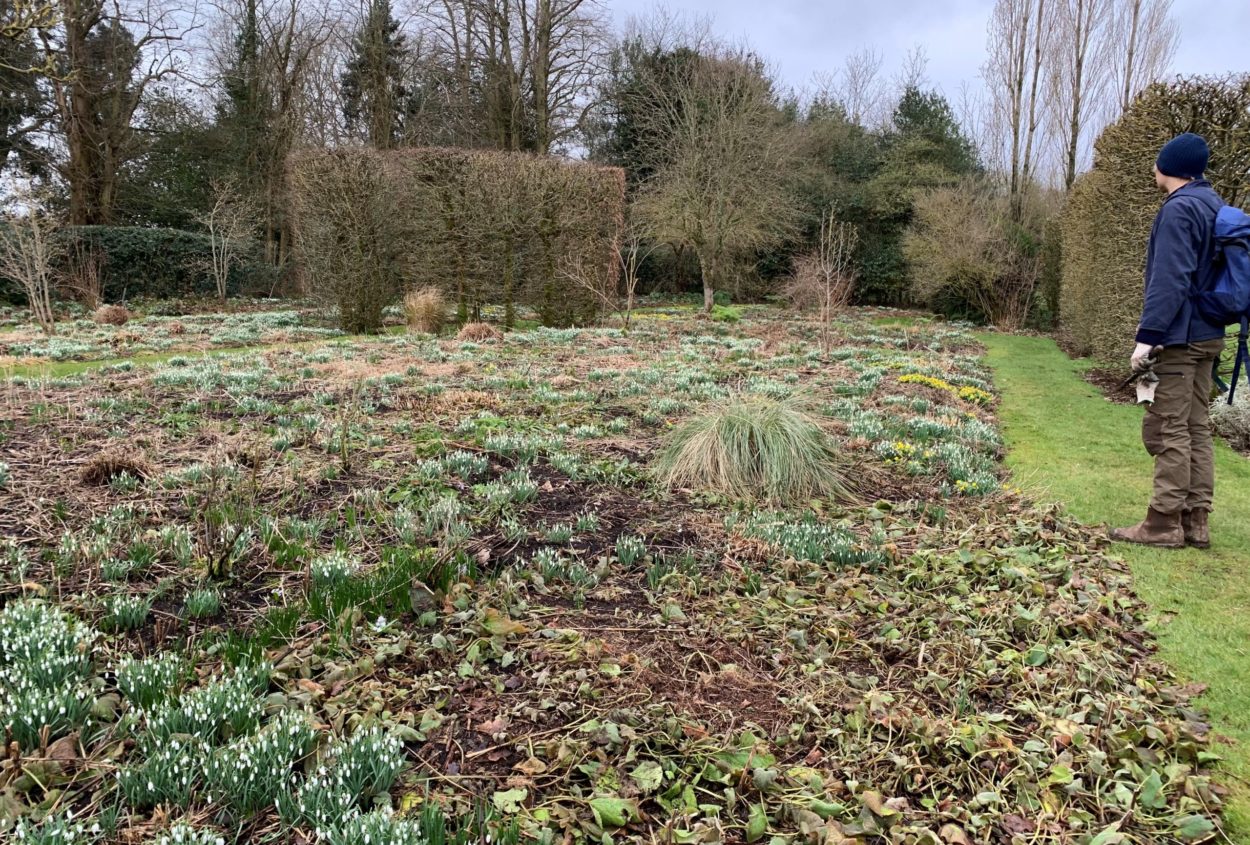 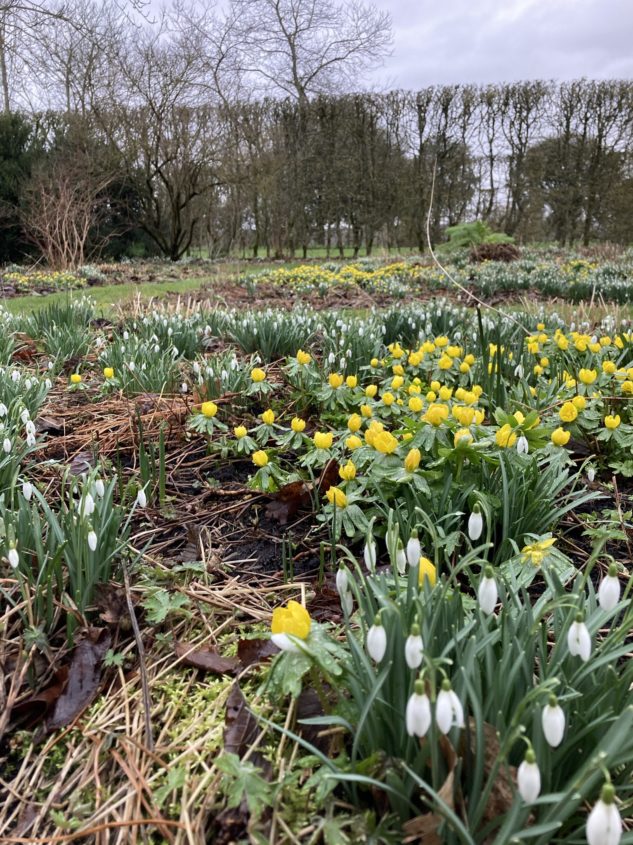 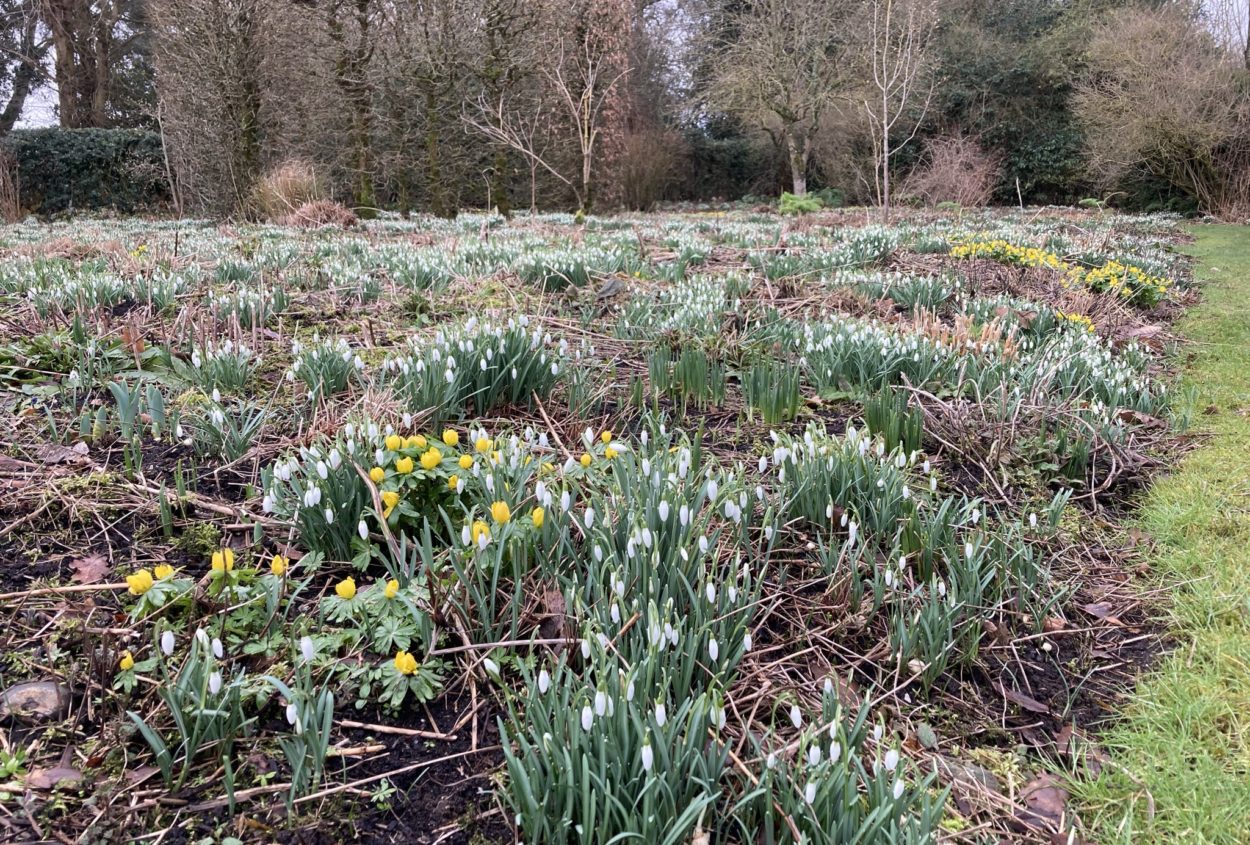 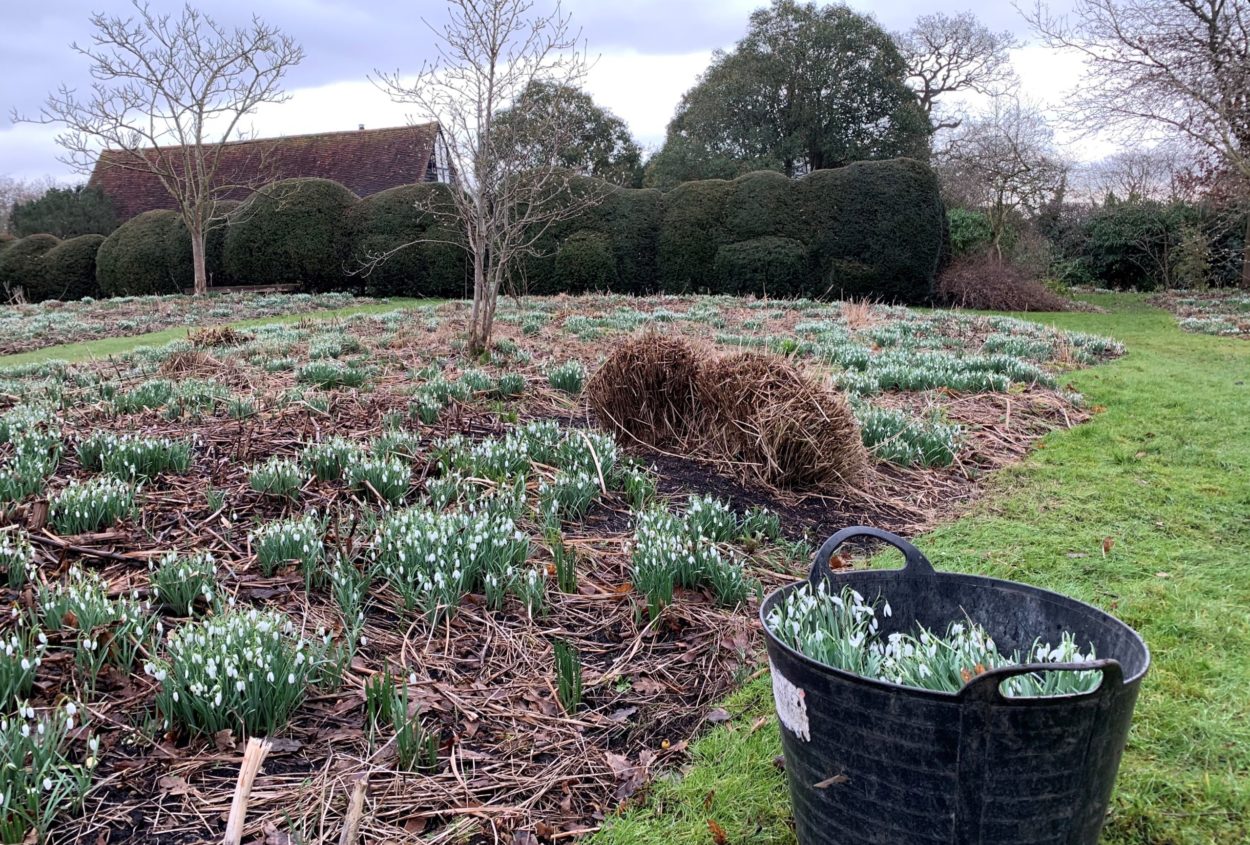 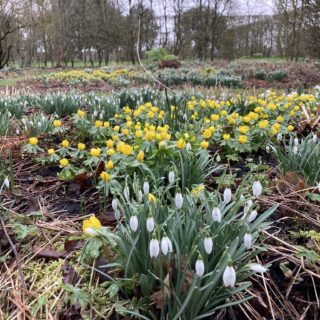 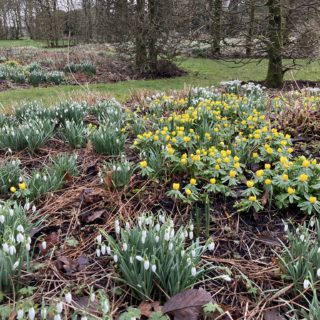 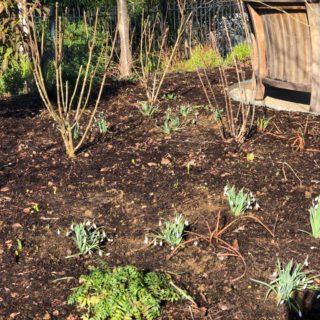 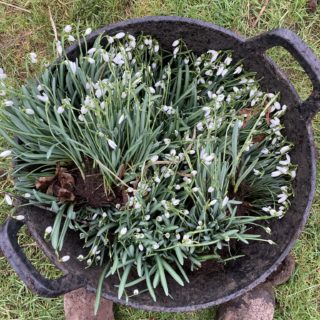 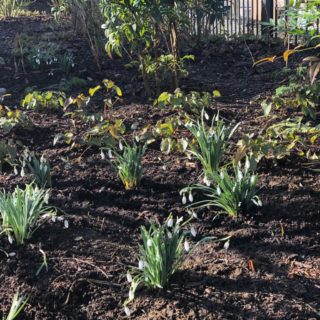 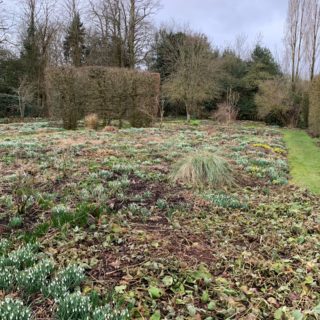 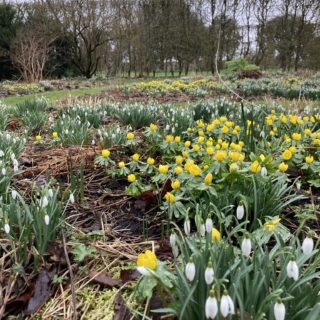 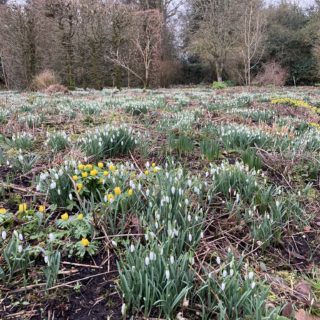 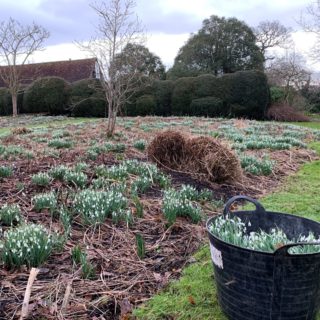