Artist in residence Claire Waltier MacGillivray is now very much a part of Horatio’s Garden Midlands, with word spreading far and wide about her weekly sessions in the garden.

Whilst she was already personally aware of how much people were appreciating her artistic support, innovative ideas and wealth of watercolours, this week she was touched when both a doctor and a nurse took the time to seek her out in the garden. They both shared that Claire’s time in the haven was evidently of great benefit to their patients and that the creative pursuit in and of itself was working therapeutic wonders.

With the weather encouraging many to venture out into the garden, lots of people stopped to speak to Claire, looking carefully at her paintings and mentioning that they will certainly be a source of inspiration when they hopefully join her for an afternoon in the near future.

Fortunately, a small gathering of people had a handful of hours to spare, which they gladly spent painting with Claire. 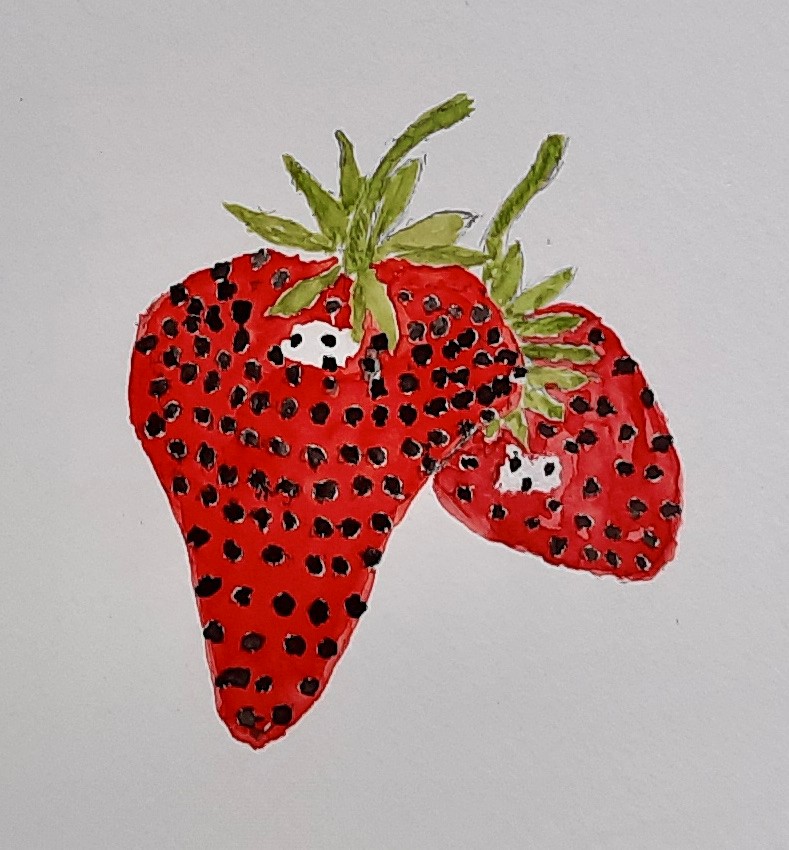 One man decided to focus on a bunch of strawberries, which he’s been eagerly studying for weeks in anticipation of them ripening. Now that they’re coming to harvest time, he felt it was the perfect moment to capture their vibrant scarlet hues, particularly as he suspects they may well be picked by himself and his fellow fruit enthusiasts soon!

Meanwhile, another lady, who has limited use of her hands, worked closely with Claire, who offered to paint on her behalf. After she took a liking to a particularly beautiful vase of flowers on one of the tables in the garden room, Claire recreated the display according to the lady’s observational cues. She then made the painting into a card, meaning the lady who joined her has since been able to appreciate the astrantia and its accompanying blooms on the ward too.

With so many activities once again going on the garden, Claire has heard many people relishing their ability to retreat to the oasis, understanding their appreciation and happiness with simply spending time outside. 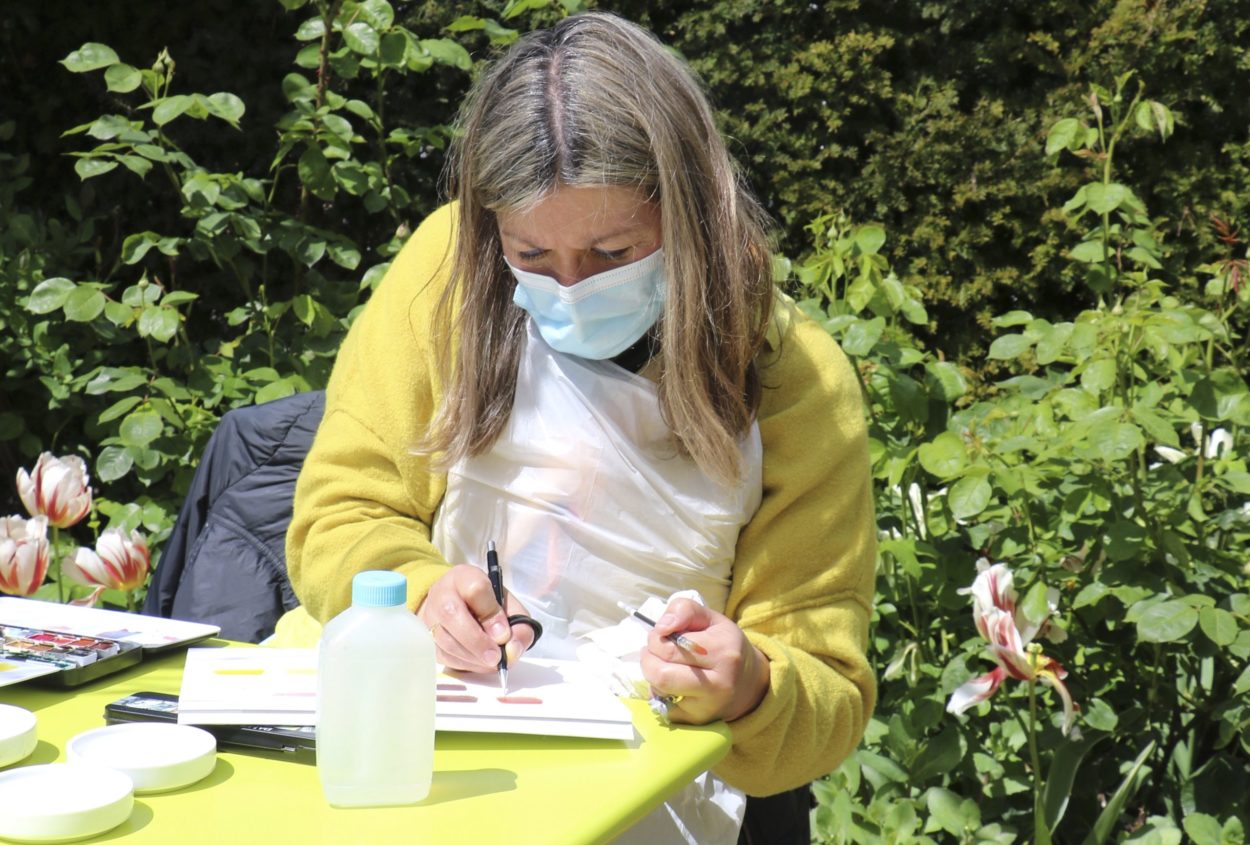 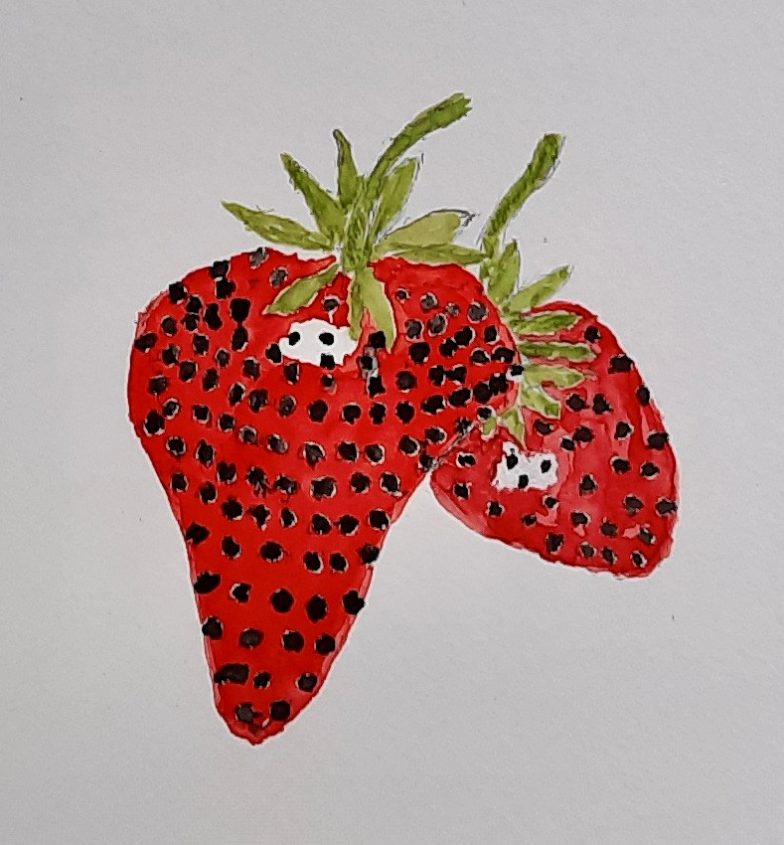 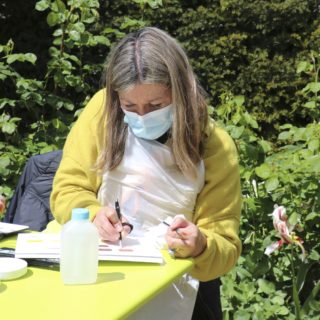 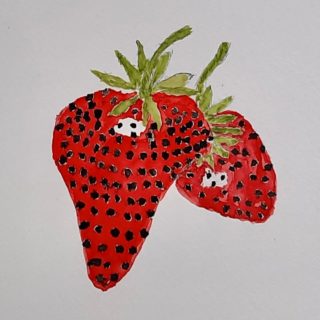 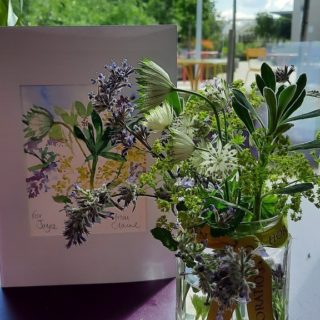