One hundred and seventy six cyclists set out on Sunday under clear blue skies with high spirits. They took part in the Chalke Valley Cycle Ride to raise funds for Horatio’s Garden.

The ride started in Horatio’s Garden and was opened by Claire Perry MP and Parliamentary Undersecretary of State for Transport. Cyclists chose either a 25 or 50 mile route through the stunning Chalke Valley, crossing the finishing line back in Horatio’s Garden where they were cheered by supporters. There was a barbecue, drinks and cakes waiting for them all.

The largest team participating were from Charterhouse School in Surrey, led by schoolmaster Tim Reynolds. The eighteen-strong group covered the 50 mile route, overcoming a few mechanical failures and six punctures on the way, raising the fantastic sum of £4,700 for the charity. Tim Reynolds said: “We were so impressed with the team atmosphere on the ride with all of the cyclists supporting and encouraging each other. It was a thoroughly enjoyable route through such beautiful countryside.”

Also riding were spinal surgeons from throughout the south of England whose hospitals send patients to Salisbury District Hospital’s spinal centre for specialist spinal rehabilitation.

Former patient, Ray Barker, completed the ride with his wife Sally. In August 2012 Ray went over the handlebars of his bicycle which damaged his neck and he was left with paralysed arms and legs. Luckily, Ray’s injury was not permanent and the couple returned last weekend to take part in the event. Ray said: “The ride had a really good feel – it was relaxed and really friendly. We’re glad to be able to support Horatio’s Garden.”

Thank you to all of the cyclists, supporters, volunteers and sponsors who made the event such a success. For pictures from the day, please visit the gallery. 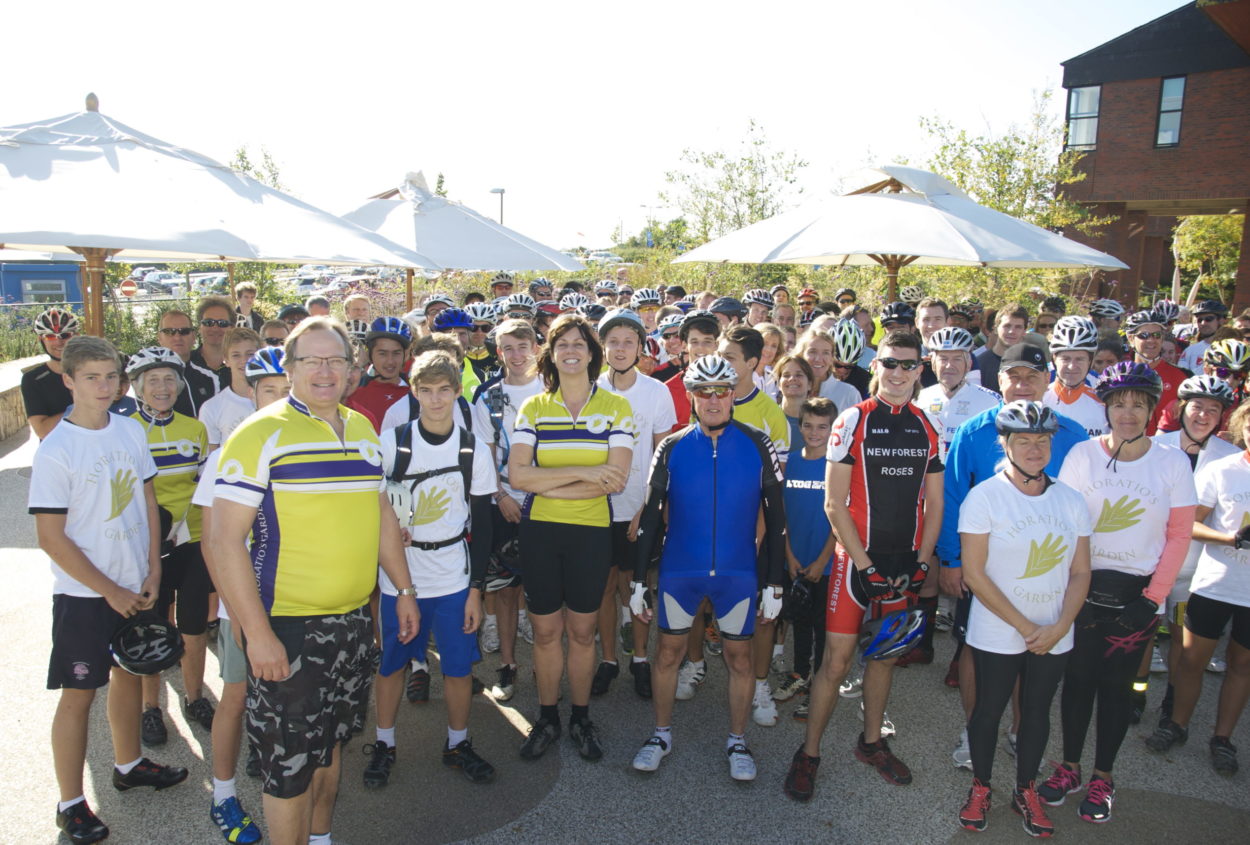 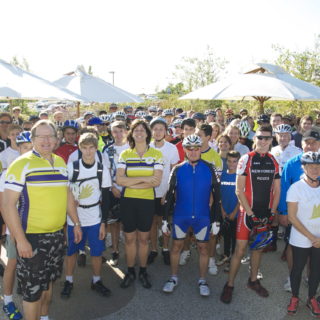