the story behind our new tea towel

Katy McIntyre-Brown has painted all her life.

Growing up between Highbury, North London and a rambling water mill on the Somerset coast, she was always drawn to the calming power of nature, particularly as it contrasted the harsh architectural forms of the city.

Her passion became her profession in 2005, when Katy and her young family moved to Kenya. Here, she found the wide open skies and wild birds a source of great inspiration and began to capture them drifting around safari tents and gathering in great noisy clouds on her studio veranda. As Katy began to hold regular exhibitions, she discovered many others who were equally captivated by the landscape and the life within it.

With heavy hearts, the family started a new chapter in their lives when they moved back to the UK in 2014. They settled in Hampshire, where Katy further pursued her creative calling by taking a Masters Degree in textile design at Winchester College of Art. Inspired by the likes of William Morris and C.F.A. Voysey, who were part of the Arts and Crafts movement, Katy learned to adapt her artistic ability to fabric and wallpapers.

And so begins the story of our brand new tea towel, which Katy has designed exclusively for Horatio’s Garden to celebrate spring and the arrival of summer.

Katy began by collaborating with each of our Head Gardeners, who advised her of which key plants were found in Horatio’s Garden throughout the months of May and June. She started to sketch the plants they suggested, and it soon became apparent that the flowers fell into two categories: larger blooms, such as Tulips and Peony, and the smaller, meadow flowers, such as Bee Orchid.

Katy felt the smaller, meadow flowers were not often included in floral designs, so chose to concentrate on these initially. She felt they were unique to focus on and would thus be eye-catching.

For the design, Katy’s colour choices were artfully guided by the charity’s branding and feature the striking Bee Orchid, Linaria (also known as Toad Flax), Camassia leichtlinii ‘Caerulea’ and, of course, bees. Katy felt it was important to illustrate the value of bees in our gardens and the importance of flowers such as these in supporting their population.

Her beautiful work continues to reflect the influence of the Arts and Crafts movement, with the tea towel featuring a ‘repeat’ design, which was the movement’s signature style.

We are enormously grateful to Katy for creating this wonderfully thoughtful product and hope that you all love it as much as we do. Katy is now considering designing a complimentary tea towel featuring the larger blooms too, so we’re excited to see where this creative journey may take us next. 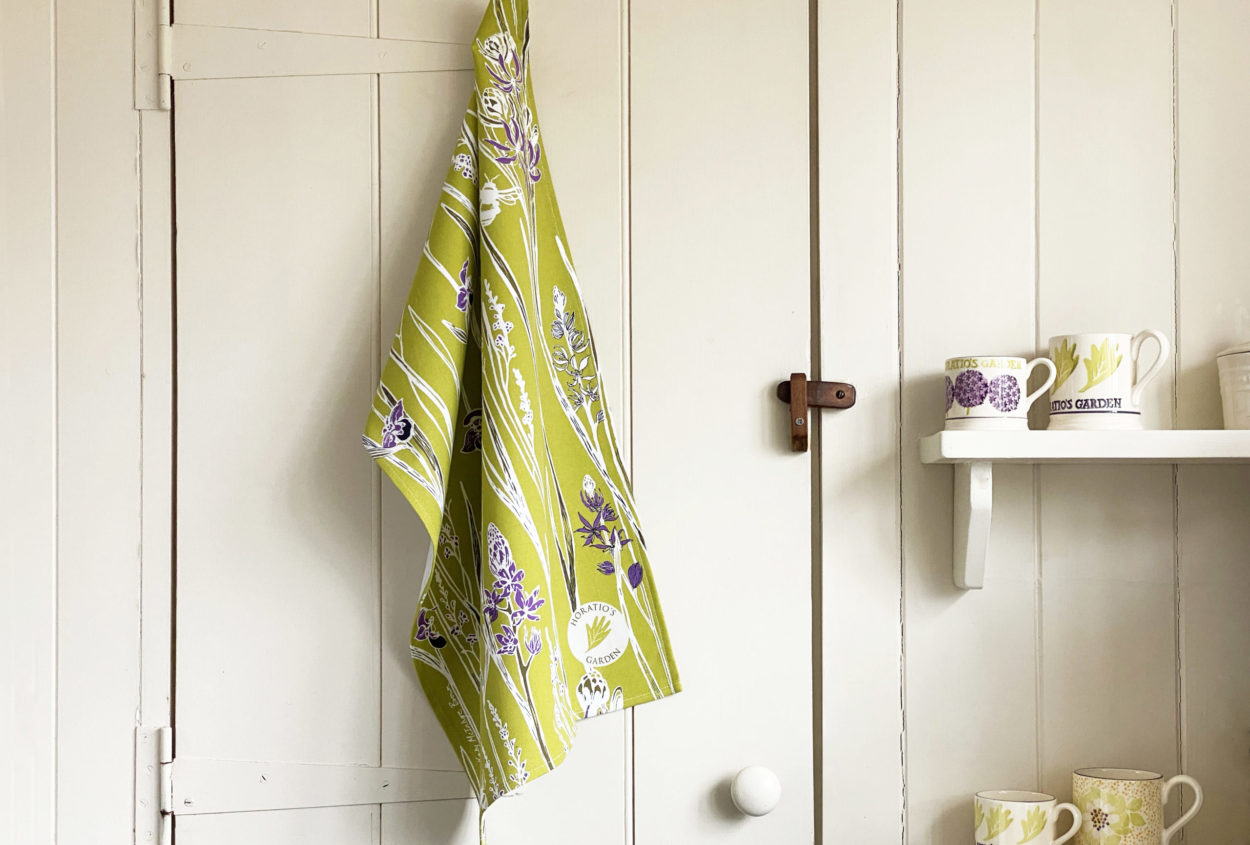 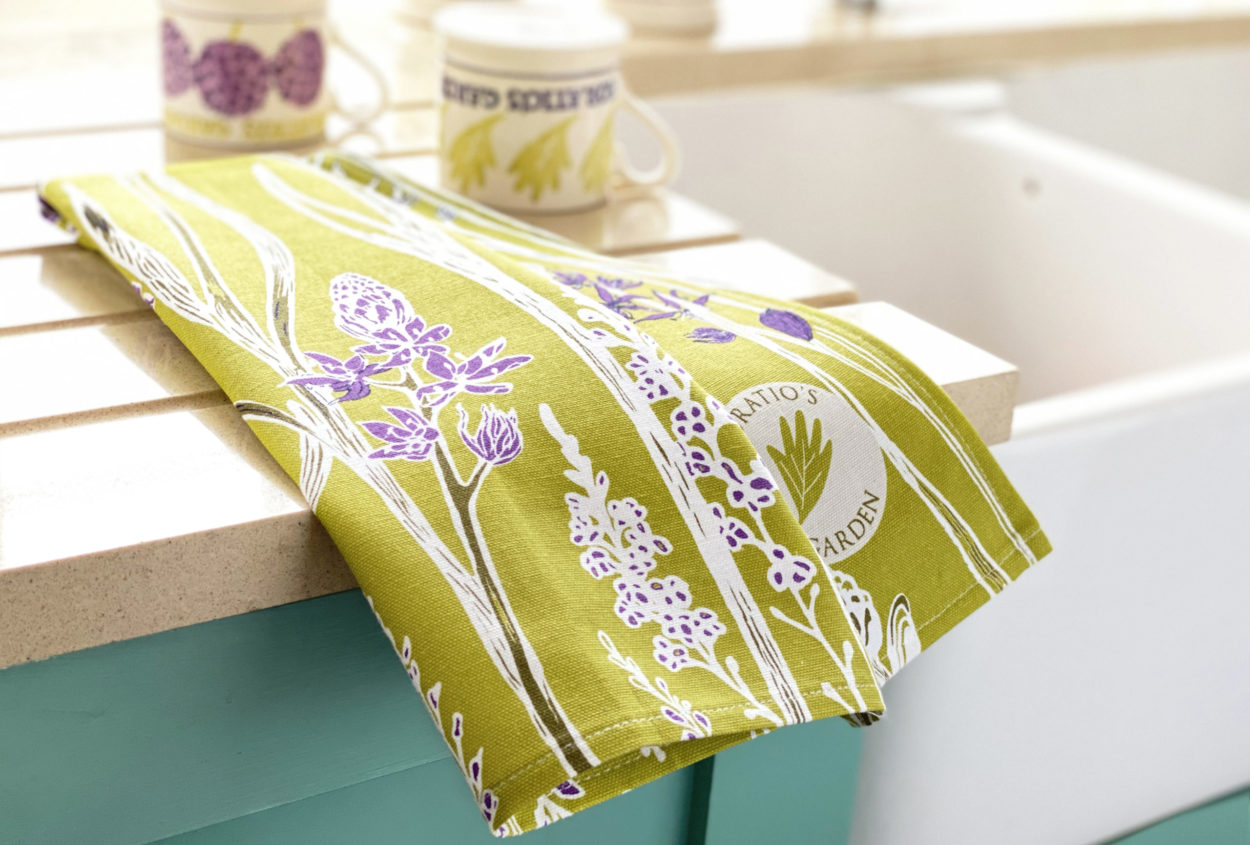 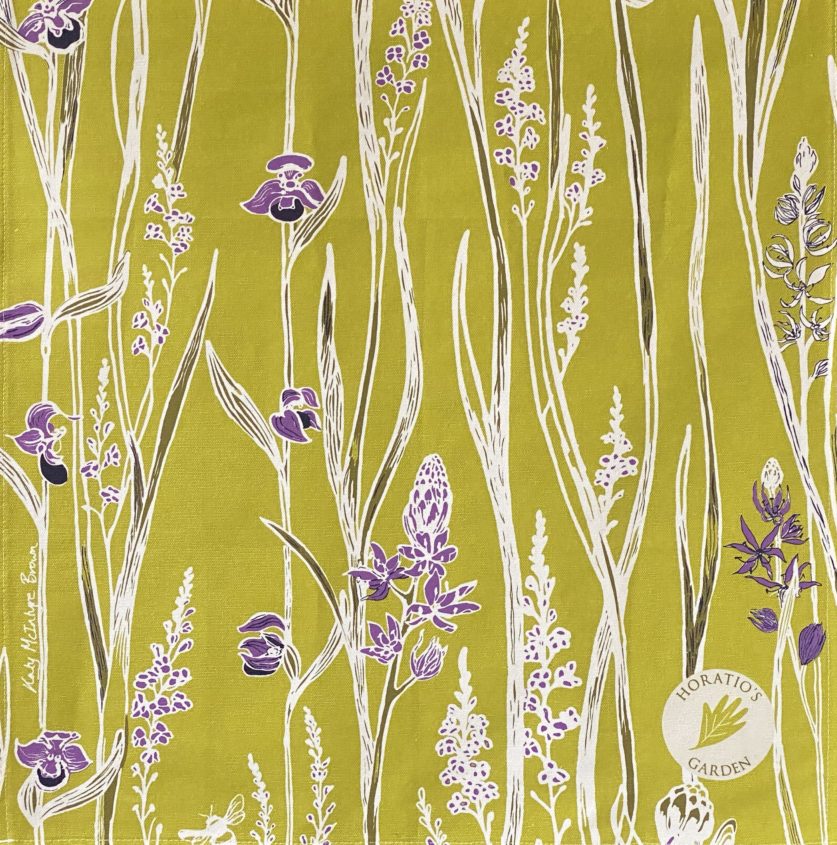 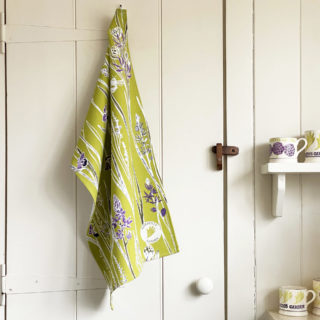 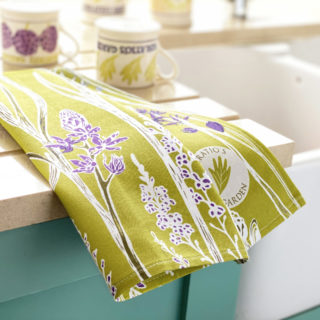 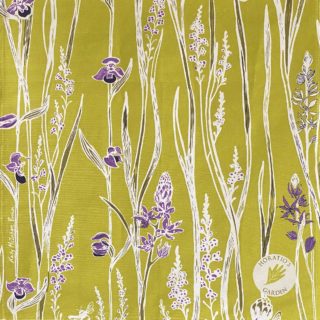