The end of January could only mean one thing and that was the return of the RSPB’s Big Garden Birdwatch!

The national nature survey took place across the weekend of Friday 29th January to Sunday 31st January and was simply about spending an hour outside with nature. All participants had to do to be involved was to count the birds seen in their gardens, or from their balconies, during the hour and then share what they found with the RSPB. 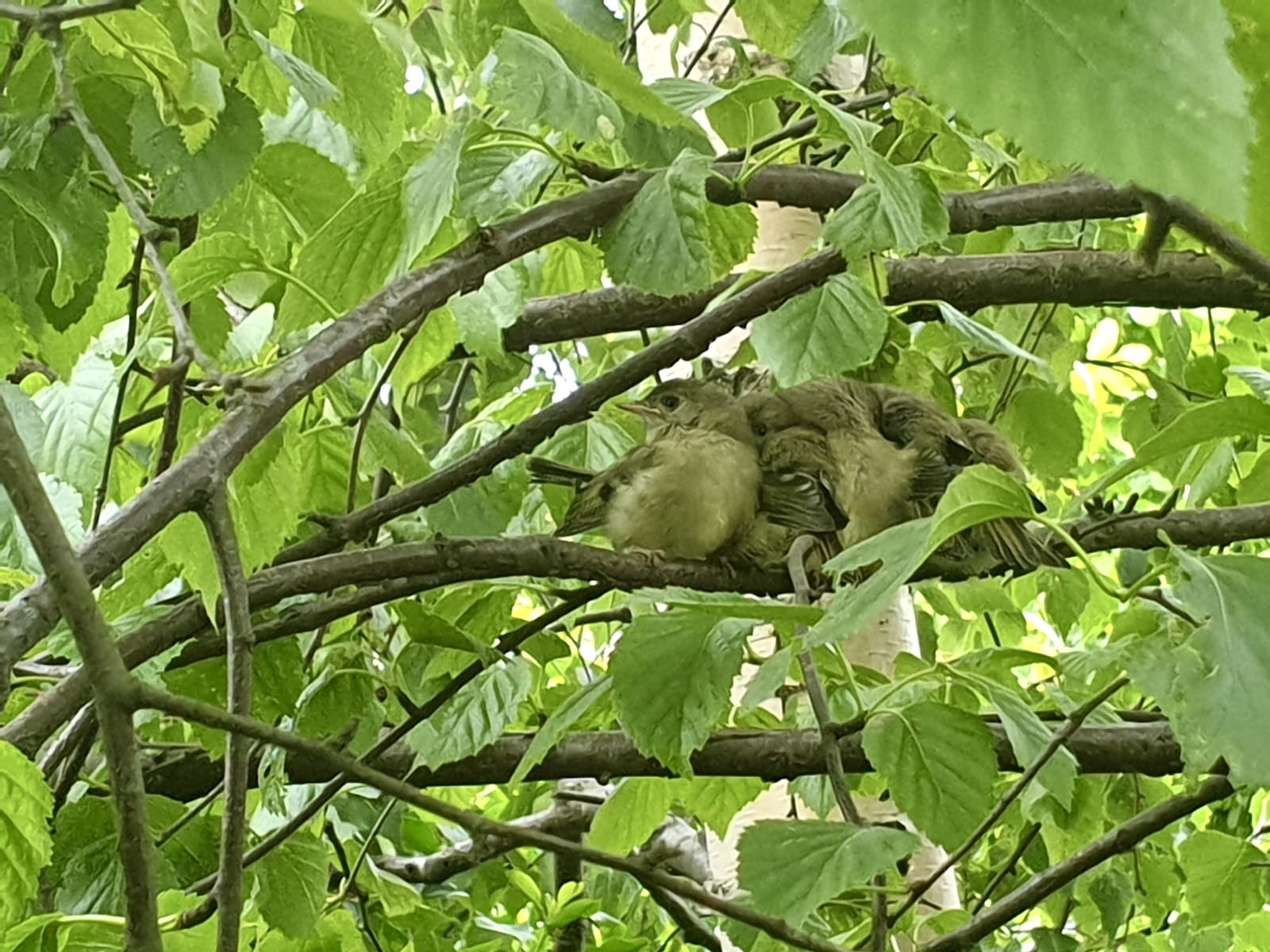 The Big Garden Birdwatch is a wonderful opportunity to discover the wildlife on your doorstep and every year thousands of people take part, including our very own gardens.

Across the country, our Head Gardeners gathered with patients in Horatio’s Garden to see which species they could spot and as it turned out, there were many waiting to be found!

Whilst the count is still to be confirmed in Horatio’s Garden Scotland, the rest have all shared their sightings.

Despite boasting an impressive bird population in Horatio’s Garden South West, with Head Gardener Stephen regularly counting over 50 house sparrows making themselves at home in the sanctuary, it seems they were typically all in hiding for the weekend.

Nevertheless, for a few wonderful hours Stephen and a group of patients watched various birds flitting around the garden, including Robins, Great Tits and a Woodpigeon. Whilst it may not have been a fair representation of the garden’s many resident warblers, the group agreed that they had nothing but admiration for the fact that their feathered friends had managed to figure out that they were being studied more than usual.

In Stoke Mandeville, the garden has been blessed with the presence of a resident robin, with the little flurry of feathers regularly visiting its favourite bird feeder. It’s closely watched, of course, by a pigeon, who makes the most of any spillages which happen to end up on the floor!

Both appeared during the Big Garden Birdwatch, with patients also spotting a variety of different species. Plenty of people took part both outside in the garden and from the ward, where some patients are currently shielding to protect themselves from Coronavirus. Together they spotted magpies, starlings and house sparrows, amongst others, with everyone joining in sharing that the calm activity had been both relaxing and fun.

A remarkably mild and sunny day in our Midlands garden in Oswestry meant that those who were able could sit outside to join in with the event for its duration, whilst those isolating were able to take part by watching from their windows.

Head Gardener Imogen ensured everyone was safe and comfortable, with all those involved very much enjoying spending an hour watching the birds feeding, fighting and flirting!

Whilst it appears that the group saw fewer birds than last year, Head Gardener Imogen suspects that many of them were hiding on account of this year’s watch being able to take place outside; as many patients shared, the sweet songs of a host of species could be heard, even if each voice’s owner couldn’t be observed.

Throughout the pleasant afternoon, those who had gathered discussed the beauty of winter and how wonderful it is to see many plants and animals using it as an opportunity to regenerate.

Everyone noticed the parallels between the life of nature and the lives we lead at this time of year, acknowledging that whilst there may not be a great deal happening on the surface, there’s plenty of life to be found when you look and listen closely enough. 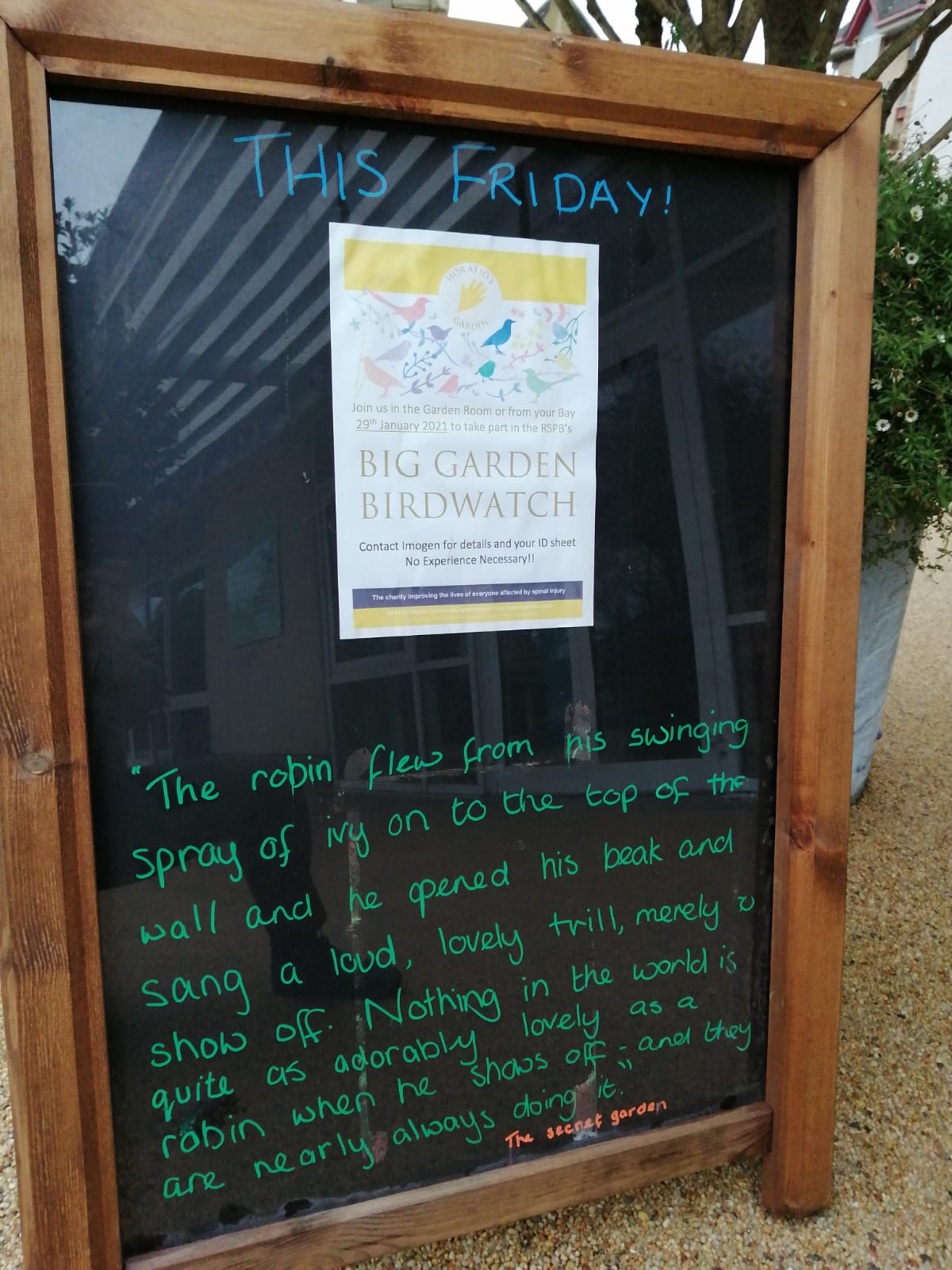 Meanwhile in the capital, a small gathering of safely distanced patients and volunteers joined Head Gardener Ashley Edwards and Garden Assistant Tracey McCarthy in the garden pods amongst the planting.

As the team have discovered over recent weeks, there are many nature enthusiasts among the new patients who have recently arrived at the spinal centre, all of whom were keen to be involved. One individual was particularly interested in taking part having taken to having his morning cup of tea in the garden room whilst watching the birds on the feeder.

Whilst you can only count the birds that land in the garden, the group were excited to see a red kite flying overhead, whilst they also appreciated observing the species who flitted down for long enough to explore the garden.

Among the range of birds were Nuthatches, Long Tailed-Tits and Parakeets, but the top spot went to the Blue Tit, with one patient counting 20 of the little birds making themselves at home!

If you would like to find out more about the RSPB Big Garden Birdwatch and start planning how to get involved next year, simply click here. 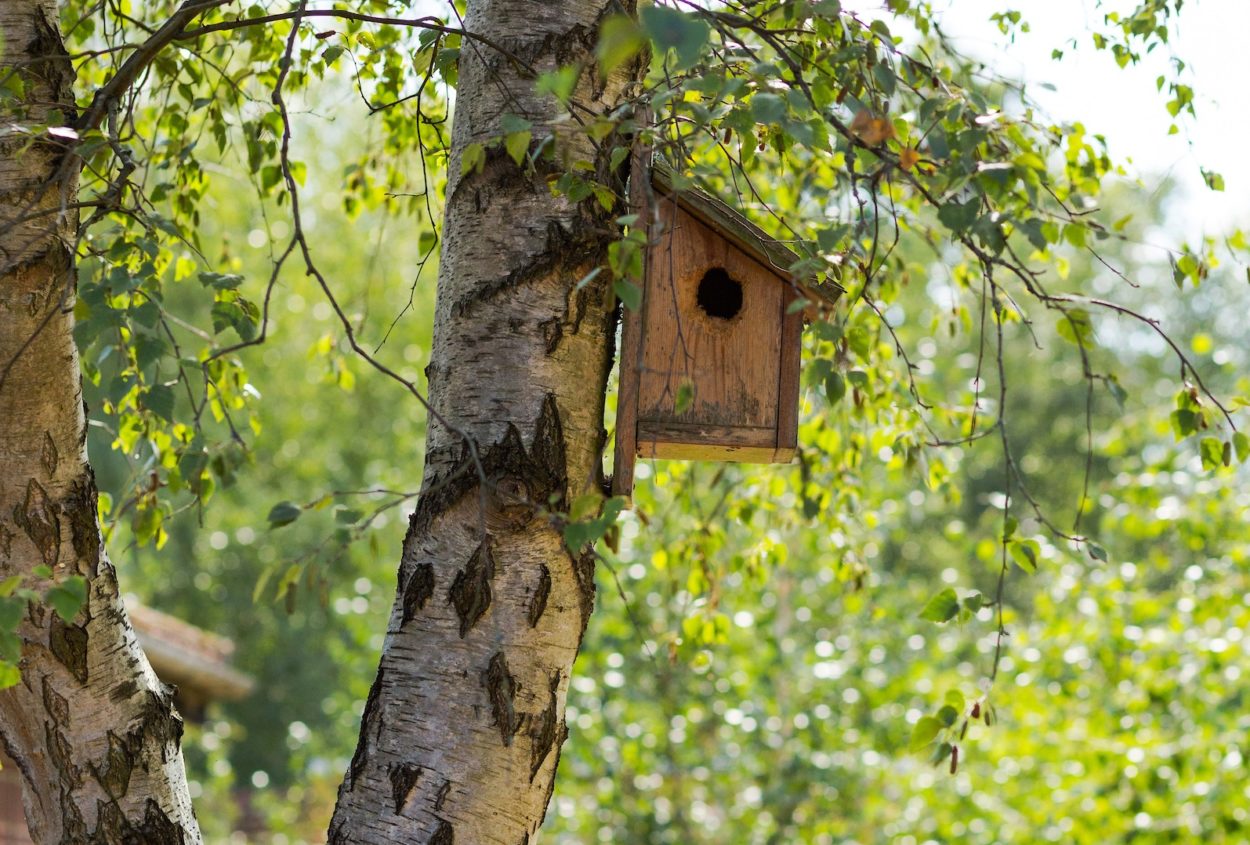 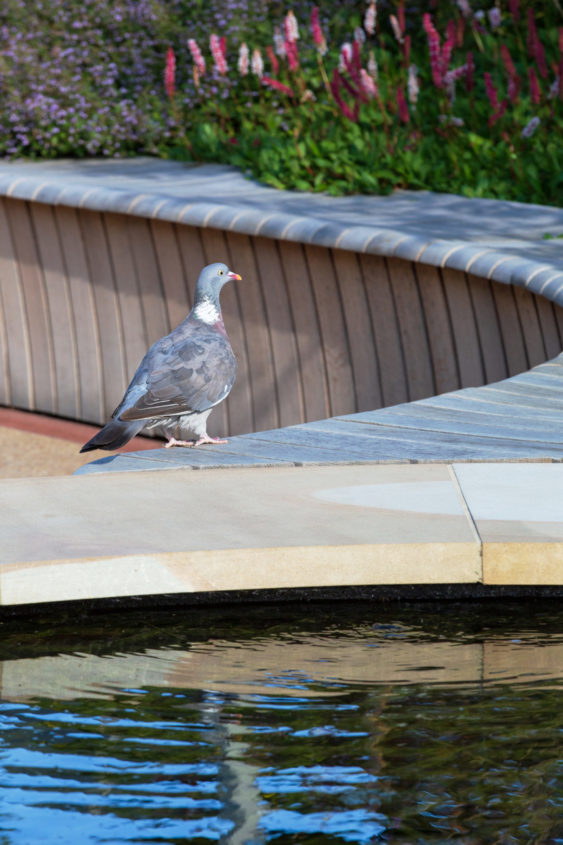 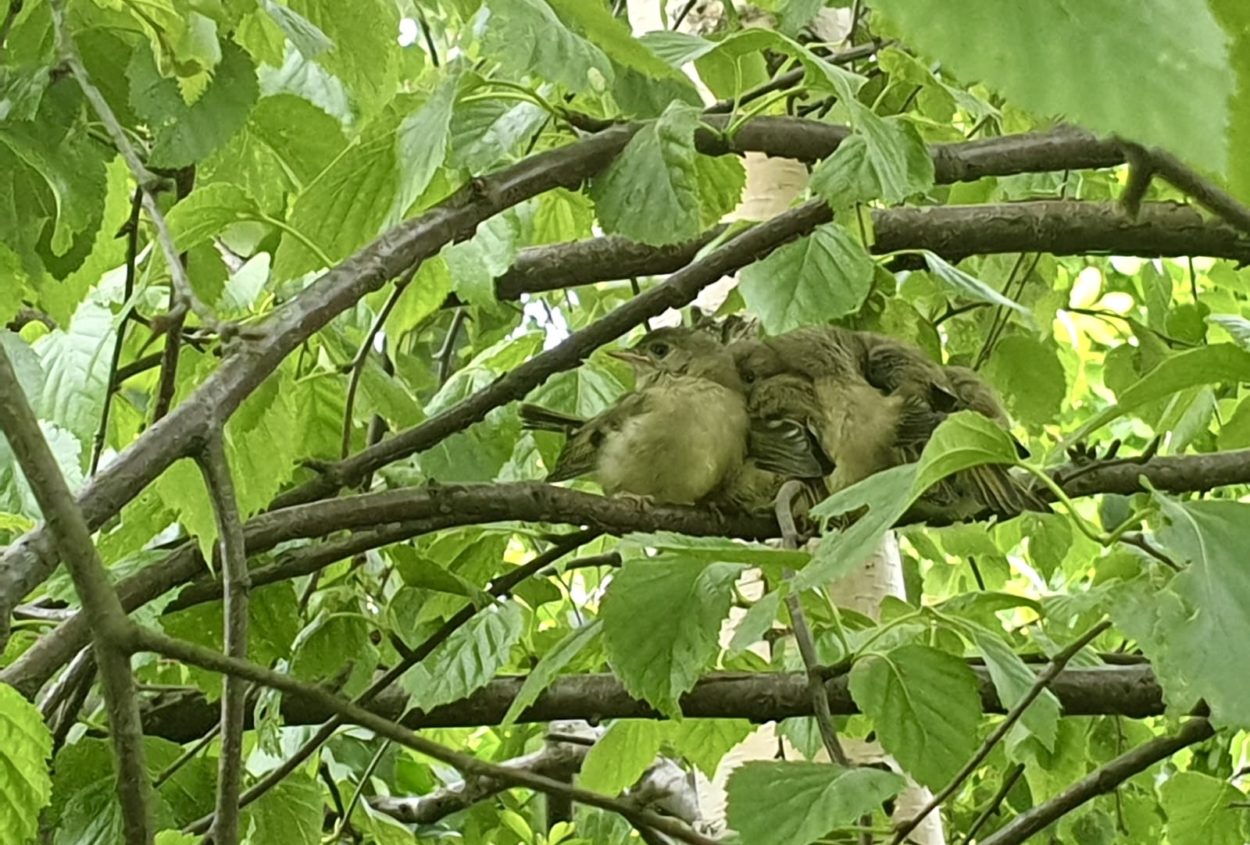 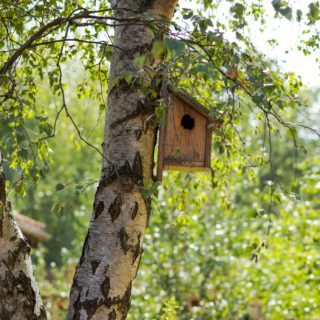 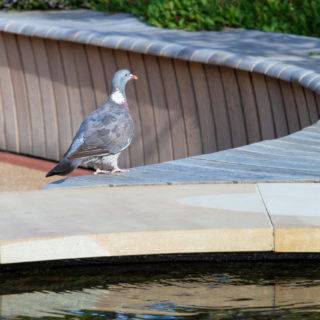 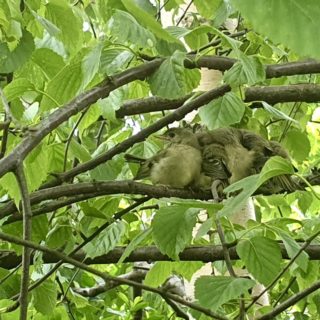