Coming to the UK aged 17, he studied for his degree in Hotel Management in London before returning to Ireland to work in many a hotel throughout his twenties.

When his wanderlust could be contained no longer, Rory decided to embark upon a world tour to celebrate his 30th birthday, taking in the sights and sounds of over 70 countries before settling in Switzerland for five years. 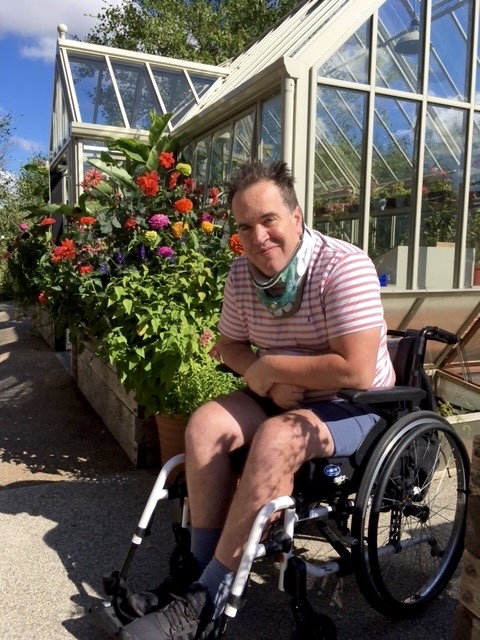 Inspired by his almost unparalleled experience travelling the globe, Rory decided to return to London to begin working in the travel industry.

Whilst Rory’s life had so far been full of fascinating journeys, in 2015 he embarked upon his greatest adventure yet.

He married Bene, originally from Nigeria, in Thailand in 2015 and together they now have two beautiful daughters, Keeva aged four and Feirin aged nine months.

The family lived a happy life in Westbury, near Bristol, with Rory establishing his own travel company, Keeva Travel, named after his daughter, in 2018.

Raising two young daughters meant Rory’s days looked a little different to those he spent abroad, but they were certainly no less fun.

One of Keeva’s favourite things to do was to play on the family’s trampoline with her Dad.

It was something that brought Rory a great deal of joy too, until one day, quite inexplicably, he sustained an incomplete C7 spinal cord injury whilst jumping with Keeva as he had done countless times before. 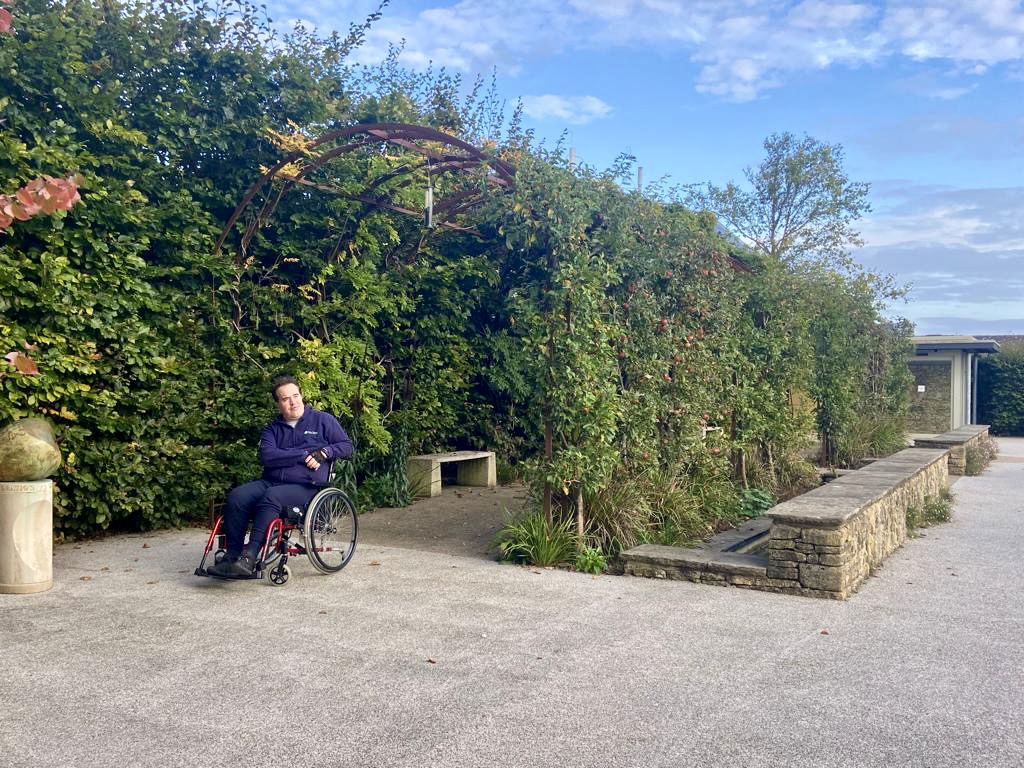 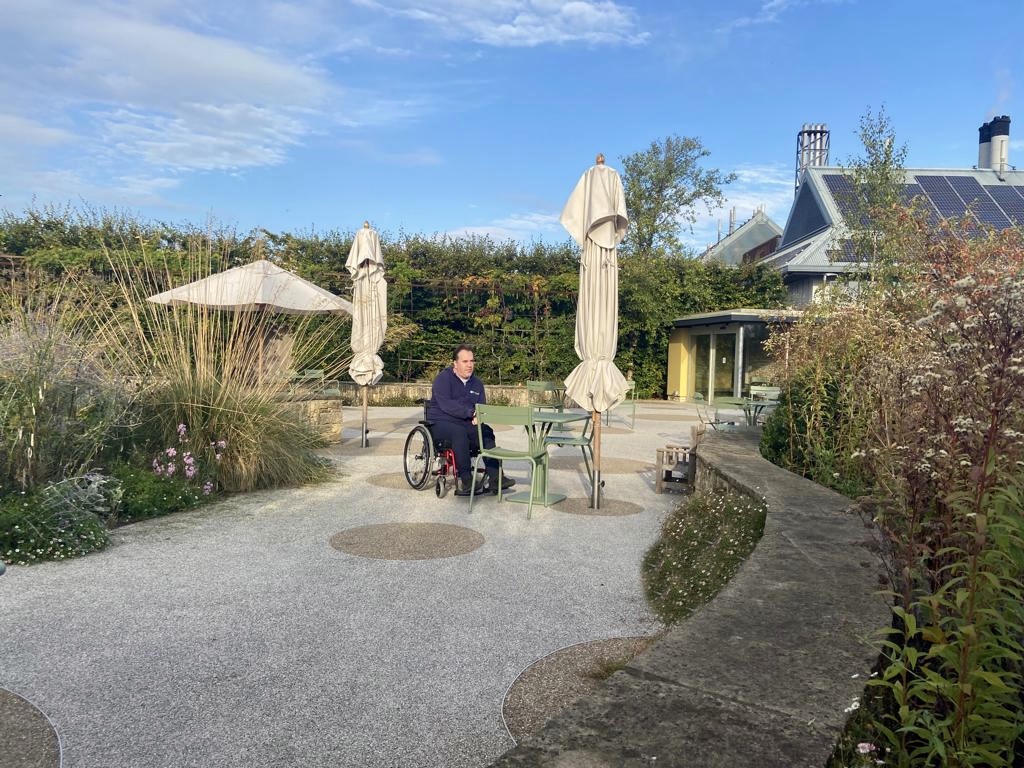 His unexpected injury led to him having an operation on Wednesday 23rd June.

Afterwards, he spent several weeks in the Intensive Care Unit in Bristol. It was whilst he lay here that he noticed one of the pieces of medical equipment was manufactured by a company called Starkstorm.

Always one to see the sunnier side of life, Rory connected the name to Stark, a character in Marvel’s Ironman films. There and then, he decided that whatever was happening to him was most definitely part of someone’s plan to make him a superhero!

Coming to the Duke of Cornwall Spinal Treatment Centre in Salisbury in late July, Rory was able to venture into Horatio’s Garden after five days alone in quarantine.

This was where we were lucky enough to meet him and where he generously told us his story.

“The garden is amazing because it helps to keep everyone’s spirits up. It’s so important with our kind of injury to stay positive.” 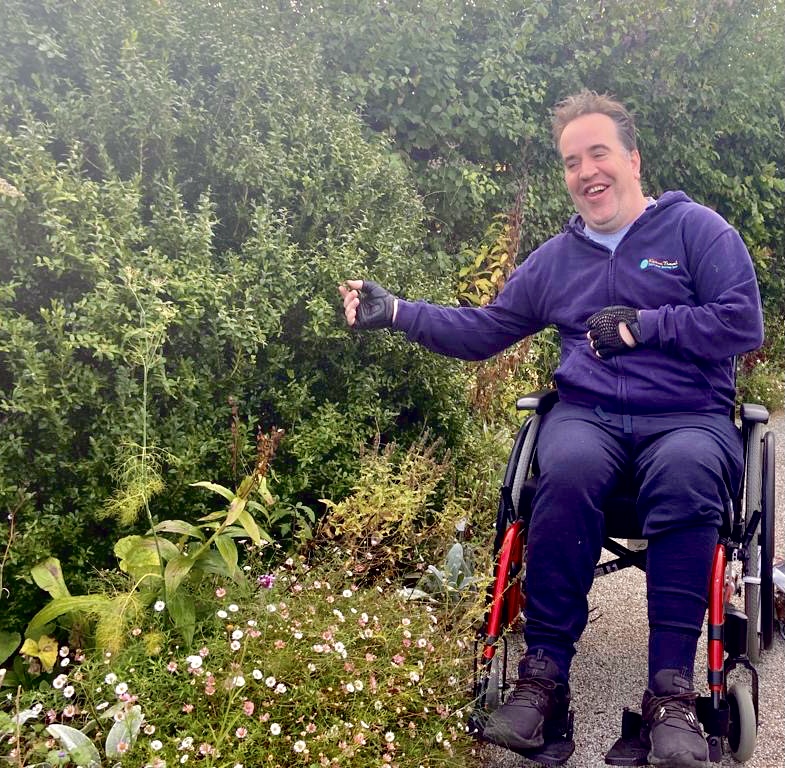 Visiting daily, he began to once again run Keeva Travel from his laptop in Horatio’s Garden.

In between planning other people’s trips to places far and wide, Rory always had time for those people who were nearest and dearest to him.

“I come down to the garden for a cup of tea and a chat with some of the other patients. It’s such a great way to meet people I wouldn’t have otherwise and somewhere we can have a good laugh.”

“It’s also wonderful for visitors to come to a joyful garden rather than a hospital. Spending time as a family together in Horatio’s Garden makes visiting a much happier occasion. The kids really love the garden too, as they get to run around and play on their scooters.”

Calling it an amazing place of solace, the friendships Rory made in the sanctuary were everything to him.

“It’s a great social place and everyone gets to know each other, especially in the evenings. A group of the chaps ordered a takeaway curry for a birthday bash here just last week!” 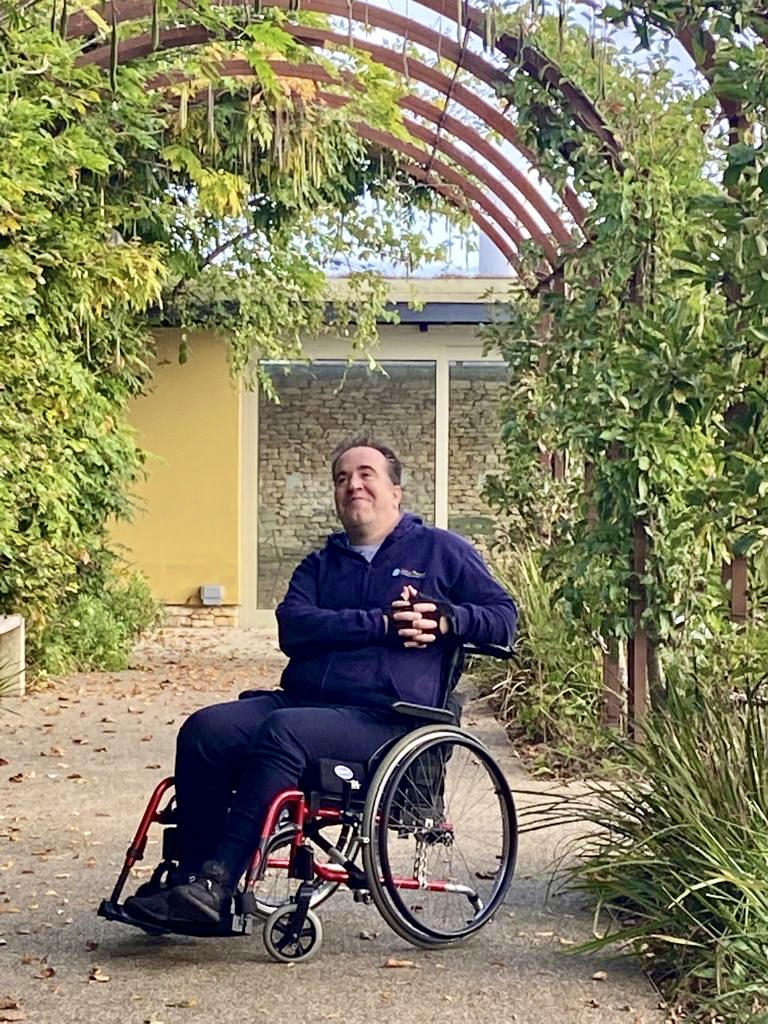 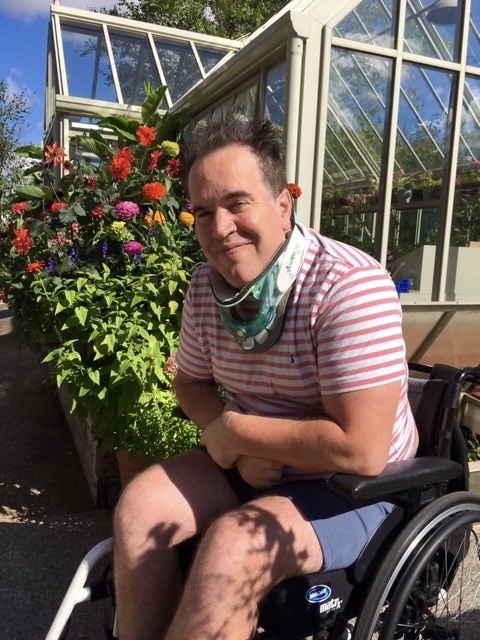 Aside from being able to while away the hours working and chatting with his newfound friends, Rory discovered the horticultural haven held other benefits too.

“It’s really helped with my rehabilitation. Things like using the kitchen in the garden room helps with confidence and independence.”

“Making transfers onto the benches outside was great too, whilst the paths help you get used to the wheelchair.”

“It was good for my mind and my wellbeing as well. I could forget about my injury and just have a laugh.”

With the travel industry starting to pick up, the remarkable days Rory spent exploring the world remain at the heart of his and his family’s future, as do the comparably few days Rory spent in Horatio’s Garden.

“Without the garden, I wouldn’t be here.” 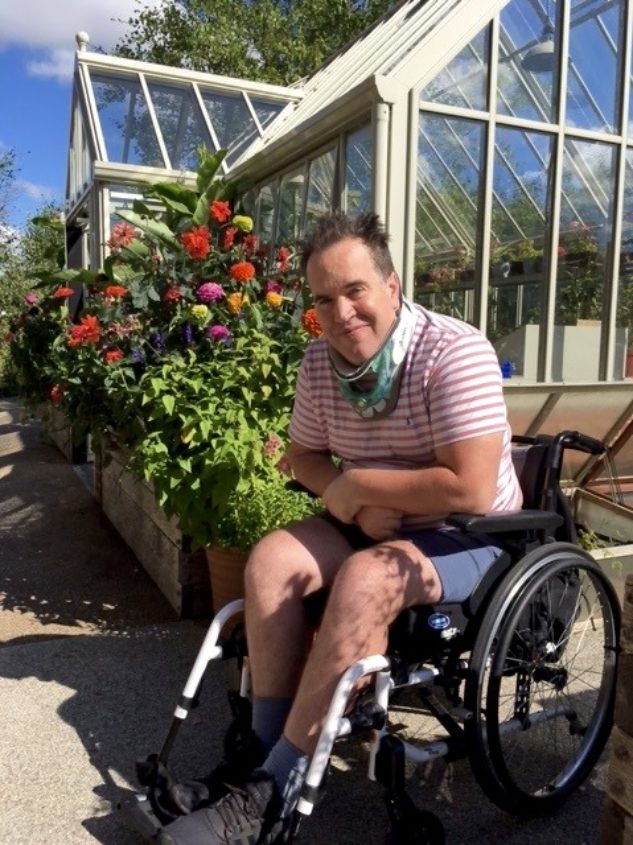 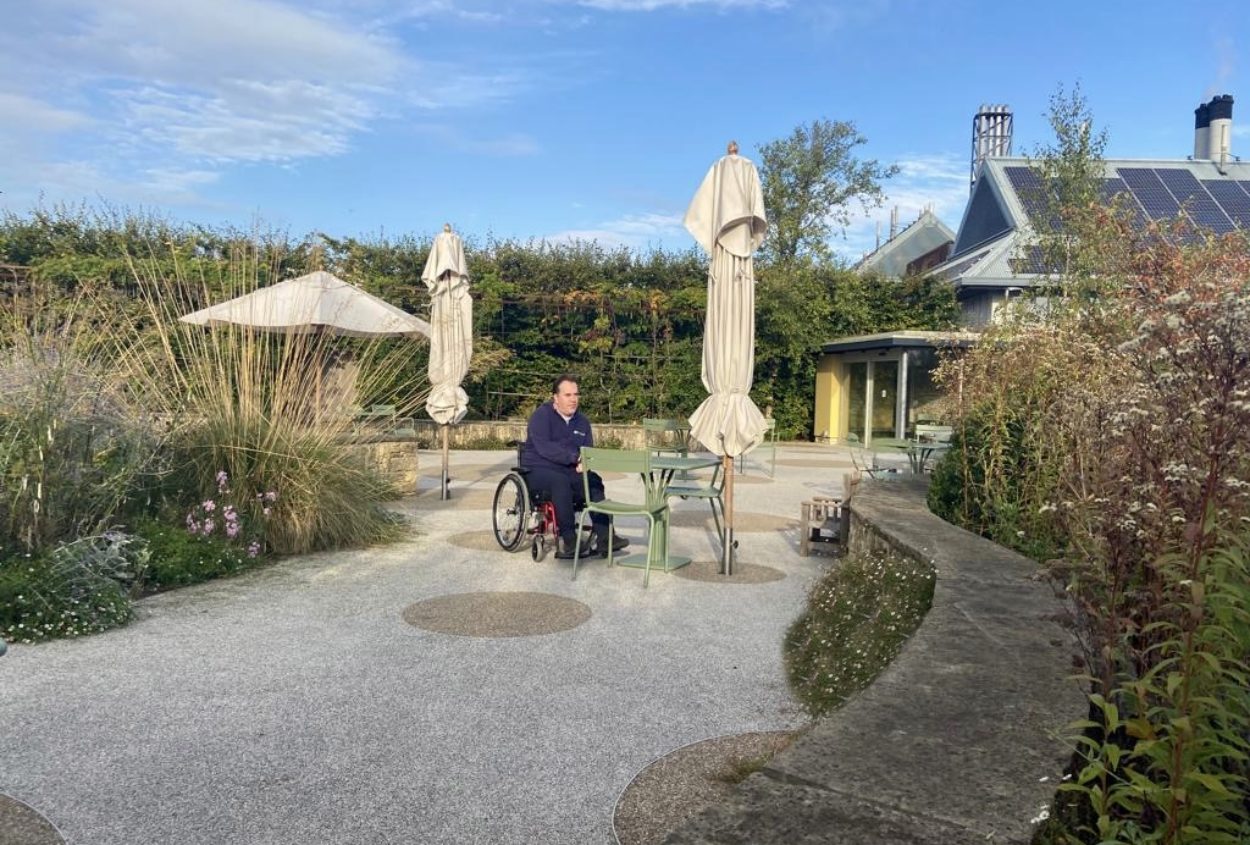 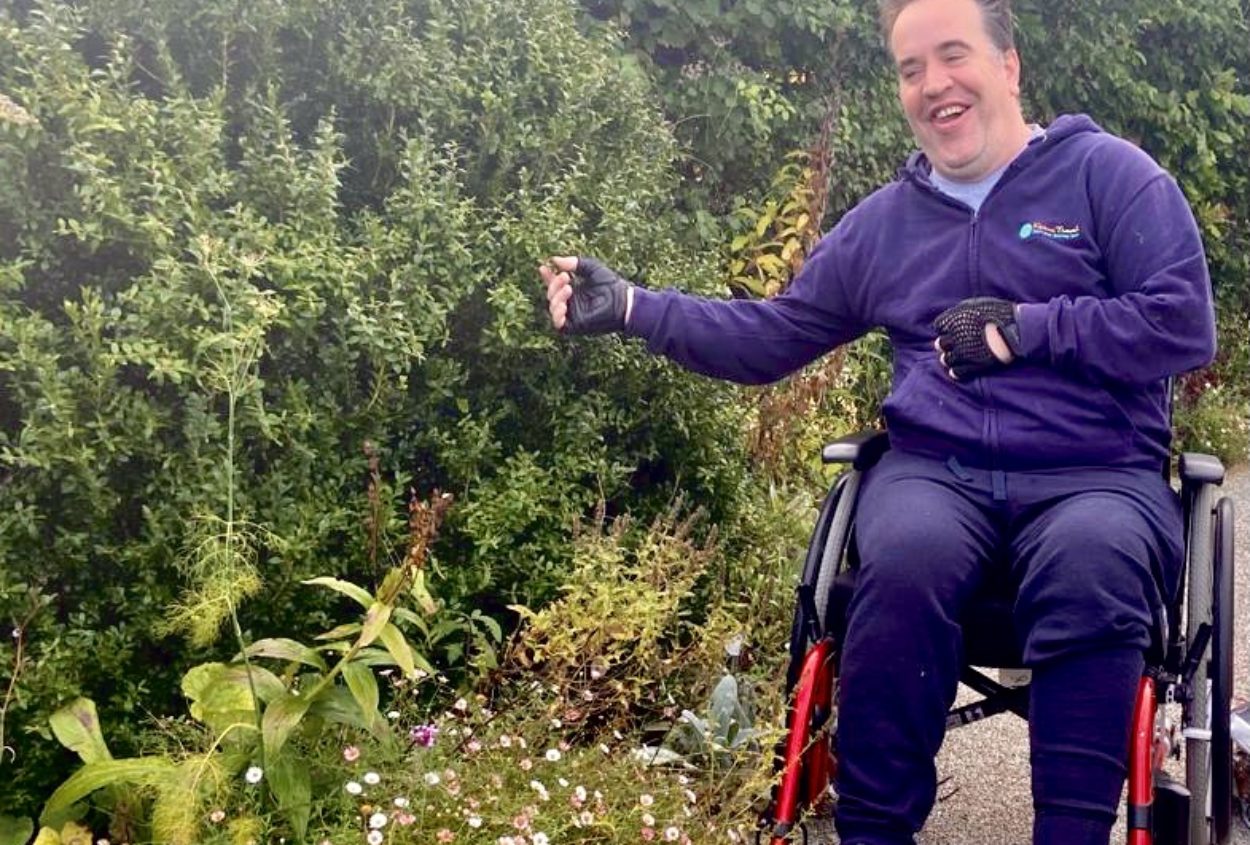 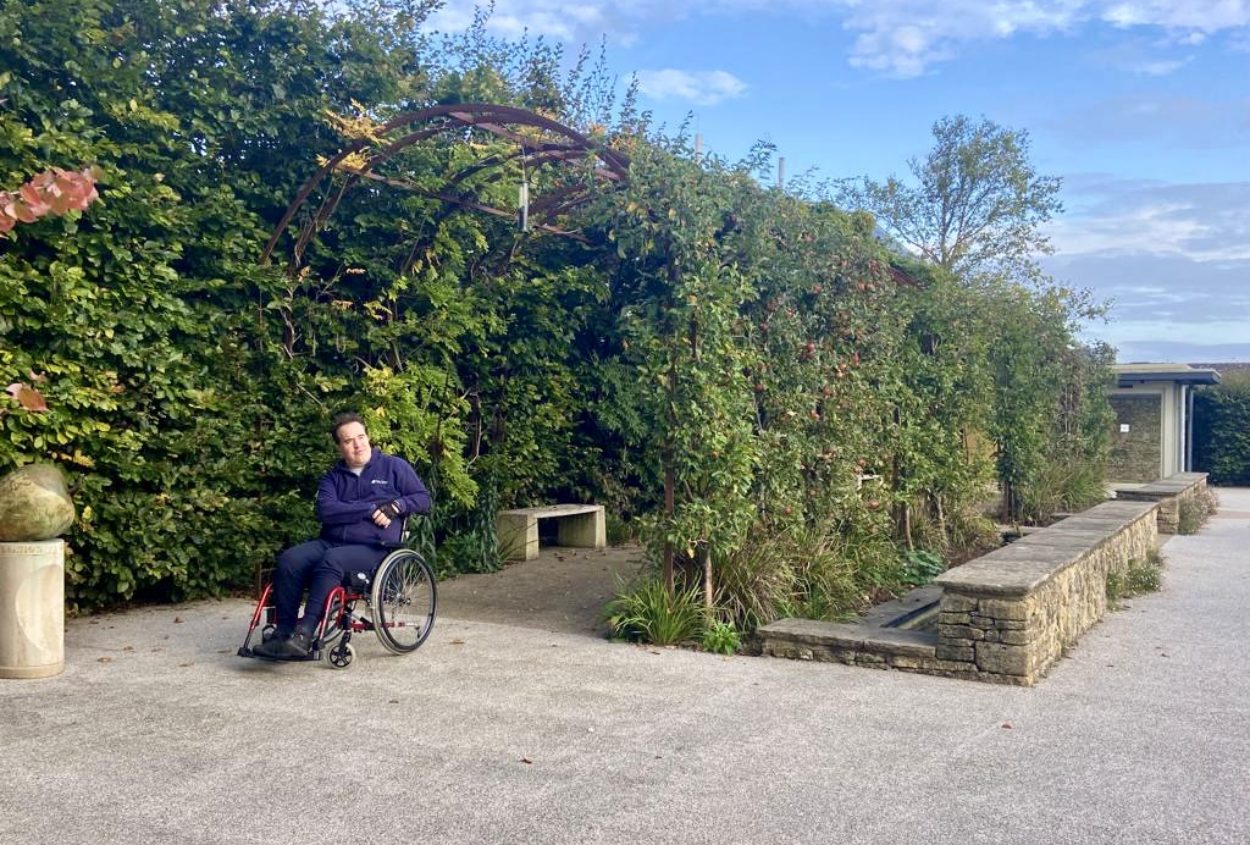 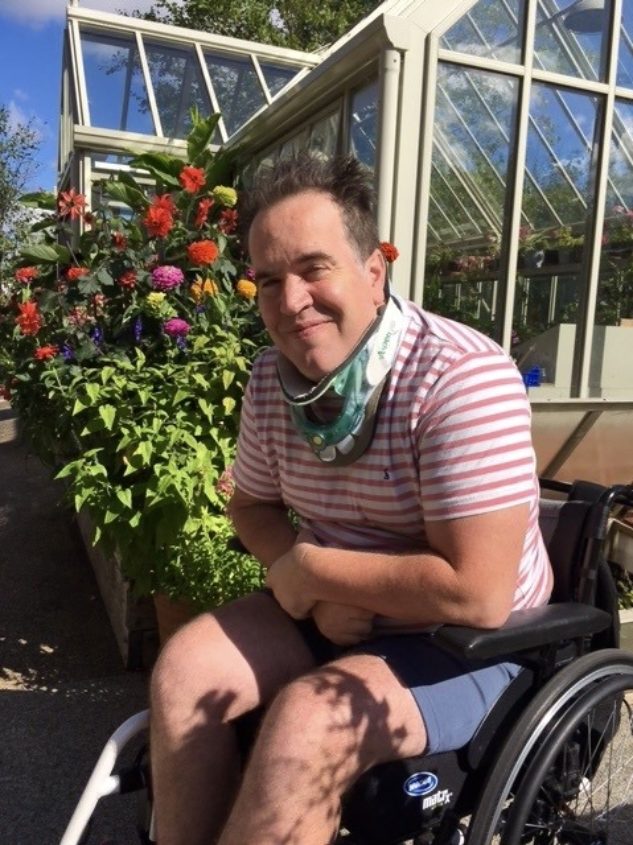 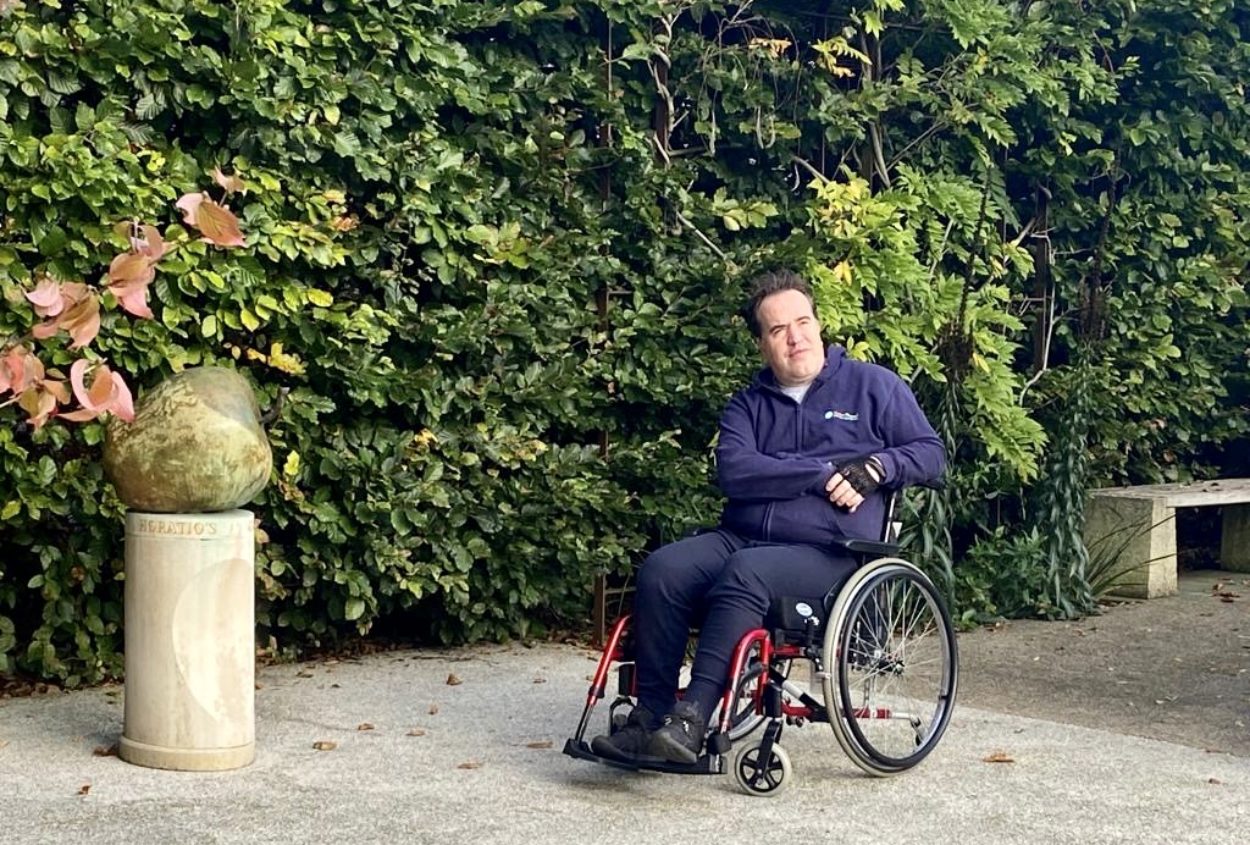 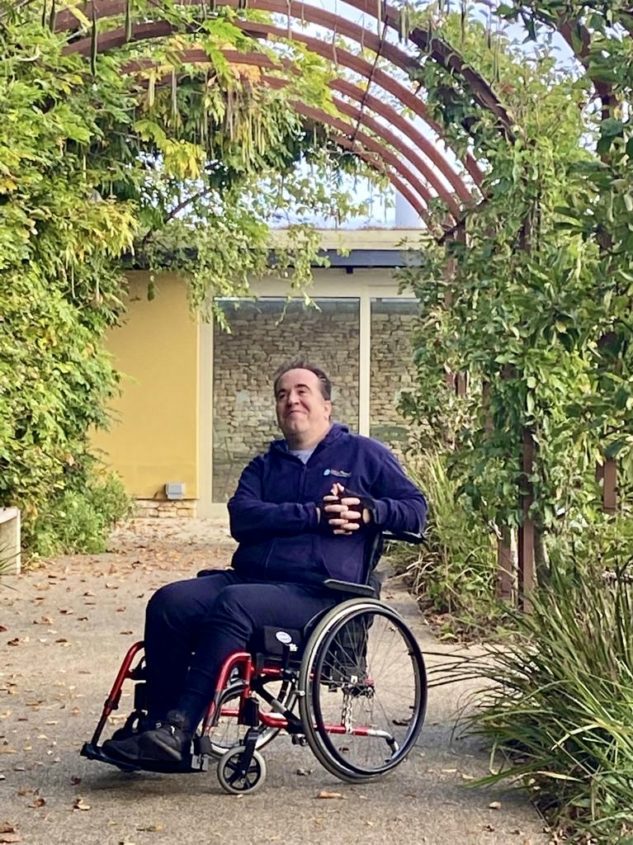 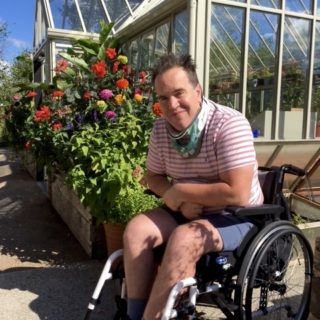 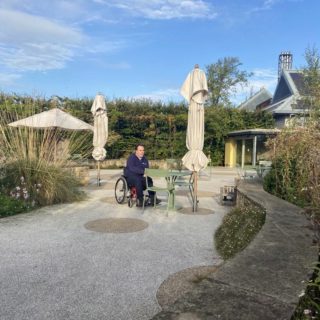 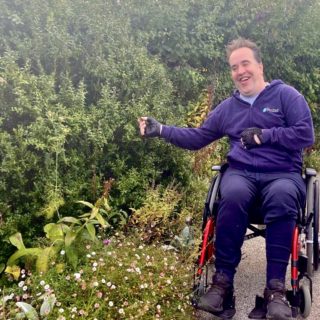 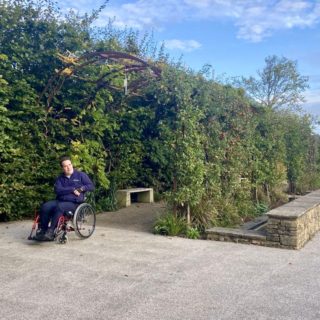 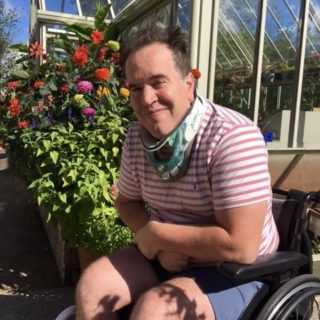 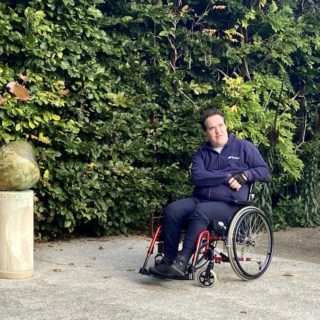 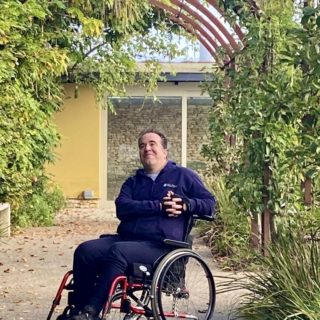