Those of you with keen memories may have noted that yesterday marked the first anniversary of the official opening of Horatio’s Garden Midlands in Oswestry!

Patients and staff of the Midland Centre for Spinal Injuries (MCSI) gathered for a small celebration in the garden, with Lady Trevor also attending on behalf of the Robert Jones and Agnes Hunt Orthopaedic Hospital’s (RJAH) League of Friends in her capacity as Vice Chairman.

The League of Friends have supported Horatio’s Garden Midlands from the very beginning, with Lady Trevor representing the organisation’s wonderful dedication to anything and everything that will improve the lives of the patients and staff at the hospital. The League of Friends remarkably raised and donated £260,000 to bring Horatio’s Garden Midlands to life and since the sanctuary opened have continued to support the charity, as well as patients and staff of the MCSI. 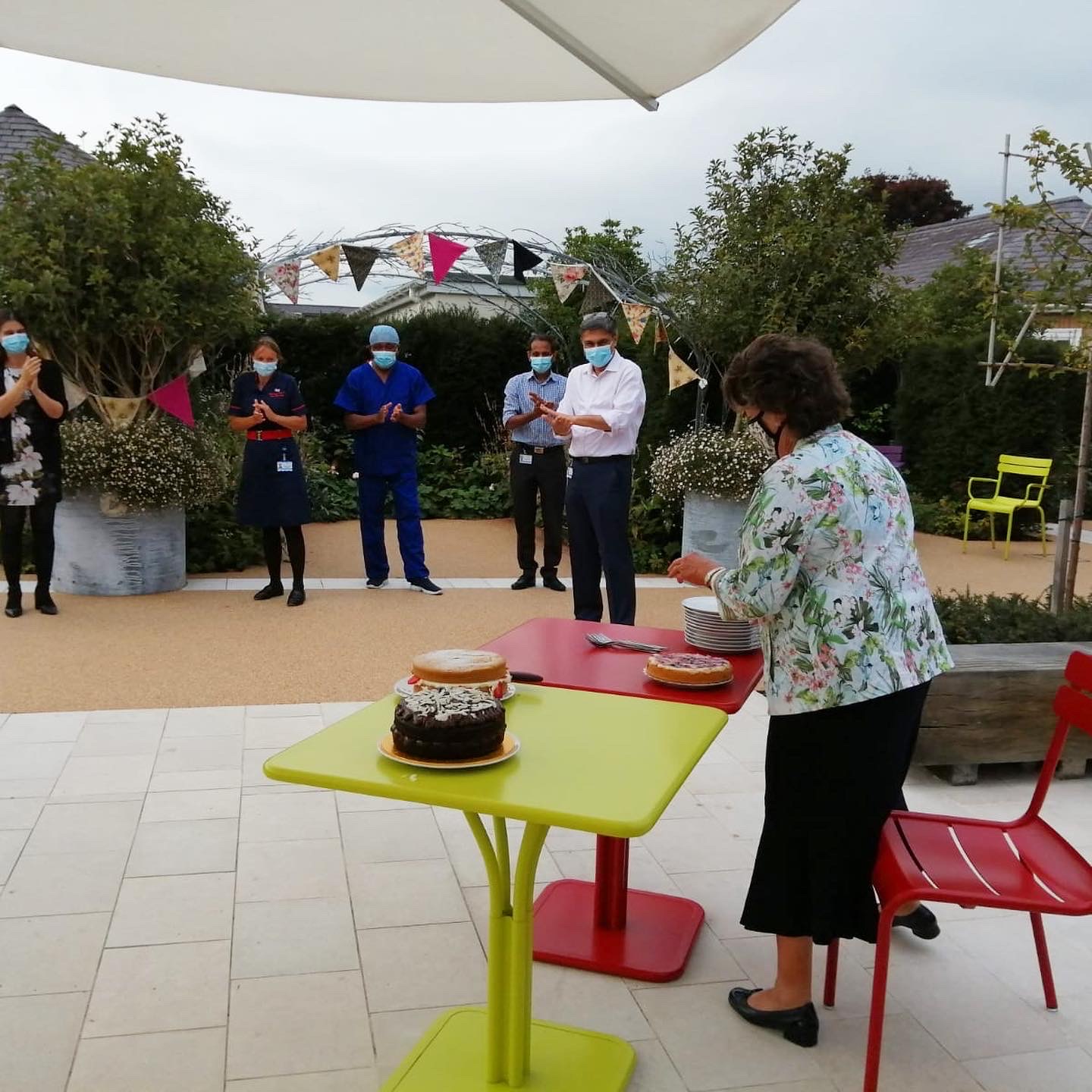 As part of the celebrations, Lady Trevor gave a lovely speech about how lucky the MCSI is to have Horatio’s Garden, a sentiment echoed by all the people who had kindly ventured out for this particularly happy, memorable day.

Following her speech, Lady Trevor began to cut the various delicious cakes from local Derwen College that had been amassed for the occasion, which was wonderfully reminiscent of last year’s official opening. 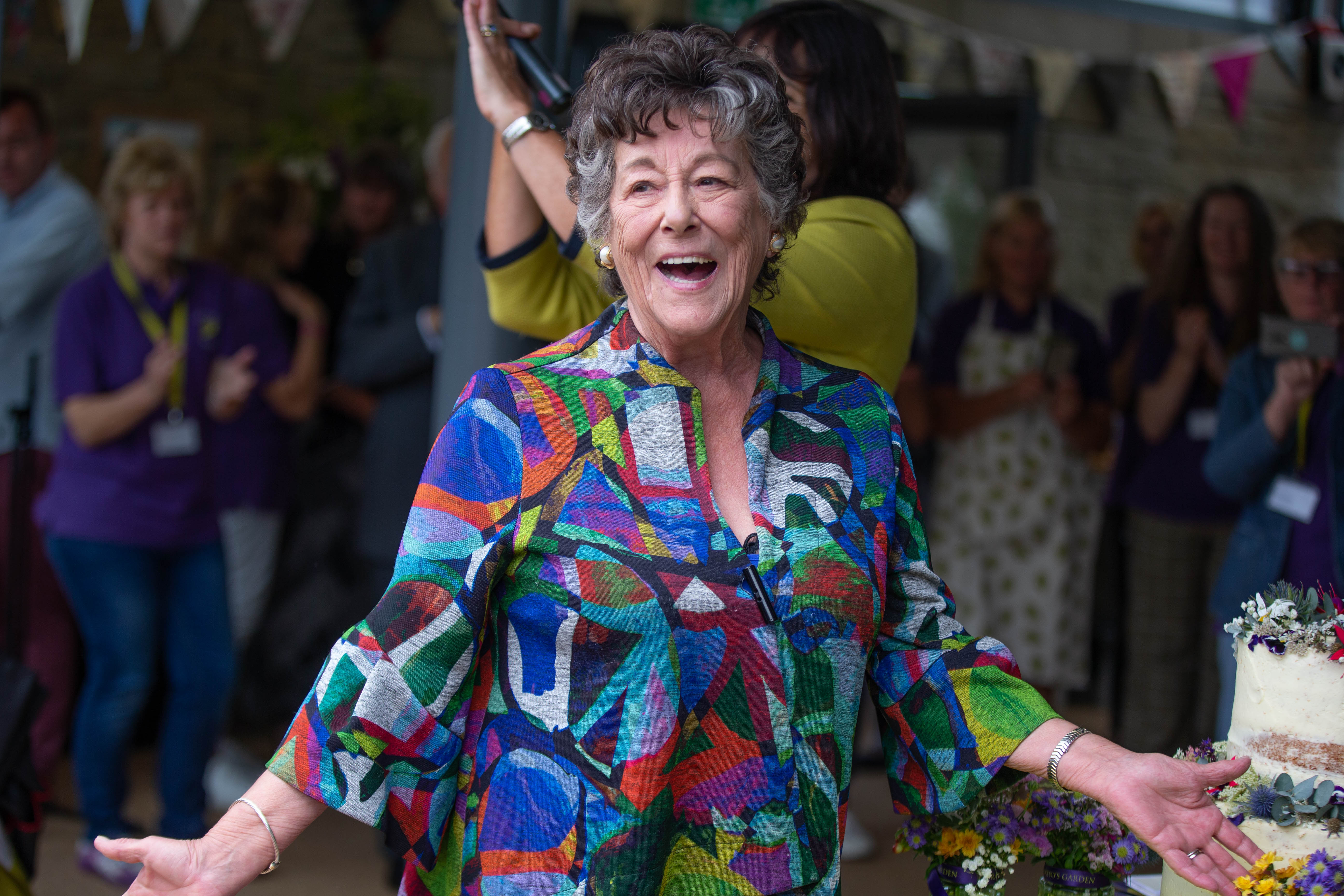 Ward Manager, Becky Warren, was of course in attendance, along with plenty of other staff members who all warmly enthused about the difference Horatio’s Garden has made throughout the past year, particularly in light of the challenges brought by the Coronavirus crisis.

Together with Head Gardener Imogen, Becky and her fellow staff members gladly assisted with the cake cutting, taking care to ensure every patient and staff member both in the garden and back inside on the ward would be able to enjoy the sweet treats on offer.

Volunteer Allan also kindly played guitar throughout the afternoon, providing a gentle soundtrack that made the event feel that little bit more special. The music was appreciated by everyone and it was just perfect to see so many people relaxing to the strums as they echoed across the garden. 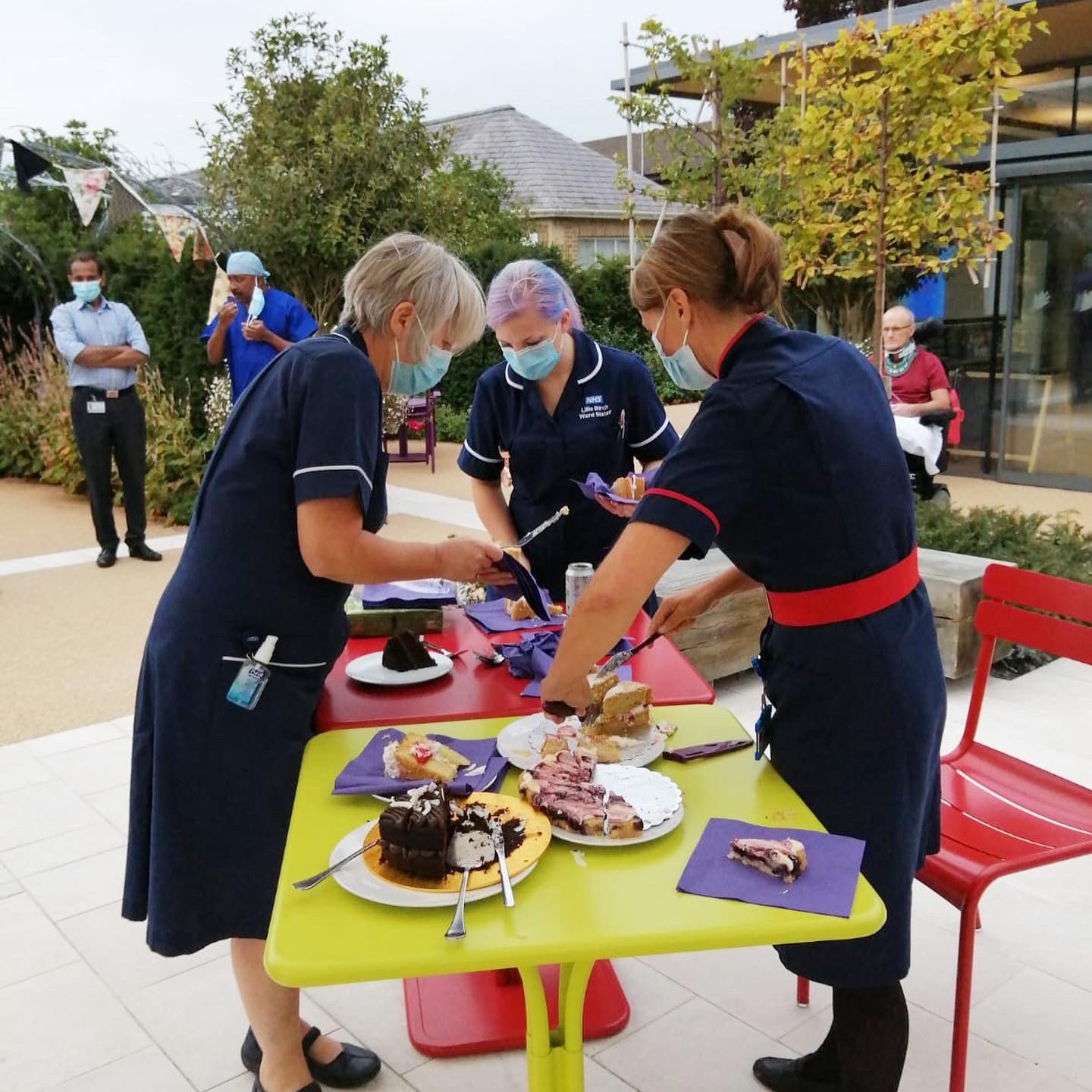 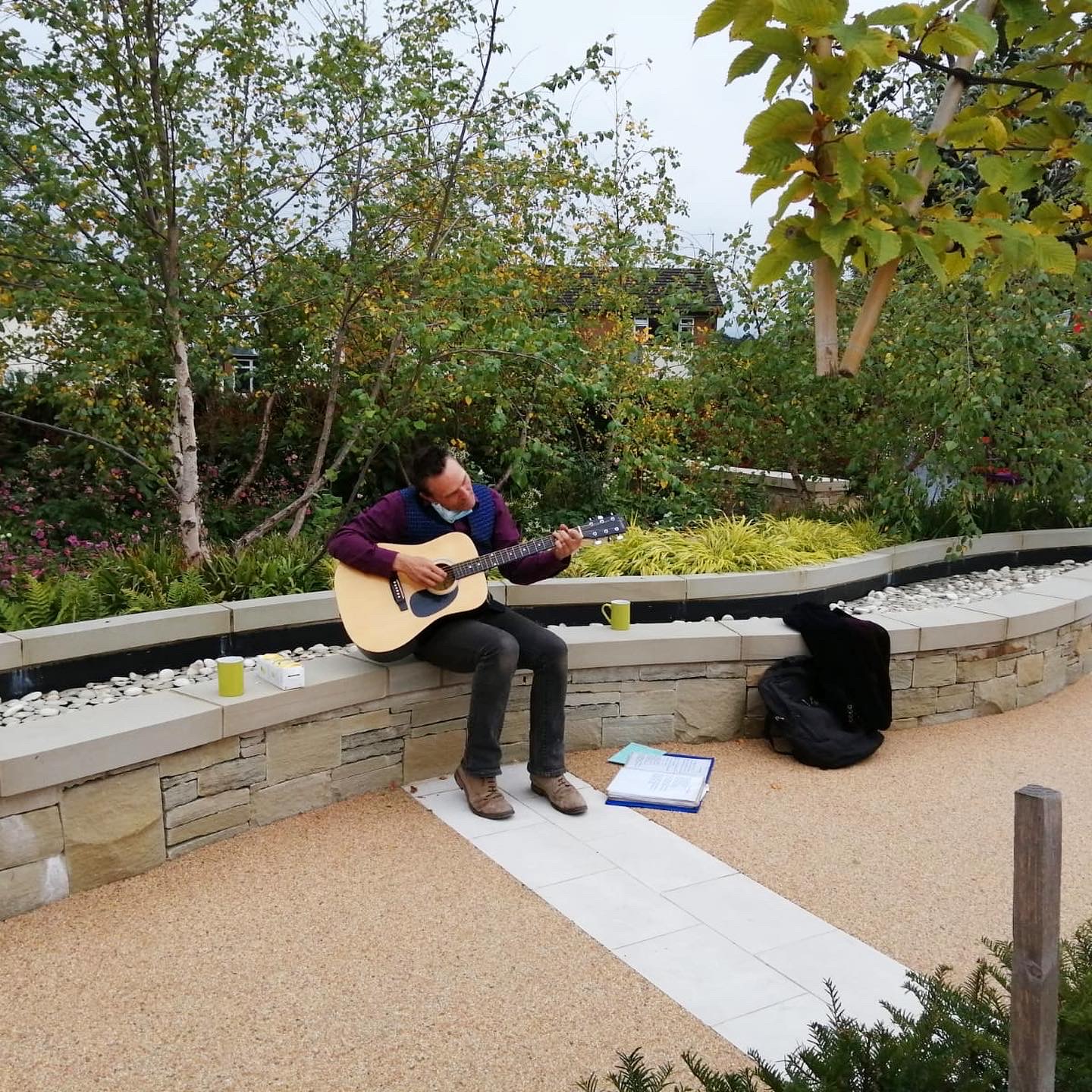 Thanks to Technical Instructor, Kate Betts and Ward Manager, Becky Warren, the day also became a source of online celebration! Together Kate and Becky created a special film which captured a series of fantastic moments to have taken place in the garden over the past 12 months. It included photos from last year’s official opening ceremony, as well as the Christmas dinner held in the garden room for patients last December.

The caption from Kate alongside the film on Twitter summed it up perfectly, reading ‘Our first-year anniversary in Horatio’s Garden. What an amazing year it has been. It has changed our patients’, visitors’ and staff’s lives forever. Our garden volunteers are absolute stars.’

Prior to the anniversary celebrations, Horatio’s Garden Midlands has continued to be appreciated by patients and staff throughout August and September.

Head Gardener Imogen has welcomed many new patients to her regular horticultural therapy sessions, with activities this month focussing largely on dead-heading and collecting the garden’s fruits and vegetables. One particular patient spent a gorgeous afternoon in the garden with Imogen harvesting tomatoes, which was a lot of fun and resulted in a delicious crop that’s since been enjoyed by everyone visiting the garden! 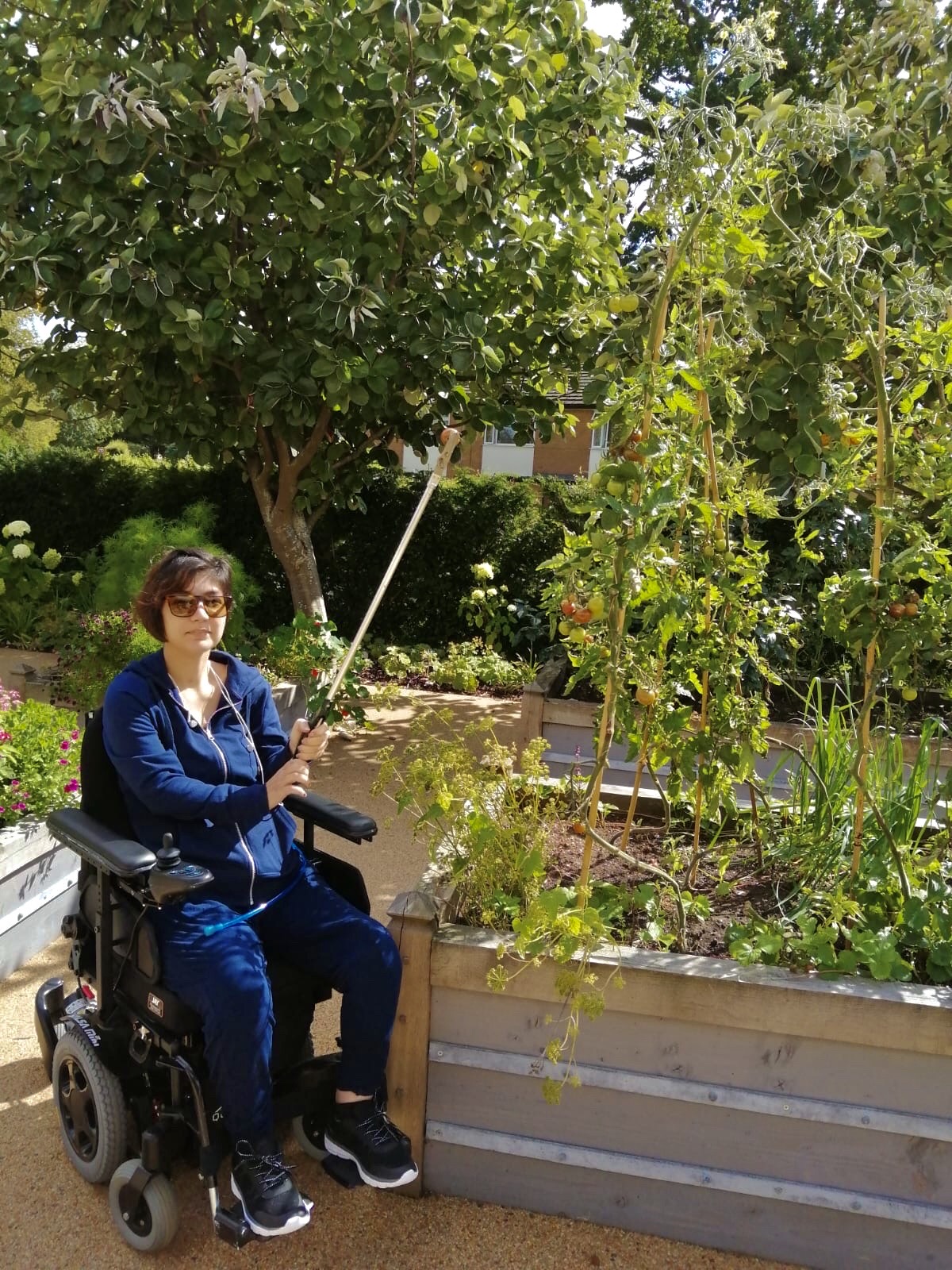 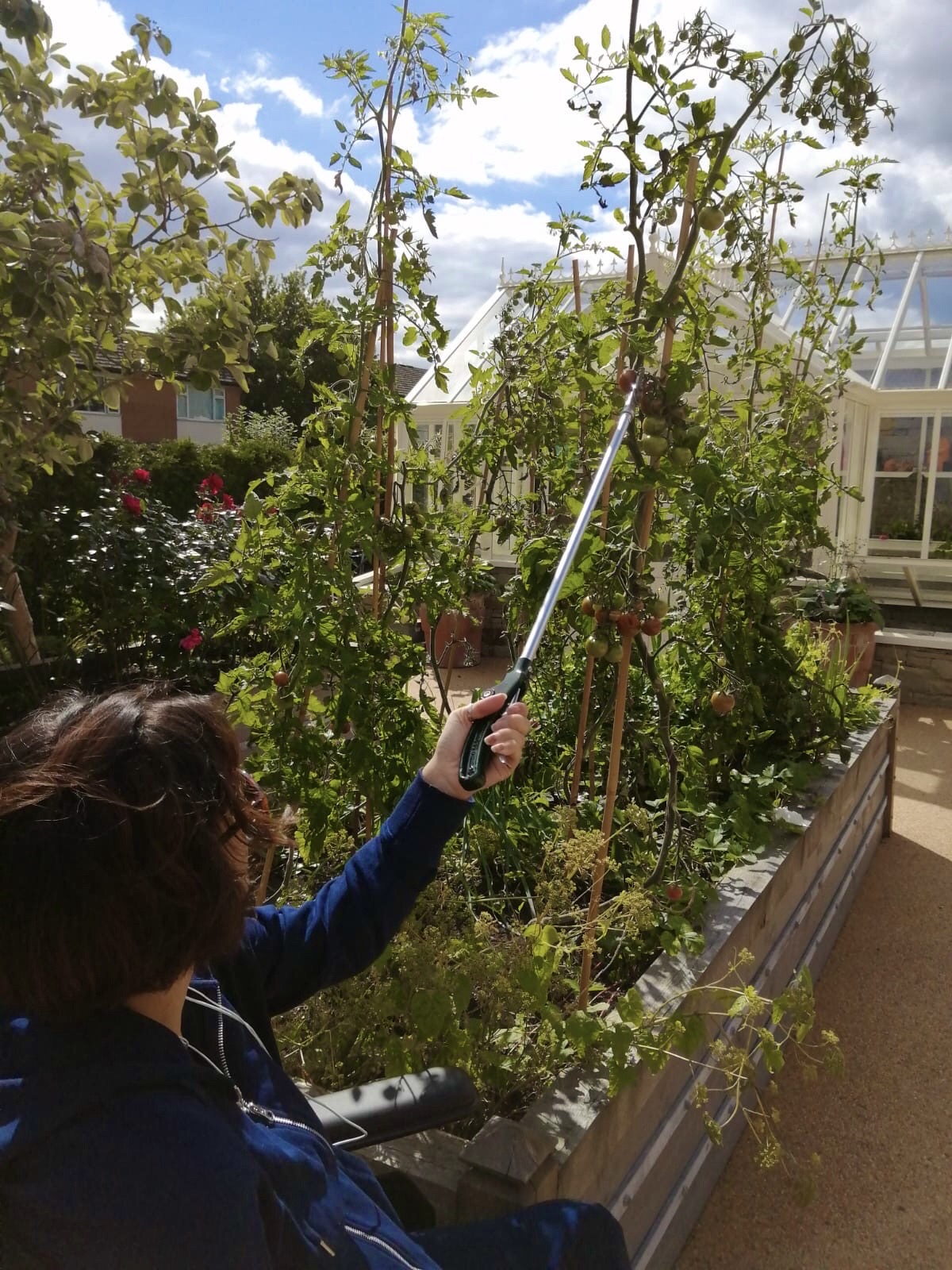 With the garden bathed in September sunshine, everyone also decided that the weather was simply too good to not make the most of, with the result being a ‘Back to School BBQ’ held just last week. This was once again supported by the League of Friends, as well as the Estates Team at RJAH, who both successfully collaborated to host a brilliant afternoon that was much-appreciated by all.

Coincidentally, the barbeque took place on the day Founder & Chair of Trustees, Dr Olivia Chapple, decided to visit too!

Whilst there, Olivia acknowledged how marvellously the garden continues to be embraced by everyone, sharing that she felt there was a distinct sense of there being a community of care. She relayed that many people approached her to speak of how the garden has been making a difference, with patients and staff telling her they simply wouldn’t have made it through the past few months without it.

As with every day in Horatio’s Garden Midlands, Olivia watched as a steady stream of patients and staff explored the garden from first thing in the morning right throughout the day, noting people in wheelchairs, people in beds, physiotherapists, nurses, occupational therapists, healthcare assistants, consultants, junior doctors and more all spending time in the garden.

Olivia also noticed how well the garden has settled, describing the erigeron as ‘effervescent’ and the roses as ‘absolutely beautiful’. As well as being grateful to the League of Friends, the NHS team, patients and everyone who has supported the garden, she is equally thankful to Head Gardener Imogen and all the charity’s volunteers, who have made the garden the stunning, vibrant sanctuary it truly is today. 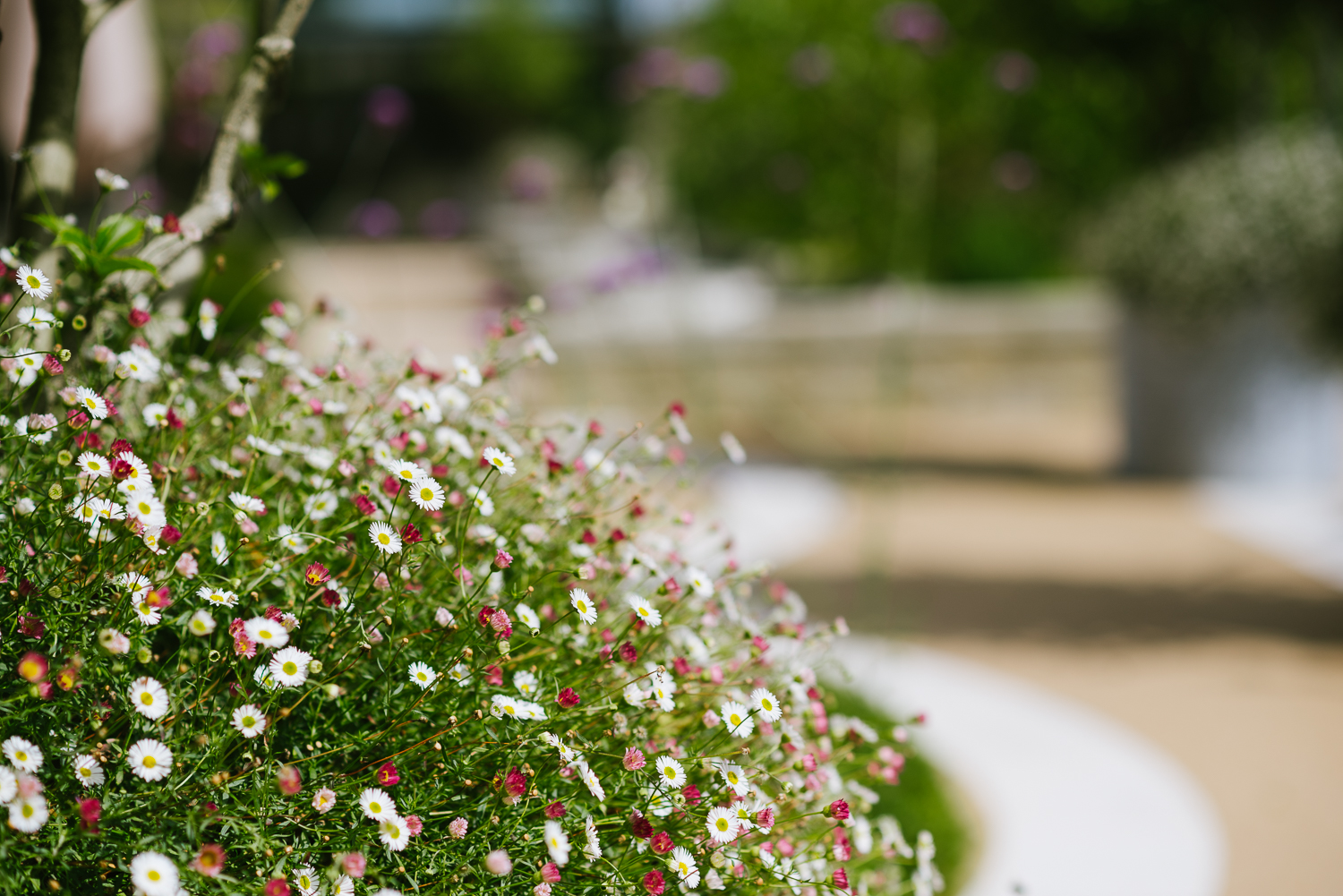 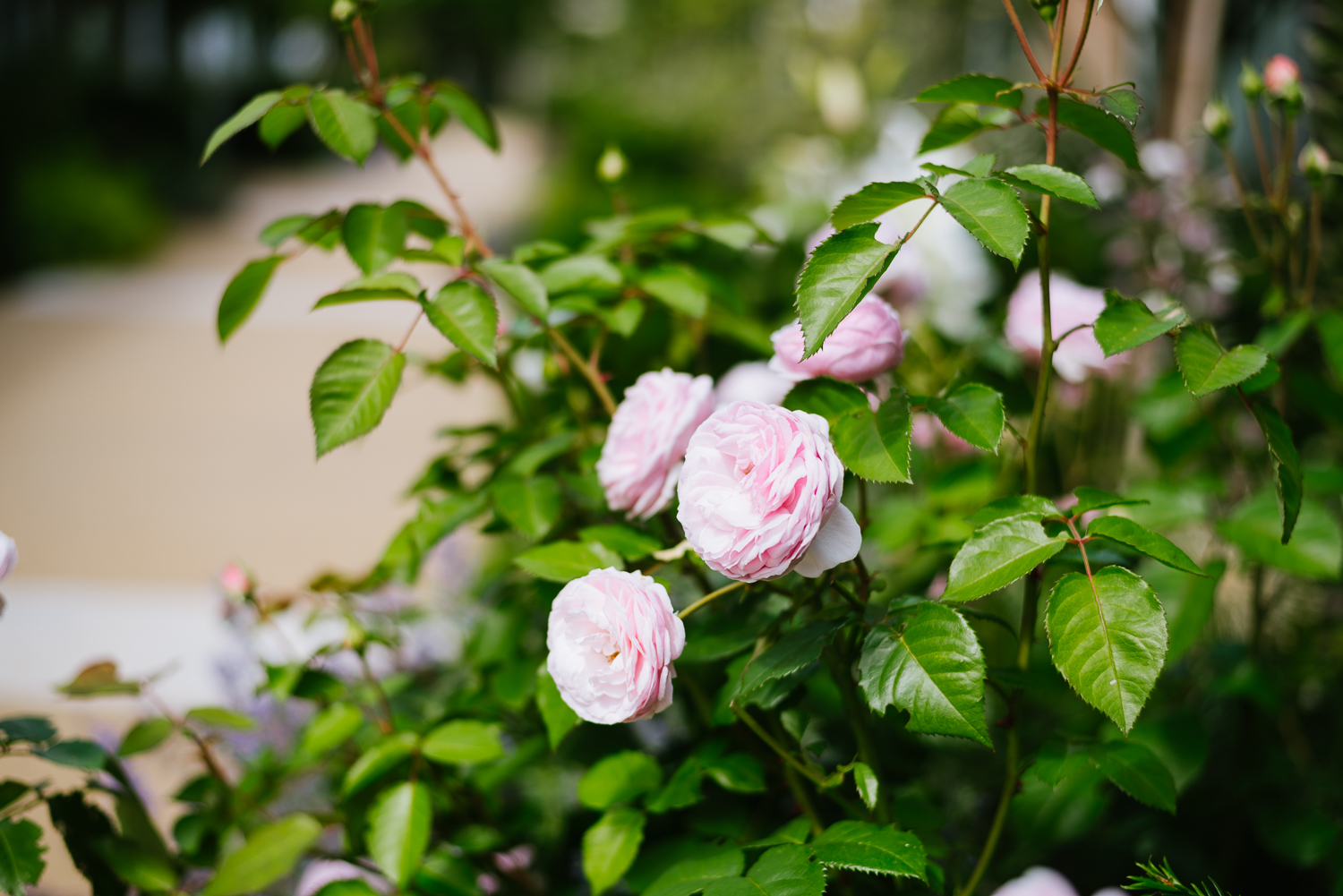 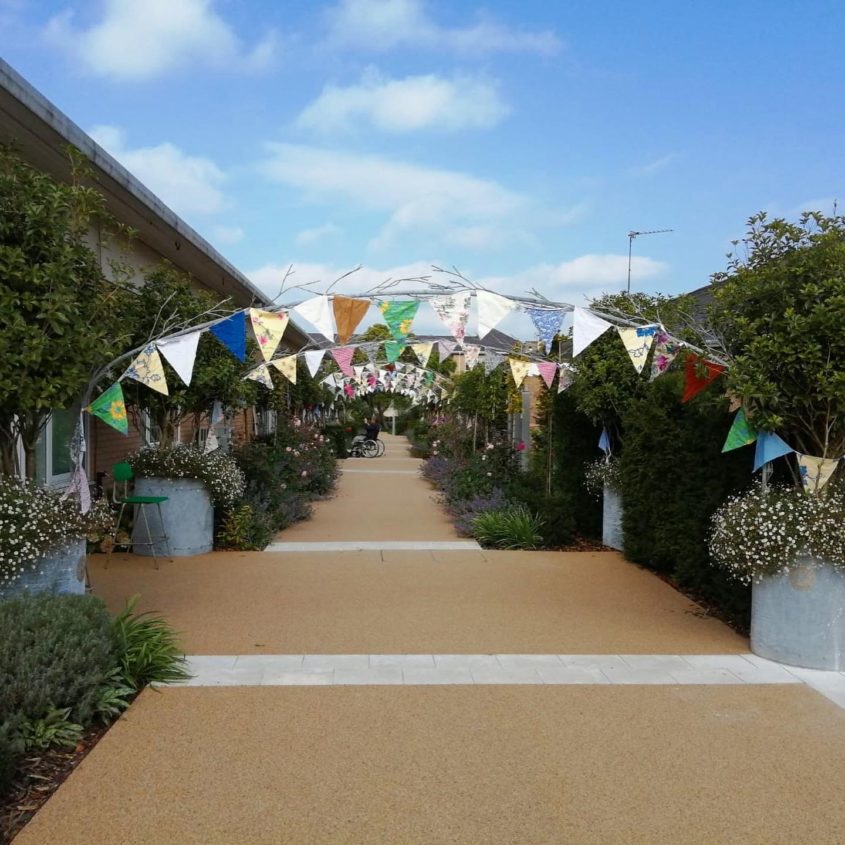 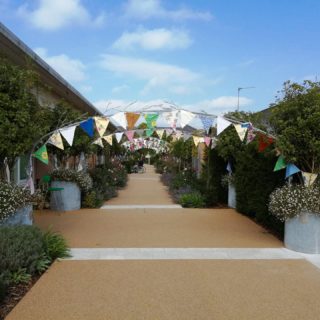