mark warner is our new artist in residence in horatio’s garden midlands!

Remarkably, three weeks have passed since Mark Warner became our latest artist in residence in Horatio’s Garden Midlands. During that time he’s not only unlocked many people’s creativity, he’s also painted some truly incredible pieces of his own.

In his first week, Mark was joined by a small group of patients, whilst others stopped by with their visiting loved ones to chat with the gathered artists and see what they were up to.

Everyone, both those painting and those simply engaging really loved the afternoon, with two people sharing some lovely comments with Mark. Whilst one told him “It’s been such a long time since I’ve done this, I’ve really enjoyed it” another had been pleasantly surprised by their abilities, remarking “I didn’t think I’d be able to do this.”

Feeling like he had already made a difference, Mark set his sights on preparing for week two. He planned to set up and work on a piece of his own upon his return to the garden, something he hoped would inspire people to an even greater degree as they came along to the workshop.

As promised, Mark came back to the garden with a canvas in hand and began to create his own painting. A similar sized group joined him in the garden and both they and Mark were pleased to see each other, catching up on all that had happened in the past week and sharing what they intended to work on for the afternoon. 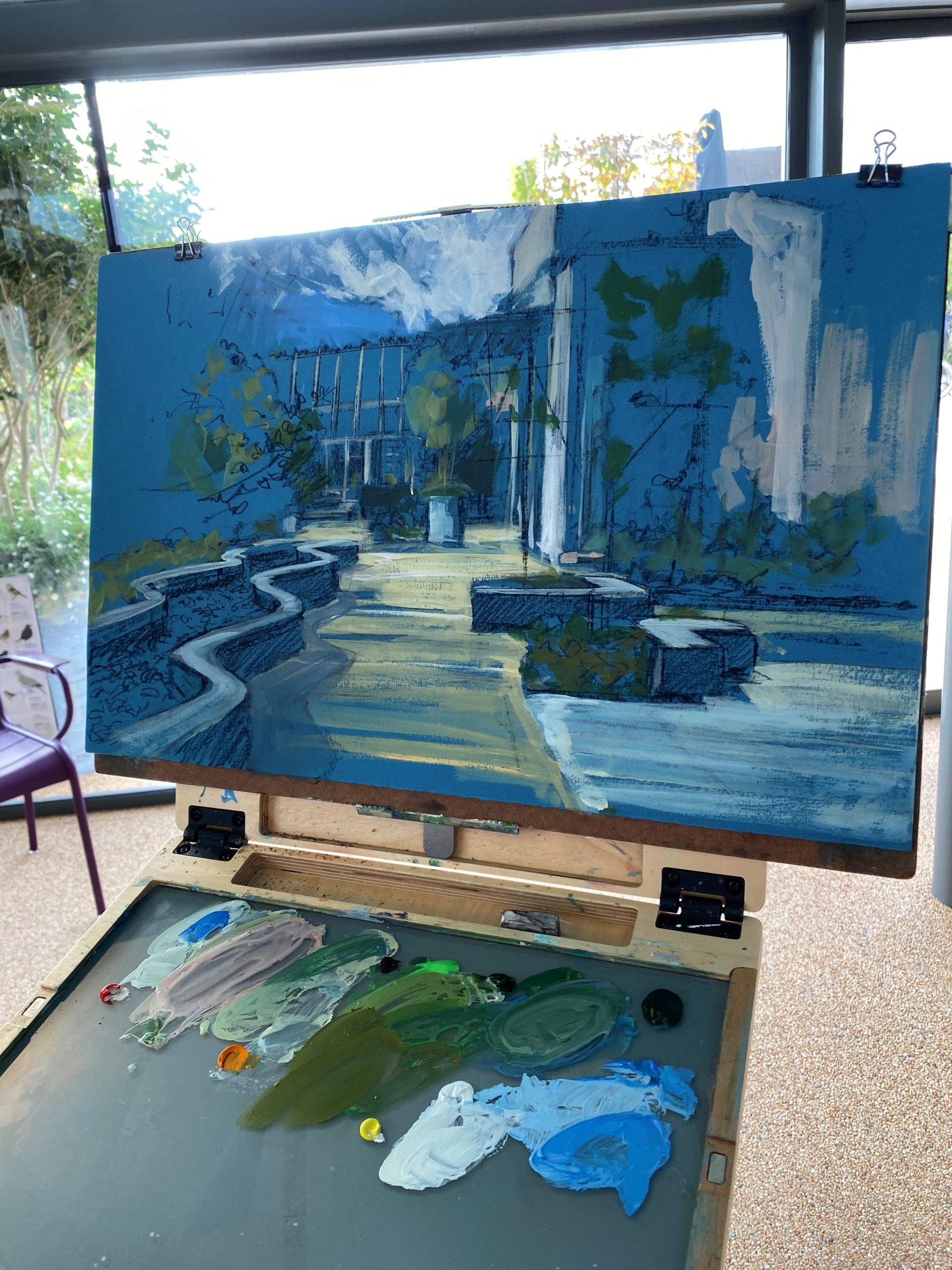 Mark’s work attracted a lot of interest, with the people painting paying close attention to his progress, whilst plenty of visiting others came to see what Mark was creating. One person who popped to the garden was delighted to discover she could paint too, commenting “I didn’t realise I’d be able to have a go!”

Everyone was united in their admiration for Mark’s painting, a feeling we most certainly share!

With word spreading about how enjoyable the artistic afternoons are, more people attended the latest creative session, with one person wonderfully painting with Mark for two and a half hours.

The workshop was a tale of two halves in many ways. Whilst one person hadn’t drawn since school, with the session taking her back to the days of her youth, another attended with her own sketchbook and was soon sharing her artistic work, poetry and stories with all those in the group. Both comments prompted conversation, with everyone enjoying reminiscing about their school days and equally appreciating hearing more about their fellow patient’s creative pursuits.

A lady came along in her hospital bed to the garden room to paint too, which was fantastic and prompted Mark to suggest a great creative activity that everyone could try at home too. He suggested that as he painted her, she should paint him. The idea prompted some laughs, but once both were in the artistic flow the two had a really fascinating conversation about art, its techniques and its processes. 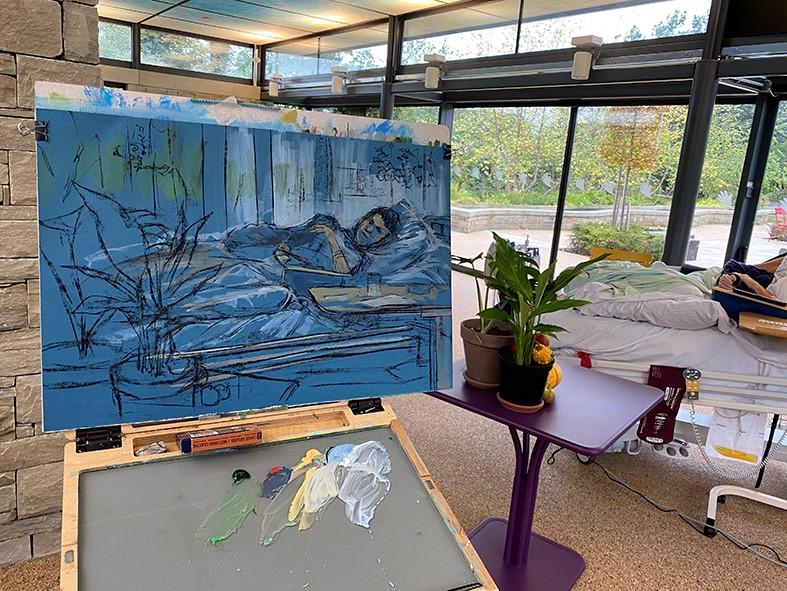 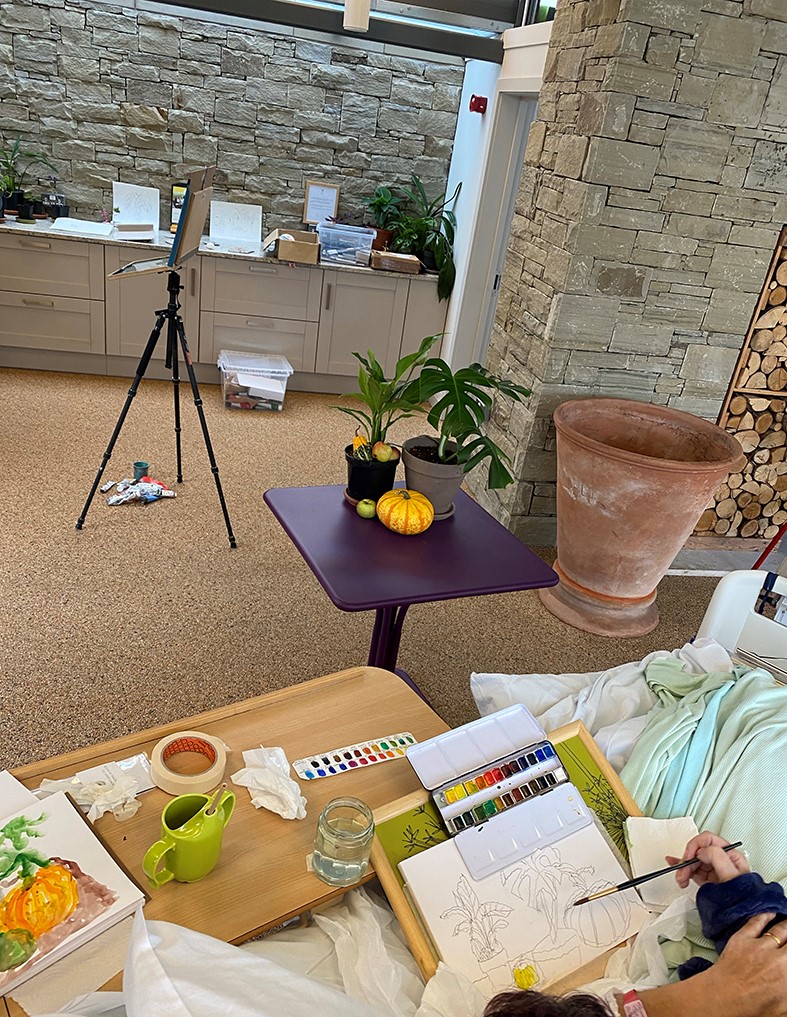 We’re enormously grateful to Mark for joining us in Horatio’s Garden Midlands and are really pleased to hear that he, as well as those spending time in the haven, are making the most of the residency. It’ll be a pleasure to see and hear more about Mark’s next three weeks in the garden! 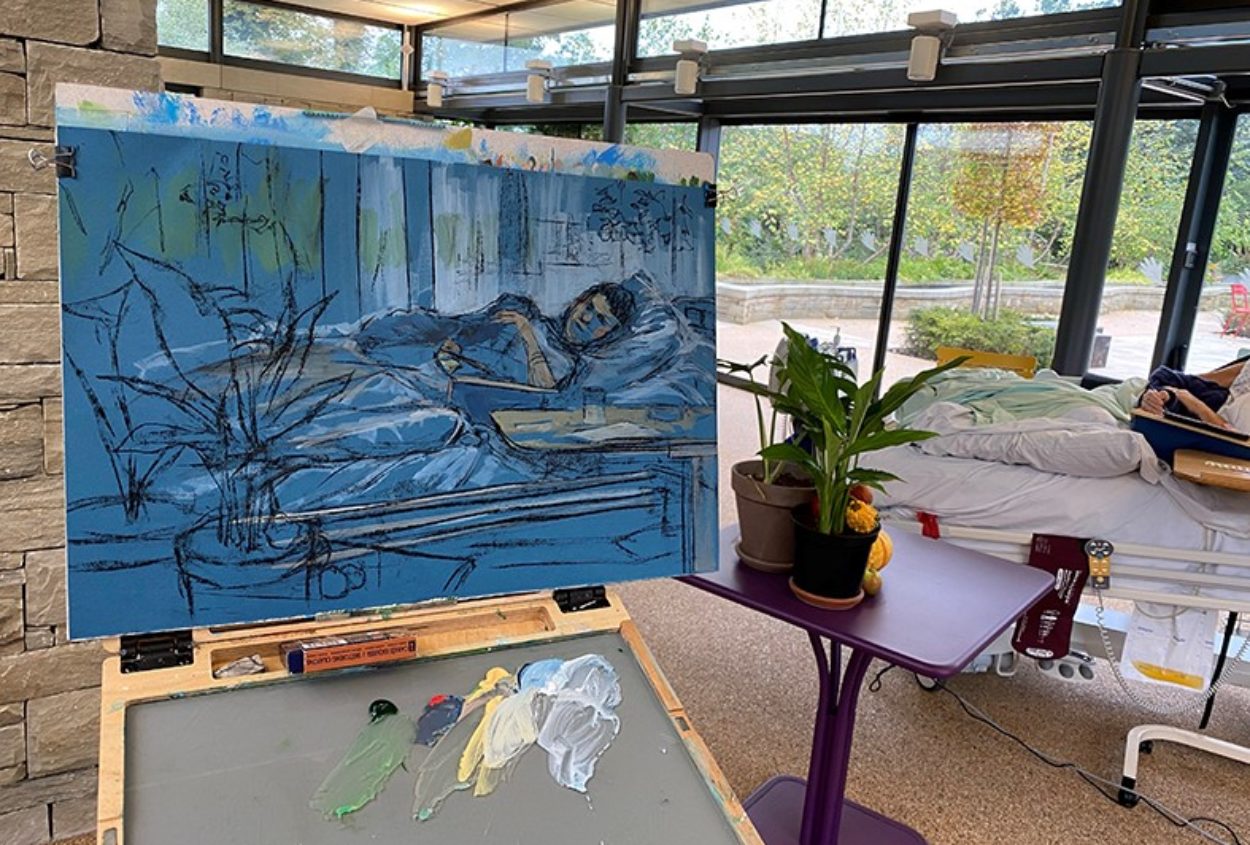 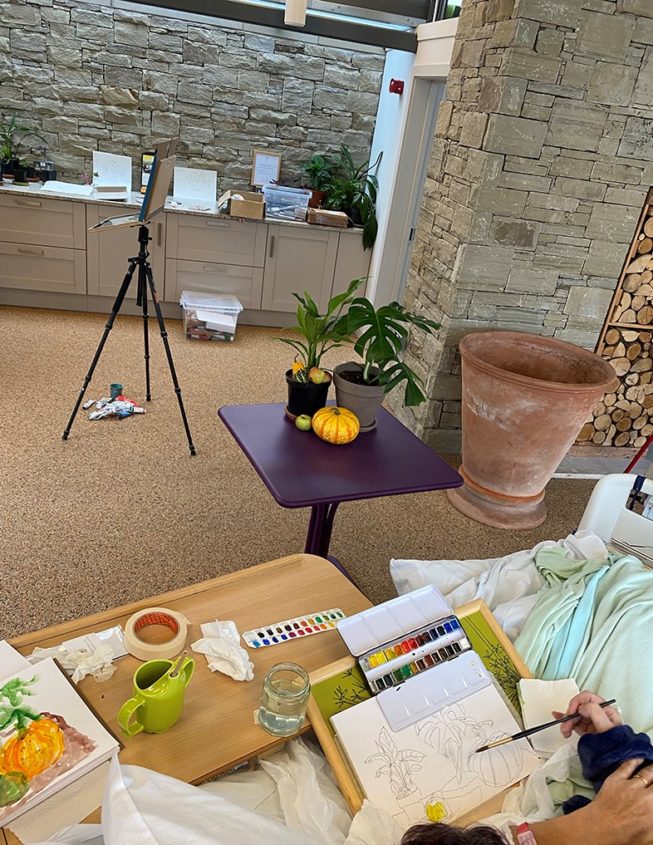 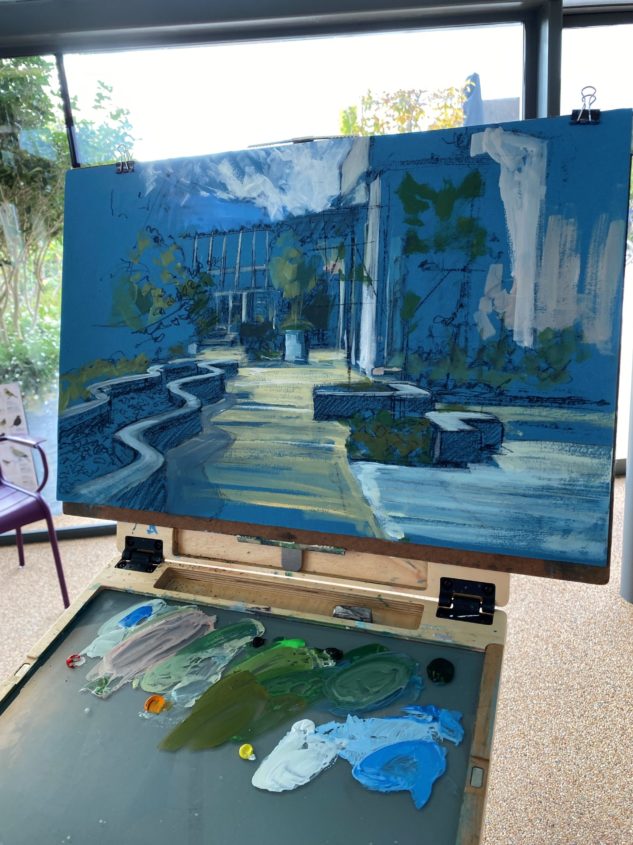 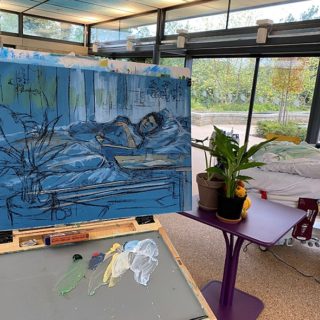 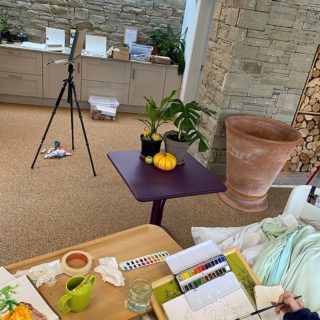 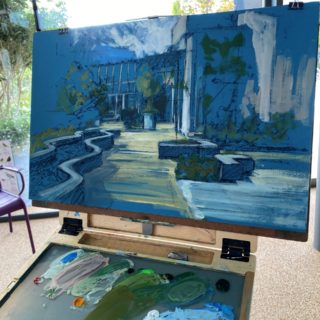