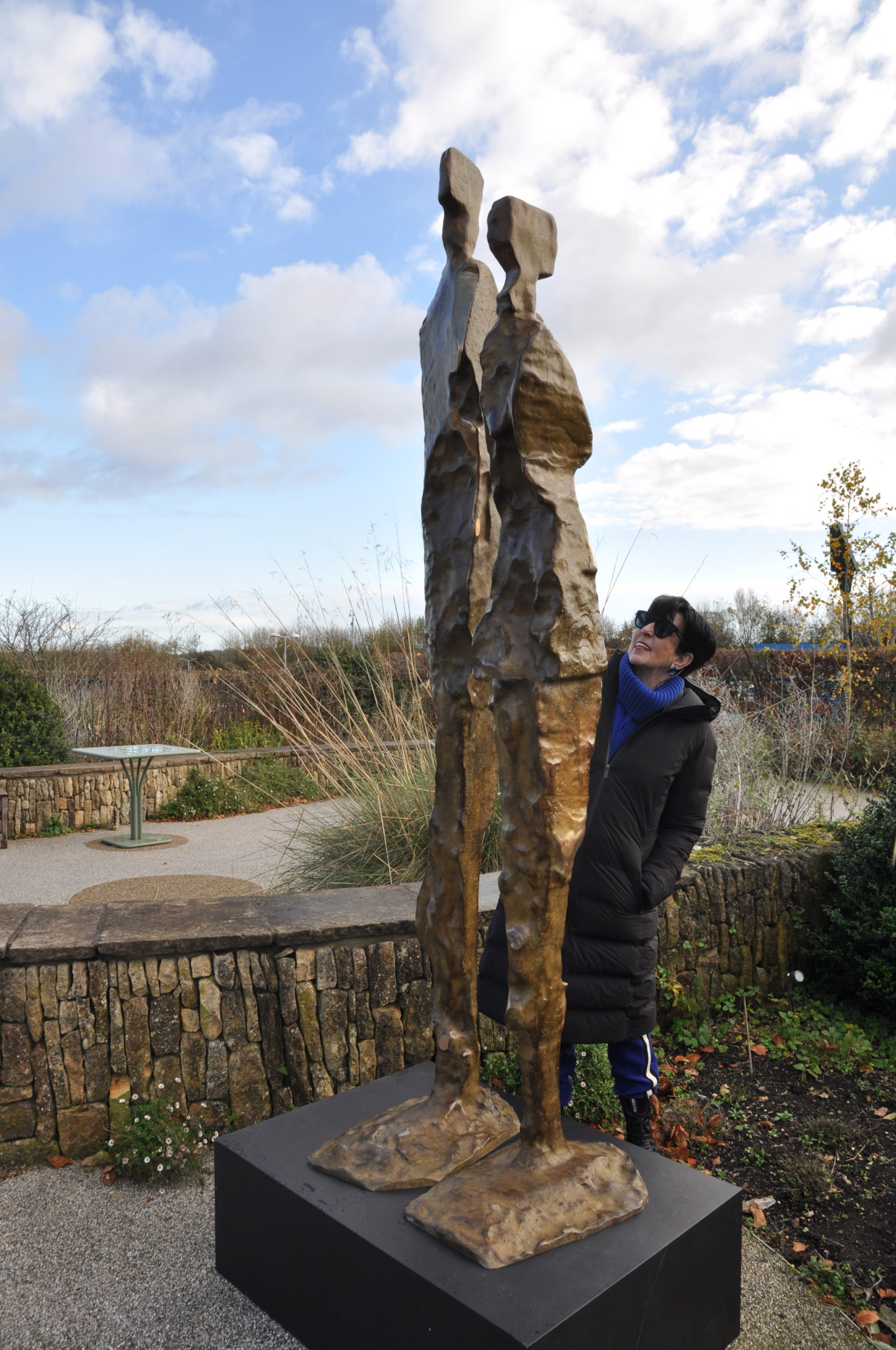 Both pieces were brought to life at the Morris Singer Foundry, the oldest foundry in the UK, which Jill co-owns with her husband, John. Together, they’ve been responsible for works such as the statue of Eros in Piccadilly Circus, as well as the iconic lions and fountains of Trafalgar Square.

The new artistic arrivals were accompanied to their new home in Horatio’s Garden by Jill, John and a small team from the foundry. All are now safely nestled amongst the planting, which is where they’ll remain for approximately six months, and already they’re stirring creativity amongst patients, their loved ones and NHS staff. 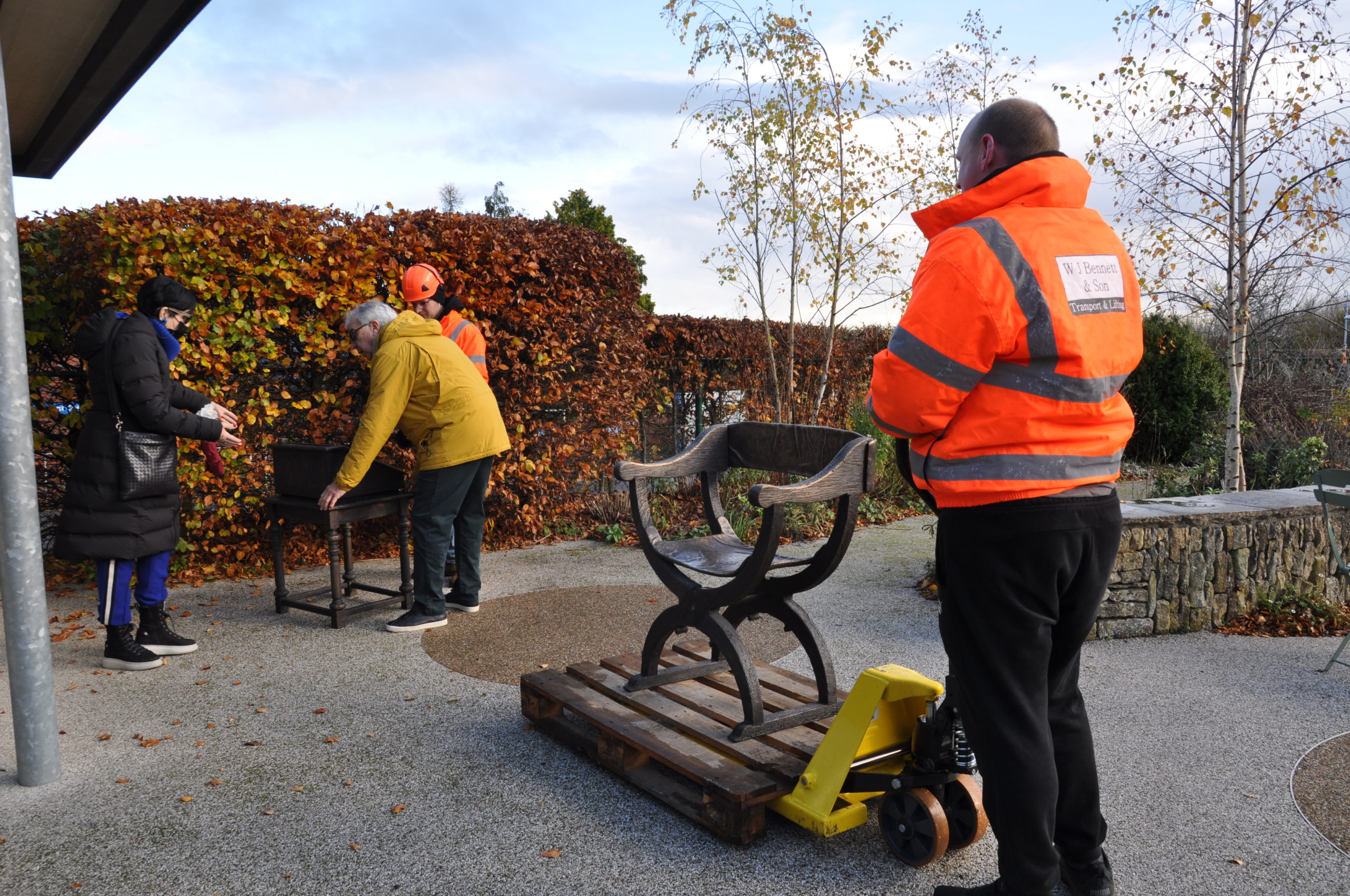 Installed as part of the vibrant and varied Horatio’s Garden Arts Programme, which is run nationwide in all five of the charity’s current gardens (and will be run in the charity’s sixth, seventh and eighth projects, all of which are in development) everyone was thrilled to see something new springing up alongside the winter bulbs in the horticultural haven.

The charity have long been advocates of the physical and mental health benefits of artistic therapy, with weekly workshops and sculpture exhibitions featuring since the charity’s first therapeutic garden opened in Salisbury back in 2012. Alongside volunteers sharing their creative talents, patients regularly have the opportunity to work with and learn from professional creatives local to each garden. In the South West sanctuary, people have most recently enjoyed working with artist Katy McIntyre-Brown, photographer Hilary Stock and creative writer Jayne Woodhouse. 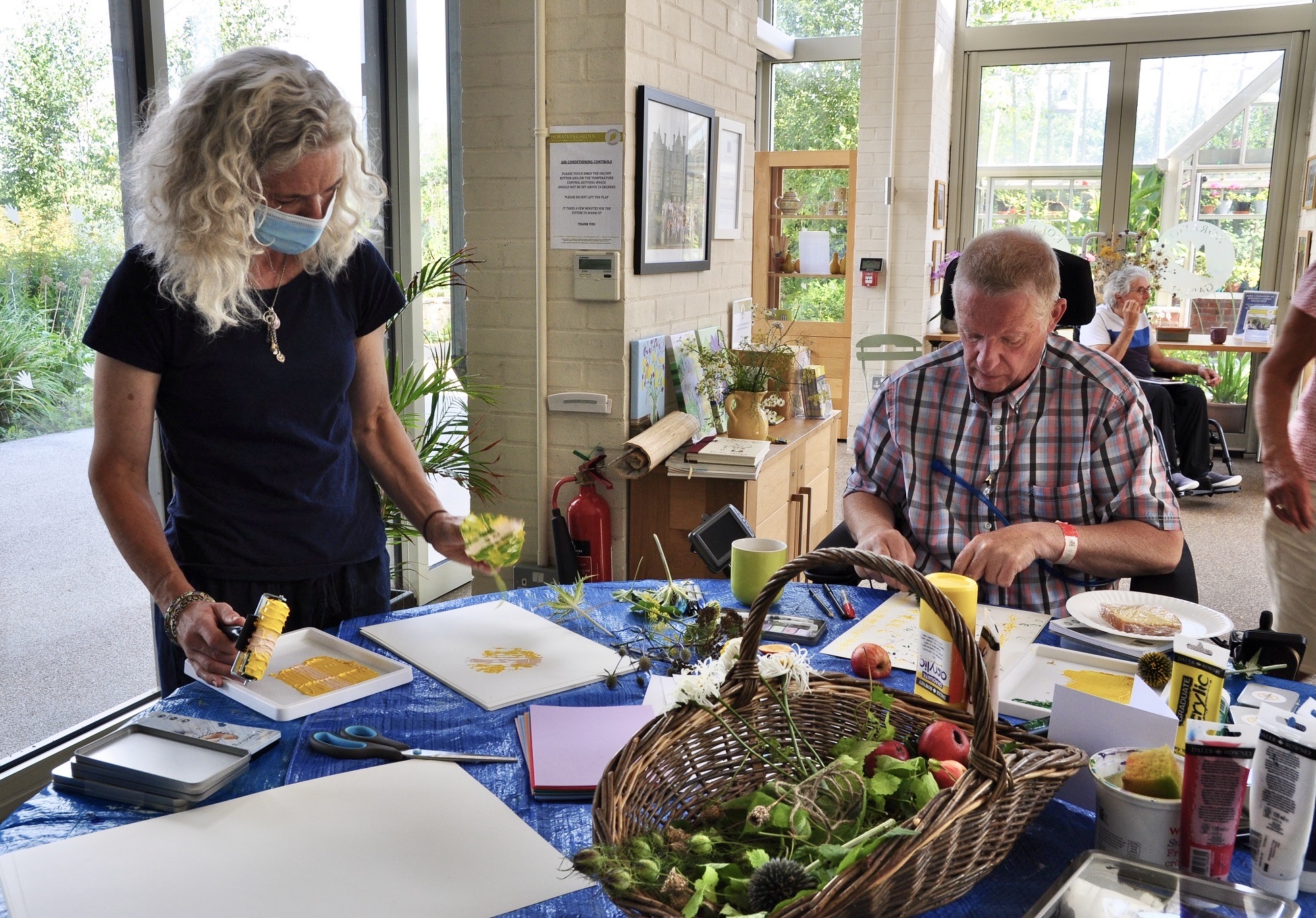 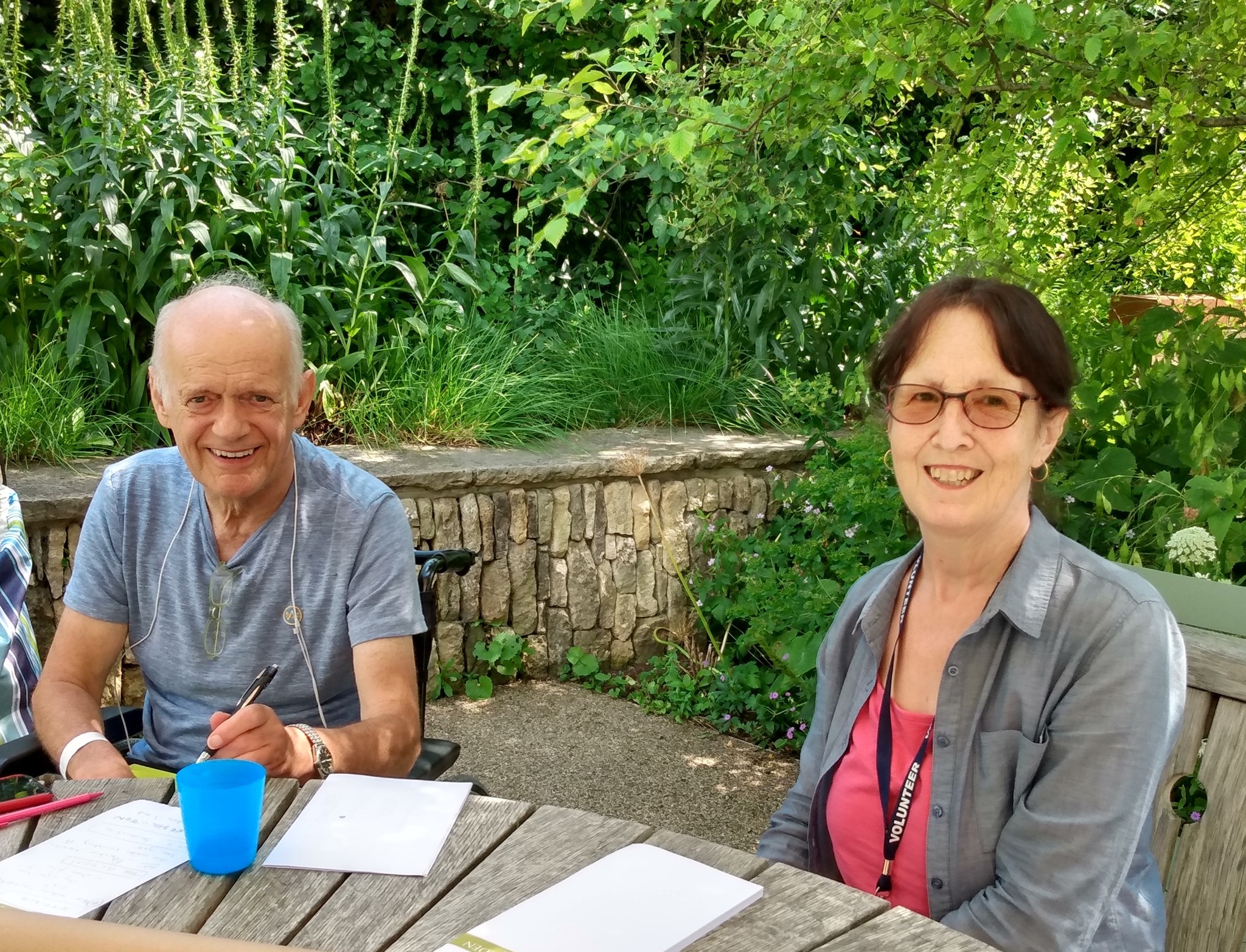 As for sculptors, Jill follows in the wake of exhibitions in the garden by Johnny Woodford, Ben Barrell, Alexander Macdonald-Buchanan and Simon Gudgeon, creator of the stunningly unique Sculpture by the Lakes park in Dorset.

All share the common theme of being inspired by nature and humanity, with Jill’s exquisite ‘Emergence’ artfully combining the two. Using the weight and gravitas of bronze to create the figures, the texture reflects the shapes of weathered rock seen in South Africa, where Jill was born. By patinating the surface with contrasting areas of high polish to create a multifaceted effect, Jill’s piece serves as a reminder of our elemental connection as humans to the earth. 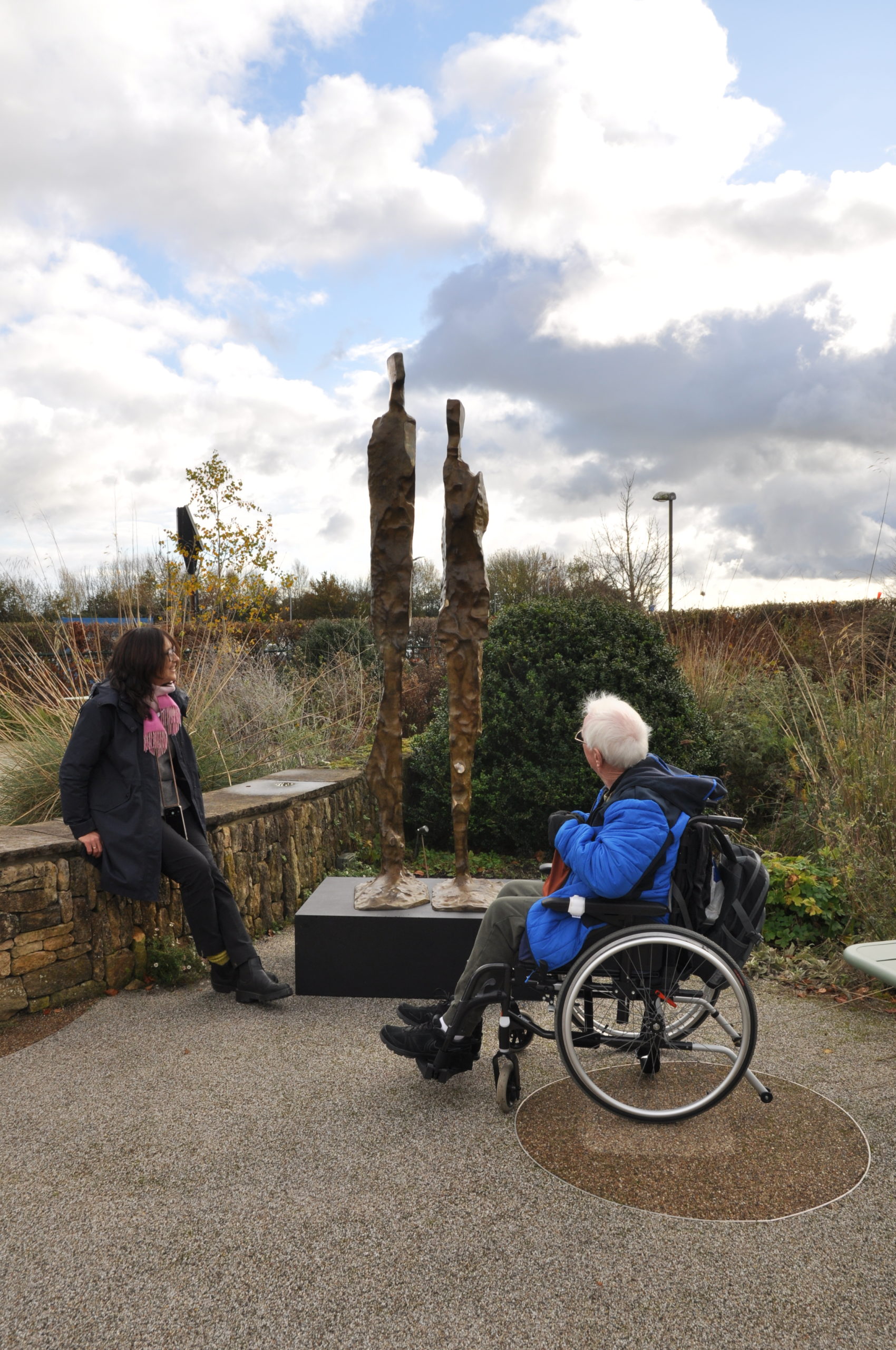 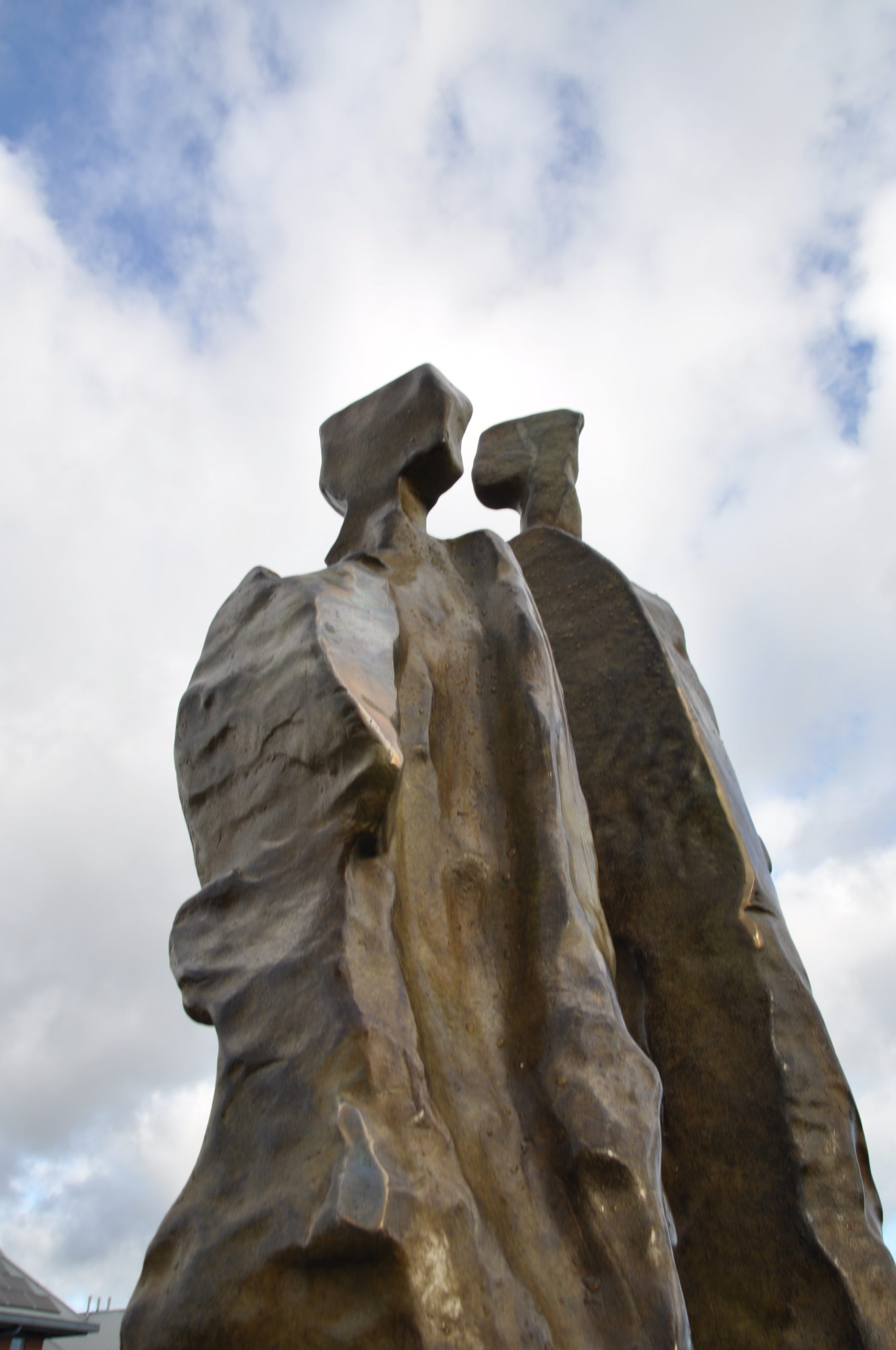 Similarly, the bronze casting of Shakespeare’s Desk & Chair was originally created for an exhibition at Shakespeare’s New Place, the site of the house where he lived in Stratford-upon-Avon for 19 years, which marked the 400th anniversary year of Shakespeare’s death to honour his life as a working writer.

“We are so grateful to Jill, John and everyone at the Morris Singer Foundry for generously loaning us these exquisite sculptures,” shared Horatio’s Garden Founder & Chair of Trustees, Dr Olivia Chapple.

“It’s wonderful to see them in the garden and to see the joy and interest they’re generating amongst patients, their families and NHS staff so soon after installation.”

We so appreciate Woolley & Wallis for generously sponsoring the sculptures whilst they appear in the garden and we’re certain that the next few months in Salisbury will be very creatively interesting! 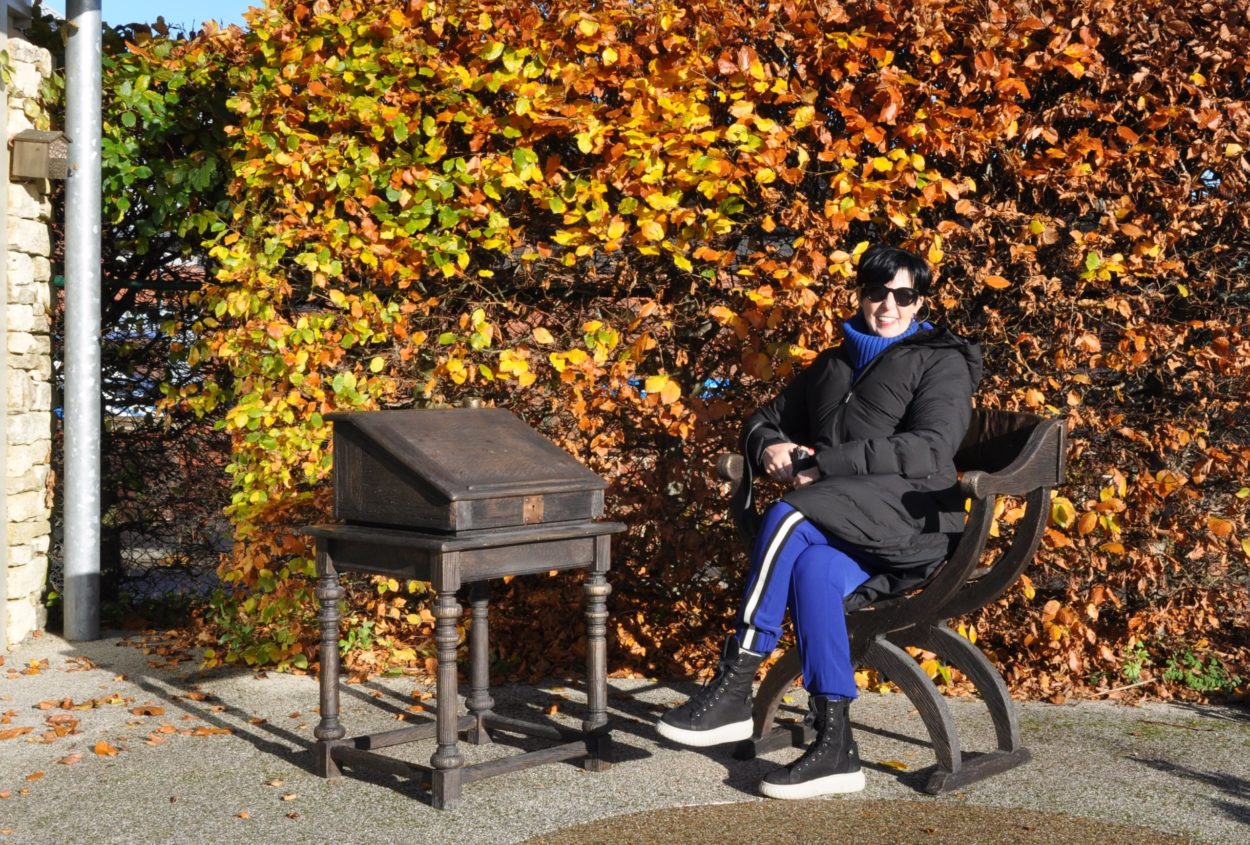 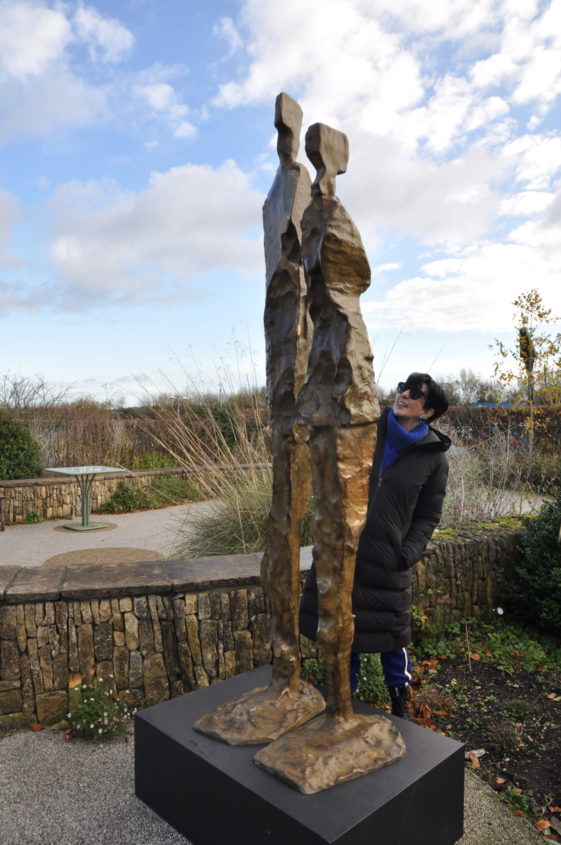 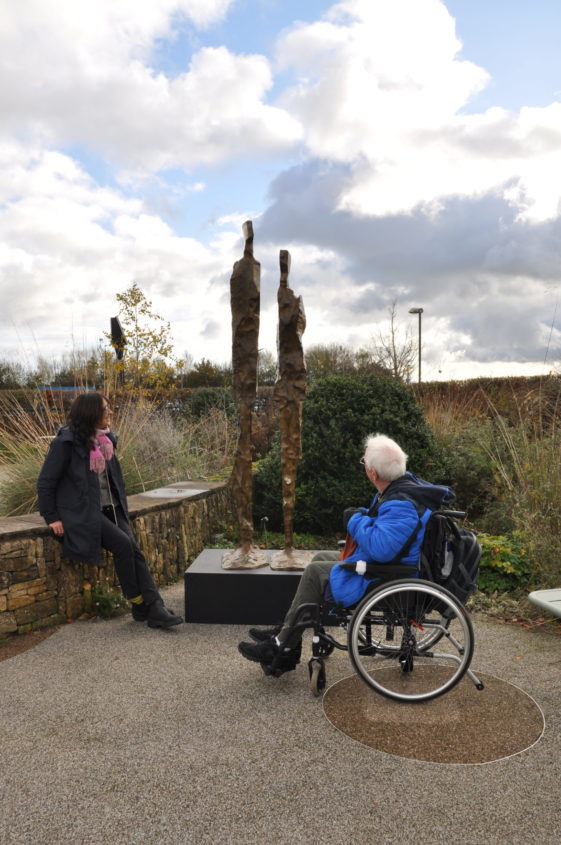 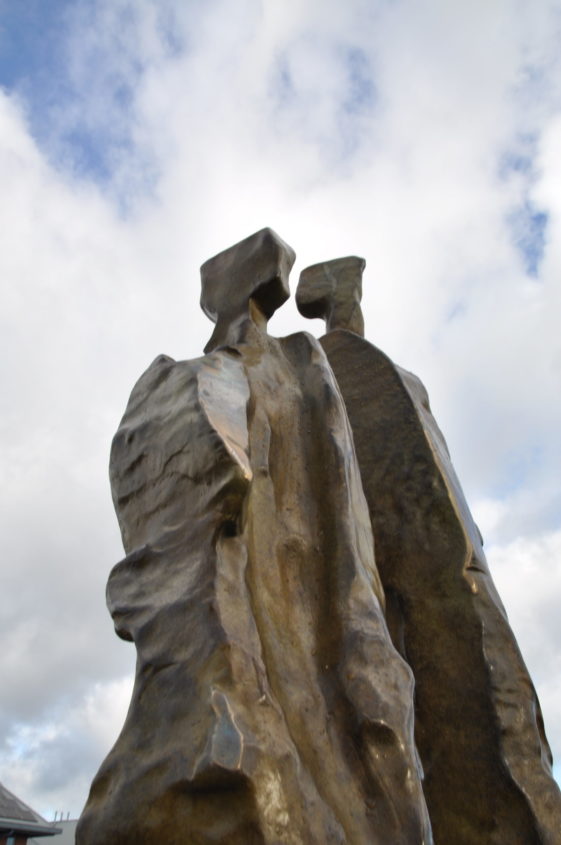 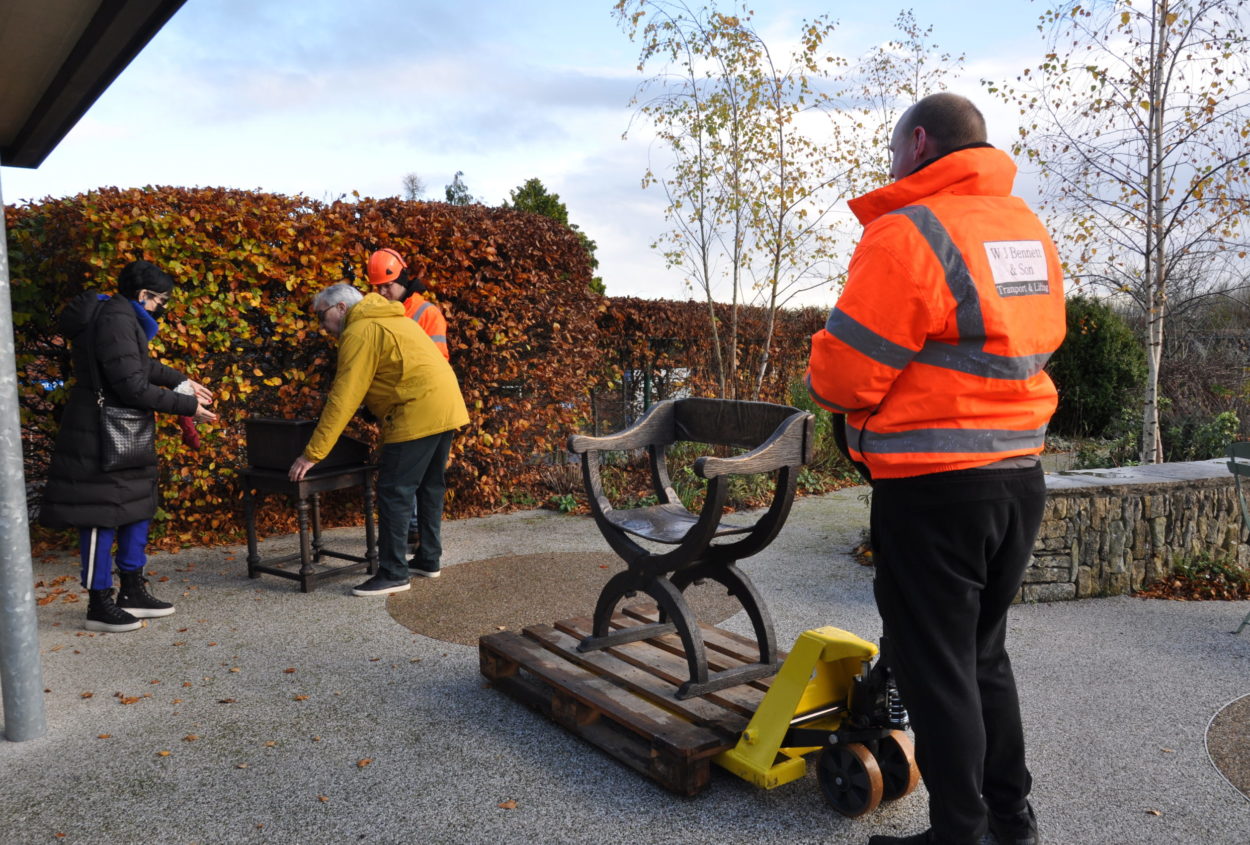 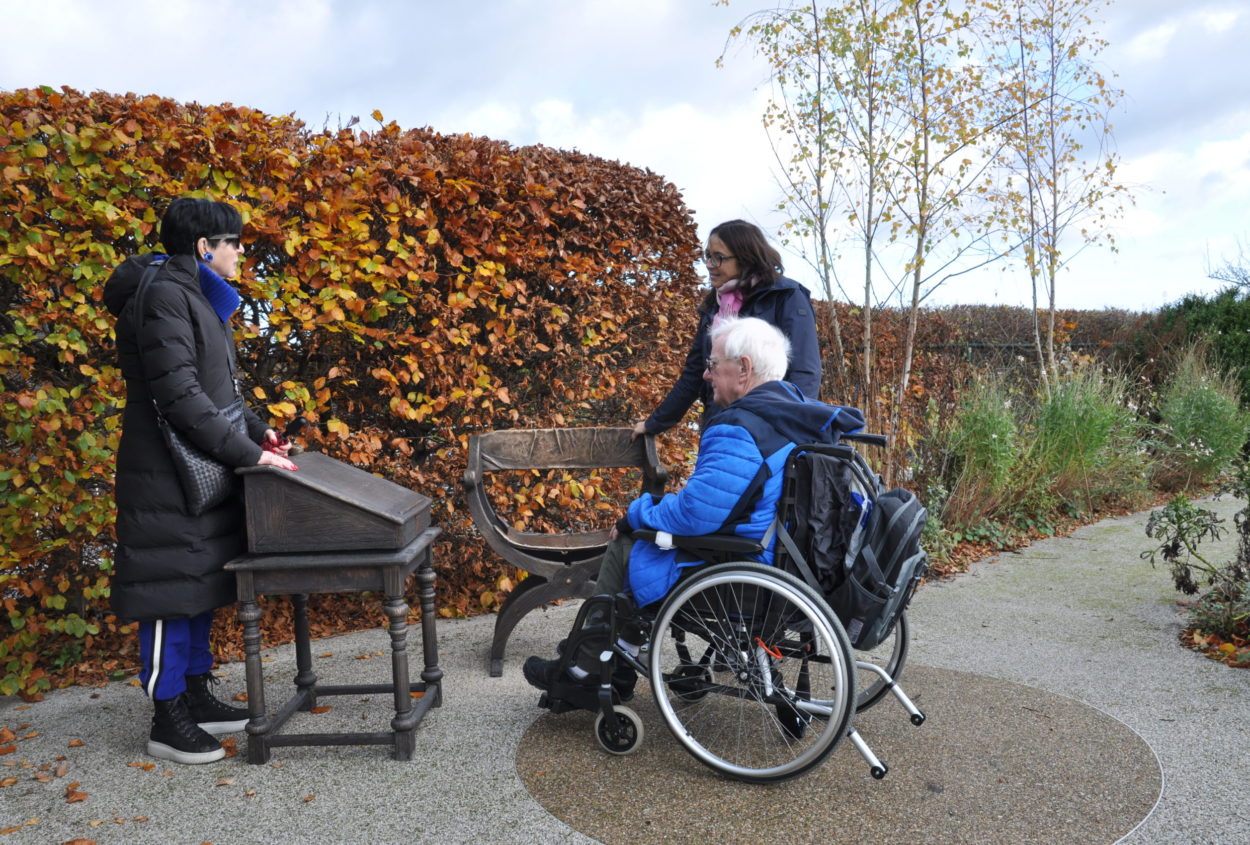 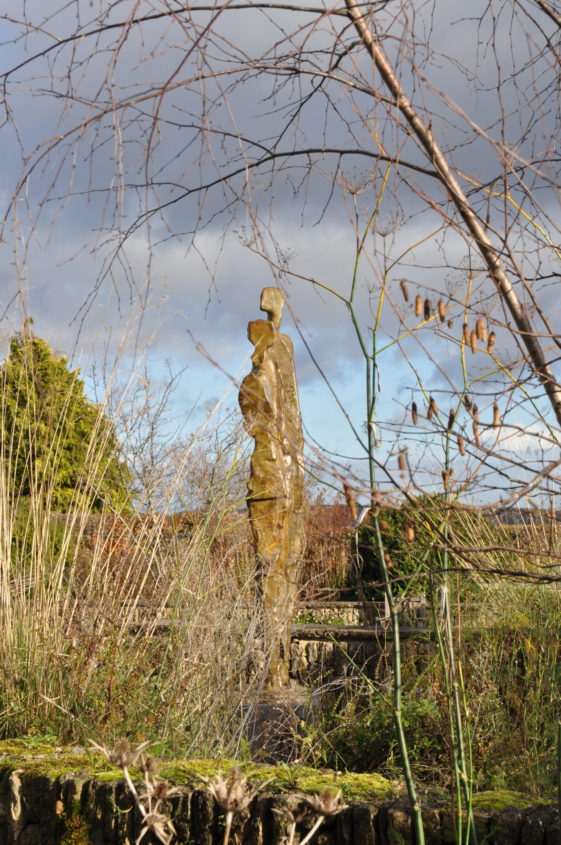 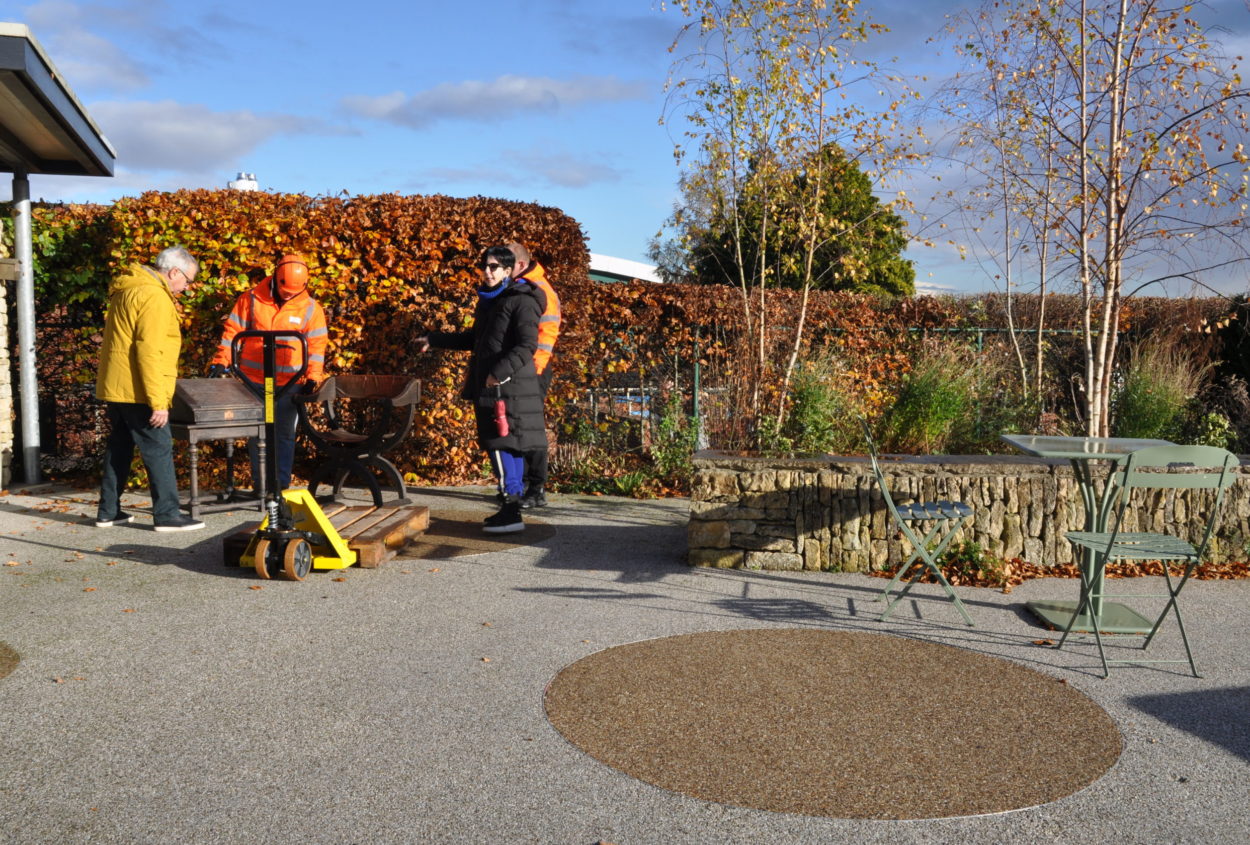 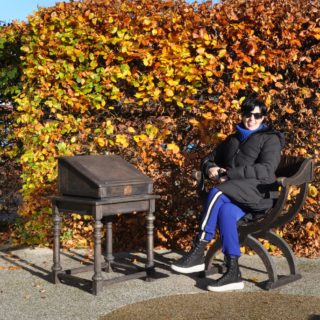 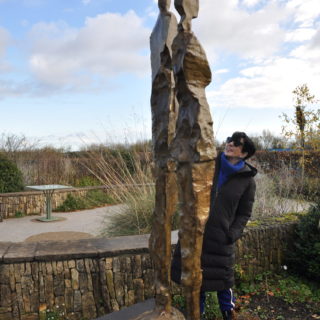 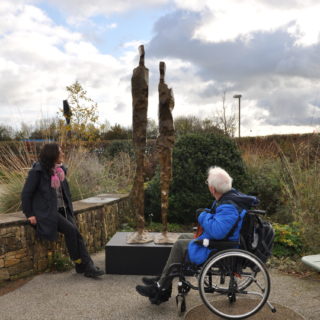 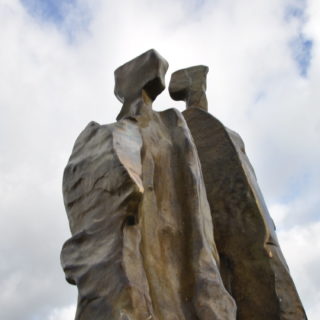 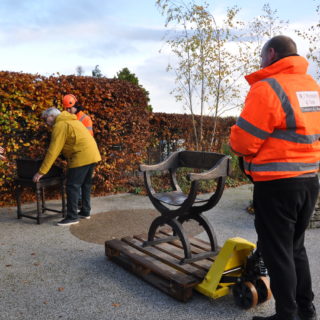 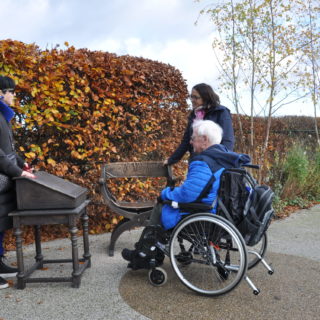 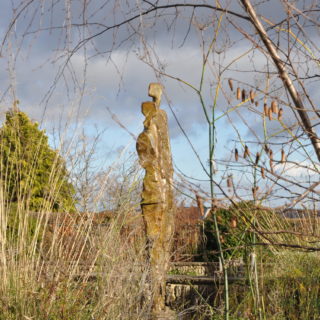 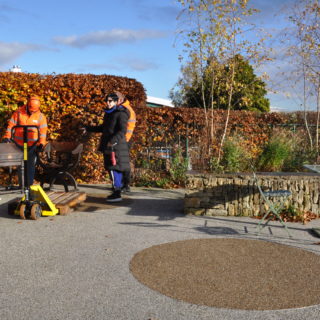