horatio’s garden midlands: one year on

As unbelievable as it may seem, Horatio’s Garden Midlands has now been flourishing in Oswestry for a whole year, so in celebration we thought we’d take a look back at a few of our fourth garden’s highlights over the past 12 months.

When the garden first welcomed patients and NHS staff in late August it became immediately clear that it would be loved not only by those spending time in the Midland Centre for Spinal Injuries, but also a great many people in the local community.

On the day of opening, patients and staff visibly showed their awe and appreciation for the sanctuary, something that has been continuously echoed by everyone who visits this beautiful place ever since. Prior to the garden opening, the hospital, its staff, Lady Trevor and everyone at the League of Friends were incredibly supportive of the project, thus when Bunny Guinness’ designs became a reality, many visibly shared in the joy of the patients.

“To see our patients enjoying this garden is the most rewarding sight. It really is heaven.” 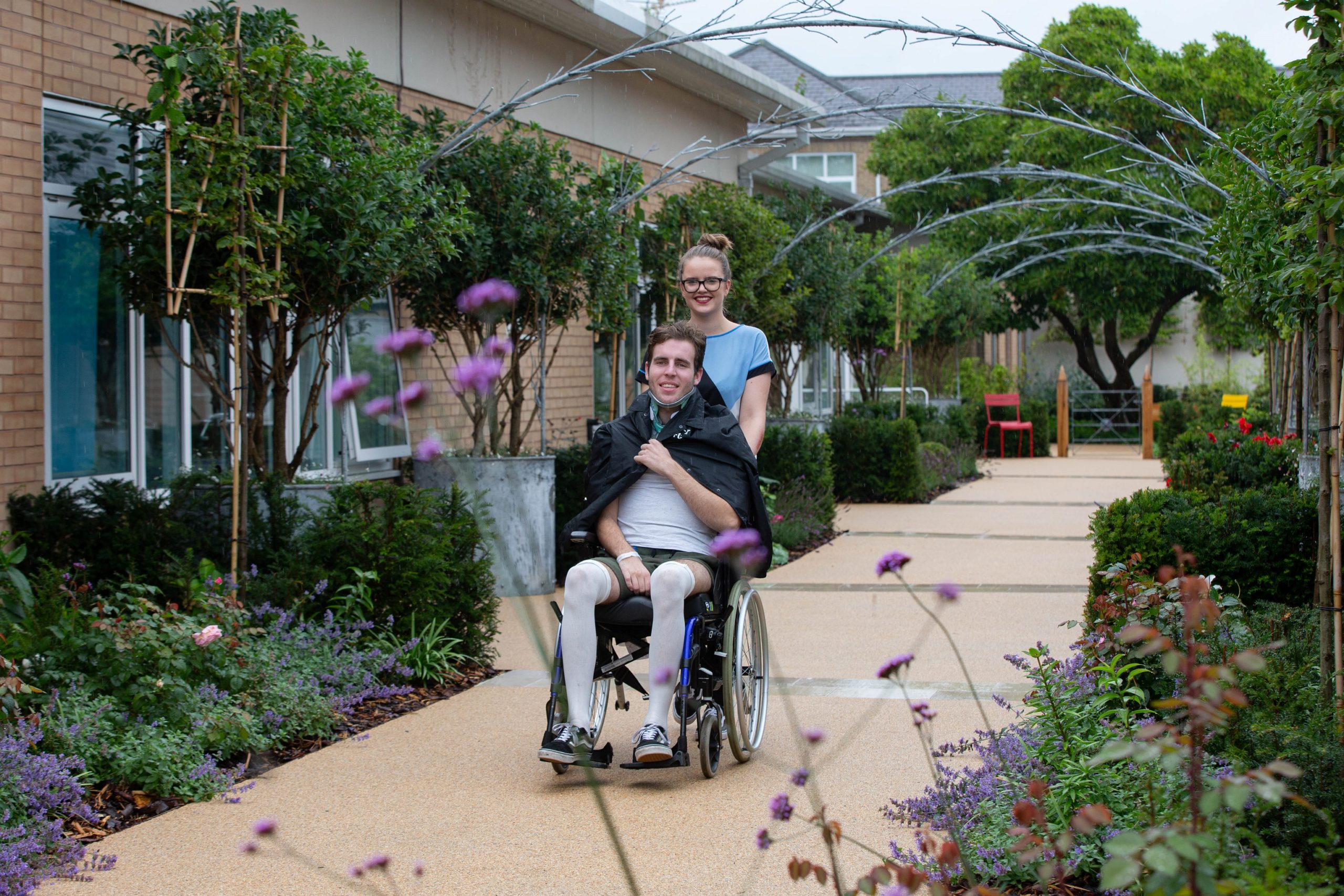 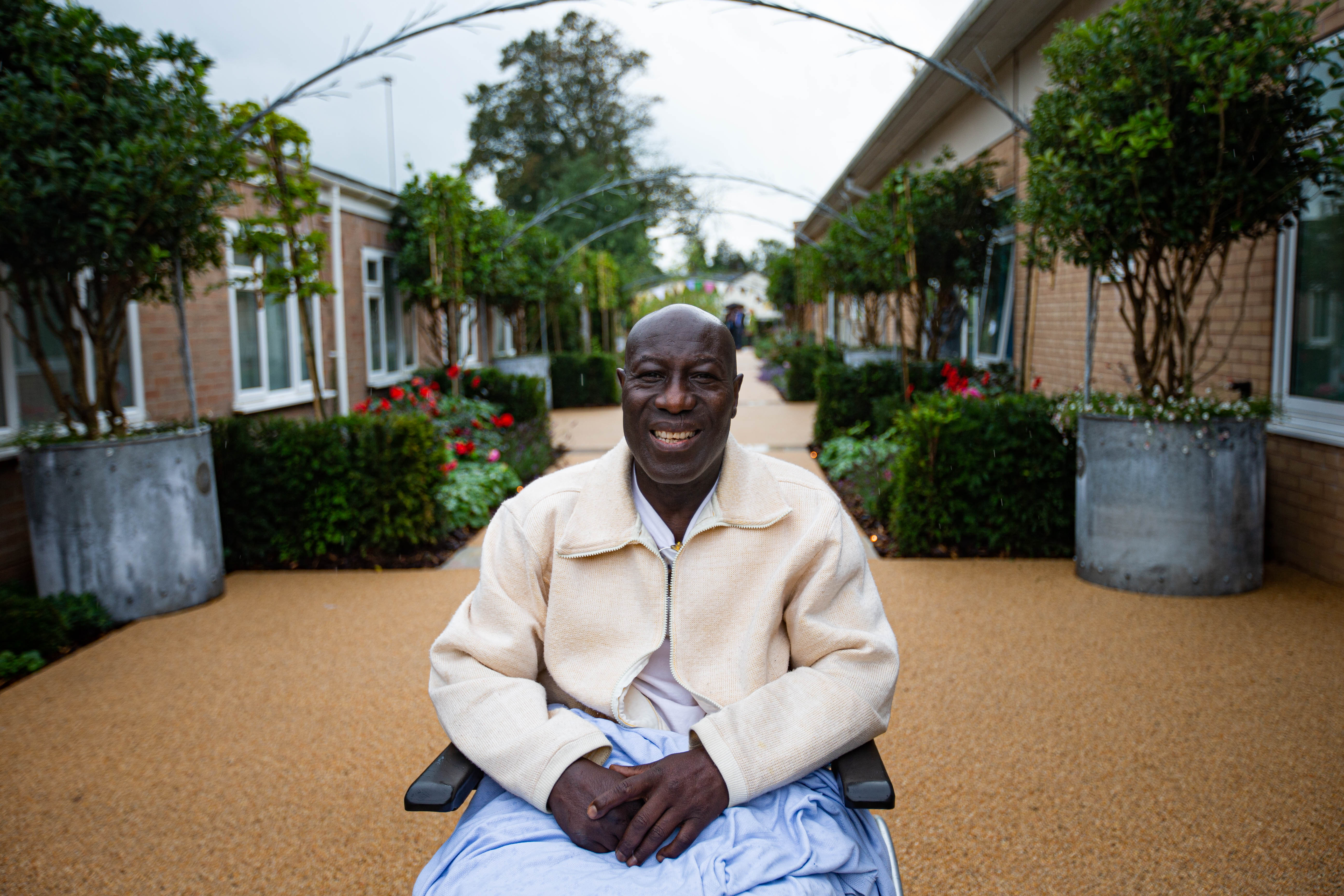 Throughout the capital appeal lots of local people were also keen to help in any way they could, meaning that the response upon opening was among the warmest the charity has ever known. Much of this was thanks to the League of Friends, particularly the organisation’s Vice-Chairman, Lady Trevor, who successfully raised and donated £260,000 to bring the project to life. This was double the amount the League of Friends had planned to raise, which is a testament to their remarkable generosity and commitment.

Not only were we soon blessed with a brilliant new volunteer team, we were also embraced by various local media outlets, including BBC Radio Shropshire, The Shropshire Star and the Oswestry & Border Counties Advertizer. Notably, all three heartily welcomed Head Gardener Imogen to the area and since then have regularly reported on the charity whenever they can.

Having eagerly awaited the garden opening for many months, patients and staff immediately began to make the most of it at every given opportunity. Head Gardener Imogen brought many brilliant new ideas to the MCSI team and vice versa, which resulted in a wonderful, varied programme of regular activities, all of which gently supported patients’ mental and physical rehabilitation. 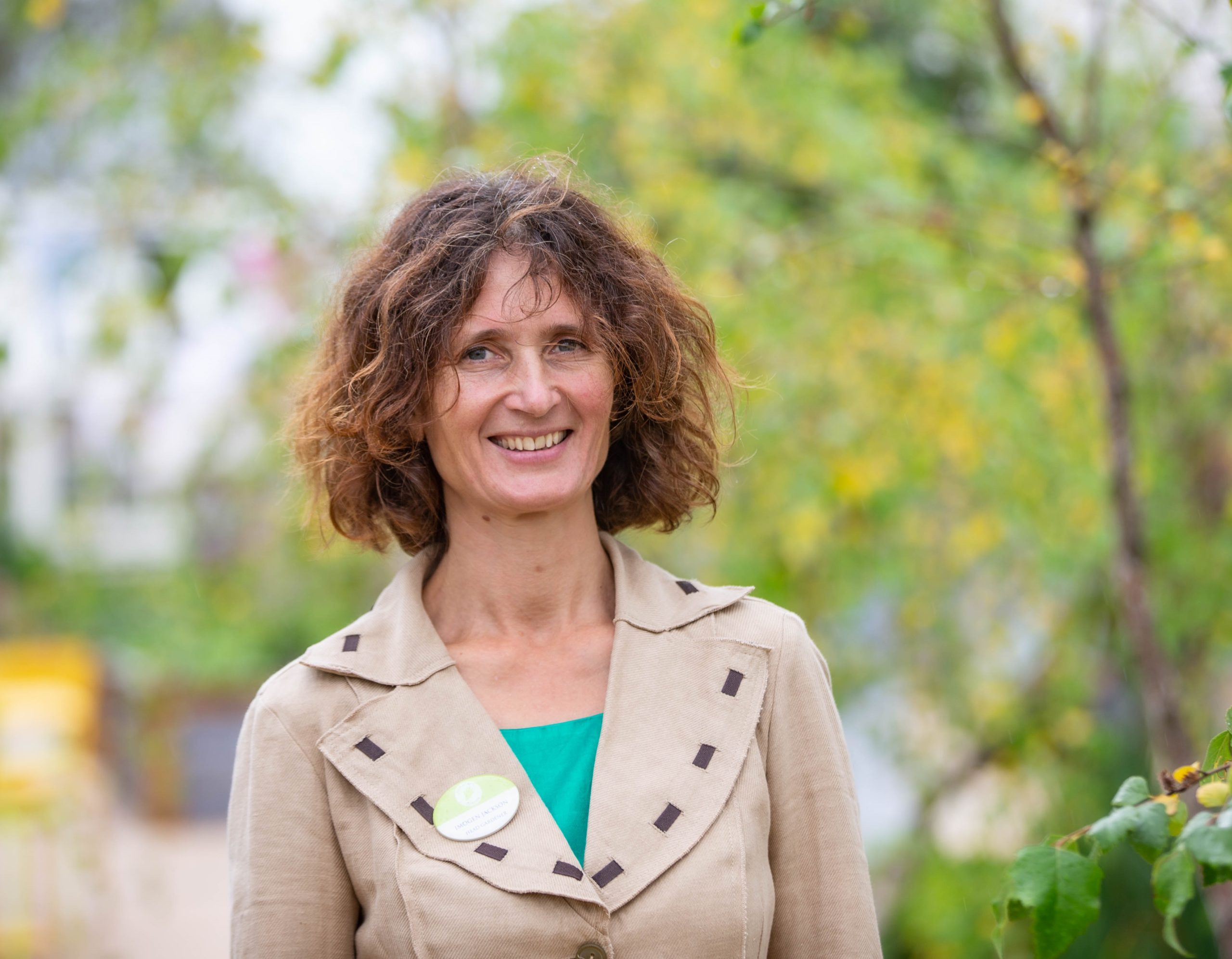 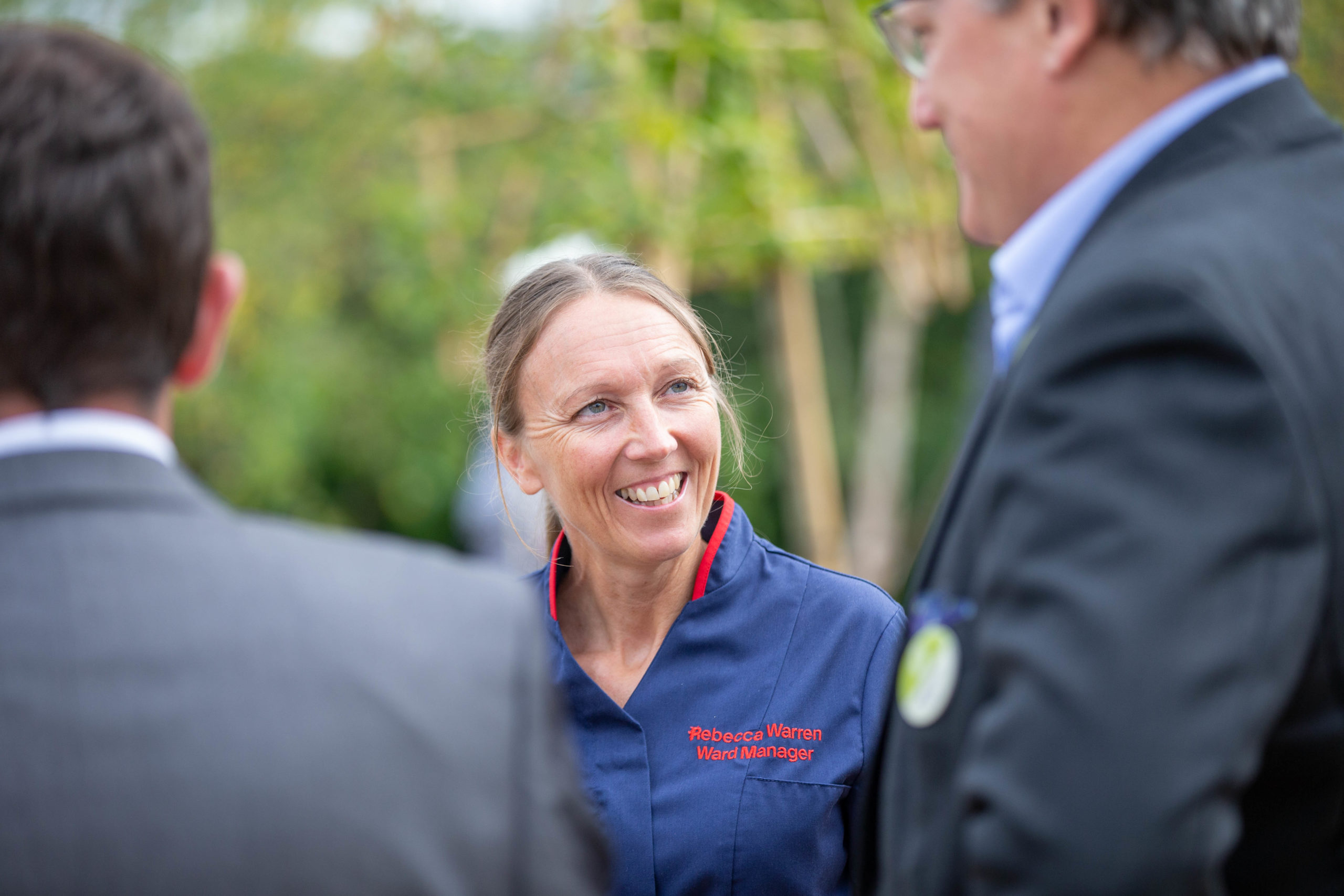 Among them were horticultural therapy, creative workshops, book and bridge clubs, a Coping with Spinal Cord Injury in Practice session, as well as Mindfulness in Nature afternoons. Besides the activities organised by the charity, the MCSI team also made a concerted effort to incorporate the garden into patients’ rehabilitation programmes, with wheelchair skills, physio and occupational therapy all taking place in the garden where possible.

The collaborative and kindly atmosphere was something felt by the charity’s patron, the Countess of Radnor, when she visited in the autumn and it also captured national interest in the pages of The Telegraph thanks to a piece written by garden designer Bunny Guinness. As if to prove that teamwork and dedication really are all that’s needed, together the charity’s volunteers, Head Gardener Imogen and NHS staff organised a Christmas Fair for patients, despite the garden only being officially open for less than three months! 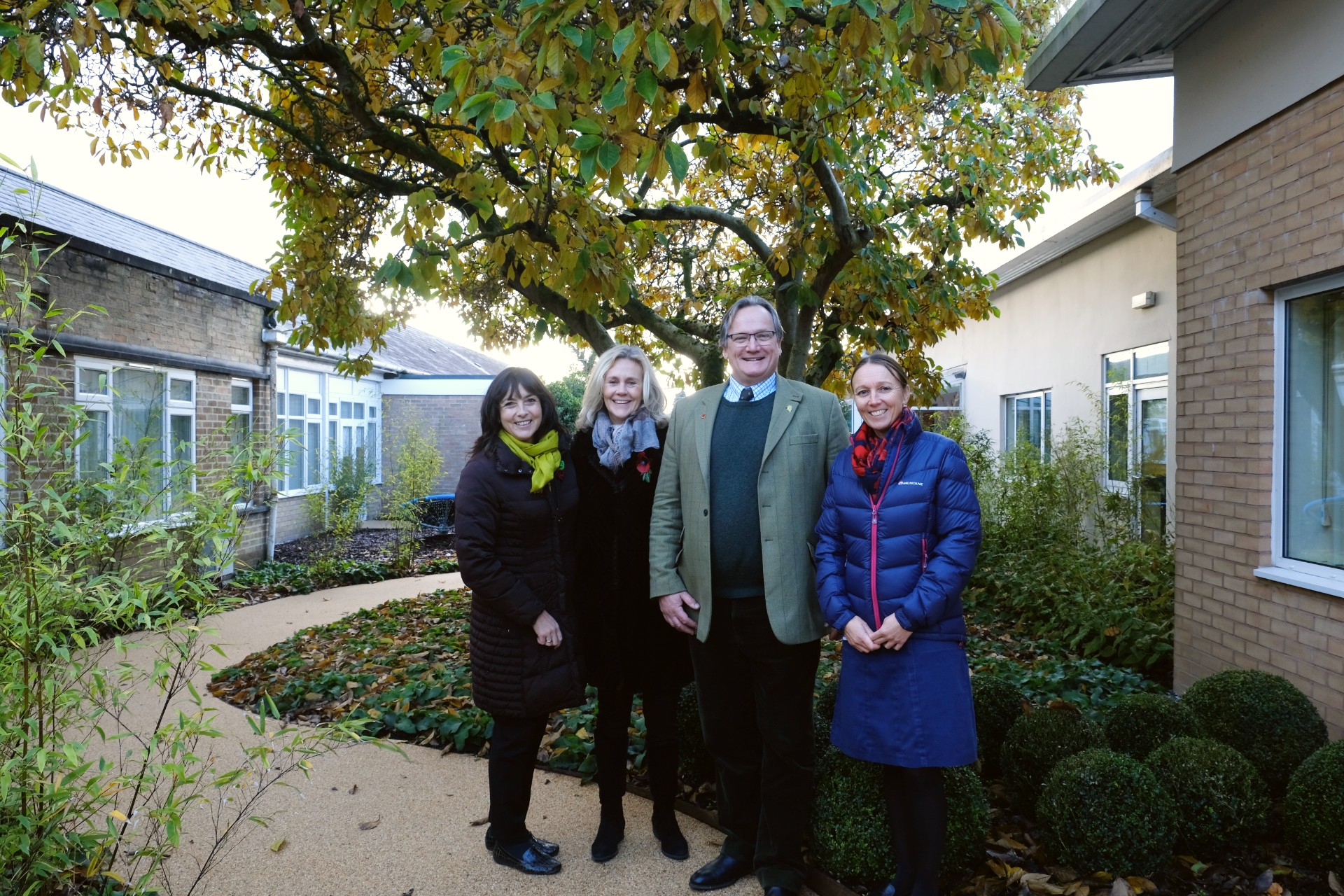 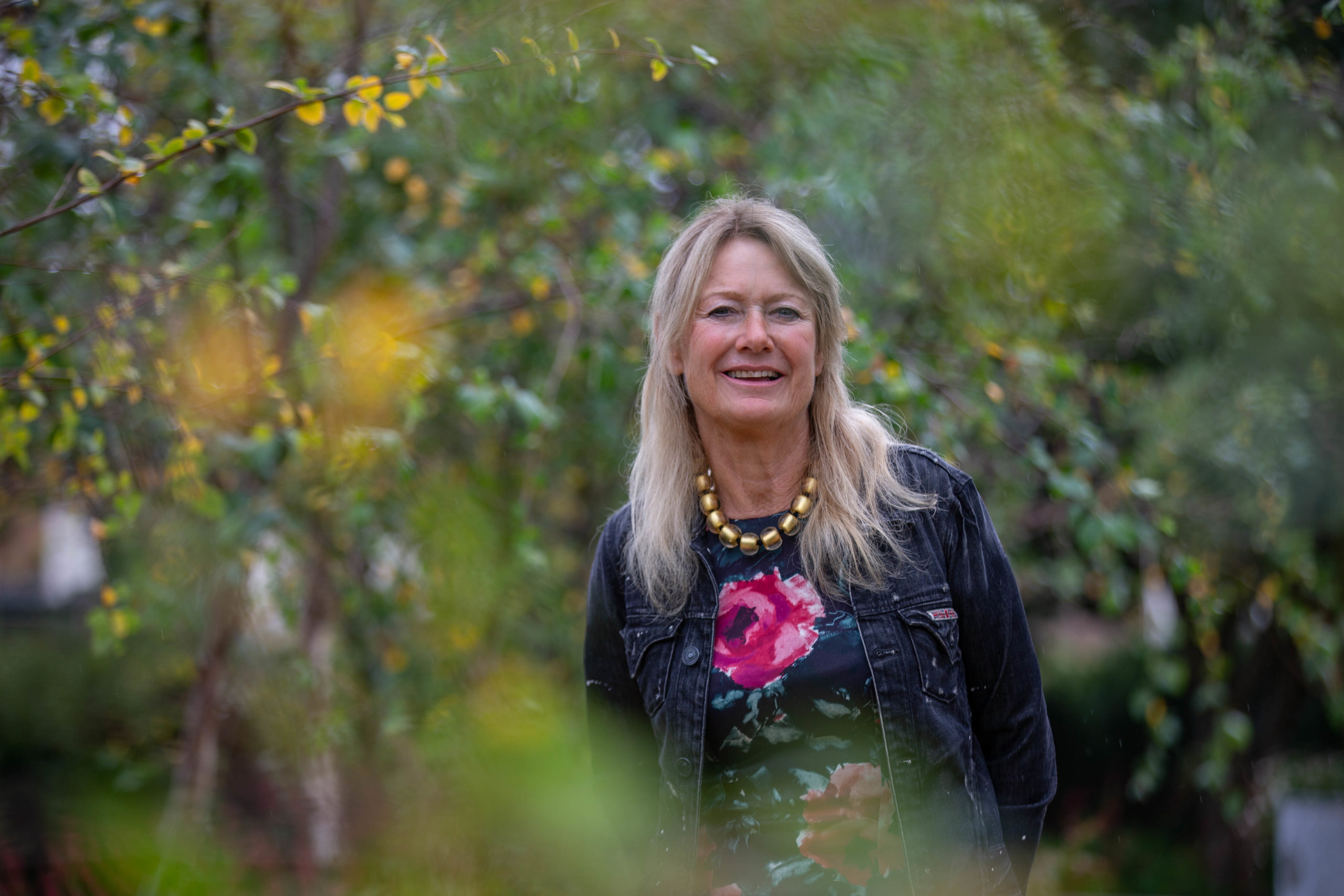 Whilst much of the planting was quietly preparing for spring beneath the soil in the new year, above ground the garden continued to be visited daily by patients, their loved ones and staff alike. Many braved the cold to spend some much-needed time away from the ward, with plenty of people enjoying a hot cup of tea in garden room whilst in the familiar, cosy company of family and friends.

Winter planters were a popular new year activity, with some patients discovering a love of gardening for the very first time. As winter gave way to spring, word of the workshops and activities available continued to spread on the ward, which prompted many people to try something new with immensely positive effect. We were particularly lucky to be joined by lots of external creative contributors too, including artist Leo Donaghy, poet Jeff Phelps, storyteller Simon Airey and marimba-maker Rick Wilson. All the sessions and the garden itself were wonderfully supported by everyone, including the growing volunteer team! 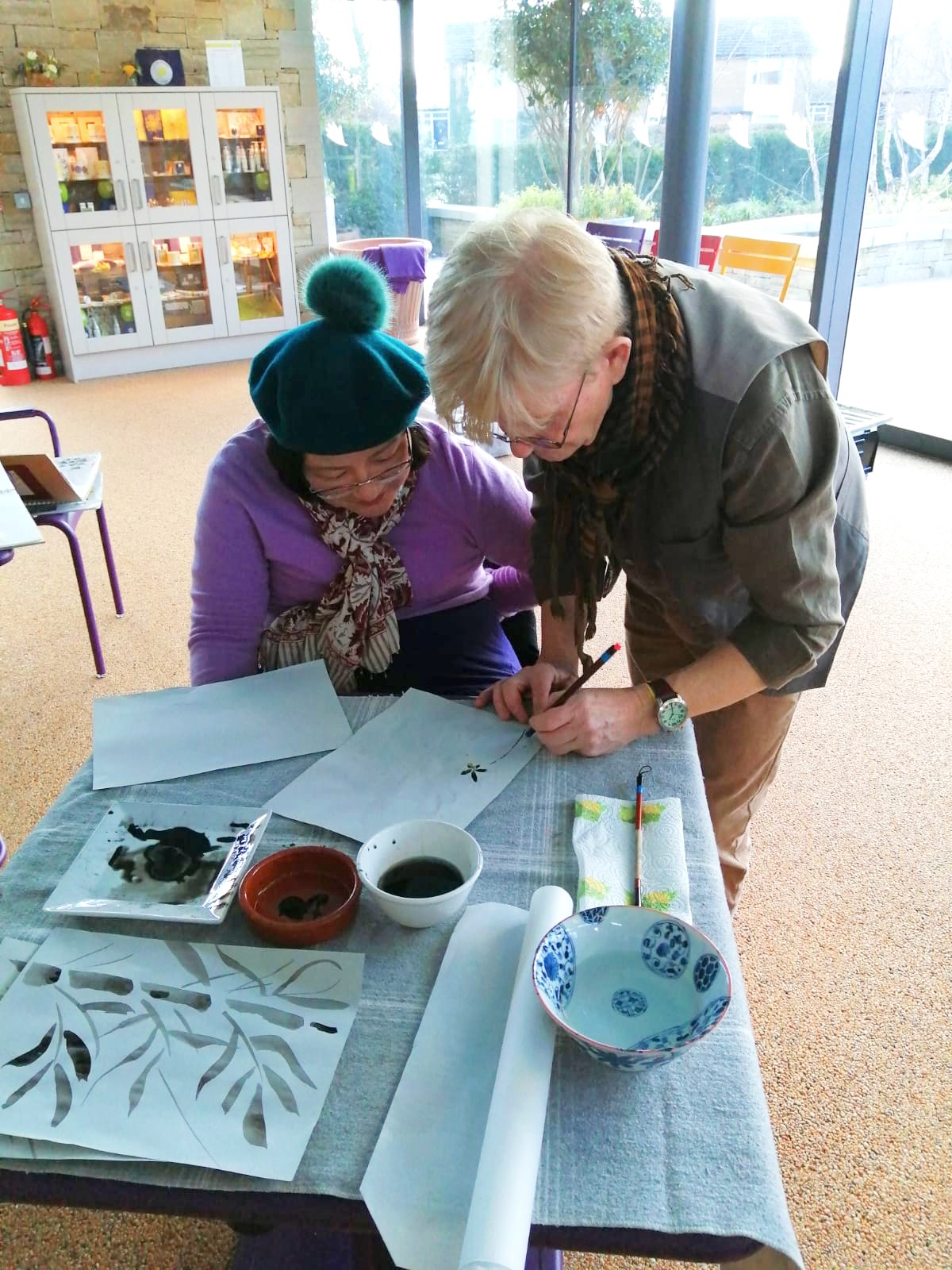 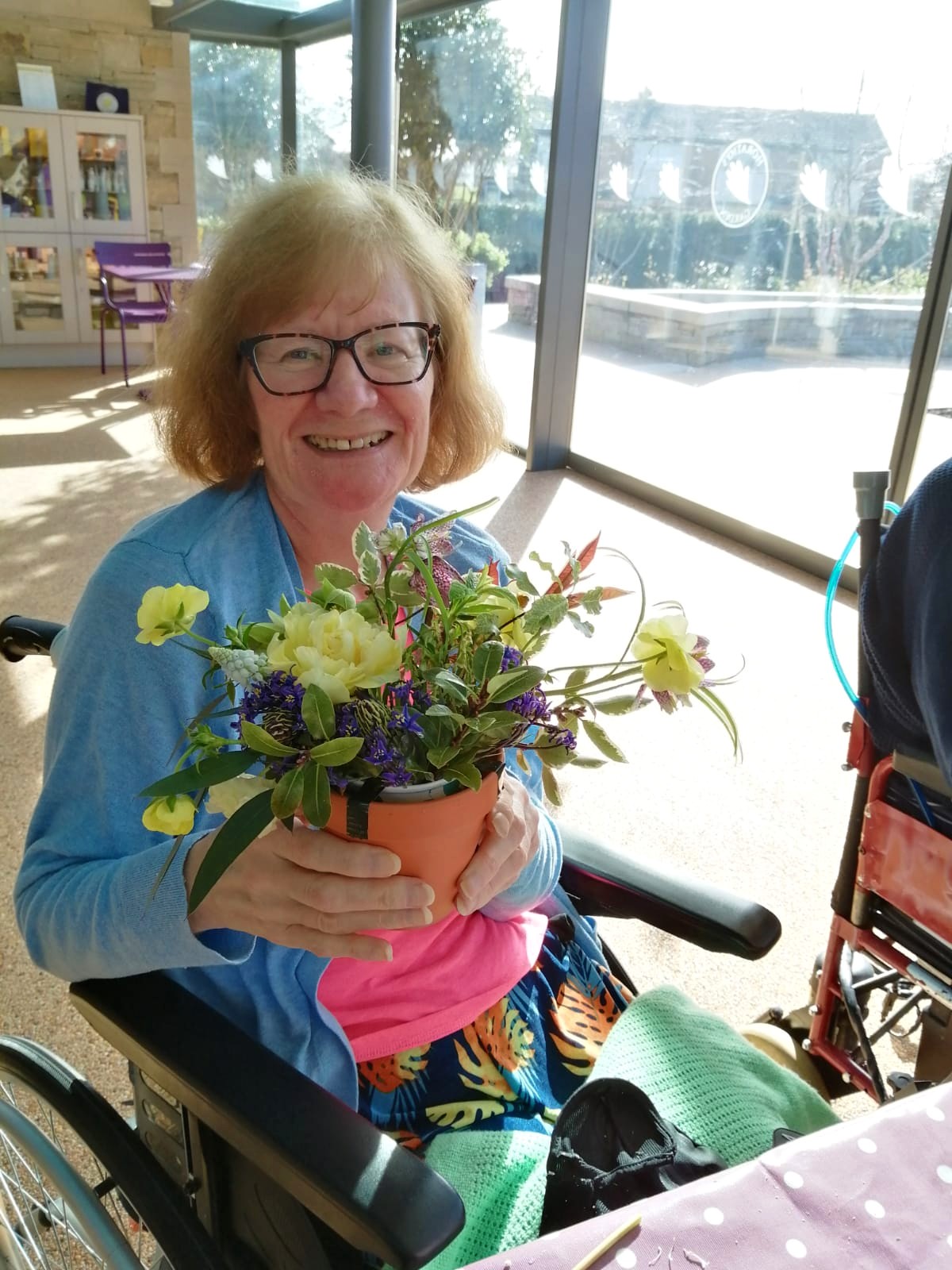 Just as the garden was truly beginning to flourish in its first spring, the world as we all knew it began to change.

The outbreak of Covid-19 meant volunteers were no longer allowed to visit the garden, however Head Gardener Imogen continued to tend to the planting and her horticultural support was welcomed on the ward from the outset. Horatio’s Garden became more vital than ever to patients and NHS staff, who all often spoke of how grateful they were to be able to access such a lovely space in such difficult times.

Patients were regularly joining Head Gardener Imogen for one-to-one horticultural therapy sessions throughout the crisis and she found that both patients and staff were keen to help her nurture the garden. Whilst some planted hanging baskets for the first time, others pruned and watered the garden, with plenty mentioning in passing that the garden had helped them and supported their mental wellbeing throughout an extraordinarily challenging few months. 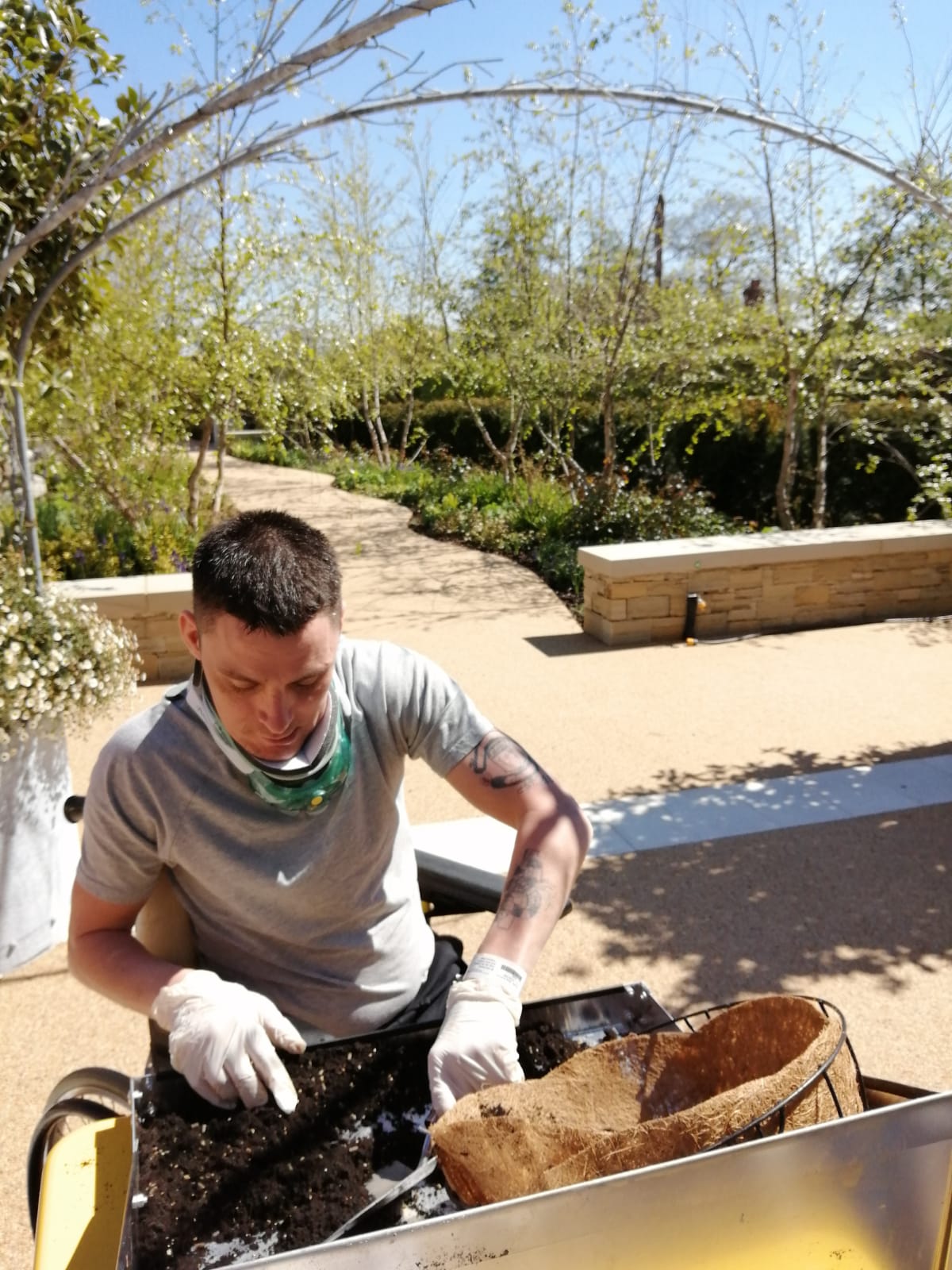 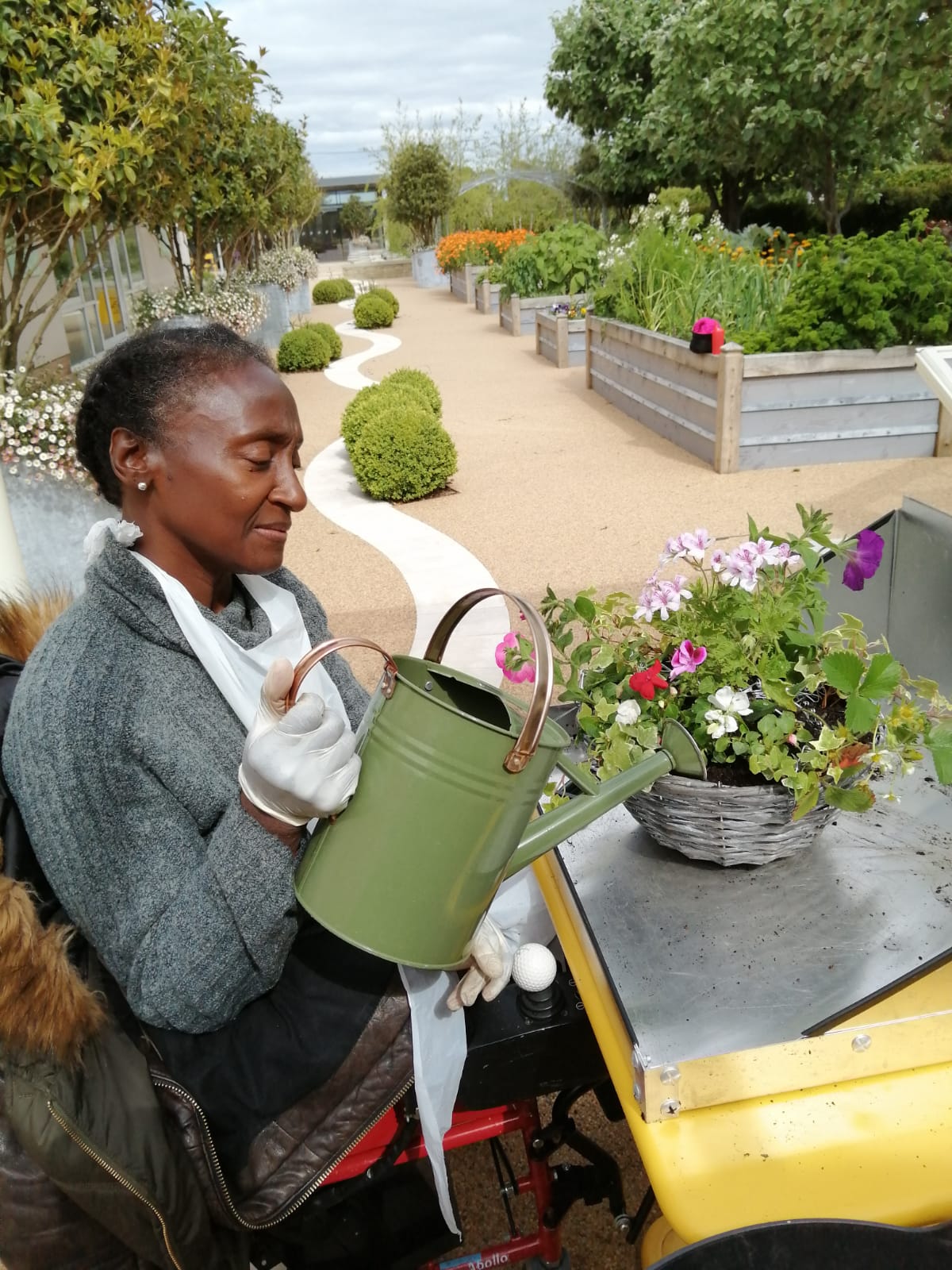 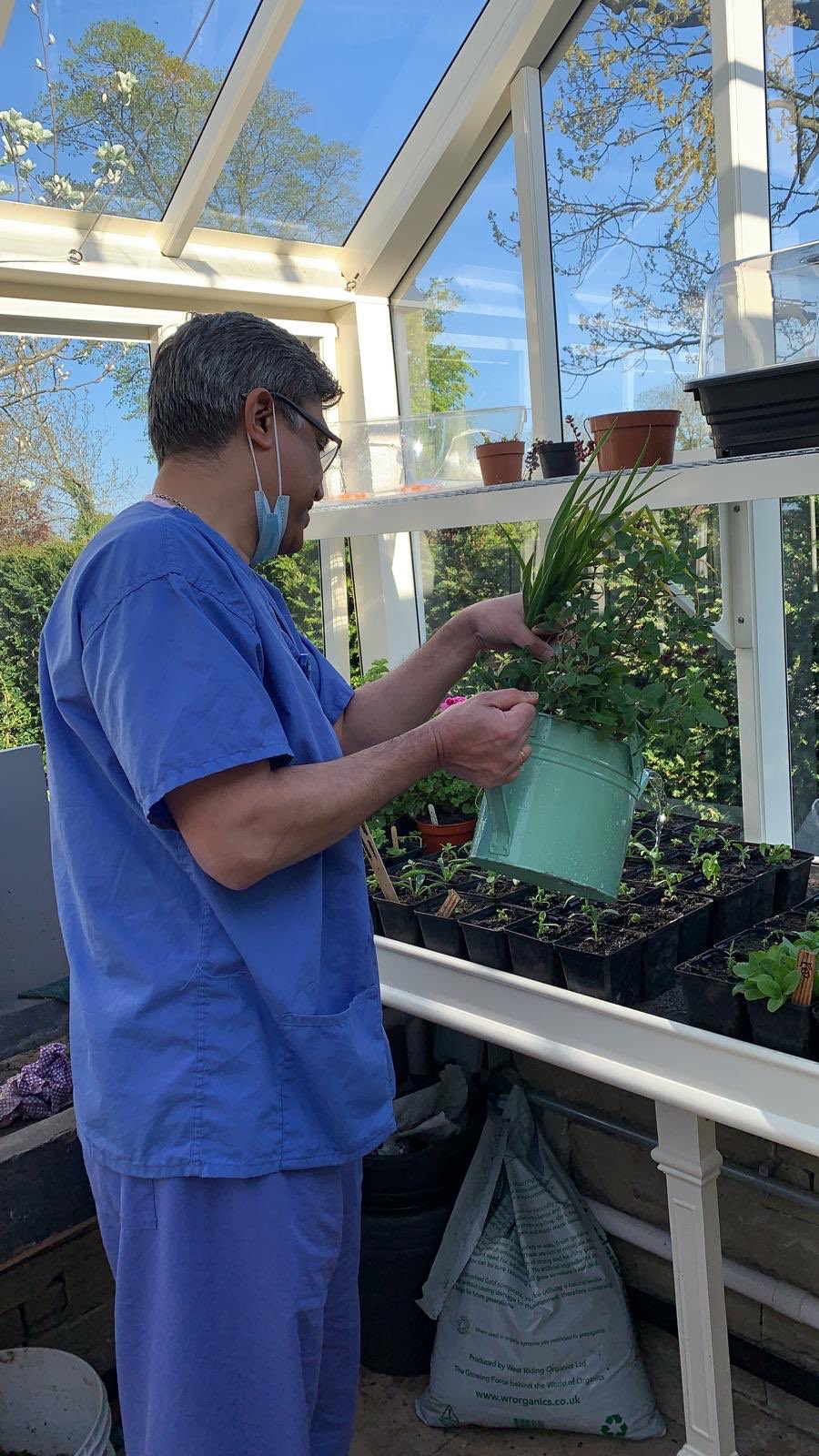 Horatio’s Garden offered calm and comfort to patients who had been unable to see their families in almost four months, whilst for staff it meant there was a place where they could continue effectively doing their job and take a moment or two for themselves.

“Thank God for this garden. Without the wheelchair training area out here, patients would have no training at all. The rest of the hospital is out of bounds, so it truly does make a real difference to be able to bring people out here. We are so lucky.”

Plenty of events were held which successfully kept everyone’s spirits up, with Sports Days, VE Day celebrations and a Midsummer Party among them. Each one offered patients and staff a little time to calmly relax and enjoy an afternoon in the summer sunshine, whilst they also provided an opportunity for volunteers to Zoom call in and contribute to the garden in various thoughtful, meaningful ways.

Furthermore, the League of Friends generously supported all the events taking place in Horatio’s Garden, providing drinks, snacks and various other thoughtful gifts to make each occasion that little bit more special. They have supported patients and NHS staff at the hospital throughout the Coronavirus crisis, not only by giving patients useful gifts such as Facebook Portals and boosting the morale of staff with similar tokens, but also by generously donating £1,000 to the garden. Their continued support, both before and during the crisis has made a real difference and we are so grateful for all that they are doing to help the charity, people spending time in the MCSI and NHS staff. 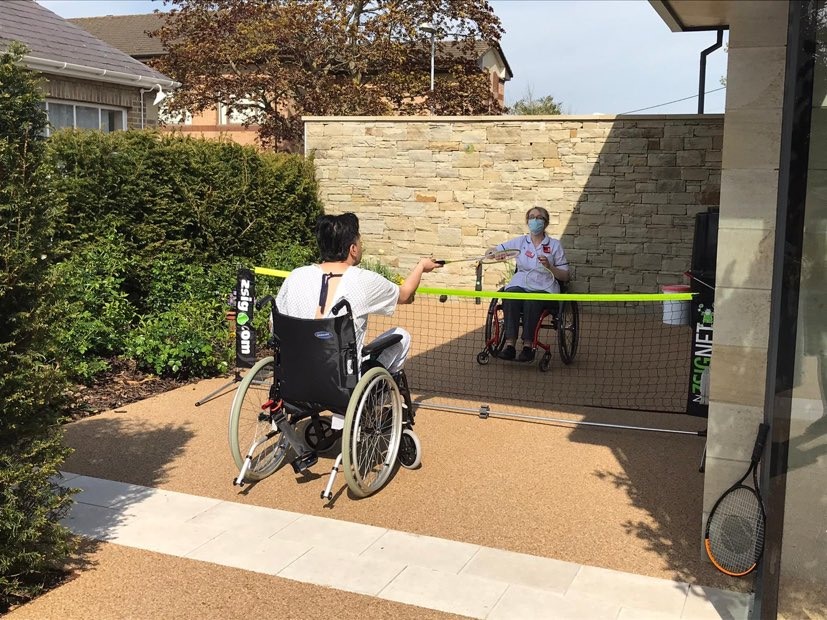 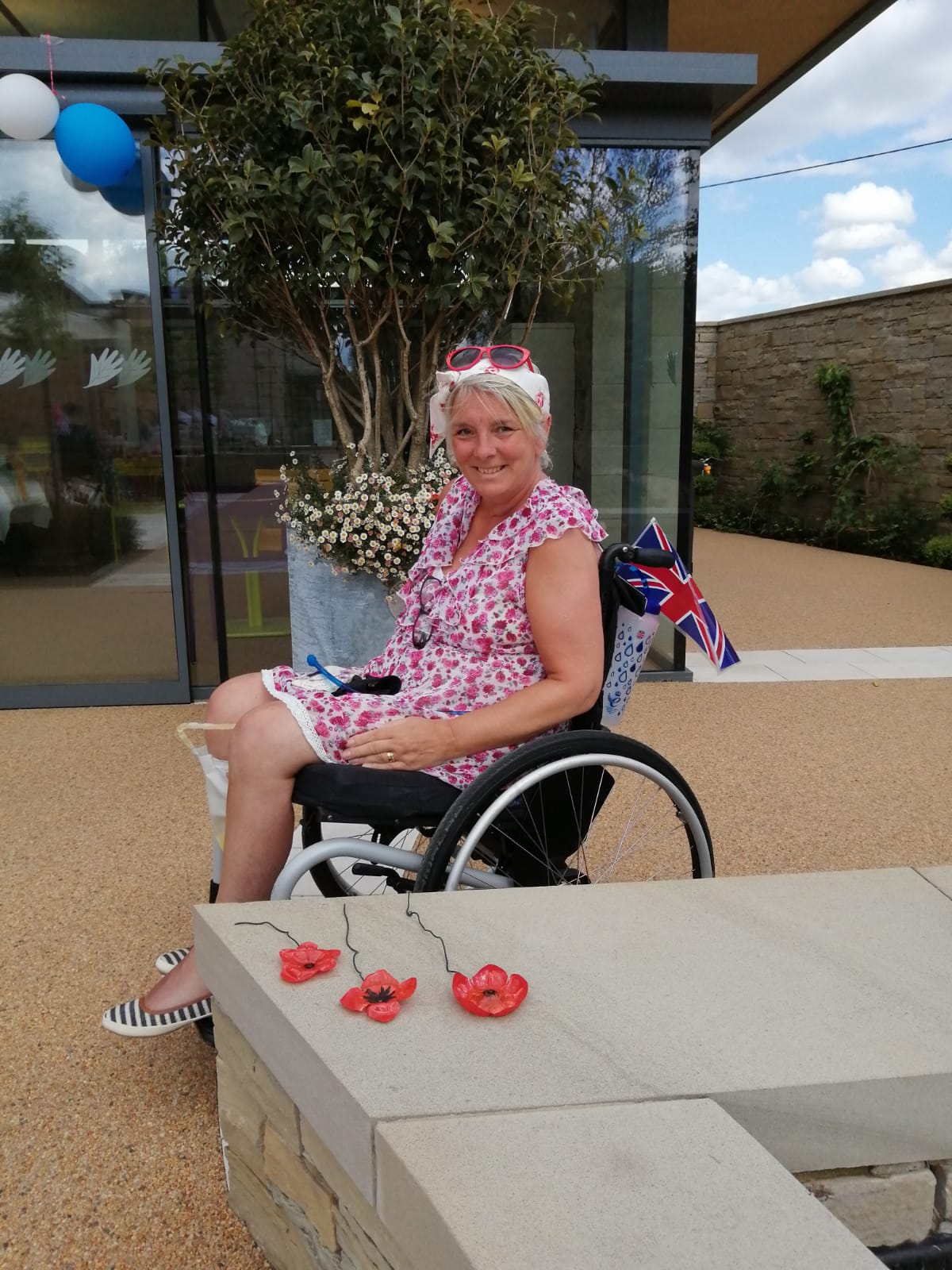 Most importantly, throughout recent months Horatio’s Garden enabled patients to reunite with their loved ones at a safe social distance for the first time since March. Naturally, many moving stories have been shared as a result. Among them were Adam and Kelly, who celebrated their 10th wedding anniversary when Kelly came to visit, as well as budding young gardener Sam who showed himself to be following in the greenfingered footsteps of grandmother Carol when he arrived to see her in the garden. 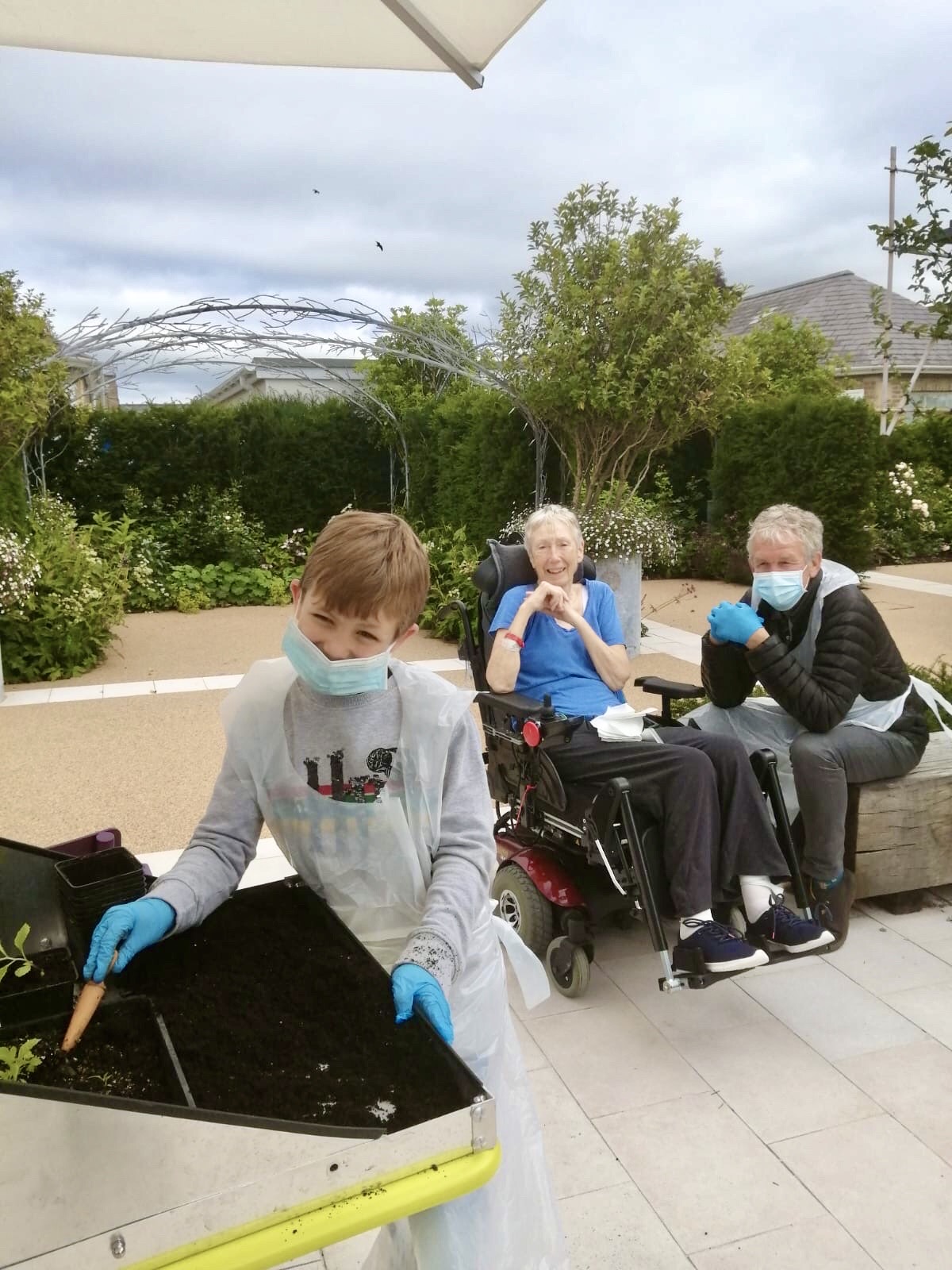 It was moments like these that Head Gardener Imogen shared with HRH Princess Eugenie, the charity’s Royal Patron, when she virtually visited the charity via Zoom in July. As Imogen recounted many amazing stories made possible by Horatio’s Garden, it became evident to both the Princess and everyone involved with the charity just how worthwhile all that we do is.

Thanks to good weather, the planting has established itself with vigour in Horatio’s Garden Midlands, a rather apposite visual reminder of just how much can change in a year. For all the challenges patients, their loved ones and NHS staff have faced, Horatio’s Garden has been a welcome reminder that nature can always be relied on to bring a little hope to everyone’s lives. 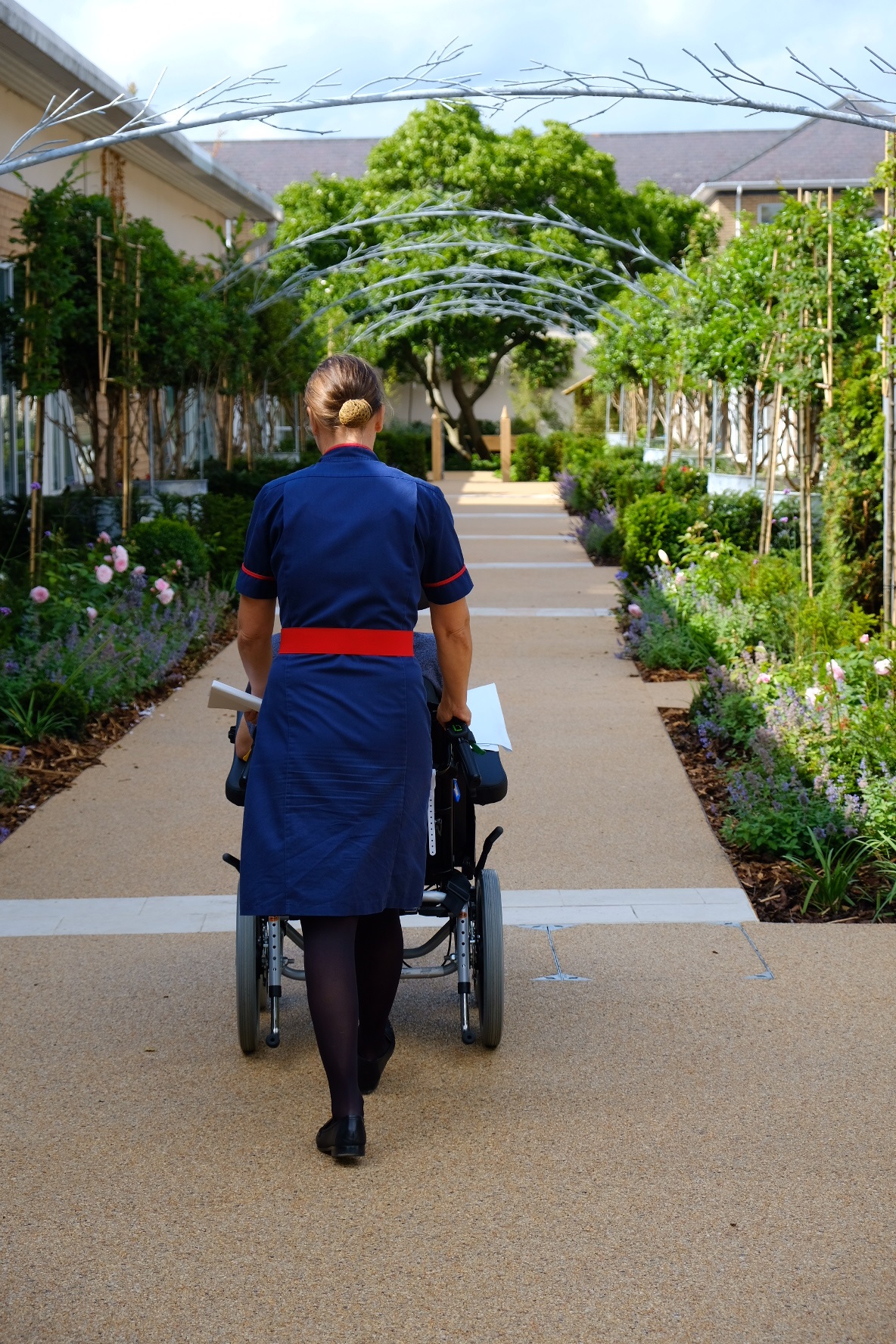 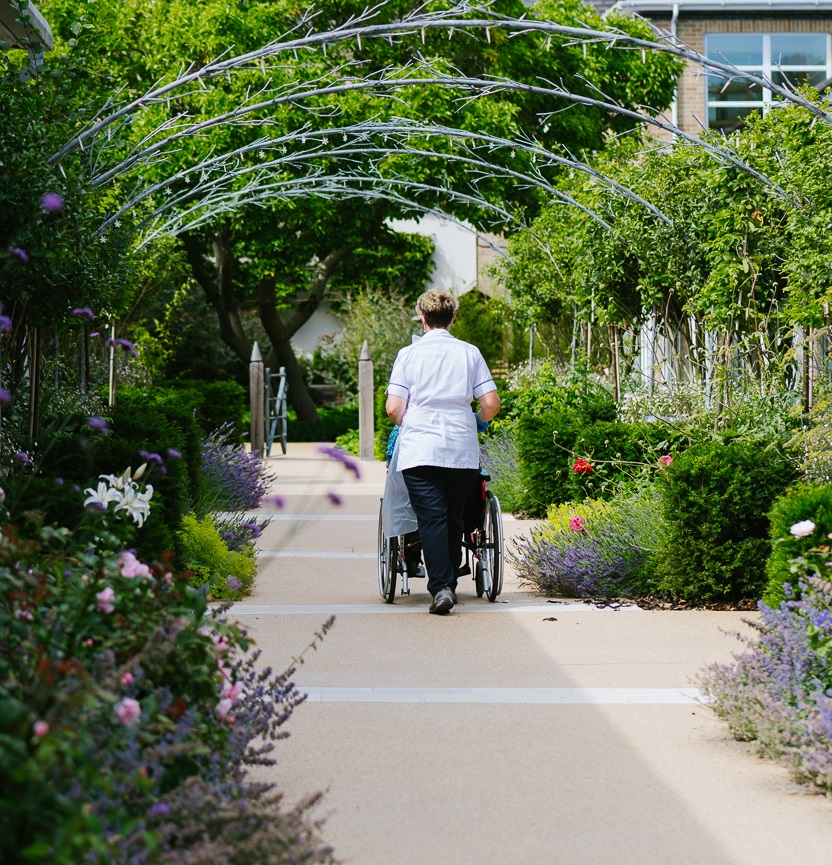 “Horatio’s Garden is a place where you can forget about what’s going on around you. Forget COVID-19, forget not seeing my family, forget I have a spinal cord injury.” 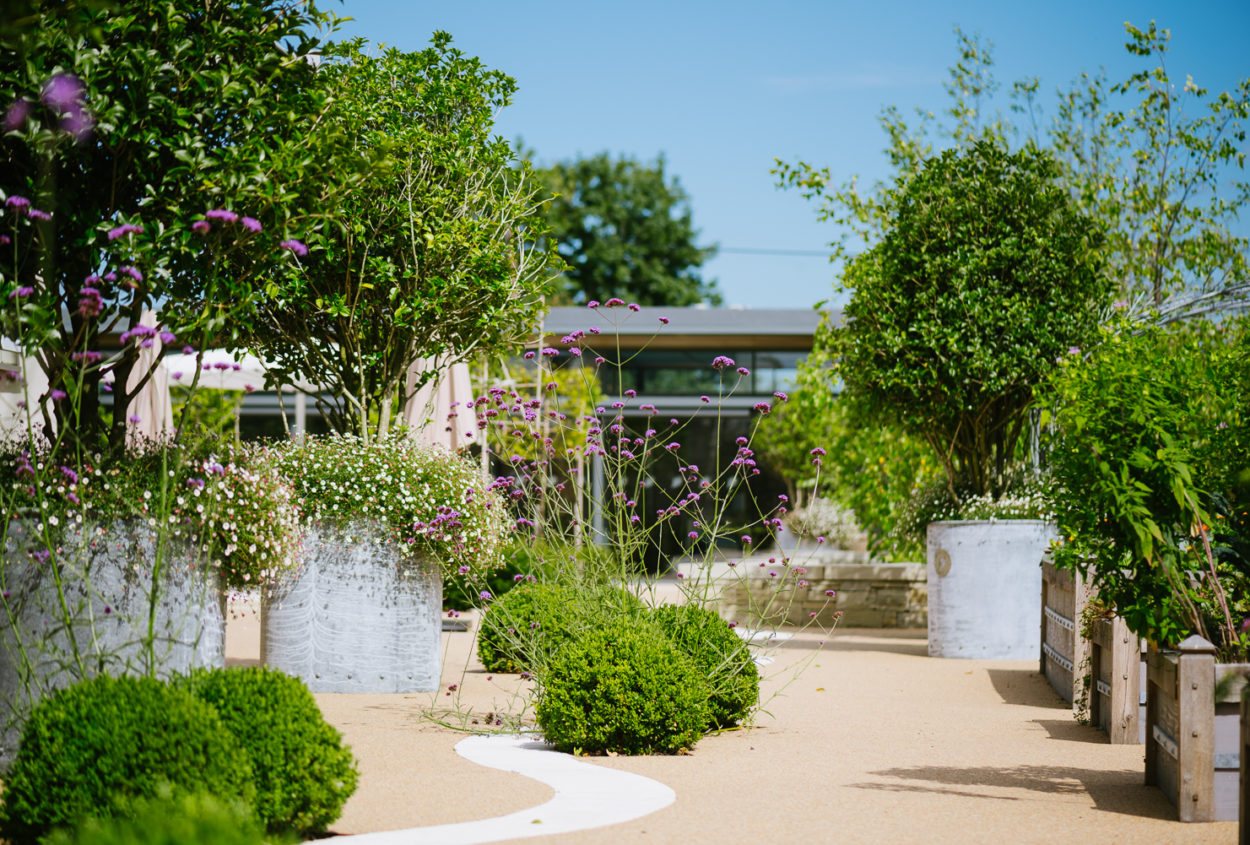 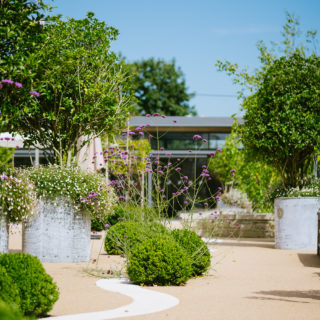