The Spring 2022 issue of Bloom magazine is now available and we’re delighted to be appearing in its pages thanks to a thoughtful article entitled ‘Power to the Patients’.

The piece focusses on Horatio’s Garden London & South East, as well as Maggie’s Southampton, and is all about gardens being places of recovery, particularly for people facing life-changing illness.

Led by stunning photographs taken by Lucy Shergold, the story features insights from the garden’s award-winning designer, Tom Stuart-Smith, our Head Gardener, Ashley Edwards, as well as patient George, who generously shared how Horatio’s Garden helped him throughout his time in hospital. 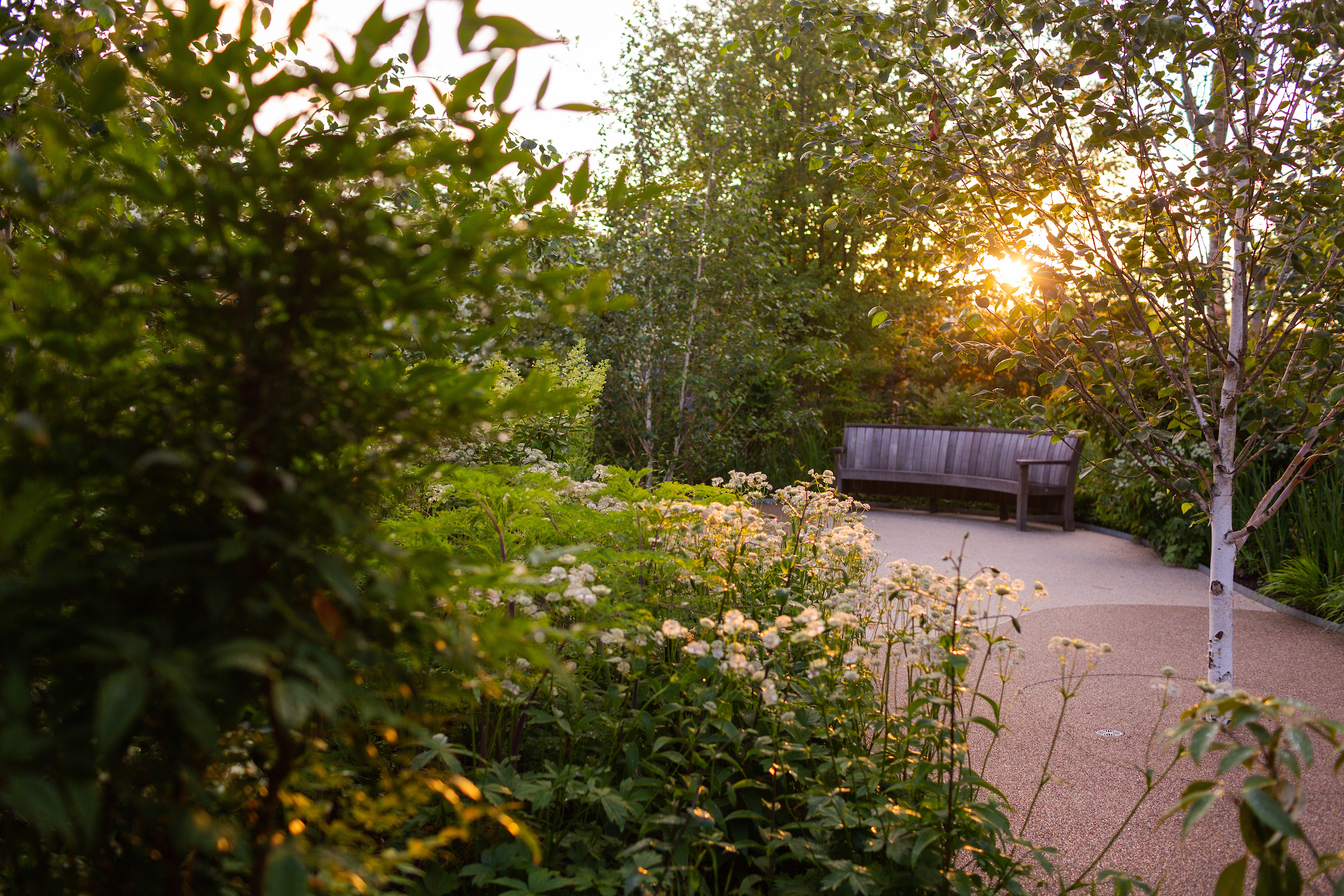 The opening paragraph introducing the charity is shortly followed by a section penned by Tom, who discusses the concept of the garden, the reasoning behind the planting and why elements of the landscape appear as they do. He goes on to explain why all these aspects are so important, with the two sides of the garden carefully considered so that people spending time in the sanctuary have access to both a vibrant social space, as well as a quiet, reflective one.

He also touches on the way in which making the garden subtly accessible unites the two sides, meaning patients and their loved ones can enjoy the garden whenever they wish.

Artfully picking up the thread of Tom’s contribution, Ashley provides details of how the garden has been used since it opened in September 2020, illustrating that Tom’s design has more than fulfilled the brief. 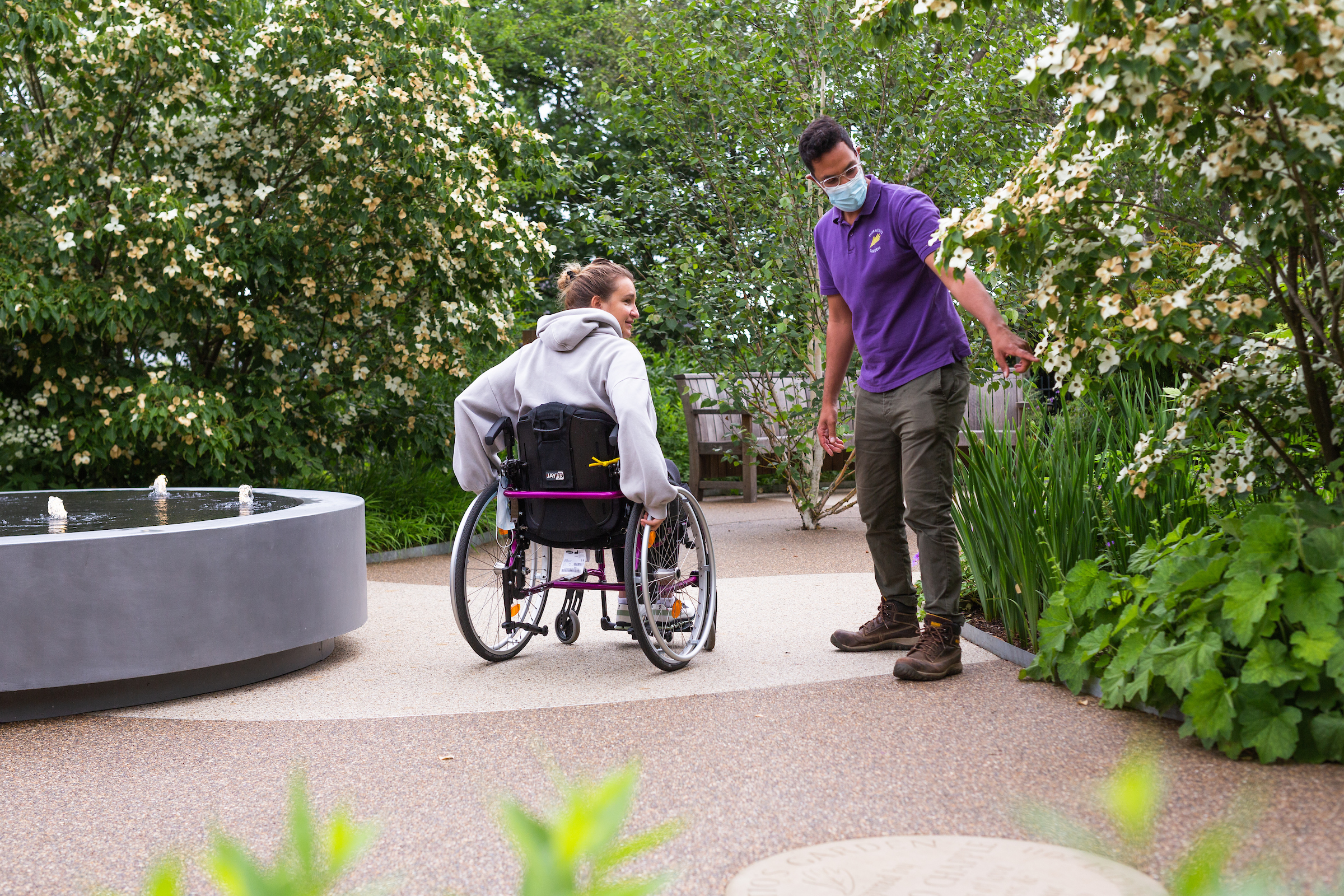 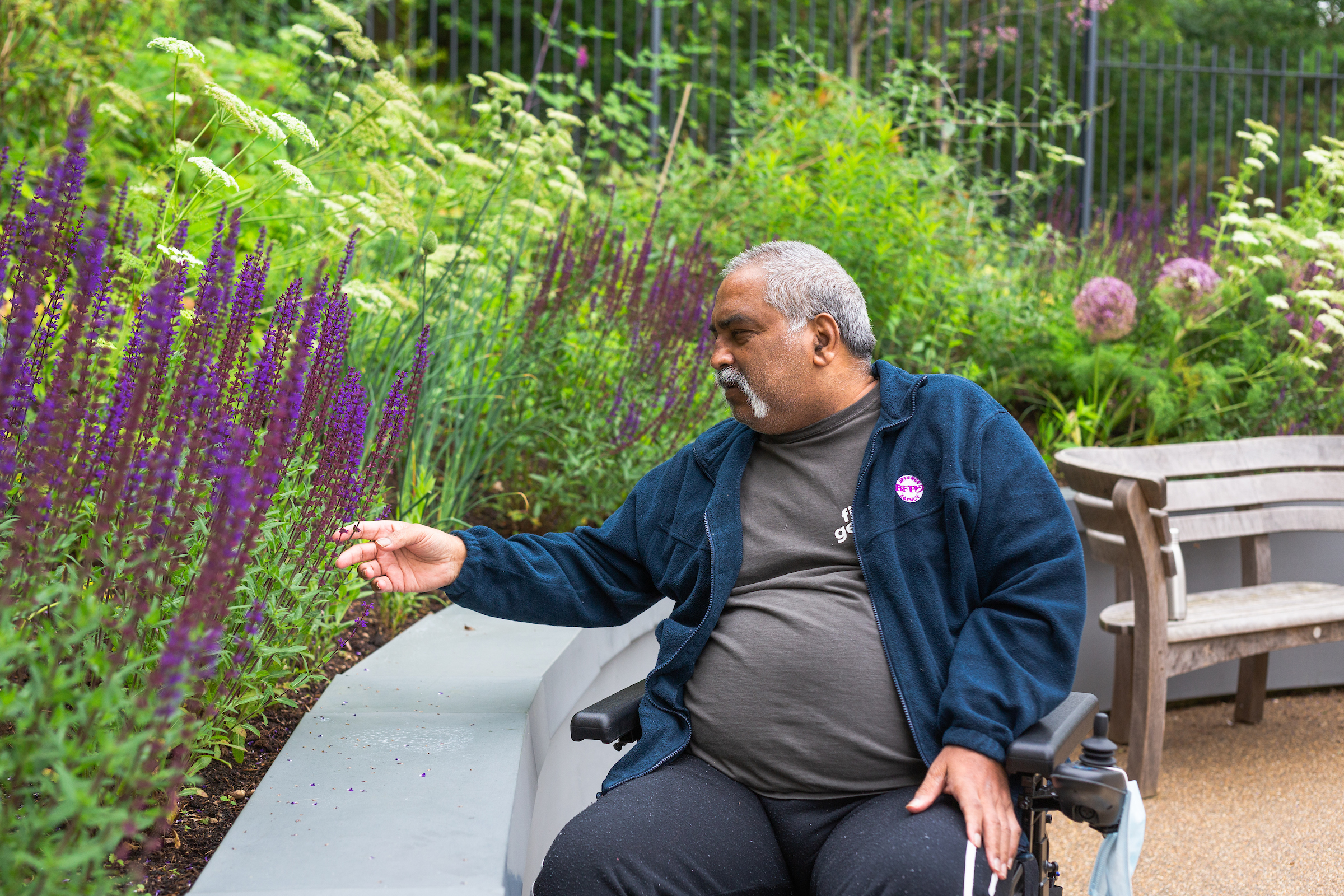 Offering people a place to go for a restorative break, horticultural therapy and so much more, Ashley sees his role as one that’s immensely fulfilling. He shares that as Head Gardener one of the most important things he does is to help people to engage with nature to full therapeutic effect. He’s found that the best way of doing this is involving all the senses – a little trick we can all try at home too!

He goes on to mention that listening to everyone is something he always takes the time to do too, as simply being there for those visiting the garden makes a real, positive difference.

George is one of the many patients Ashley has come to know well in Horatio’s Garden and it’s his personal experience and story that brings a real sense of the transformational impact the horticultural haven holds to the piece. 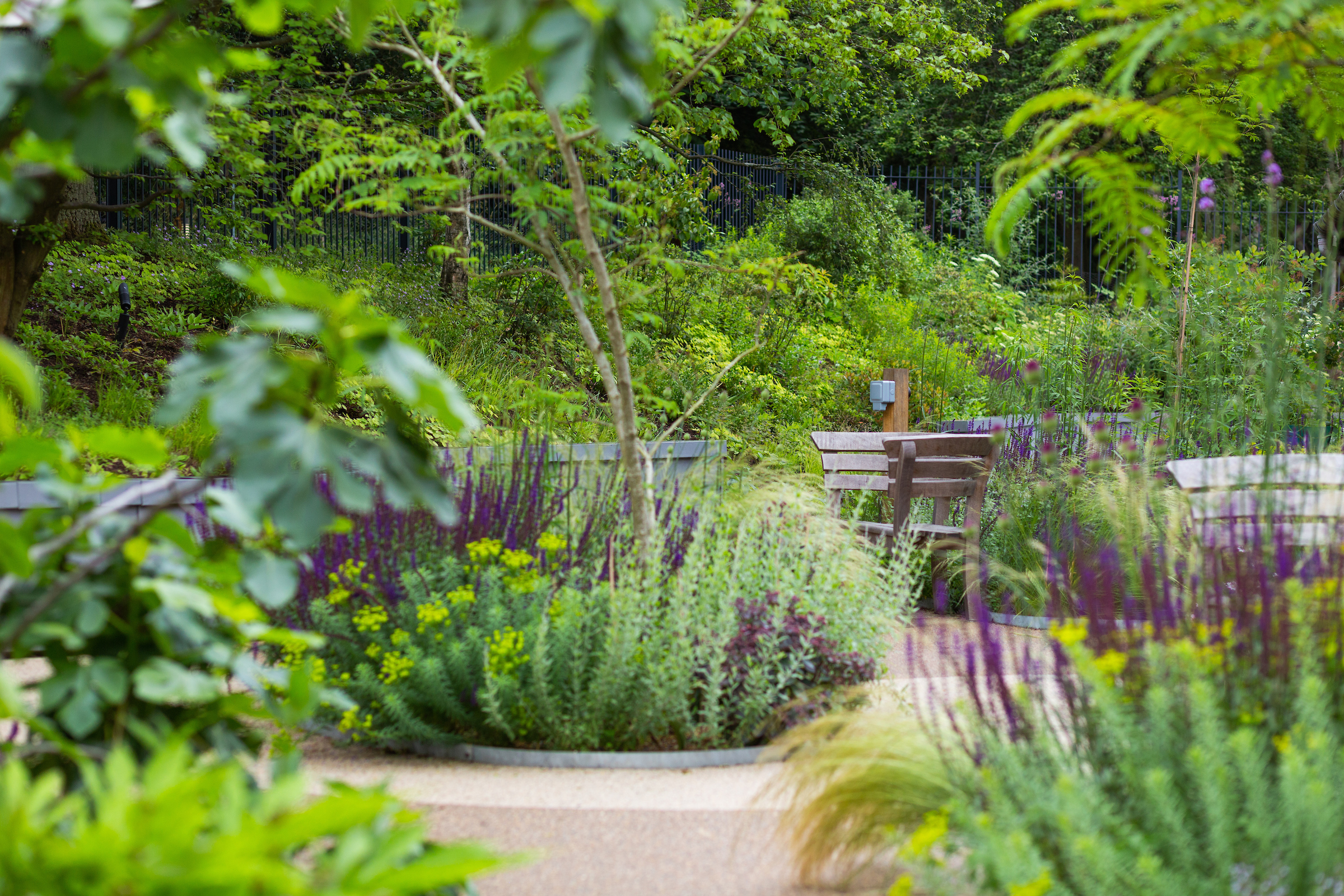 Calling the garden a ‘relaxing retreat’ and a ‘refuge’ for when things get emotional and tough, George has truly felt the benefits of nature and wildlife. As he mentions in the piece, even after being a gardener for 20 years, he has still been surprised by the new plants he’s discovered in Horatio’s Garden and by the joy they bring, even in the depths of winter!

If you’re intrigued by Bloom, or would like to read the article in all its beautiful glory, you can buy the Spring 2022 issue of the magazine online now. As a publication for modern nature lovers, gardeners, plant admirers, curious explorers and outdoor adventurers, there really is something within it for everyone! 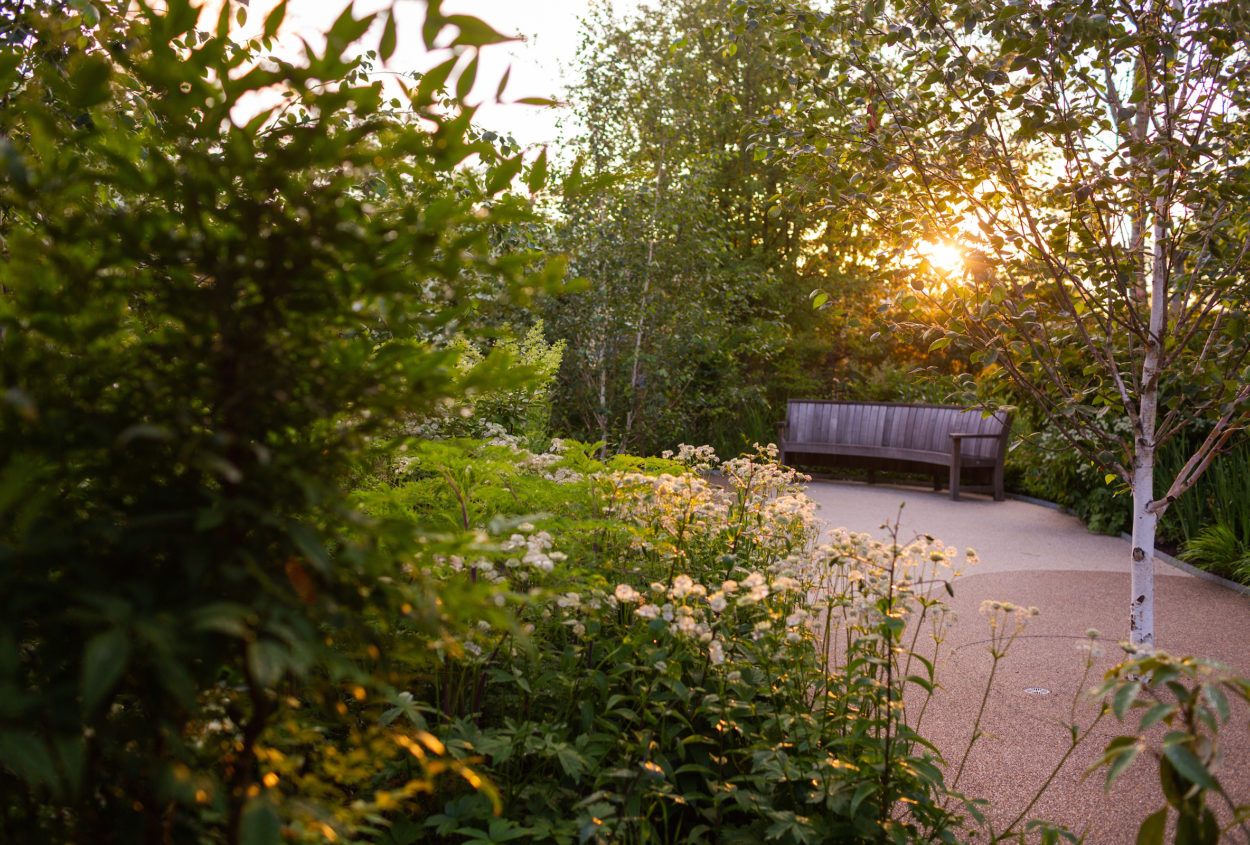 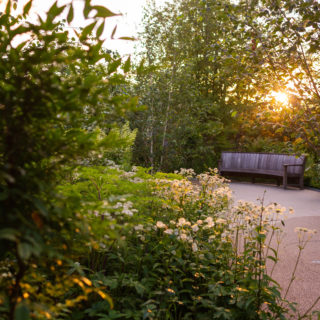