It was lovely to see Horatio’s Garden featured in the March edition of Articulate magazine, which goes to all staff members of the Royal National Orthopaedic Hospital (RNOH), Stanmore.

To read the full article on pages 26-27, please click here

The article was all about introducing the wider hospital community to the impact our London & South East garden has had and the positive benefits enjoyed by patients since the opening of the sanctuary last September.

The feature did so by sharing Curtis’ story, as well as by including a few additional insights from patients Nina and Barry.

Since his arrival at the London Spinal Cord Injury Centre, Curtis has visited Horatio’s Garden every day and it wasn’t long before he discovered the delights to be found growing the greenhouse. This sparked his interest in gardening and he began to join Head Gardener Ashley for one-to-one horticultural therapy sessions. These have not only improved his mental wellbeing, but have also helped him to regain movement in his hands. 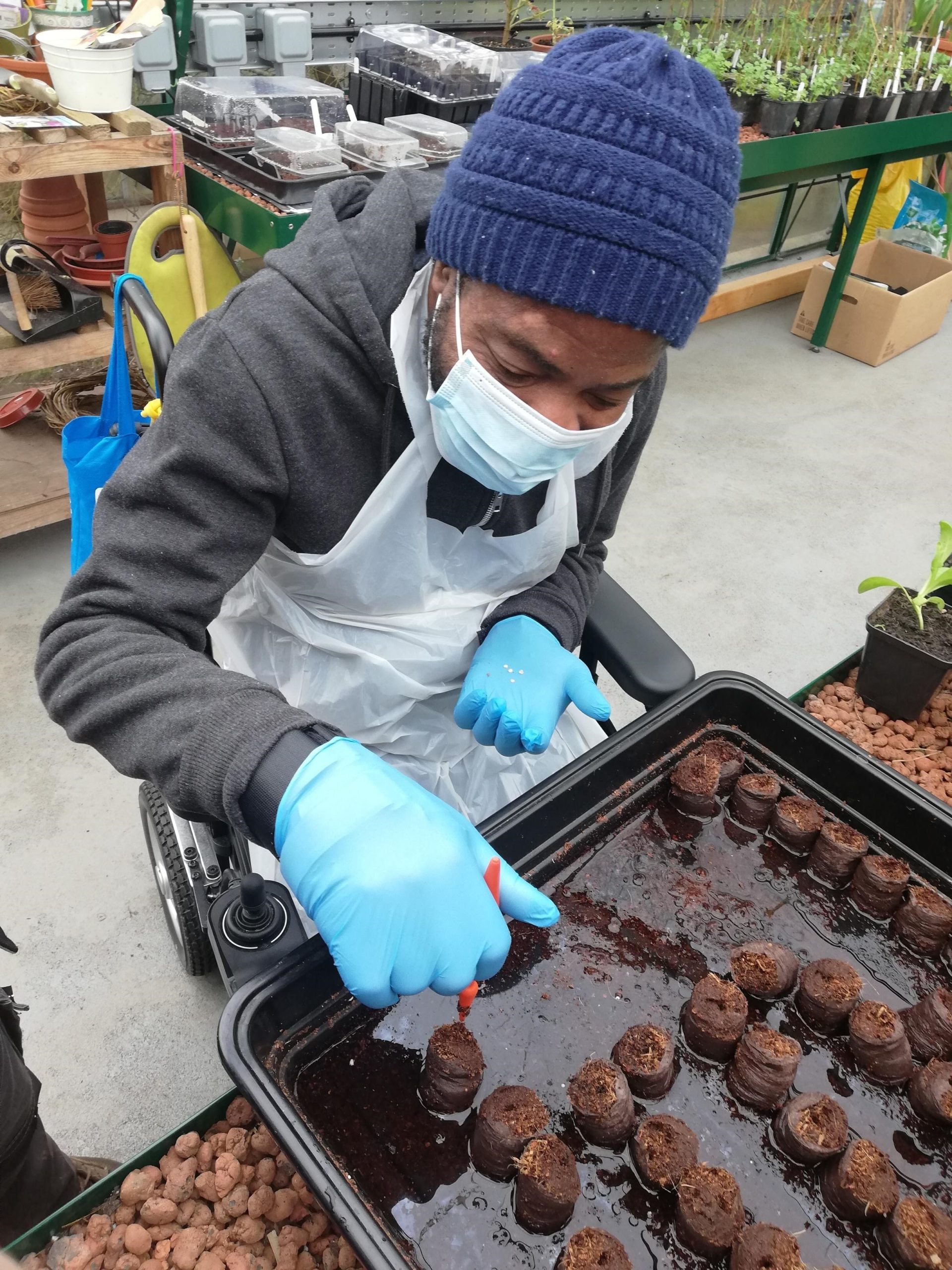 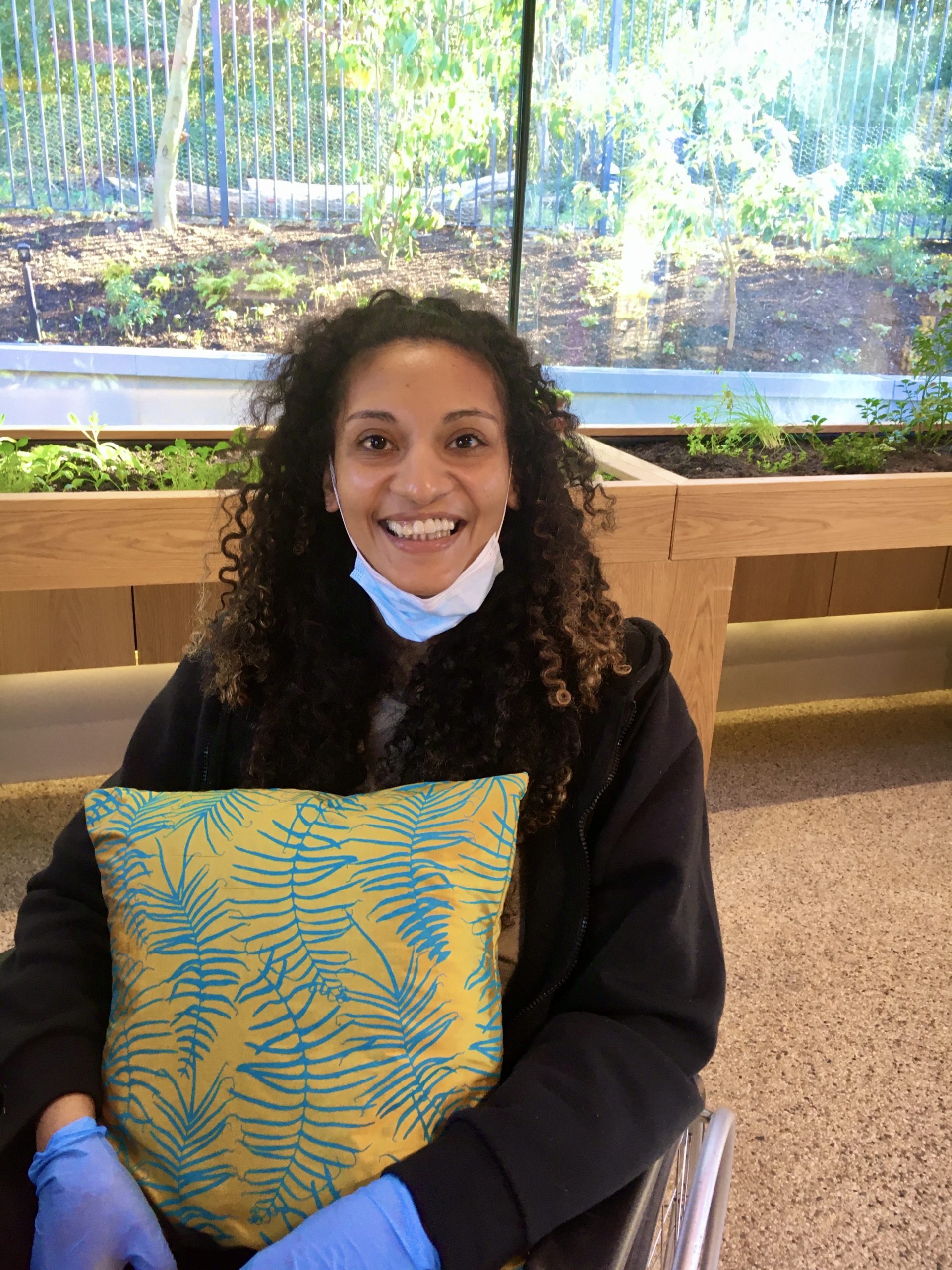 As the piece mentions, Curtis spends time in the garden safely alongside plenty of other patients, with readers meeting Nina and Barry too.

Nina has embraced every element of the garden, planting tomatoes and various other seeds with Head Gardener Ashley, however her passion project is creating cushions. She’s been crafting her collection with Garden Administrator, Tracey McCarthy, using raw silk and a sewing machine and plans to take her bright and beautiful furnishings home with her soon.

Meanwhile, Barry has impressed everyone with both his greenfingered and creative skill, particularly when he ran up a silk lavender bag in record time!

We are grateful to the RNOH for embracing Horatio’s Garden so enthusiastically and know there will be many more stories to come in the haven’s next chapter. 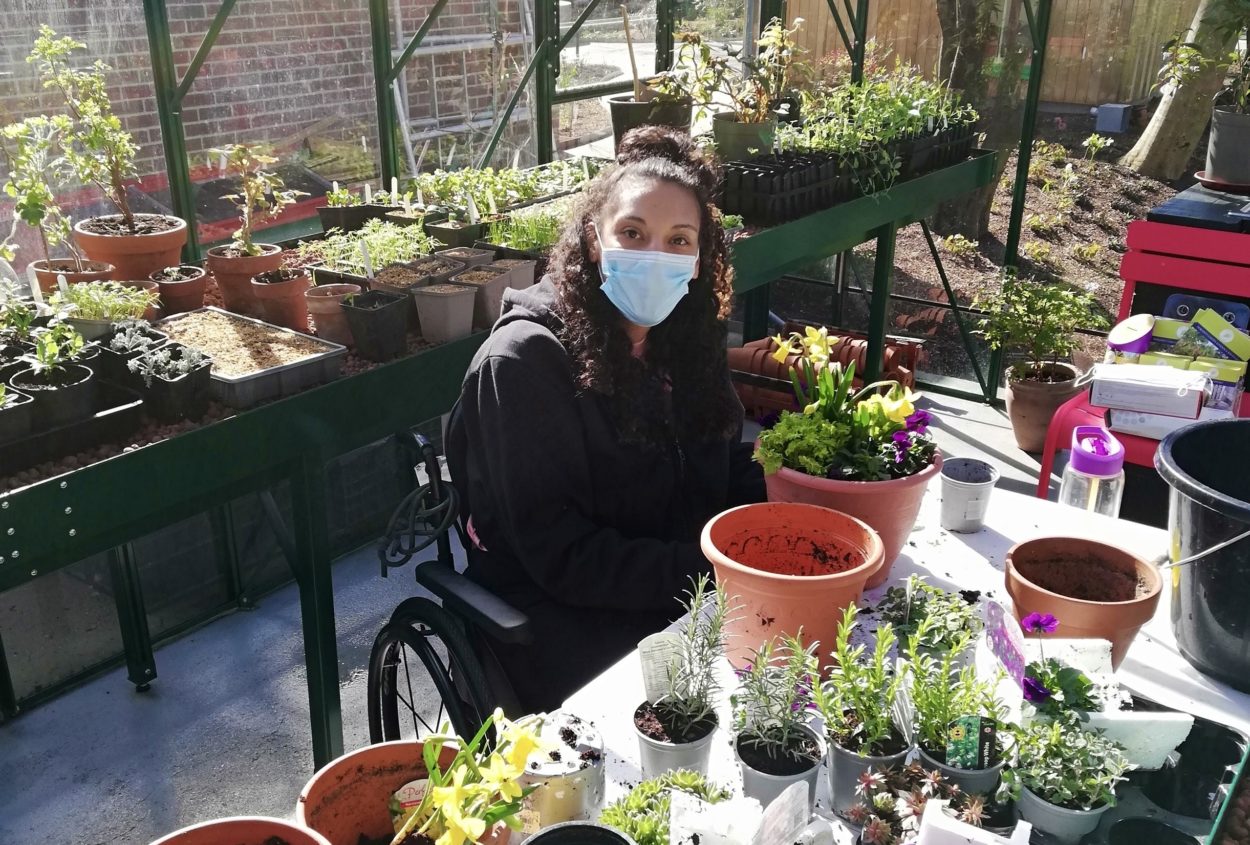 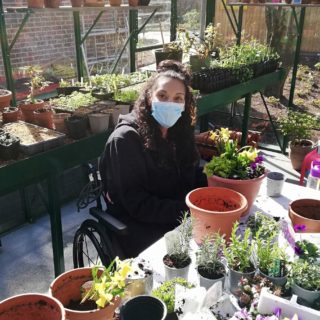