health is made at home – new book by lord nigel crisp

Lord Nigel Crisp, former Chief Executive of the English NHS, has recently written a new book entitled Health is Made At Home, Hospitals are for Repairs: Building a Healthy and Health-Creating Society.

Lord Crisp led major NHS reforms between 2000-2006, whilst he was also Permanent Secretary of the UK Department of Health. Since then, he has worked globally, with an emphasis on Africa, where he has learned new ways of thinking about health and wellbeing.

His focus has always been on health workers and communities, which led to him founding and now co-chairing Nursing Now, a global campaign to raise the profile and status of nursing.

Lord Crisp’s wealth of experience and knowledge can be tangibly felt in the book, which refocusses the conversation regarding the NHS and places the responsibility on us to create a healthy society. The message is particularly timely and poignant in light of the current Covid-19 pandemic, which has demonstrated how important it is for each and every one of us to resource the millions of magnificent health and care workers in a better way for the future.

In order to illustrate his point, Lord Crisp draws on various examples of people and projects all over the country who are not only preventing disease, but also creating health. Horatio’s Garden is one of these and he generously devotes pages 111-115 to outlining the charity’s work and the difference it makes to the lives of thousands of patients, families and NHS staff everyday. As he delineates, the NHS ‘can only react, doing the repairs’, but it is up to us to tackle the underlying causes in our workplaces, communities and at home in order to relieve pressure on the health service. Only then will it always be there for us when we need it.

The book will be available from Monday 29th July, but if you would like to pre-order it you can do so by clicking here.

We are very grateful to Lord Crisp for including us and hope that his calls for a new partnership between the NHS, government and the general public to build a healthy and health-creating society will soon be answered. 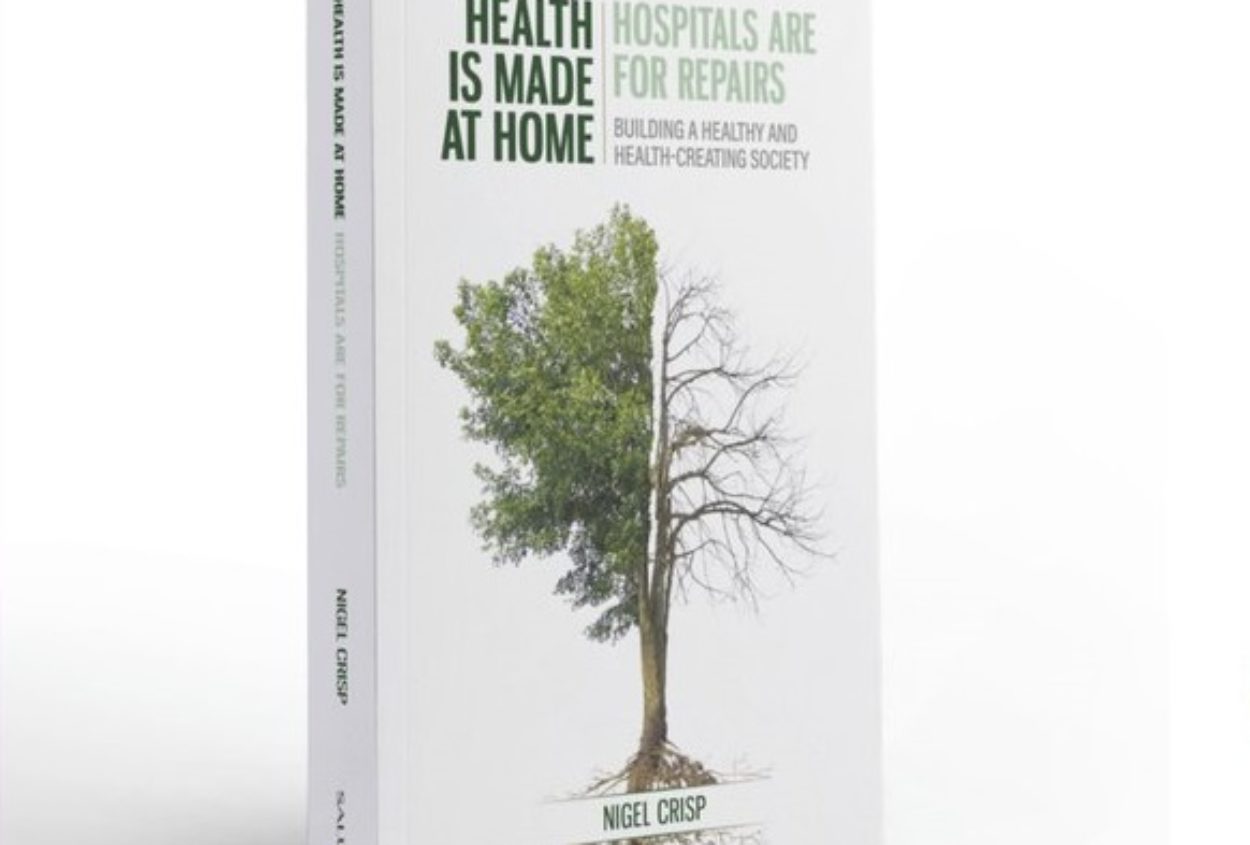 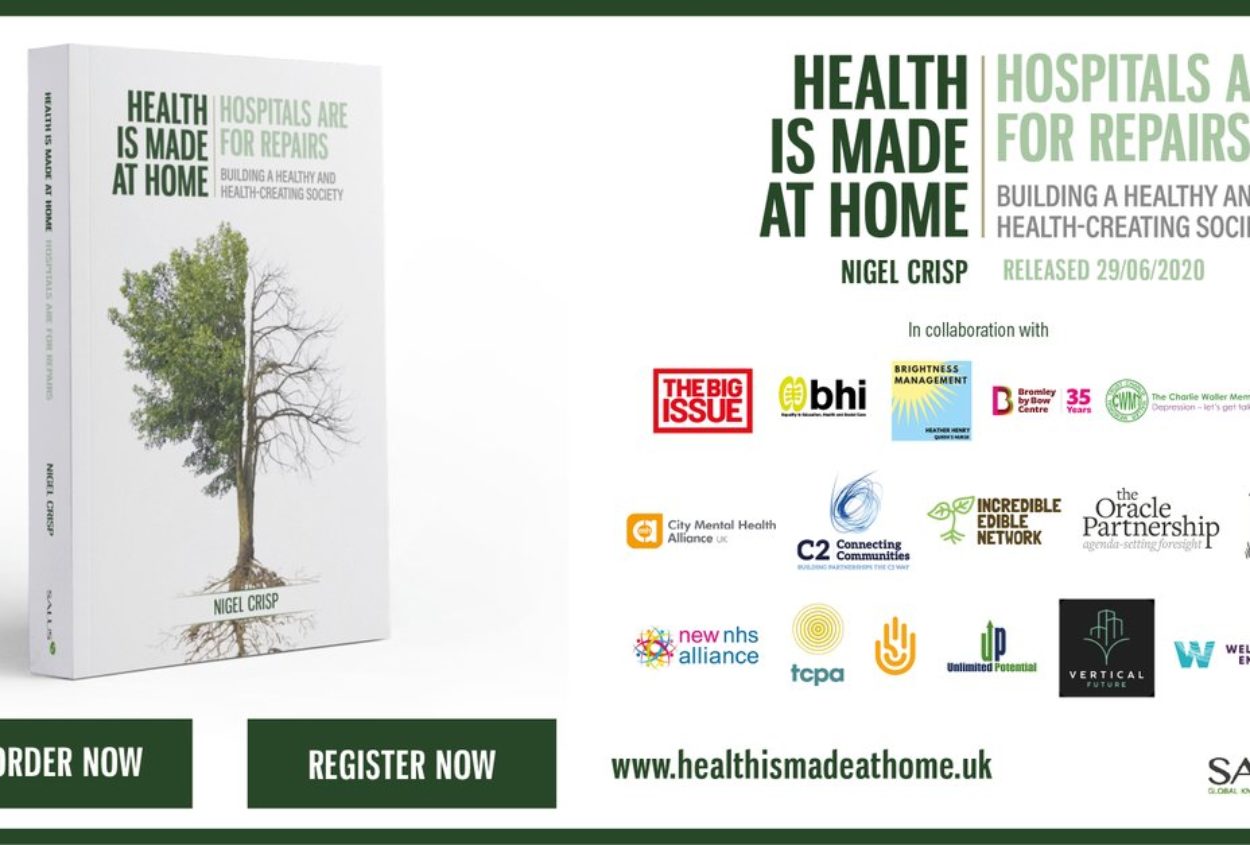 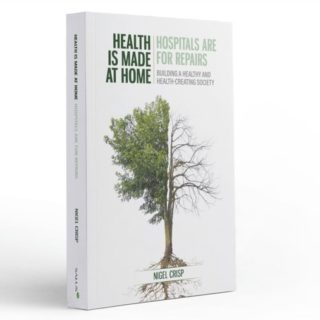 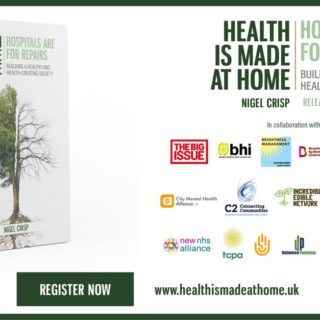