As we enter a month when everything is really starting to flourish and gardens everywhere become a hive of horticultural activity, Head Gardener Stephen has plenty of advice as to where to start, whether you’re attempting to tend to your Sweet Peas or create your very own meadow!

May is the time to plant out Sweet Peas (if you haven’t already!). Make sure they’ve been hardened-off outdoors for a few days in a cold frame or sheltered spot beforehand. They are hungry and thirsty plants, so mix plenty of rich, moisture-retaining peat-free or home-made compost into the soil. You’ll need to put some supports – a trellis, obelisk or somesuch – for them to climb up. Here at Horatio’s Garden we are using hazel poles, arranged in a ‘wigwam’.  Keep the plants well-watered, and tie them in loosely to the supports as they grow. This year I am growing several varieties which have purple-pink flowers, so there should be some harmony among the flowers later in the summer. My all-time favourite is ‘Cupani’, with its heavily-scented purple and magenta flowers, which first came to Britain from Sicily in 1699. 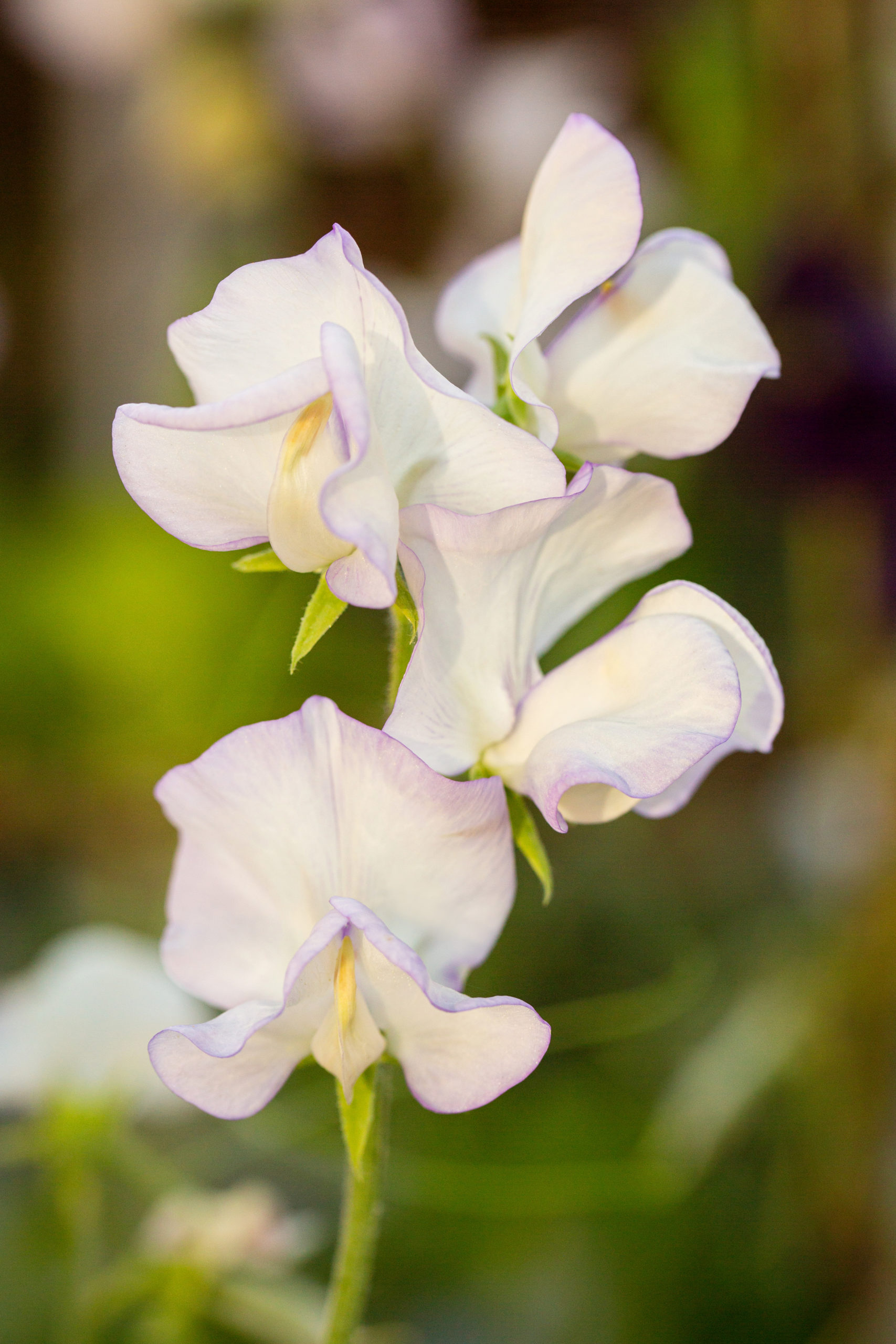 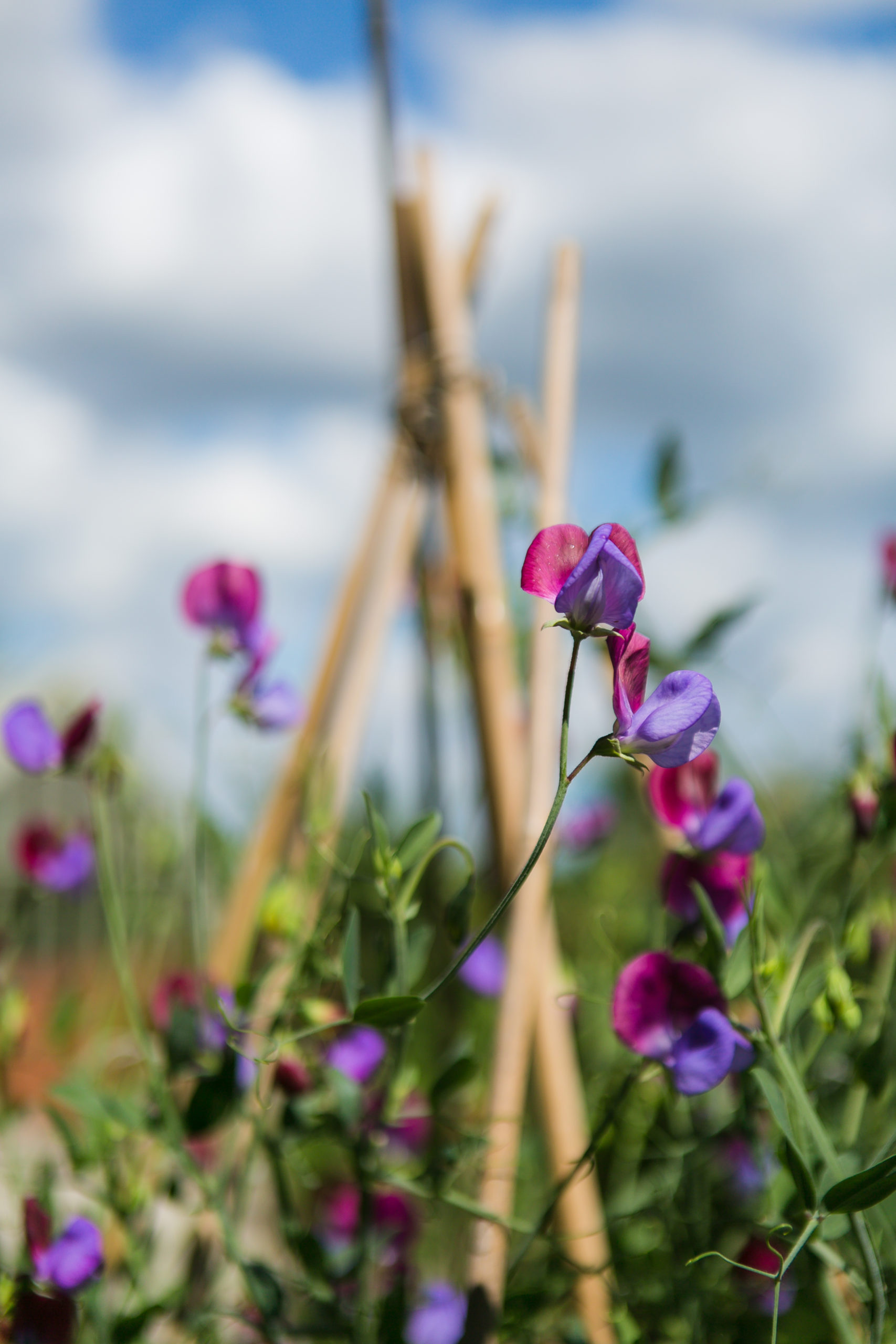 As spring bulbs go over it is important to deadhead them, as this helps to ensure that they store enough energy to flower well next year. Only take off the flower and leave the stalk, as this will help feed the bulb. I always make a note of any ‘stray’ Narcissi and Tulips which don’t match the general planting pattern (every sack of bulbs seems to contain the odd stranger) by tying twine round their stems. They can then be lifted and either replanted where they are a better fit, or thrown on the compost heap. Whether you choose to lift and store all your tulips is entirely up to you. On the chalky, free-draining soils here in Salisbury we leave them in the ground and they manage well through the summer: if you’re on wetter soil you might want to dig them up and keep them in the shed for replanting in November. 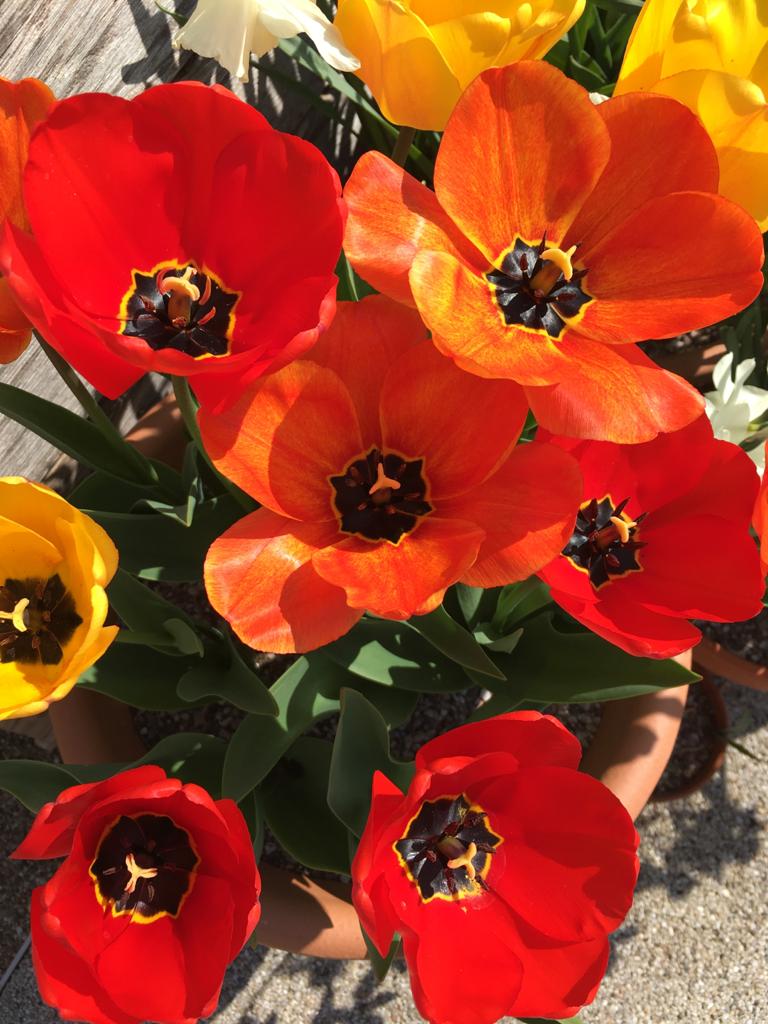 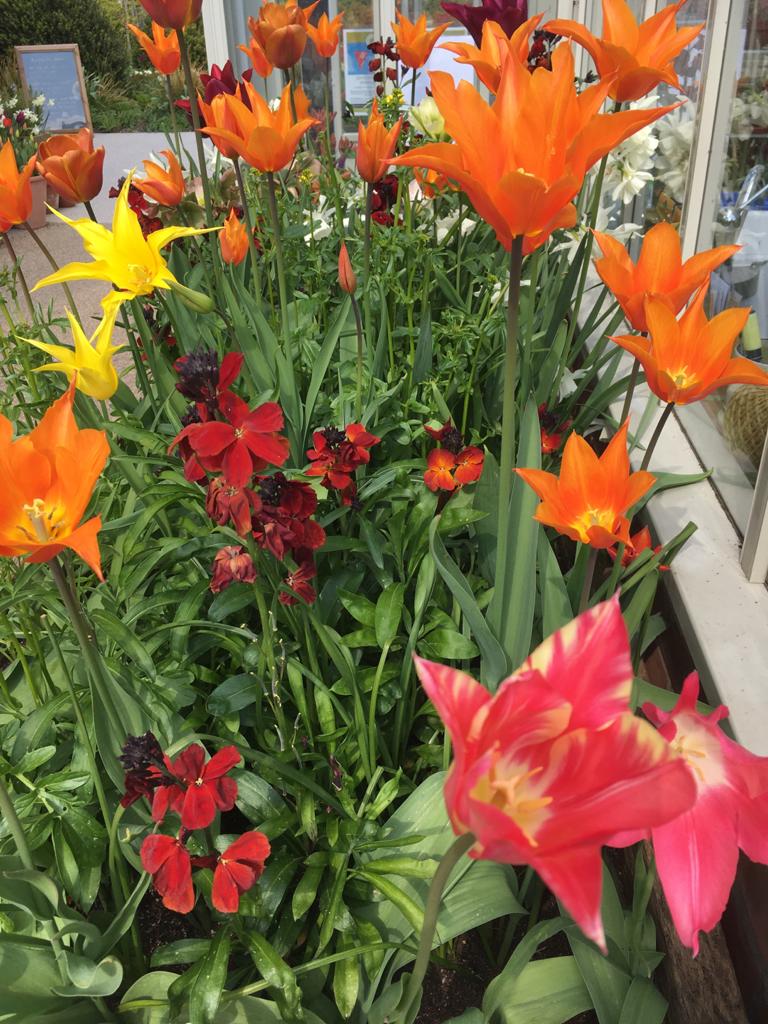 As this year’s Chelsea Flower Show has been postponed to the autumn, we shall have to think of another name for the ‘Chelsea Chop’. Perhaps the May Mow, or the Spring Snip? Whatever we might call it, the practice of cutting back some of the herbaceous plants in the borders in late May is a really useful one. Cutting back the stems of plants such as Sedums, Heleniums and Rudbeckias now will mean that their flowering is delayed by about a month. If you do this judiciously, perhaps ‘chopping’ half the stems on a plant, or one or two clumps entirely, you’ll get a much longer flowering display through into the summer. 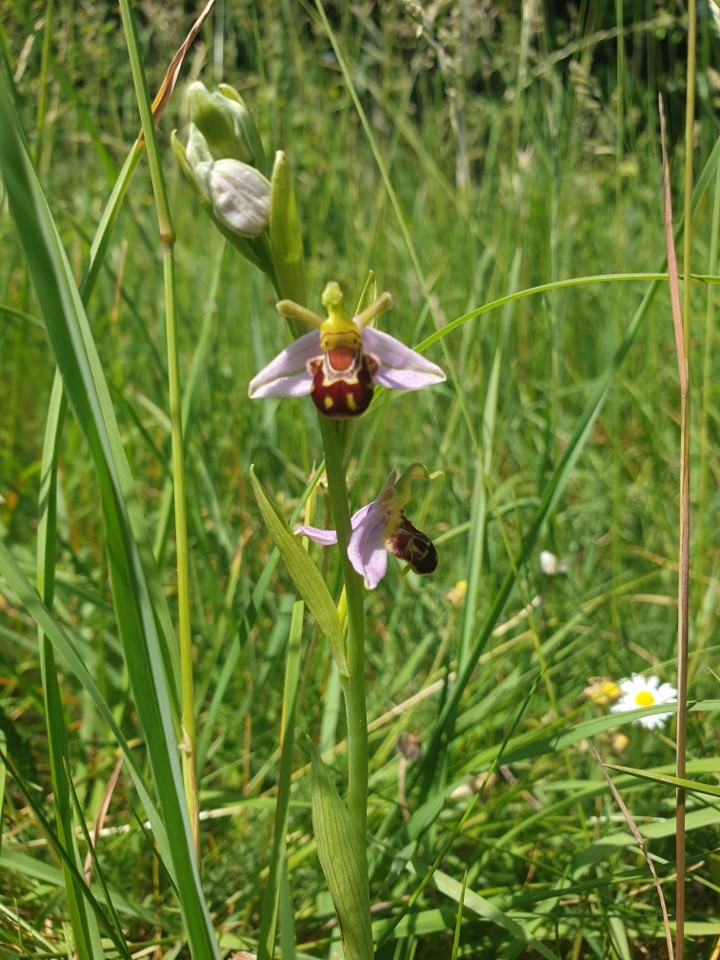 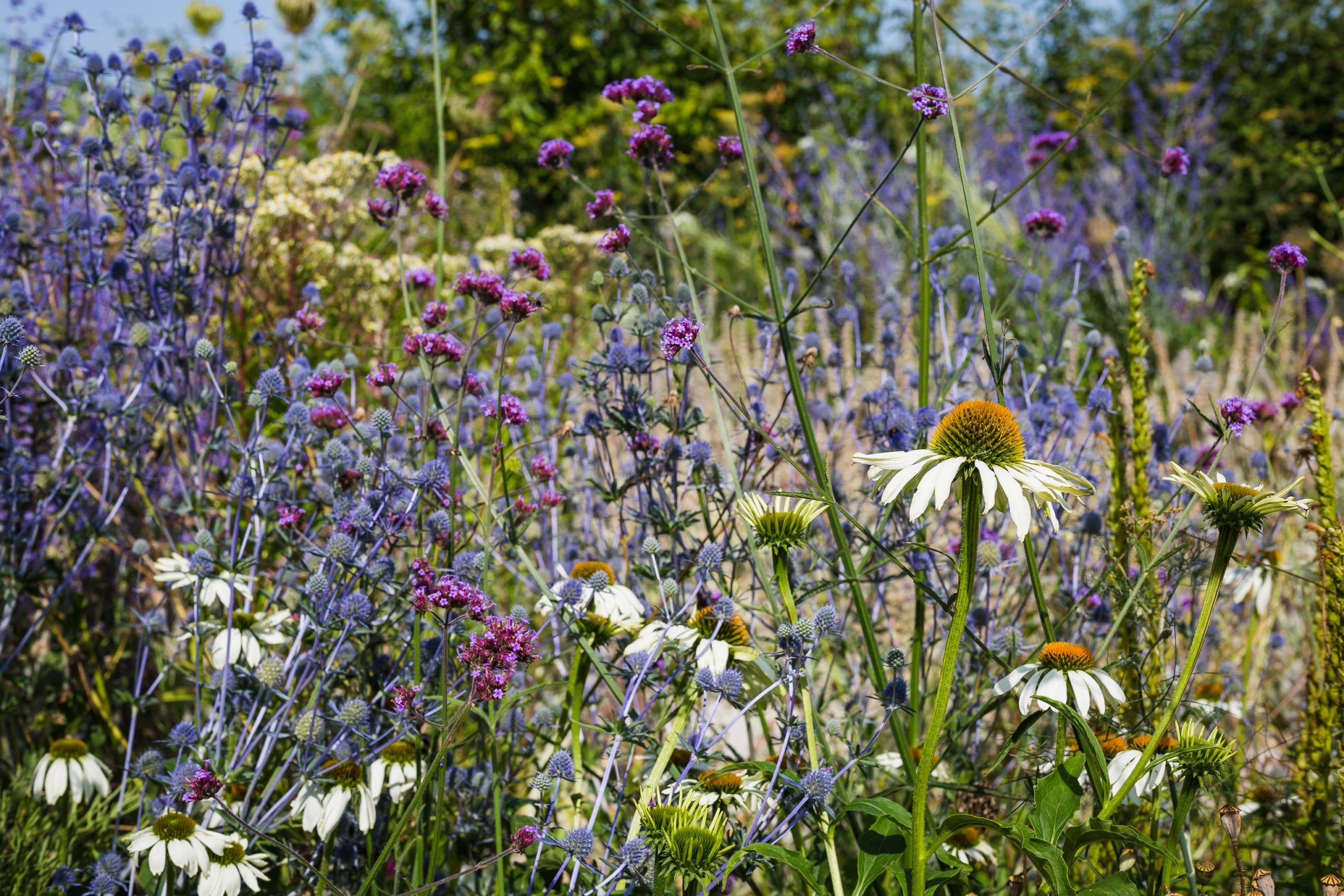 We are all being encouraged to move away from regularly-mown, short grass and to adopt a less rigorous regime of lawn maintenance which allows the grass to grow longer and looser. This is both attractive and – more importantly – far better for wildlife. Here at Horatio’s Garden we stopped cutting the grass banks outside the garden in summer about 3 years ago. Straightaway masses of dormant wildflowers (including some rare and beautiful Bee Orchids) appeared, which had obviously been there for years but never had a chance to grow. To create a ‘cared for’ effect – as opposed to it looking simply as if your lawnmower has broken – cut a strip around the edge of longer grass, or mow a path through it. I liken the effect to having a neatly ironed shirt!

Now there’s a thought! Here’s hoping your sprightly spring displays are just as aesthetically pleasing and that there are many days of sunshine still to be enjoyed pottering in the garden. 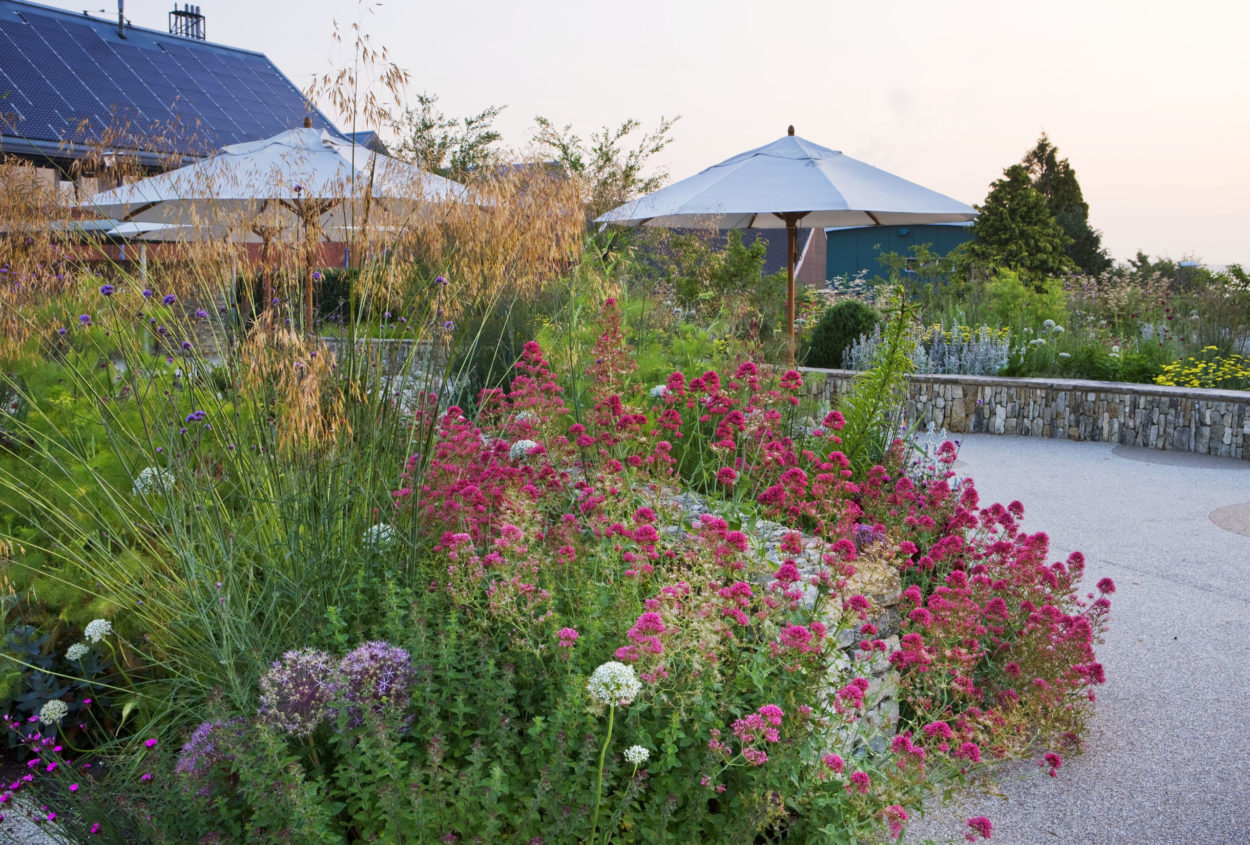 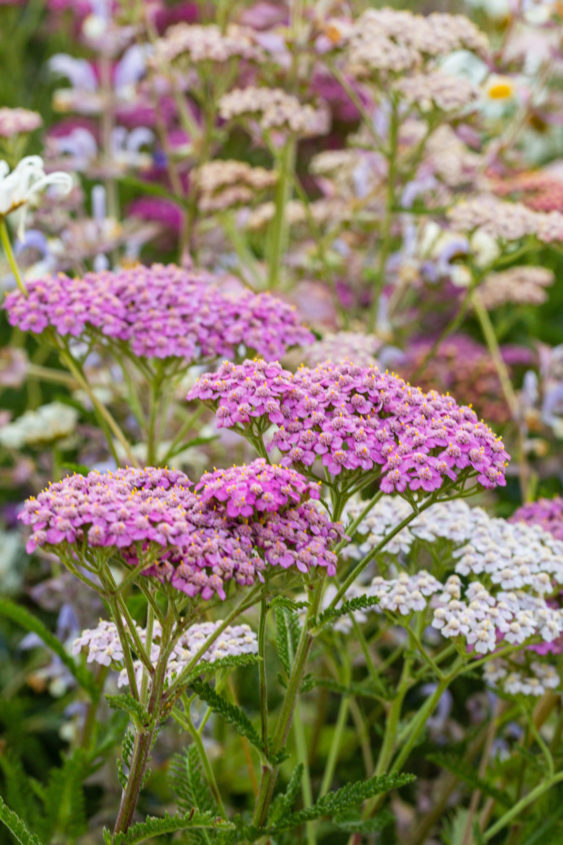 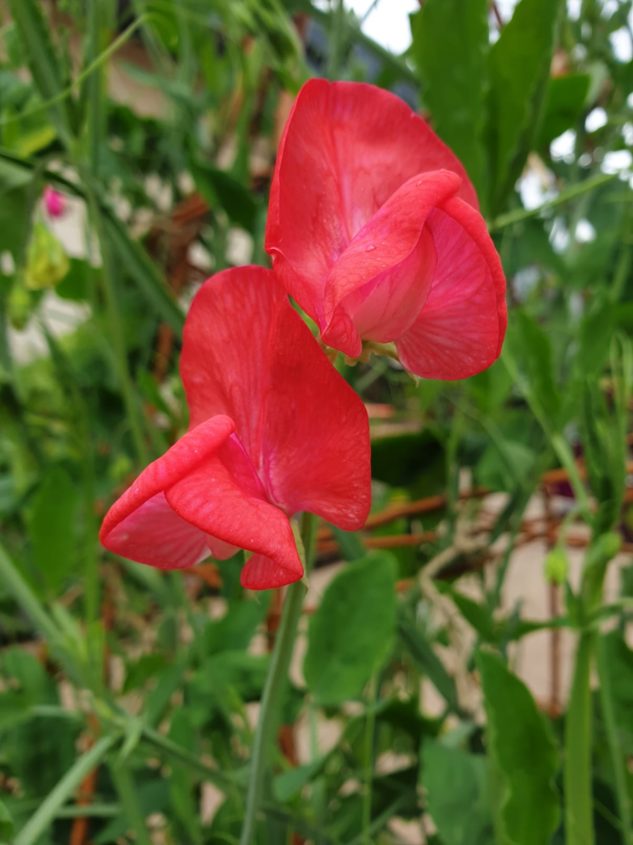 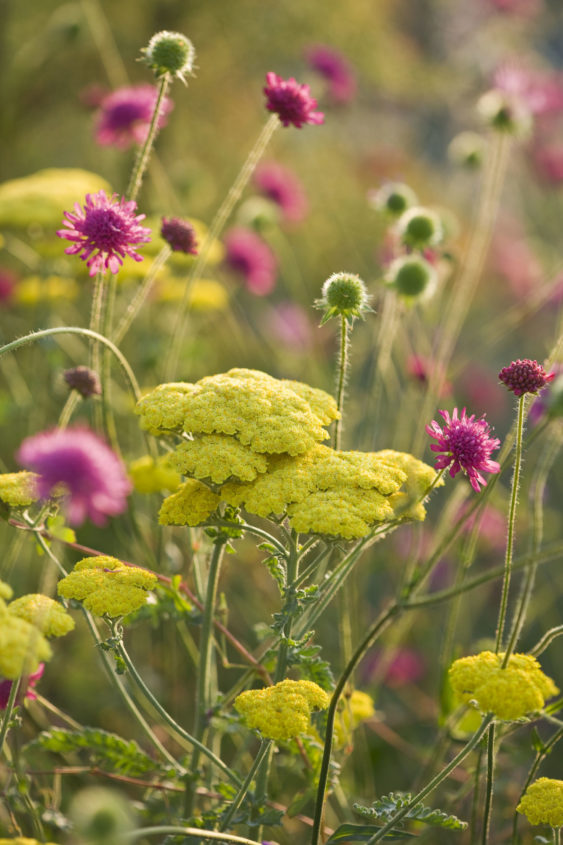 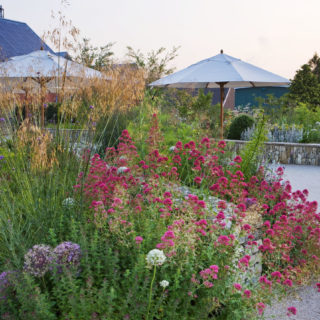 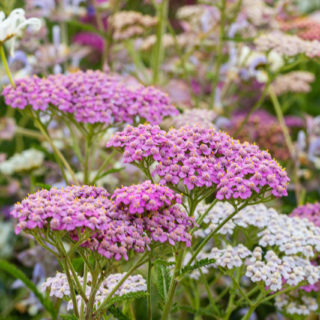 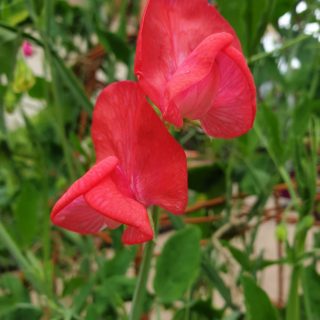 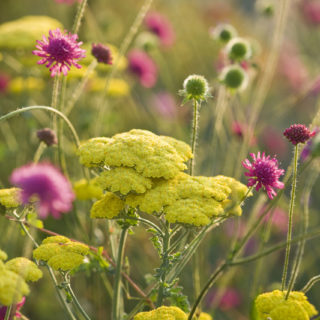