Elaine Beckley gave us some brilliant news this week when she called to let us know that her son, Tom, had successfully completed his Ridgeway Run in support of Horatio’s Garden Stoke Mandeville!

The 87-mile run took Tom from Marlborough to Ivinghoe Beacon, a phenomenal distance that he managed in the fantastic time of 19 hours and 58 minutes. He’s successfully raised almost £1,300 so far and as word spreads about his incredible achievement, he hopes the total will continue to climb.

Originally, Tom had planned to take part in the London to Brighton Ultramarathon in May, however the event was unfortunately cancelled as a result of Covid-19. The journey would have been a 100km (62 mile) trek from Richmond Park to Brighton Racecourse, so Tom has certainly gone above and beyond by running an extra 25 miles.

He chose to fundraise specifically for Horatio’s Garden Stoke Mandeville as his mum, Elaine, previously spent time in the National Spinal Injuries Centre.

Back in May 2019, Elaine suddenly experienced severe pain in her back. After calling 111, she followed NHS advice to go straight to A&E.

It was the start of a five month journey.

As a fit and generally healthy woman, Elaine never imagined she would rapidly become someone who was seriously ill, paralysed from the waist down and requiring major trauma surgery.

She was eventually diagnosed with Staphylococcus Aureus, an infection in her spine that was causing the intense pain and by that time, fever.

The infection sadly continued to progress, resulting in Elaine suffering from a spinal abscess which was slowly causing the erosion of her spine and compressing her spinal cord as a result.

Thankfully, following an eight hour operation, surgeons successfully managed to bring the infection under control and Elaine’s condition was no longer life-threatening.

After spending time in various different hospitals, she arrived at the National Spinal Injuries Centre in Stoke Mandeville to start the long road to recovery and rehabilitation.

It was here during physiotherapy that she was encouraged to visit Horatio’s Garden.

By this time it was August, meaning that Elaine’s trip to the garden would be her first time experiencing fresh air since May. She felt ready to reconnect with the world and looked forward to exploring the garden.

However, it wasn’t until she entered the sanctuary that she realised the enormous impact it would have on her and her family.

“I visited Horatio’s Garden on a daily basis. It became my haven; a beautiful place to spend time with my family and friends.”

Elaine found that the garden was somewhere safe for her to enjoy, supporting her as she learned to walk again and somewhere besides the gym where she could practise manoeuvring her wheelchair, walking with a frame or crutches, and finally weight-bearing with sticks.

Put simply, “it was liberating.”

Above all, Horatio’s Garden provided a sanctuary for Elaine and her husband, Geoffrey, as they adjusted to their ‘new normal’.

Despite leaving the centre in October 2019, with both a wheelchair and sticks, Elaine didn’t forget Horatio’s Garden or how it helped her.

“I know, without a shadow of a doubt, that Horatio’s Garden was vital in the recovery of both my physical mobility and my mental wellbeing.”

It was this that motivated Tom to take on his epic challenge, with Elaine sharing that every step he took allowed her to say thank you to Horatio, his parents and all the amazing volunteers at Horatio’s Garden Stoke Mandeville.

Naturally, Elaine is enormously proud of Tom for so many reasons and we are so grateful to the Beckley family for sharing their story in support of the charity. It’s also wonderful to hear that Elaine is now mobile, relatively independent and enjoying life at home, particularly throughout this year’s spring which saw her ‘tottering and pottering’ in her own garden.

Thank you so much to Elaine, Geoffrey, Tom and everyone who has donated. Your generosity, as Elaine’s story illustrates, makes a real difference. 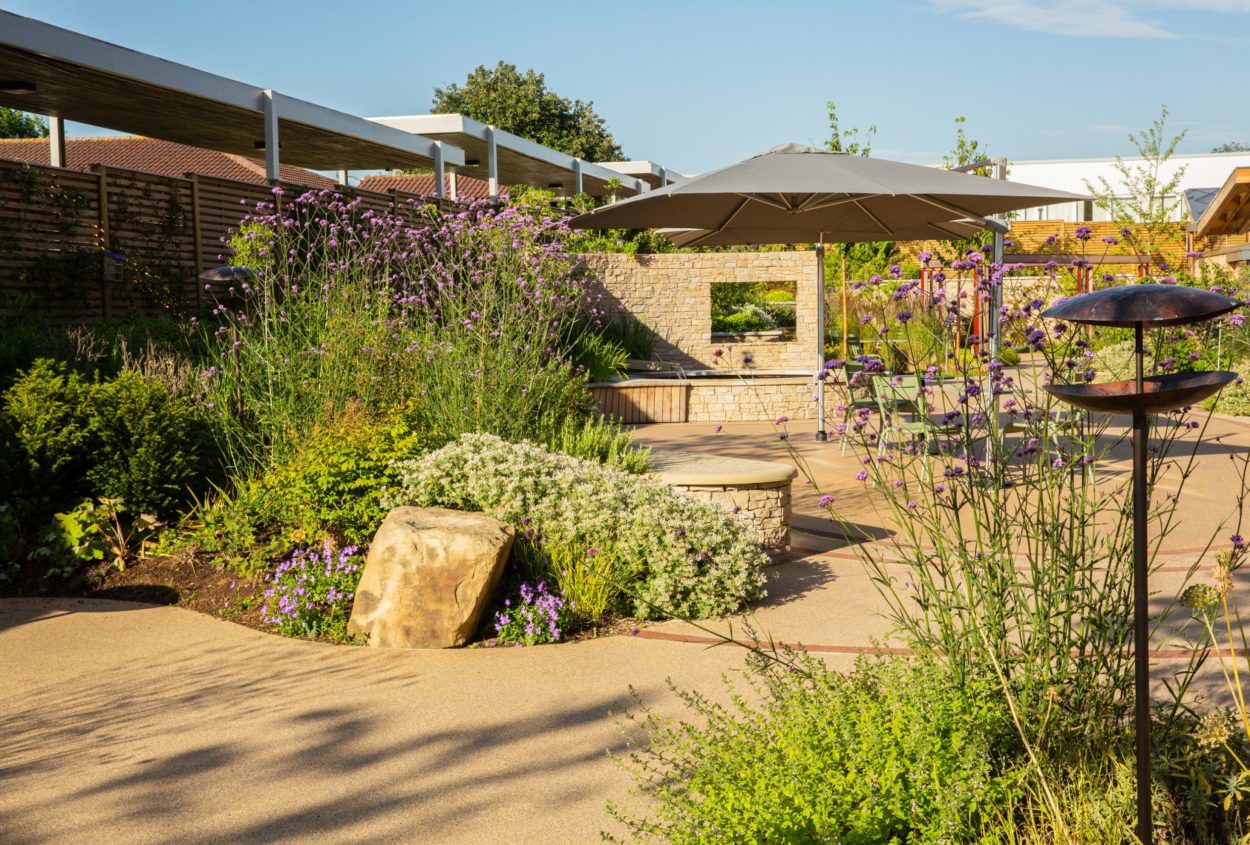 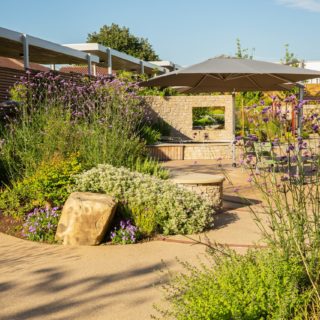