In addition to the six people who filled our Virgin Money London Marathon charity places we had another incredible supporter, Shena Kozuba-Kozubska, generously taking part in support of Horatio’s Garden, as well as the Dorset & Somerset Air Ambulance and the Motor Neurone Disease Association.

Having run the London Marathon in four hours 30 years ago to raise money for the Mark Davies Injured Riders Fund, which helped Shena after she seriously fractured her skull and suffered a brain haemorrhage, she successfully raised £6,000 with only ‘snail mail’ to get her to her fundraising target.

Whilst she swore she would never compete in the gruelling race again, she decided to go back on her word for these three worthy causes after gaining her own place in this past Sunday’s event.

The reason she generously fundraised for us, along with the Dorset & Somerset Air Ambulance, is because, in Shena’s words, the duo ‘saved her life’ after she fell from a stationary horse five years ago.

Having stopped to let a car pass, the next thing Shena knew she was waking up in ICU four weeks later. No one saw what happened, but she received crush injuries to her rib cage, spine, pelvis and internal organs, which resulted in her losing a kidney.

Thanks to the quick arrival of paramedics, a credit to the Dorset & Somerset Air Ambulance, Shena made it to hospital in time for medical teams to work a miracle.

She was transferred to the Duke of Cornwall Spinal Treatment Centre at Salisbury District Hospital, which was where she discovered Horatio’s Garden once she was able to leave the ICU.

The garden was a haven throughout her stay in hospital and somewhere she spent as much time as possible. It was here that she first adjusted to being in a wheelchair and eventually became the place where she regularly practiced walking again.

Shena has also generously chosen to fundraise Motor Neurone Disease Association, as this is another charity close to her heart for a different reason. A year and a day before her accident, Shena lost her elder sister, Joanna, to Motor Neurone Disease. She therefore also ran in the event to help raise funds for more research into this devastating disease.

We are absolutely delighted to see that Shena has raised over £7,600 for her chosen charities and are so grateful to everyone who has generously sponsored her extraordinary fundraising feat.

We are enormously thankful to Shena for thinking of us and for taking on this incredible challenge to raise money for Horatio’s Garden. We certainly hope she’s resting well today and that she’ll be relaxing as much as possible for the foreseeable future! 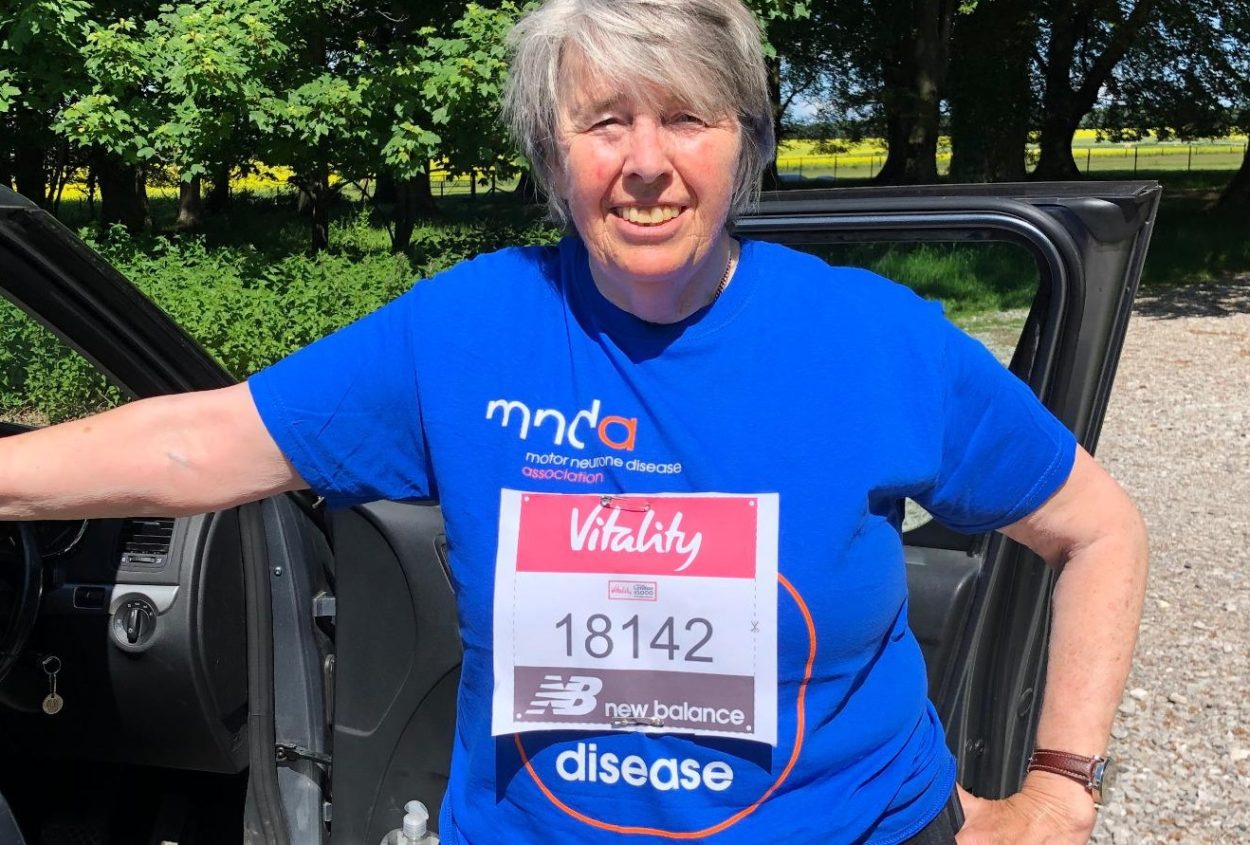 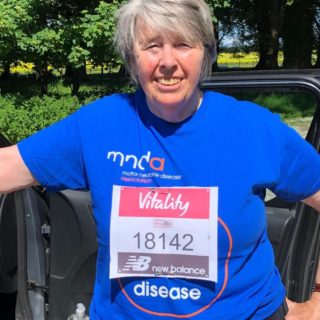