Cycle to Norway – STOP PRESS THEY MADE IT!

Horatio’s friends Mary Davies and Joseph Tuckwell are cycling to Norway in support of Horatio’s Garden. You can donate here.

We arrived in Germany on Day 6 (yesterday), around 600km in and have had pretty good weather throughout.
HIGHS:
– Pushing ourselves to achieve 100km days.
– Friendly locals, free coffee and cake and several new pen pals.
– Joe asking complicated questions of locals, met with bewildered expressions.
– Entertaining camp experiences, including a near encounter with a nudist camp, highly competitive Dutch bingo and a very sketchy polish run campsite with an elusive “Big Boss Man”.
– A huge array of wind farms and renewable energy in general (many of which Mary has photos), though sadly no offshore wind!
– A fantastic cycle network which puts the UK to shame and has meant we rarely venture onto roads.
– After some small teething problems with the biolite stove (Joe’s baby) we have enjoyed some wonderful and varied (ish) meals courtesy of head chef Maz.

LOWS:
– A Sunday dinner of Bulgar wheat and herbs (No Sunday trading in The Netherlands).
– The temperature over the last 2/3 days. Mary is now cycling in the entire contents of her pannier bag, including a down jacket with plans to purchase more.
– An “enjoyable” end to our cycle to Amsterdam with 20km alongside a canal into 25km/h winds.
– Assuming British shop opening days and hours resulting in a few petrol station top ups, compounded by the WHIT MONDAY DISASTER.
– The Whit Monday Disaster: Due to Sunday and Mondays unforeseen shop closures a broken spoke turned into 2 broken spokes and a slight wobble. This resulted in an impromptu shuttling of panniers to the nearest hotel and accepting the day was lost.

Since our last email from northern Germany, we have progressed not as far as we would have liked. This is due to a run of technical issues with Joe’s bike. Noteworthy events include 7 punctures and an inner tube blow in 24 hours, and two bendy tyres. As a result, we now both see ourselves as expert bike mechanics, and have completed a comprehensive tour of Danish bicycle shops.
With a new wheel, 2 new tyres, multiple spare inner tubes, and a bit of tlc, we are all set and eager to press on this afternoon.

Despite the bike issues, the cycling in Denmark has proven fantastic (mainly thanks to the eurovelo routes). We have enjoyed rolling hills and varied landscape.

Looking forward, we have set ourselves an ambitious target to reach Oslo before the end of the month, and so we are currently fully carb loading in preparation for the mountainous route planned through Sweden and Norway.

We have continued to enjoy some gourmet camp meals, heavily centred around carbs, and our two trusty store cupboard ingredients- garlic and tubed herbs. In addition, we have maintained our combined 750g daily muesli intake. We are dreaming of porridge!

After an extra hilly final day, we arrived in Oslo!!! We have had a tough but fantastic final week and are now in a sunny campsite with stunning panoramic views over the city. We will follow up with news and more photos tomorrow- once we have slept for 24 hours. 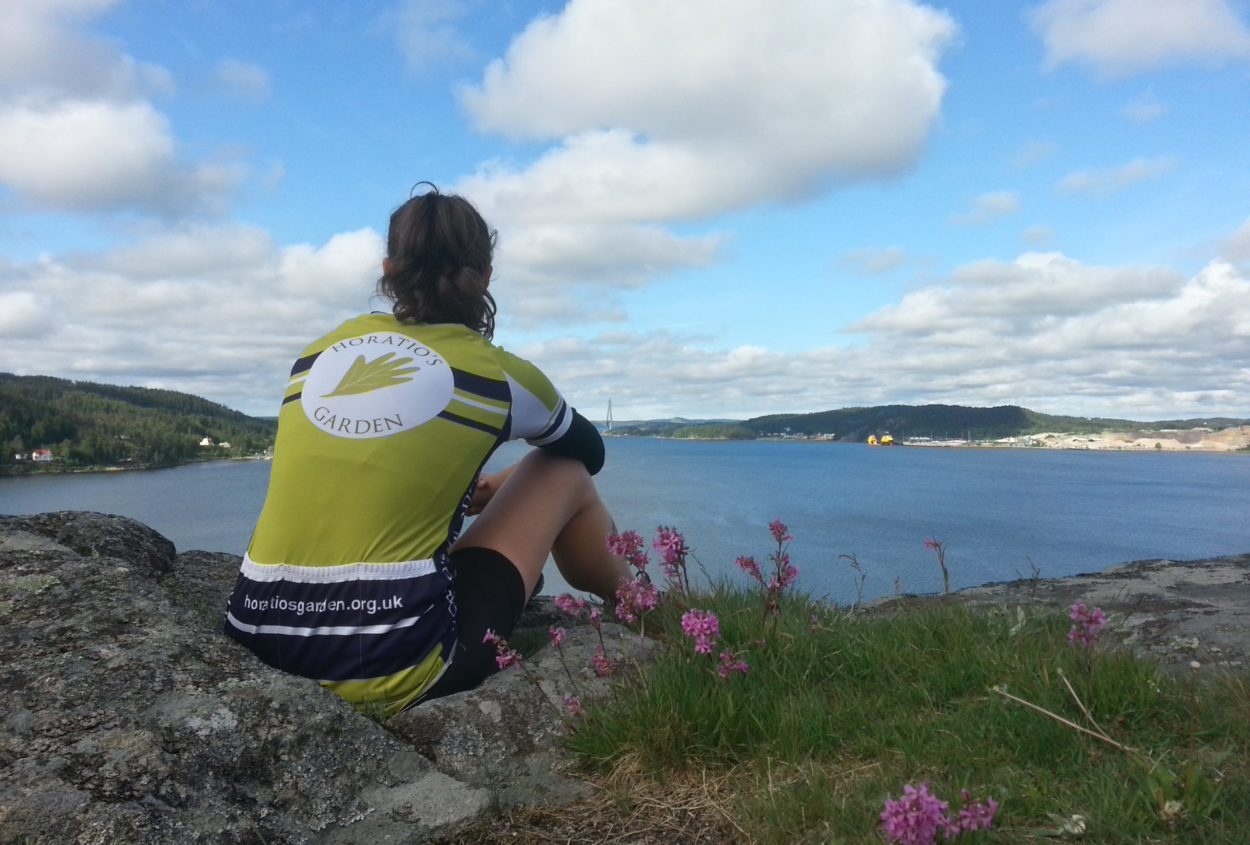 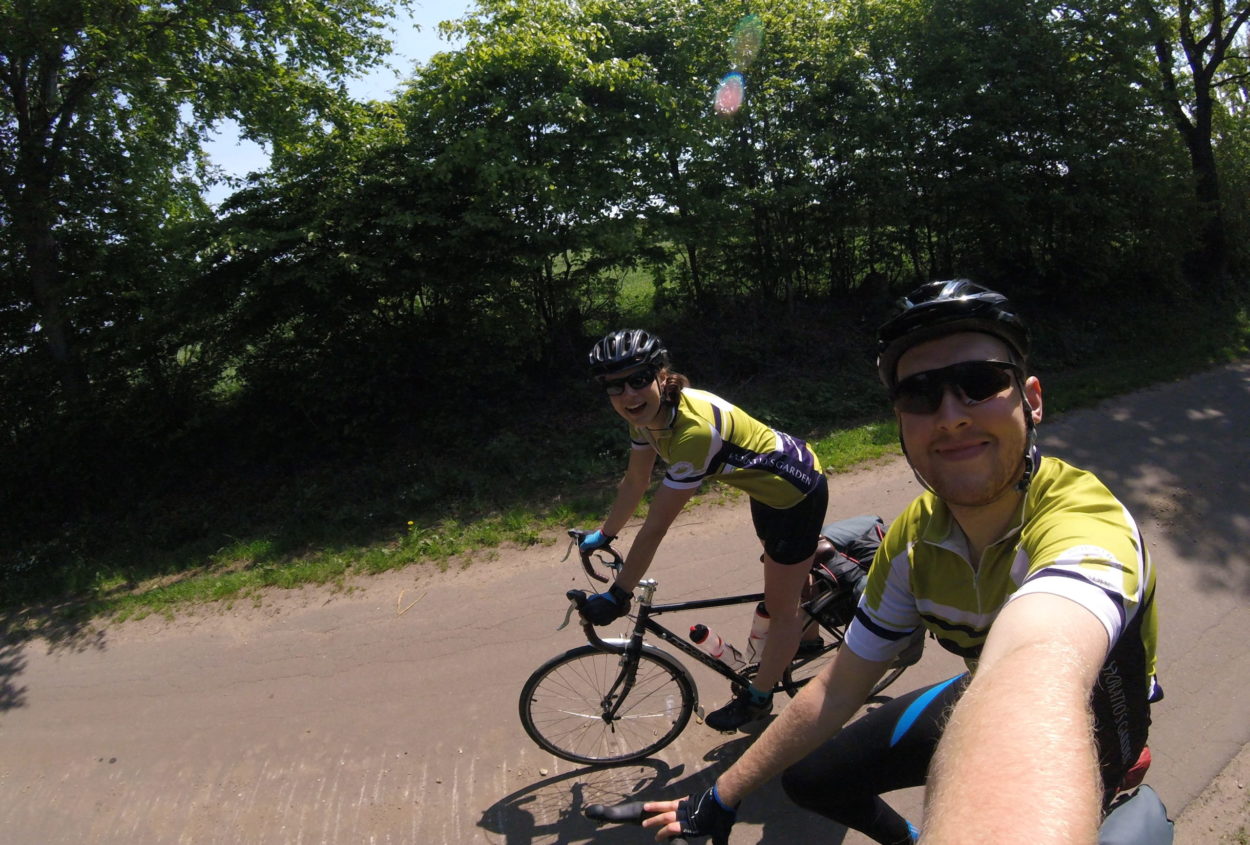 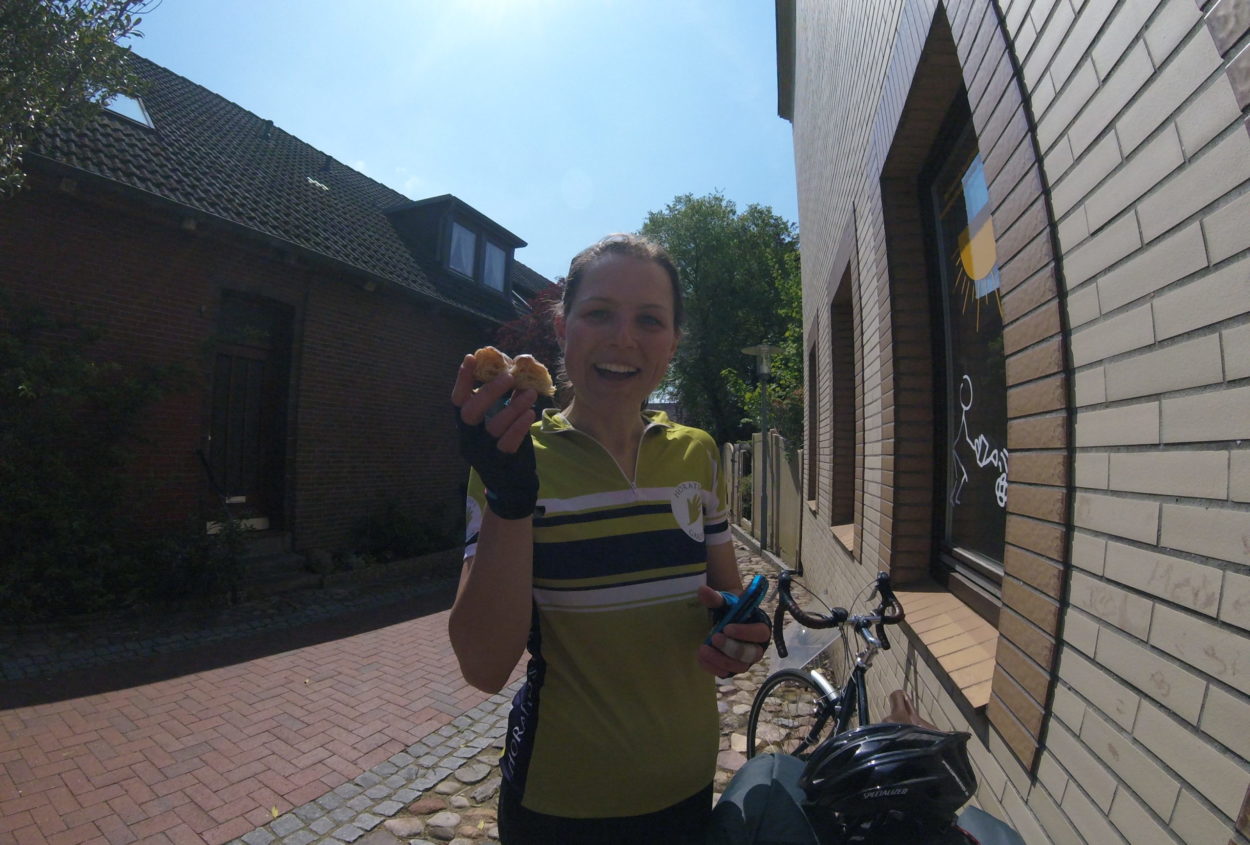 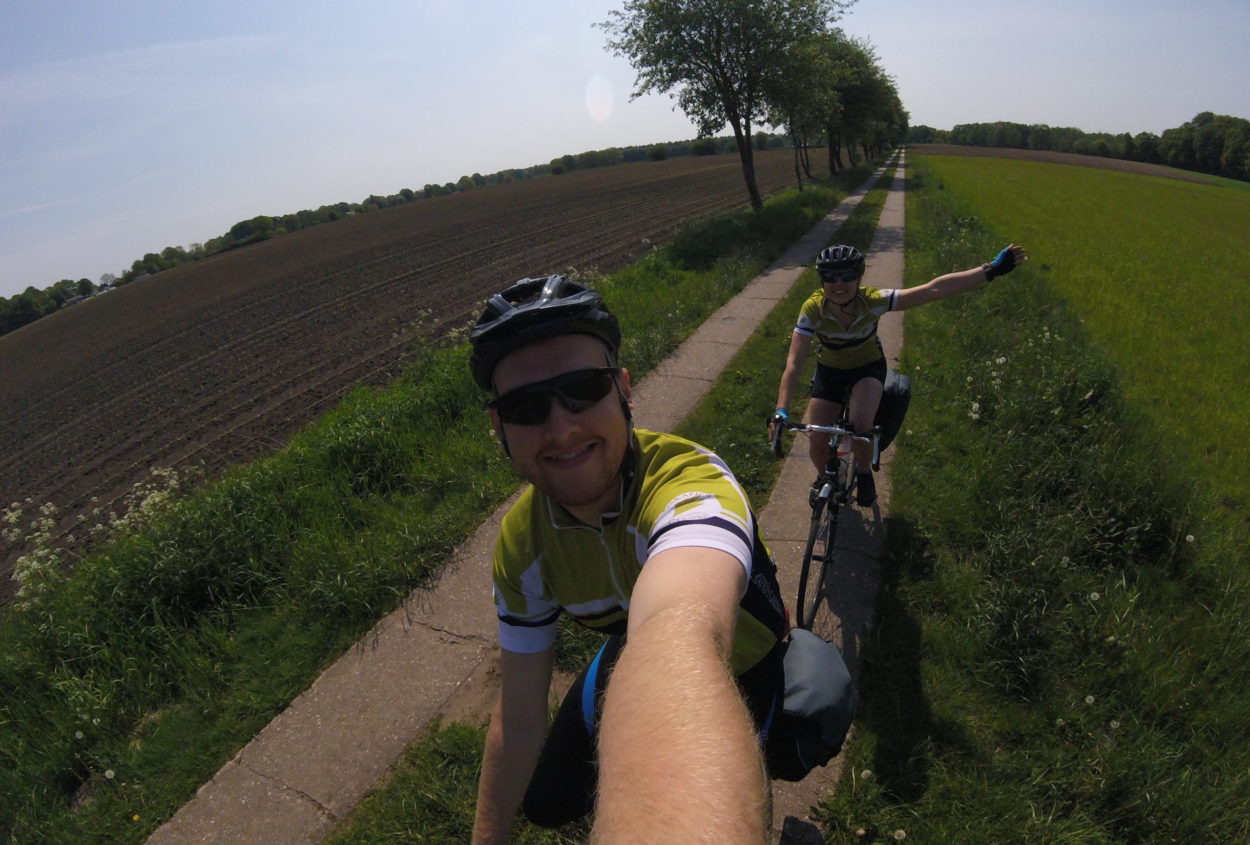 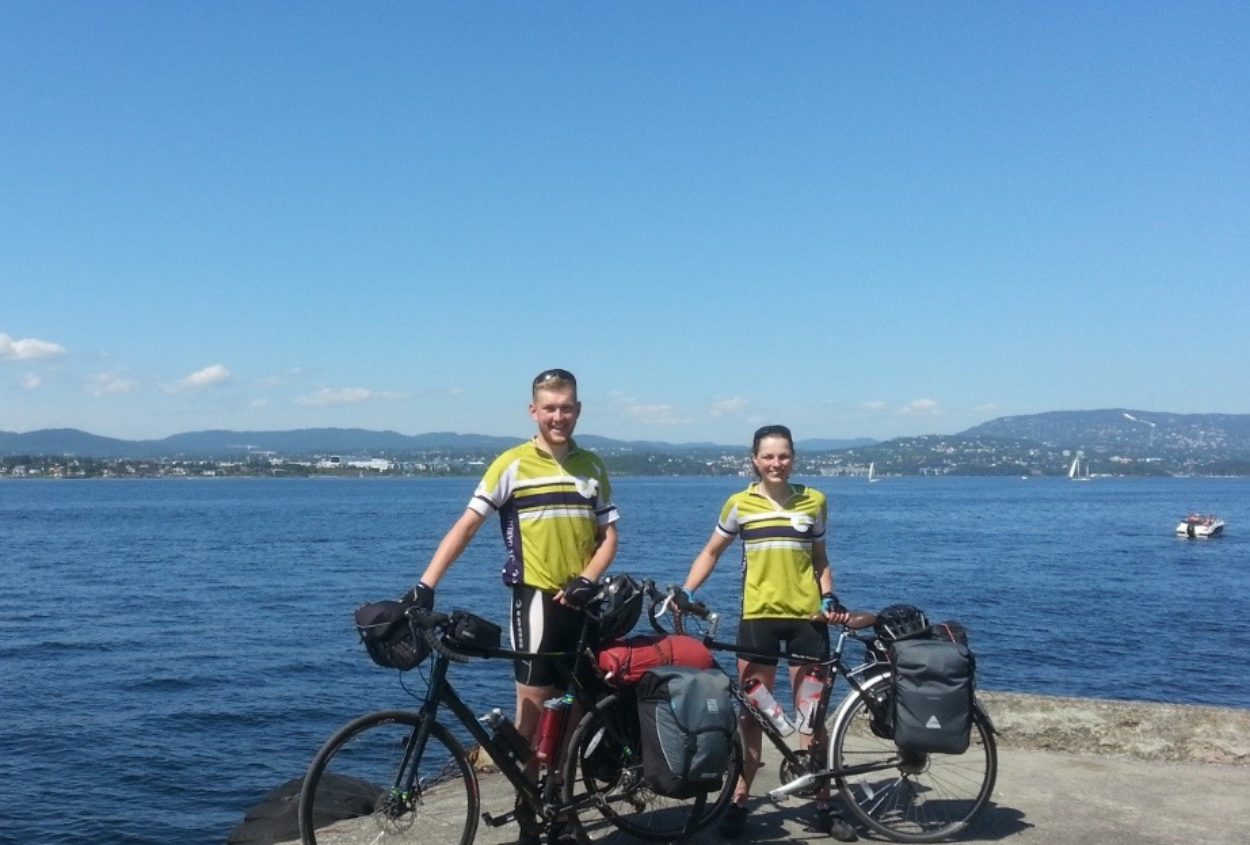 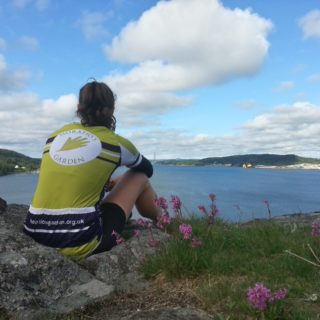 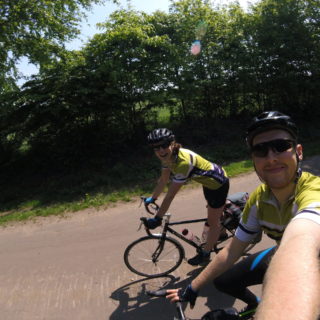 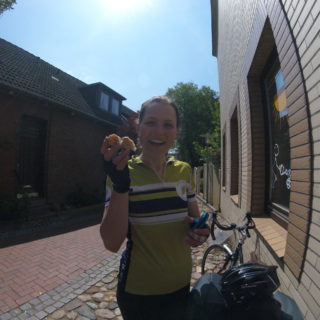 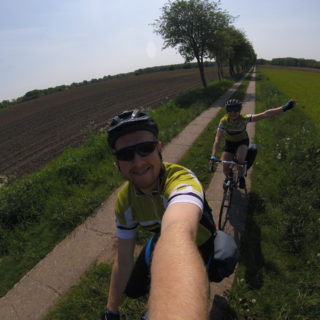 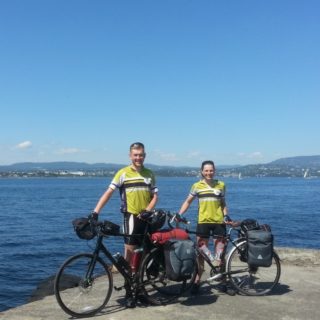