We would love you to join us at St. Marylebone Parish Church (17 Marylebone Road, Marylebone, London, NW1 5LT) on Monday 2nd December to celebrate the start of the festive season in support of Horatio’s Garden. You are also welcome to join us after the concert at traditional London pub, The Prince Regent, to continue the seasonal celebrations. It is just two minutes around the corner at 71 Marylebone High St, W1U 5JN.

This special concert will begin at 6:30pm and will be introduced by celebrity presenter and actor Mel Giedroyc, who is a patron of Horatio’s Garden London.

It will also feature beautiful music from Irish classical soprano Margaret Keys and moving readings from a variety of unmissable guest speakers, including actors Tony Gardner and Jemma Redgrave.

Tony Gardner is an actor. He qualified as a doctor from Guy’s Hospital in 1987 and started performing comedy soon after with Phil Hammond in the award-winning medical comedy duo Struck Off and Die.

His television credits include Last Tango in Halifax, Lead Balloon, My Parents are Aliens, Fresh Meat, Bluestone 42 and The Thick of It.

Jemma Redgrave is part of the Redgrave acting dynasty. She attended LAMDA at the age of eighteen.

Recent film work includes “Love and Friendship” (based on Jane Austen’s Lady Susan) in which Jemma played Lady DeCourcy. Jemma’s other film credits include Lassie, I’ll Be There, The Acid House, Power And Lovers and Evie Wilcox in Merchant Ivory production Howard’s End.

Her theatre credits include ‘Mood Music’ at the Old Vic, Mrs Cheveley in ‘An Ideal Husband’ at the Chichester Festival Theatre, ‘Donkeys’ Years’ at the Rose Theatre Kingston, ‘Farewell to the Theatre’ directed by Roger Michell, ‘The Afghanistan Plays’ both in the UK and on Broadway, and as Varya in Chekov’s ‘The Cherry Orchard.’

Redgrave is perhaps best known for her recurring guest role as Kate Stewart in Dr Who and as Surgeon Bernie Wolfe in Holby City. Other TV credits include Silent Witness, George Gently and Frankie for the BBC; Grantchester, Midsummer Murders, Churchill: 100 Days that Saved Britain, Dracula, Law & Order UK, Unforgiven, Cold Blood for ITV, and as Lady Bertram in Mansfield Park.

Margaret Keys is a chart topping and award winning Classical soprano from Northern Ireland. She has performed extensively throughout the world and has performed with some of the world’s leading orchestras and performers.

She made her debut in New York’s Carnegie Hall in December 2016 and has also performed at the annual Royal Christmas Carol Concert at St James’ Palace, London in the presence of members of the Royal family. Her highly anticipated new album ‘The Gift of Music’ was released in the summer of 2018. The album topped the UK Classical Charts.

Jack Mannings is an ambassador for Horatio’s Garden. Following a spinal injury, Jack spent time in the Duke of Cornwall Spinal Treatment Centre in Salisbury, where he first discovered the garden. Since then, he has been an avid supporter of the charity.

In 2019 he graduated from the University of Bristol with a first-class degree in History. Since graduating, he has applied for a masters in Military History in London and is in the process of joining a wheelchair rugby team.

The Revd Canon Dr Stephen Evans was instituted as Rector of St Marylebone in September 2010. Ordained in Scotland in 1986, after reading Theology at the University of Oxford, Stephen had previously served as a Seaman Officer in the Royal Navy.

Stephen is Vice-Chair of The St Marylebone School and The St Marylebone Bridge School (the Church of England’s only Free Special School opened in 2012). He is Chaplain to King Edward VII’s Hospital and the London Clinic, where he also serves as a member of their Research Governance and Ethics Committees.

Jan Schmolk is a London-based violinist and enjoys an immensely successful career as orchestral leader and section principal, as well as soloist, chamber musician and pedagogue.

In his role as Concertmaster of Orchestra of St John’s Jan has performed all the Bach violin concertos, Vivaldi Four Seasons as well as the Four Seasons by Astor Piazzolla, Vaughan Williams ‘Lark Ascending’, several Mozart Concertos,  and the Concertos by Beethoven, Mendelssohn, Bruch and Brahms. Jan has recorded the Vivaldi and Piazzolla Seasons with OSJ for the OSJ Alive Label.

Chamber music is a prominent part of Jan’s career. Ensembles with which he has been associated include the Academy of St. Martin in the Fields Chamber Ensemble, Razumovsky Ensemble, Schubert Ensemble of London and the Angell Trio.

Gavin Roberts enjoys a varied career and is in much demand as an accompanist to some of the world’s leading singers. He is Artistic Director of the recital series Song in the City and The St Marylebone Festival.

He has also played for The BBC Singers and appears regularly on BBC Radio broadcasts as a soloist and accompanist, often giving premiere performances of new works. Gavin studied piano at the Guildhall School of Music & Drama, where he is now a Professor, having read Music at Gonville and Caius College, Cambridge.

Charlotte Crawley is 15 years old and attends Dauntsey’s School in Wiltshire. At school Charlotte is a key member of the “Female Voices” choir who have competed in many school music competitions around the UK. She loves singing and playing the piano and is studying music for her GCSE’s next summer.

She is a keen supporter of Horatio’s Garden having had two Scoliosis surgeries at the Royal National Orthopaedic Hospital, London when she was 13 years old. She said at the time that it would have been so nice to have a garden to be taken out to during her stay. Since then she has raised over £100,000 for Horatio’s Garden London and hopes that everyone here tonight will realise the value of Horatio’s Garden and the hope and happiness it brings.

Will Lyons is a trumpet player and composer based in London. Initially learning the piano, Will picked up the trumpet a young age going on to study as a music scholar at Bryanston School, his time there saw him perform as a soloist in venues including the Old Royal Naval College Chapel, Greenwich and The Lighthouse, Poole.

In 2017 he earned a bachelor’s degree in Music with first-class honours from the University of Surrey, where he was the recipient of the Tricia Stanway Brass Prize. He now performs among multiple ensembles including Wandsworth Symphony Orchestra. 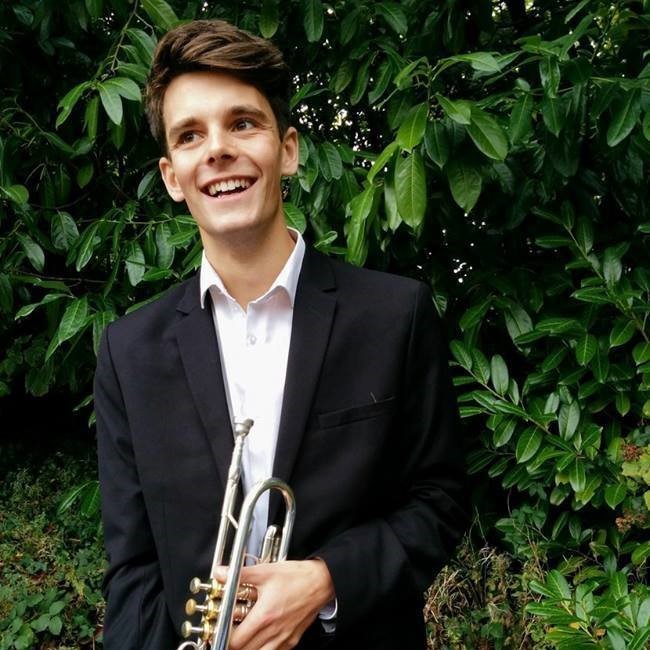 With a history stretching back nearly 900 years, St. Marylebone Parish Church is a truly remarkable place with an incredible atmosphere. Today it continues to be recognised for its considerable civic, cultural and economic contribution to the local community, just as it has been for generations.

Coincidentally, the parish is also home to The Royal National Orthopaedic Hospital, Bolsover Street, the sister establishment to the site at Stanmore where our fifth Horatio’s Garden will soon be being brought to life in 2020.

With this in mind, there really is no better way for you to start your seasonal celebrations!

The concert will last for approximately one hour and afterwards all those who attend will have the chance to enjoy a delicious mince pie and festive glass of fizz. Both are included in the price of your ticket, which costs £25. There is a reduced price of £15 for under 30s and wheelchair users.

To purchase your tickets, please click the ‘Buy Tickets’ button at the top of this page.

The event is also your opportunity to gather together with your family and friends, so in that spirit we’ve put together a list of highly recommended Marylebone restaurants so that you can make an evening of the occasion.

Pachamama is a peruvian-inspired bar & restaurant.

All-day cafe-style dining from The Ivy with a casual air & Modern European menu of familiar dishes.

Clarette is a chic, refined and stylish restaurant & wine bar featuring French dishes with a twist

*NB: Programme and participants are subject to change. 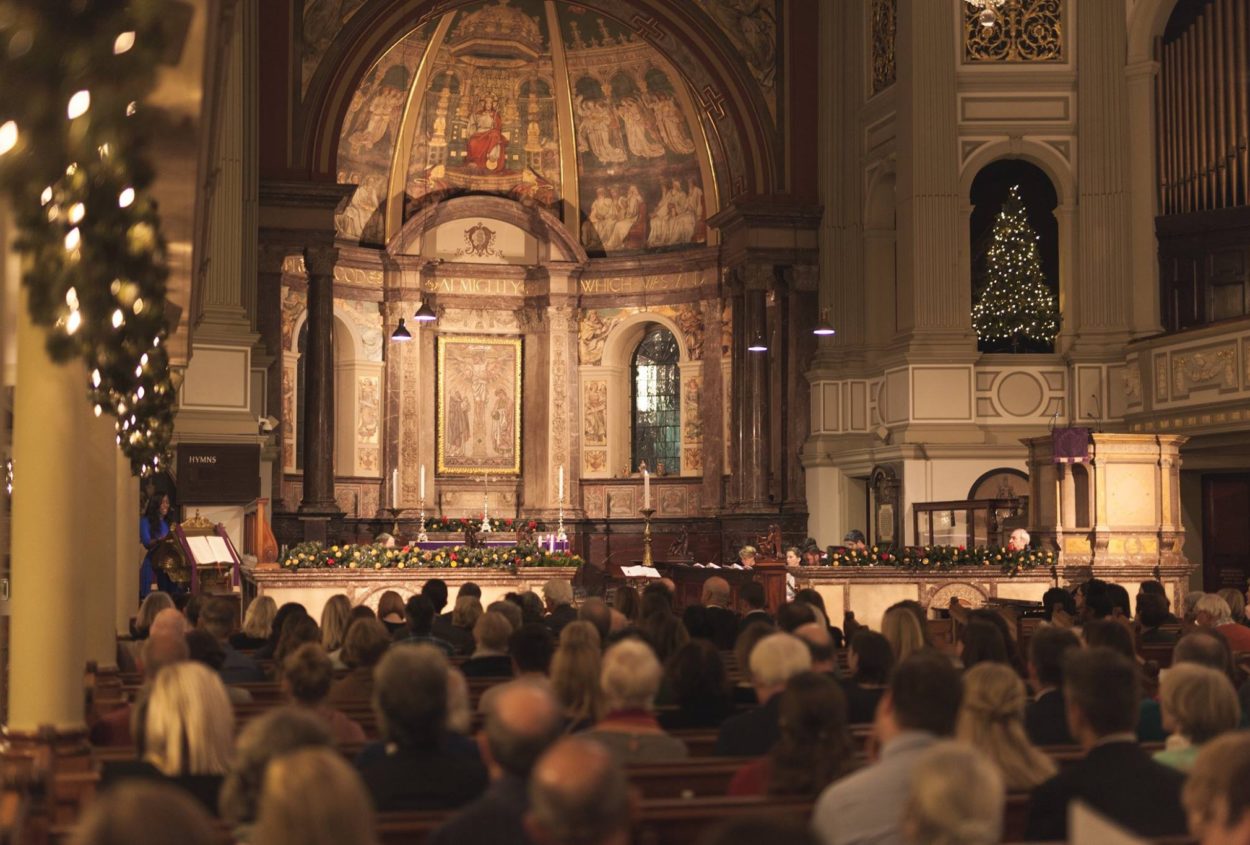 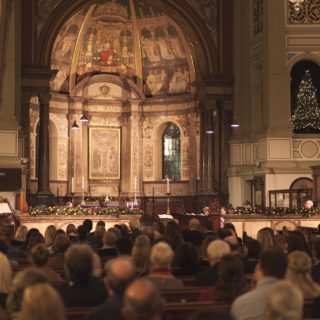