Despite there being a slight spring chill in the air, plenty of people ventured to Horatio’s Garden to celebrate the spirit of the season whilst basking in glorious sunshine this past Easter weekend. 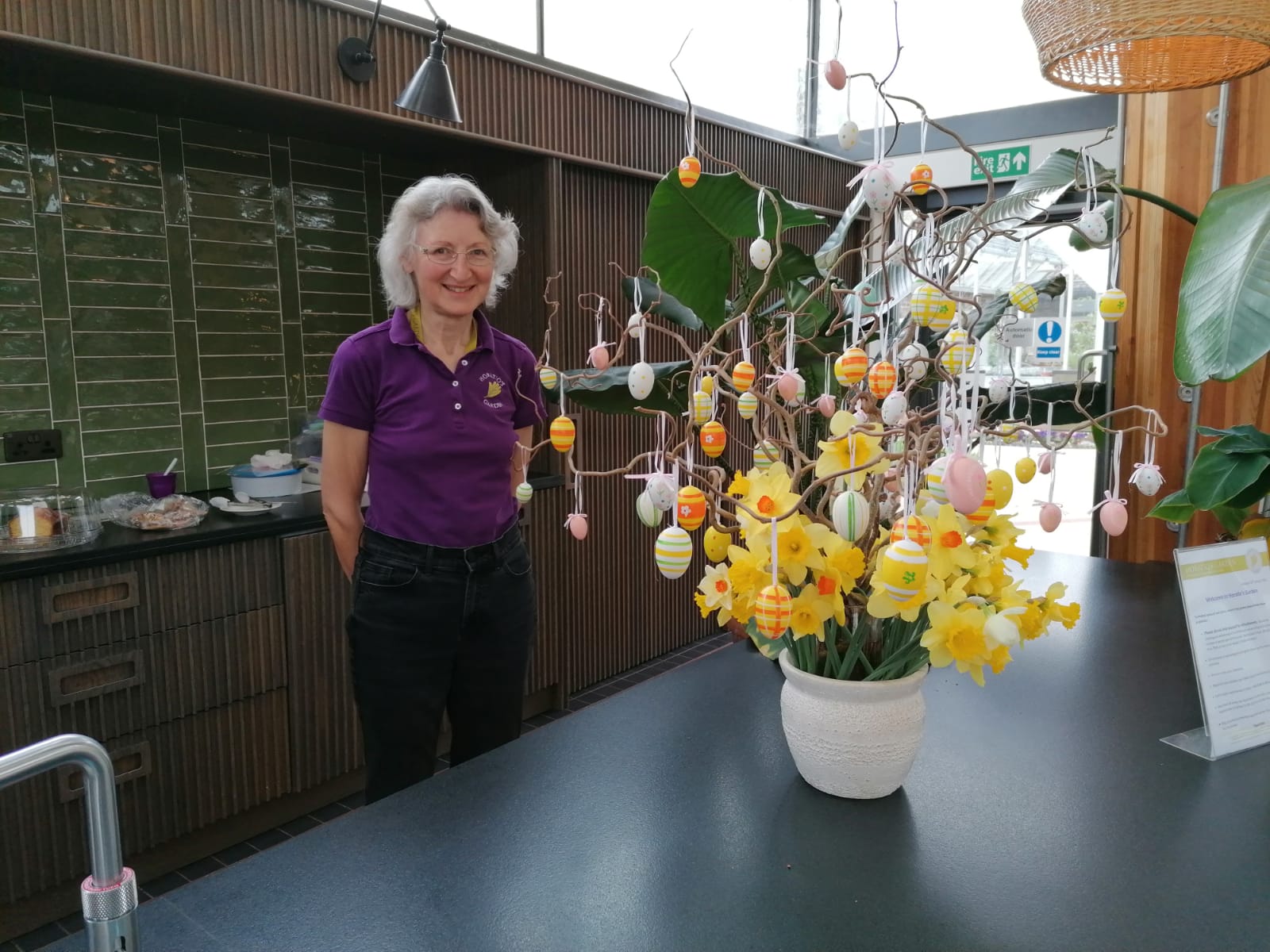 Each of our gardens across the UK enjoyed filling a few days with various culinary and horticultural indulgences, which naturally included lots of chocolate eggs, homemade cakes and a plethora of beautiful blooms!

All our volunteers went above and beyond for the long weekend, not only by visiting the gardens to keep patients and staff company, but by working away behind the scenes at home to bring baked delights and cute crafts to life. All their efforts were enormously appreciated by everyone in Horatio’s Garden, bringing joy to people as they made the most of nature in all its Eastertide glory. 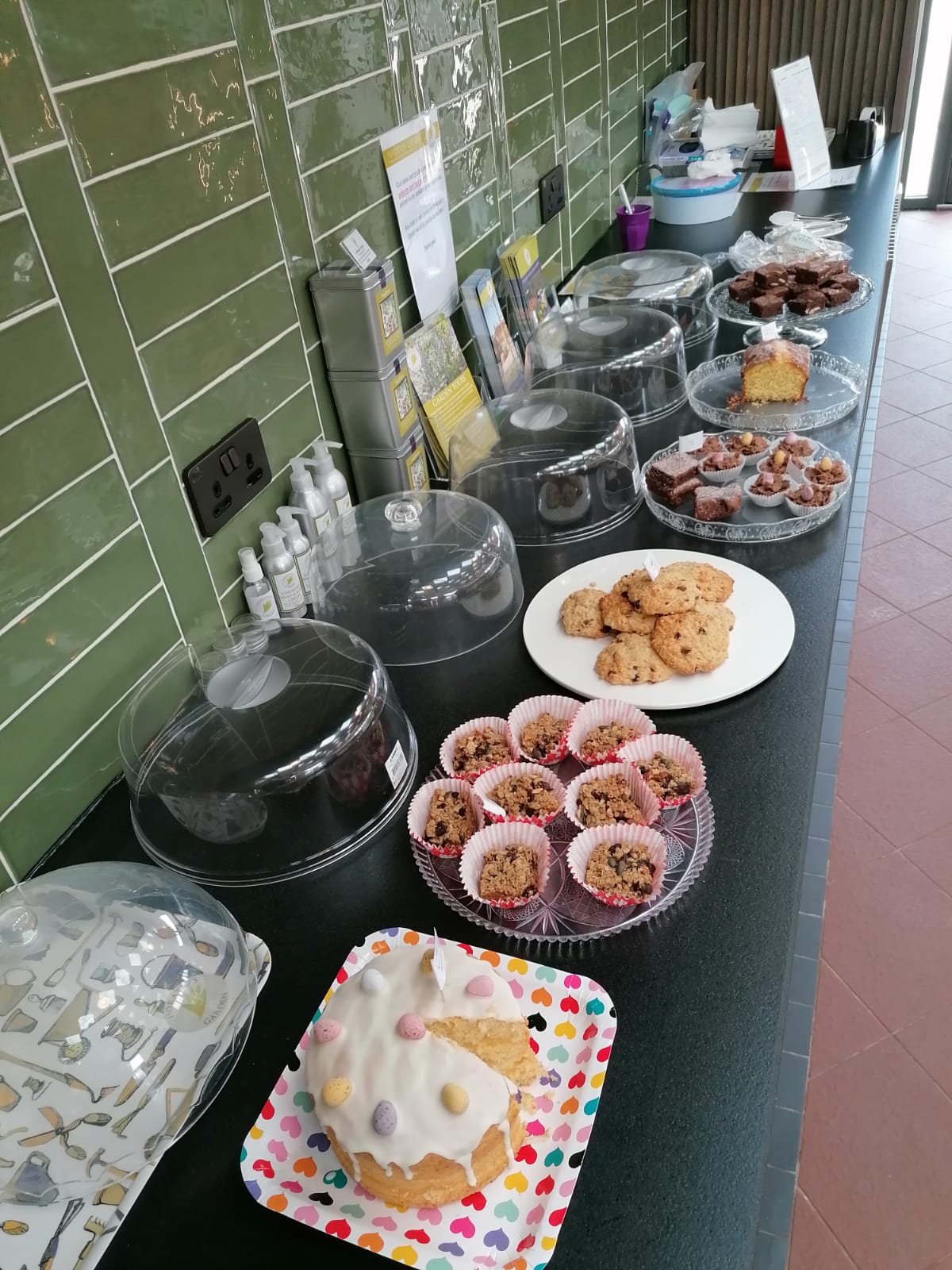 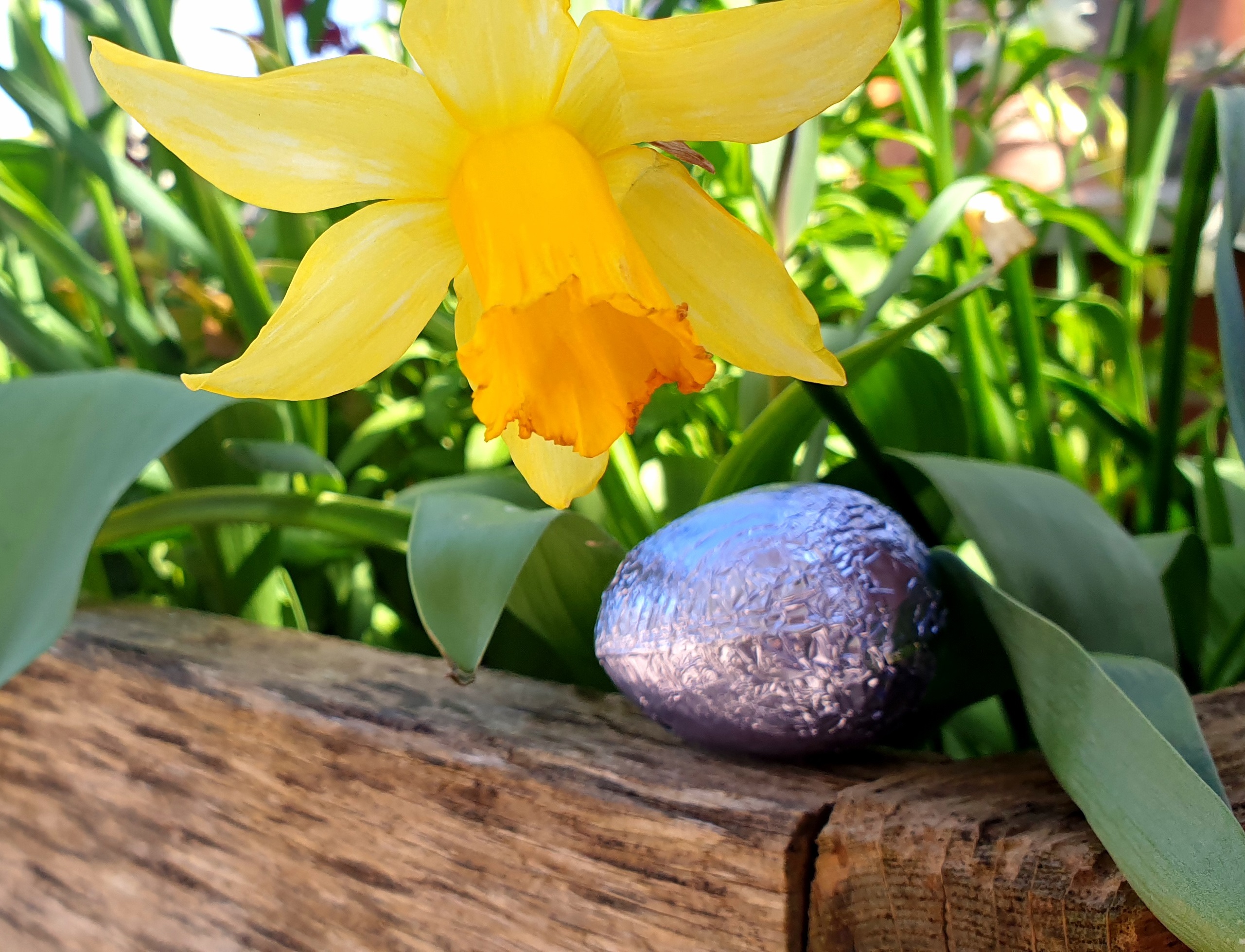 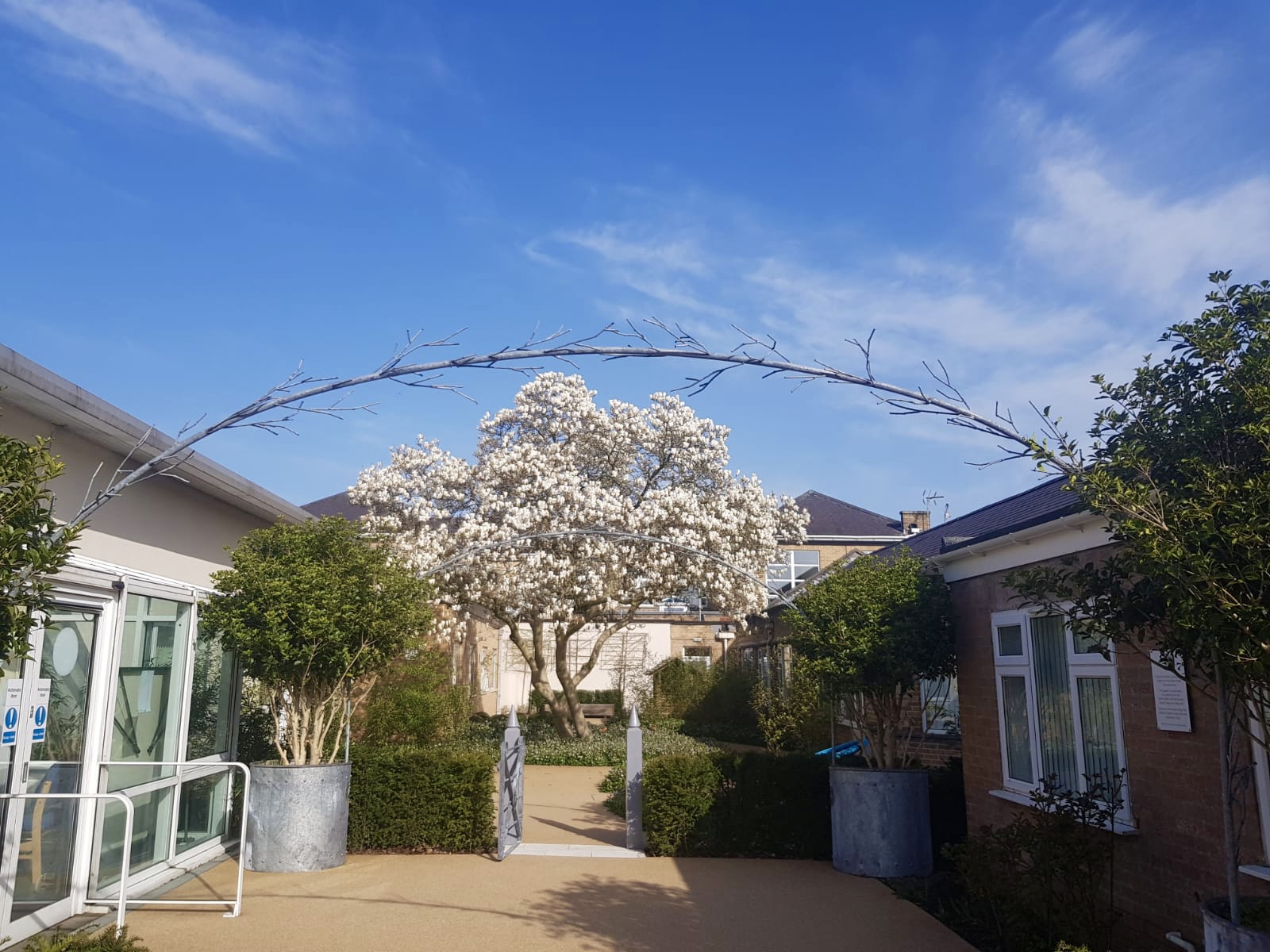 The revelry began with the Horatio’s Garden Poetry group on Thursday 1st April, with the apt theme of April Fools and, of course, Easter. The Zoom gathering was great fun, with the session simply being an opportunity for patients, volunteers, staff and anybody in the Horatio’s Garden network to have an amusing get together with some poems (famous, unknown, penned by the group’s members or otherwise) featured for good measure!

Every garden then began to while away the weekend in their own way, with Easter Egg Hunts, creative crafts and innovative floriculture all putting in an appearance.

Thanks to the support of the Recreation Assistants of the Duke of Cornwall Spinal Treatment Centre, Horatio’s Garden South West was able to welcome 16 patients for an Easter Egg Hunt. Head Gardener Stephen was there too to capture the action and was thrilled to discover that remarkably not all the eggs were found – definitely a perk of the job and a mark of a well curated hunt!

Everyone had a brilliant time, just as they did in Horatio’s Garden Scotland, Stoke Mandeville, Midlands and London & South East. The traditional Easter trees adorned every garden room, including Horatio’s Garden South West, along with plenty of floral displays which comprised of Narcissi, Chionodoxa luciliae, Puschkinia scilloides, violas and many more sprightly spring bulbs. 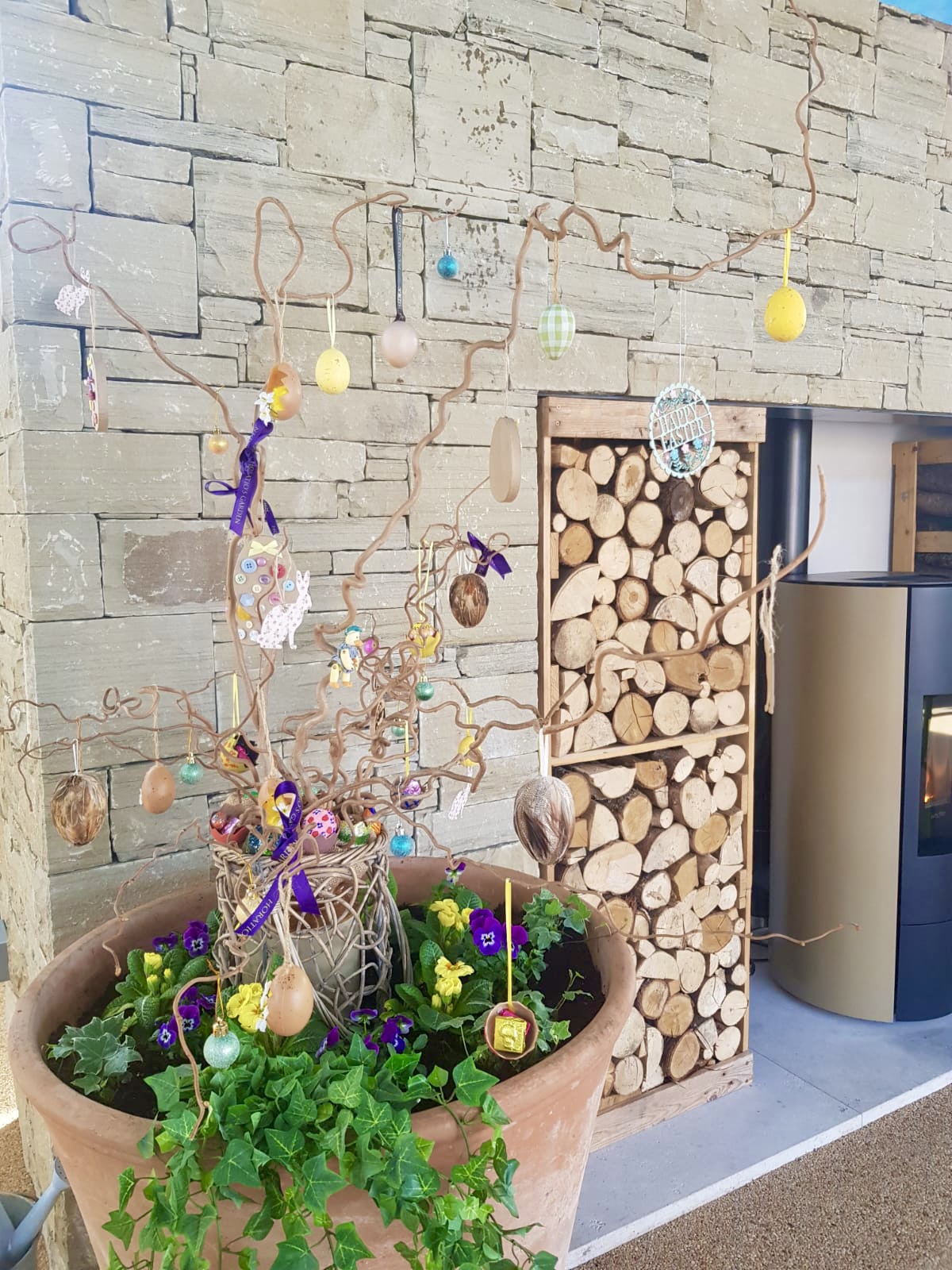 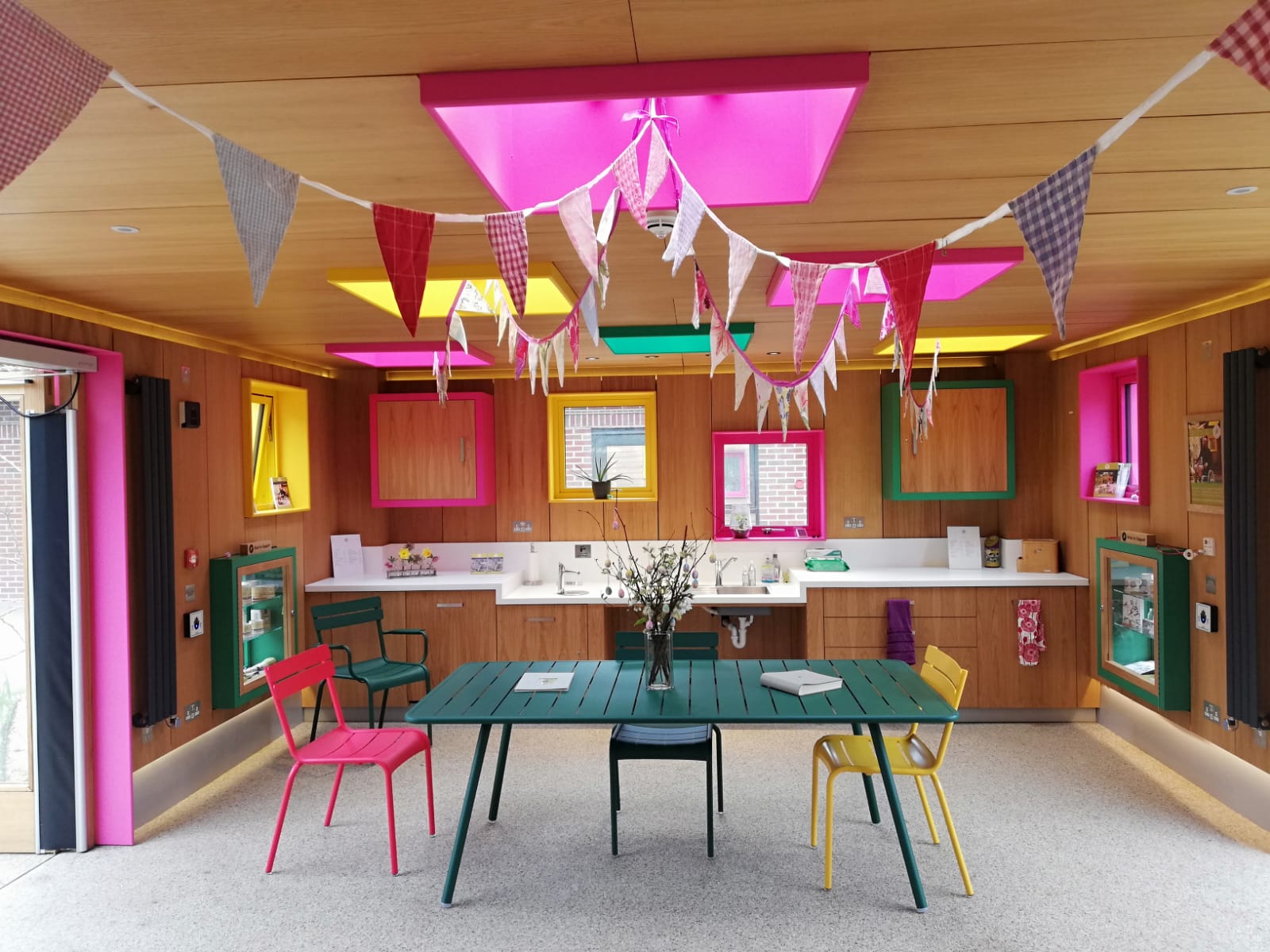 Lots of patients visited the gardens to spend time creating their own decorations too, with Easter wreath and willow nest making being among the most popular workshops in Horatio’s Garden Scotland and Horatio’s Garden London. In the former, patients also had the opportunity to decorate wooden bird templates, attempt some origami rabbit creation and capture floral imprints in air-dried clay, whilst in the latter, potting up seasonal plants also formed part of the relaxed Bank Holiday atmosphere.

In the Midlands, the merriment followed a similar theme, with people taking the warmer weather as their cue to pop to the garden even more than usual. Many safely joined in with some seasonal seed sowing, whilst others painted their own colourful creations to take the essence of spring with them wherever they go.

Appreciating the delight to be found in every handcrafted Easter delicacy (whether edible or not!) was certainly the common thread running through the weekend, a sentiment perhaps most evident when children spending time in the paediatric ward in Stoke Mandeville received their Easter chicks, hand-knitted by volunteer Sally and friend of volunteer Judy, Elizabeth. Complete with a chocolate egg, the creatures brought a big smile to the faces of children and adults alike, just as Horatio’s Garden Scotland’s thoughtful ‘Sweet Treat Gift Bags’ cheered everyone’s mood in the north. 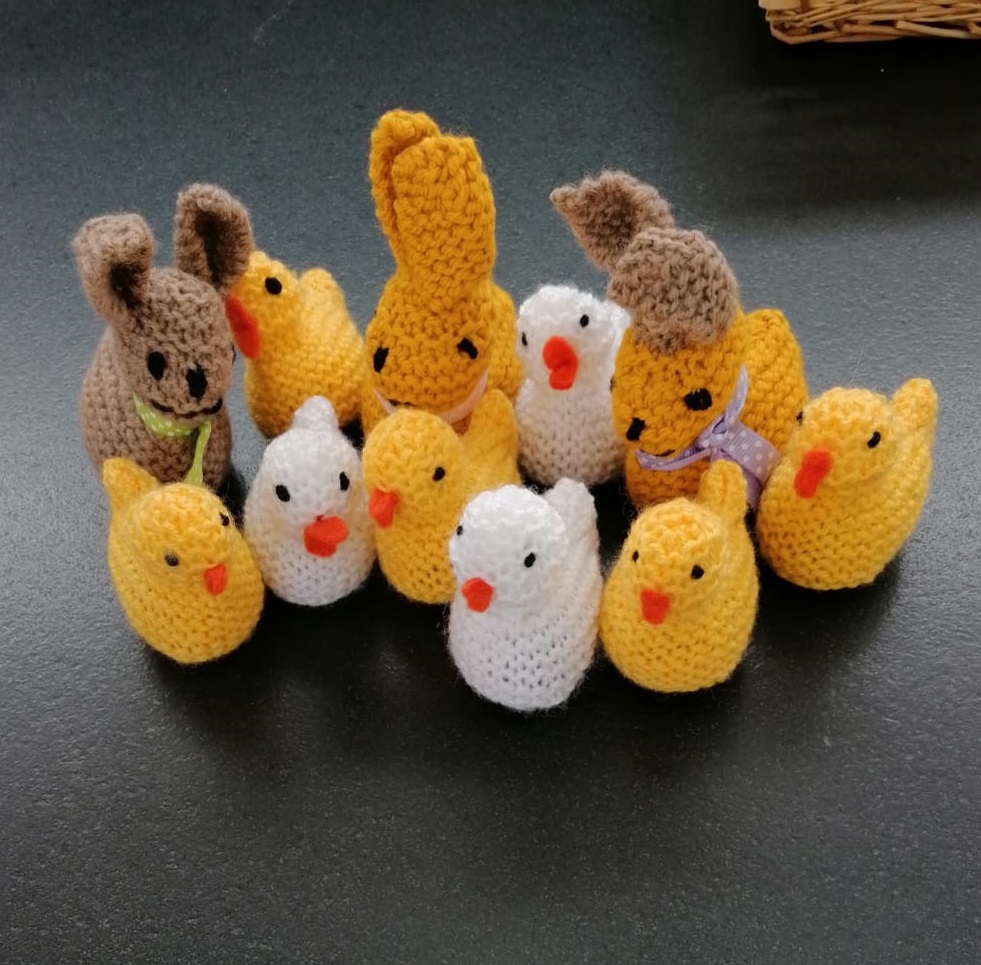 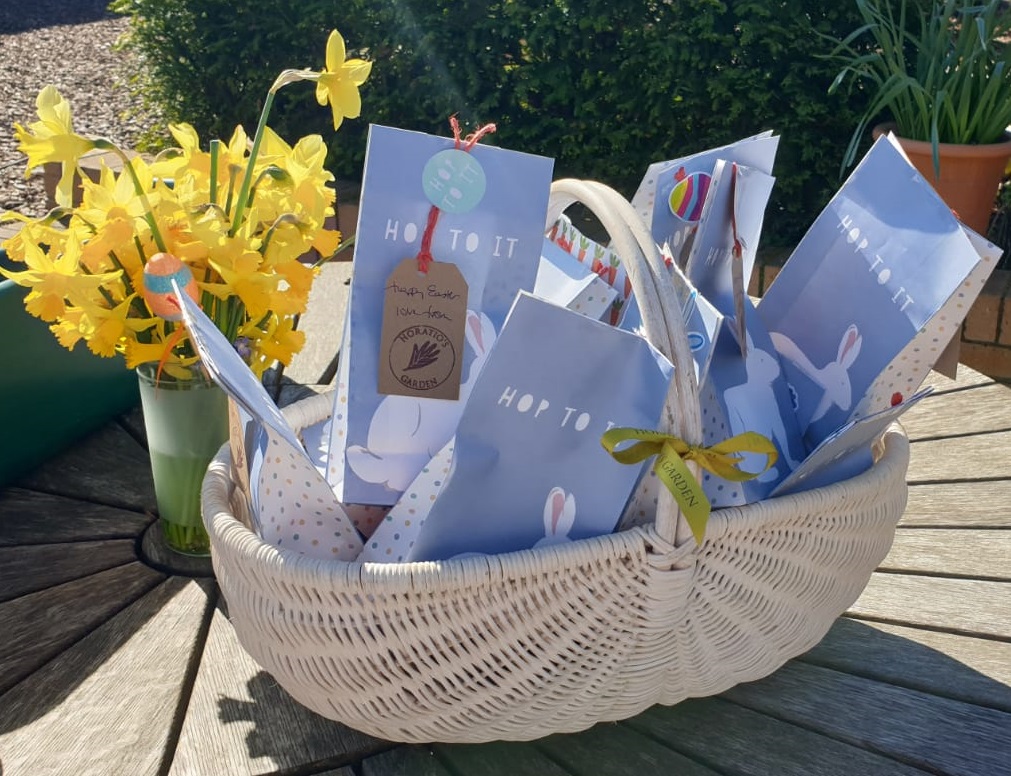 NHS staff too had the chance to take home a little Eastertime token from Horatio’s Garden London & South East, as the team held their first small plant sale to support the running costs of the garden. Alongside willow nests, pretty planters and lavender bags, all of which were made by patients and volunteers, were some new novel additions brought to the table by volunteer Terry. Having artfully repurposed his old mugs by planting them up with succulents and house plants, we’re certain his creations will be in demand nationally once word spreads! 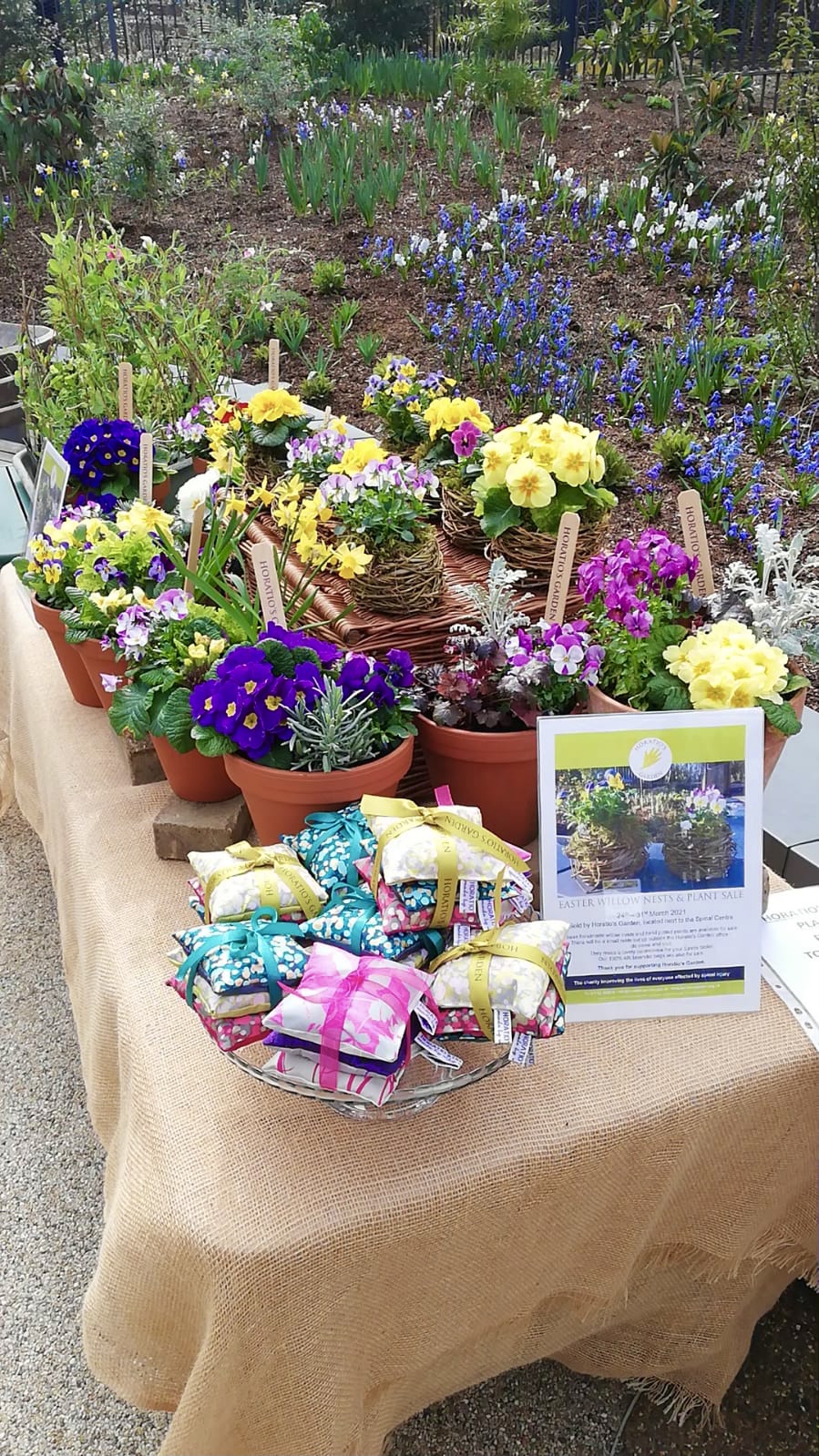 We hope you all had a wonderful Easter weekend too, whether you were out and about, doing a bit of baking, pottering in your own garden, or simply resting and relishing the arrival of those long-awaited rays.

If you would like to join the Horatio’s Garden Poetry Group, please email Debs Grigg via debs@horatiosgarden.org.uk or call 01722 326 834 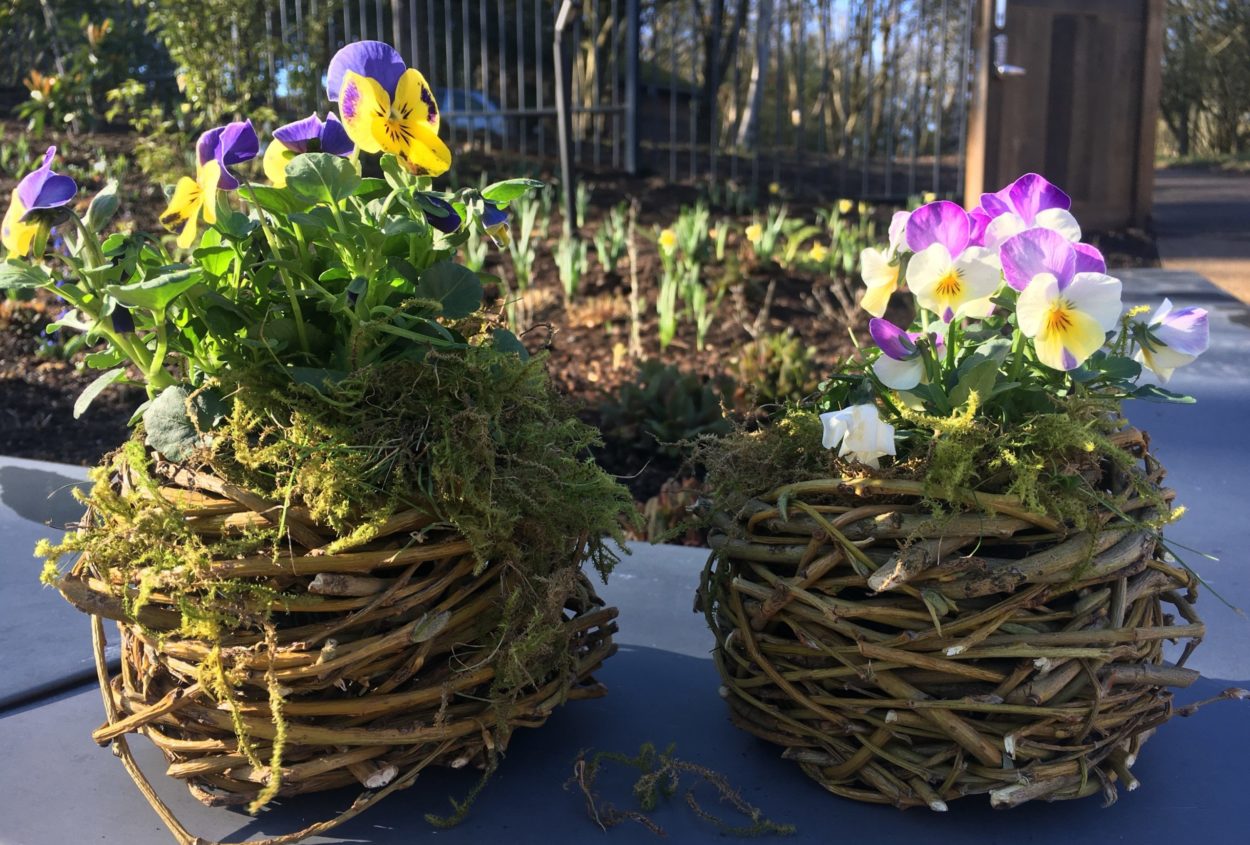 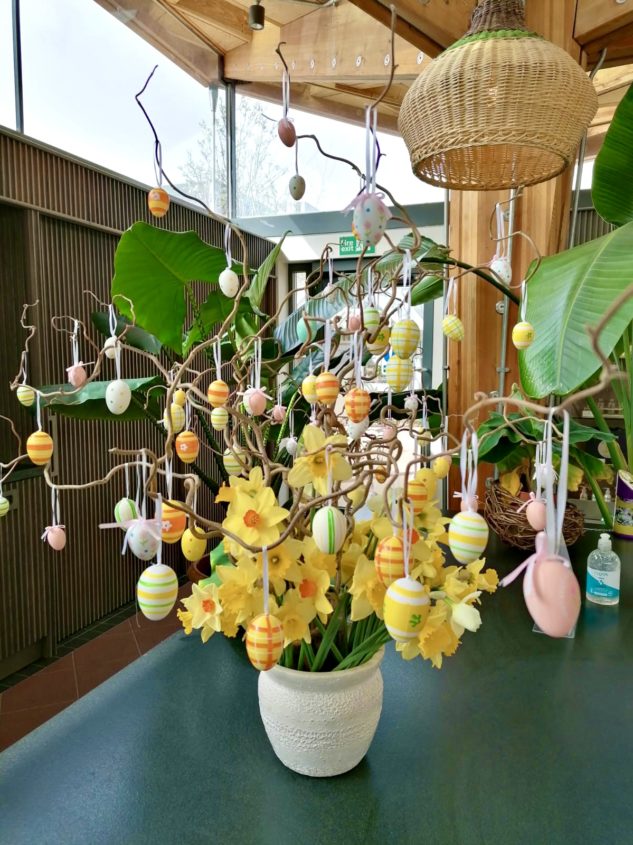 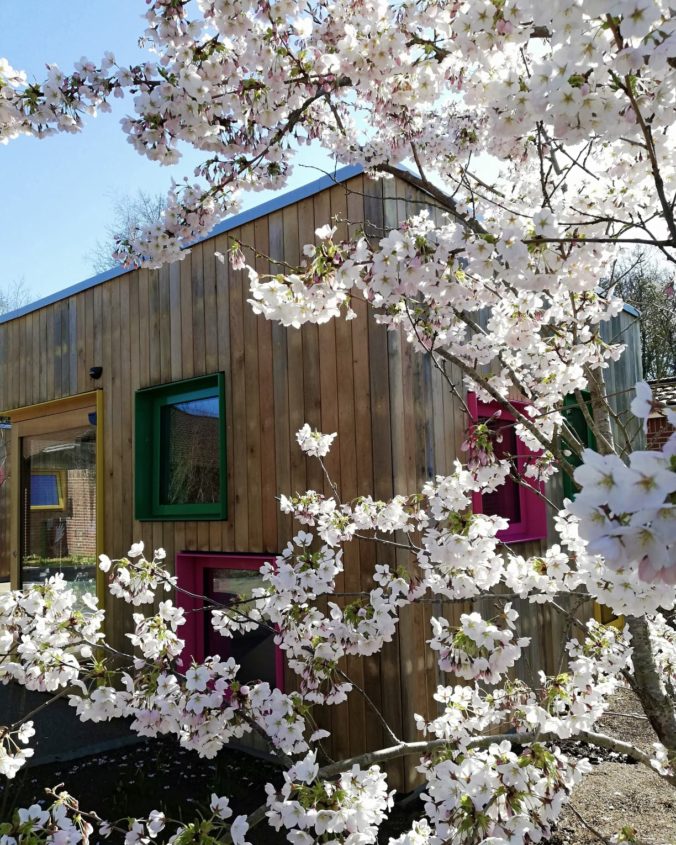 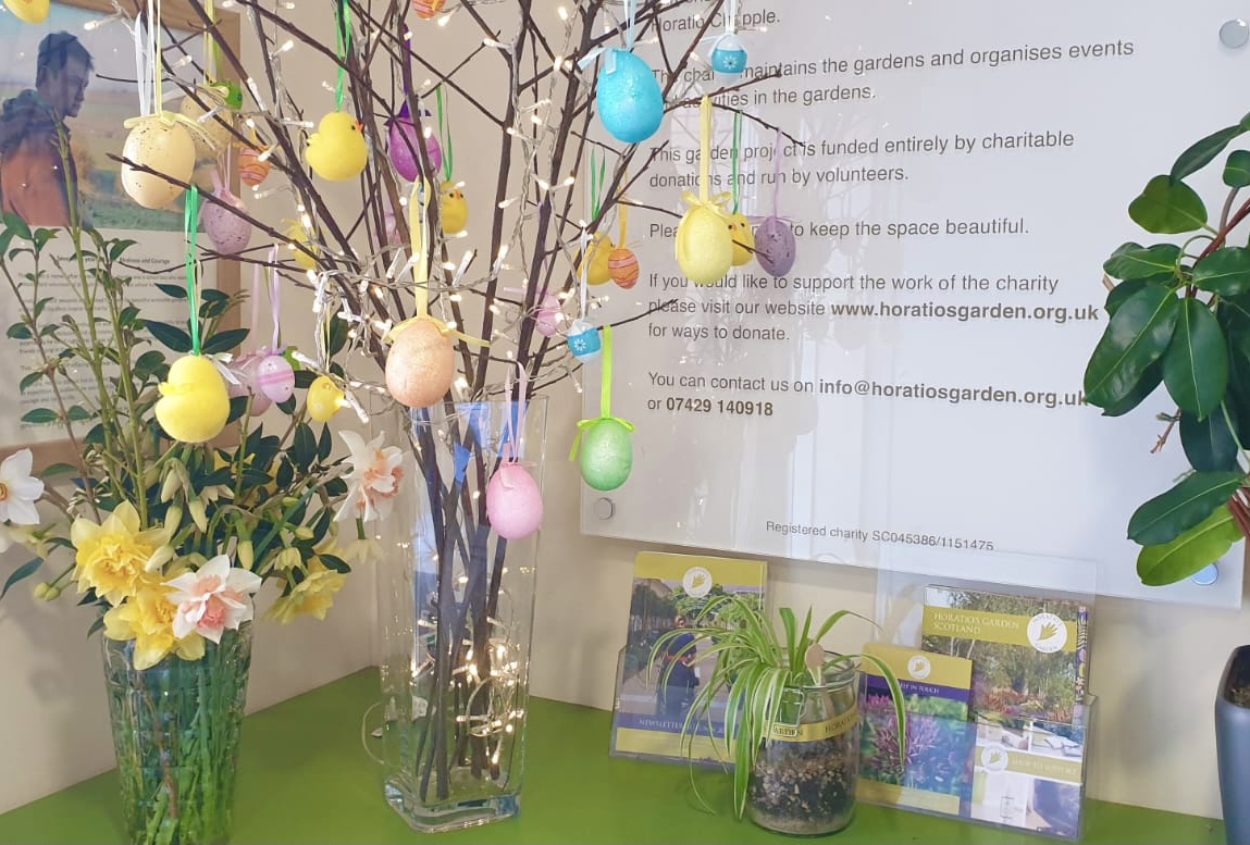 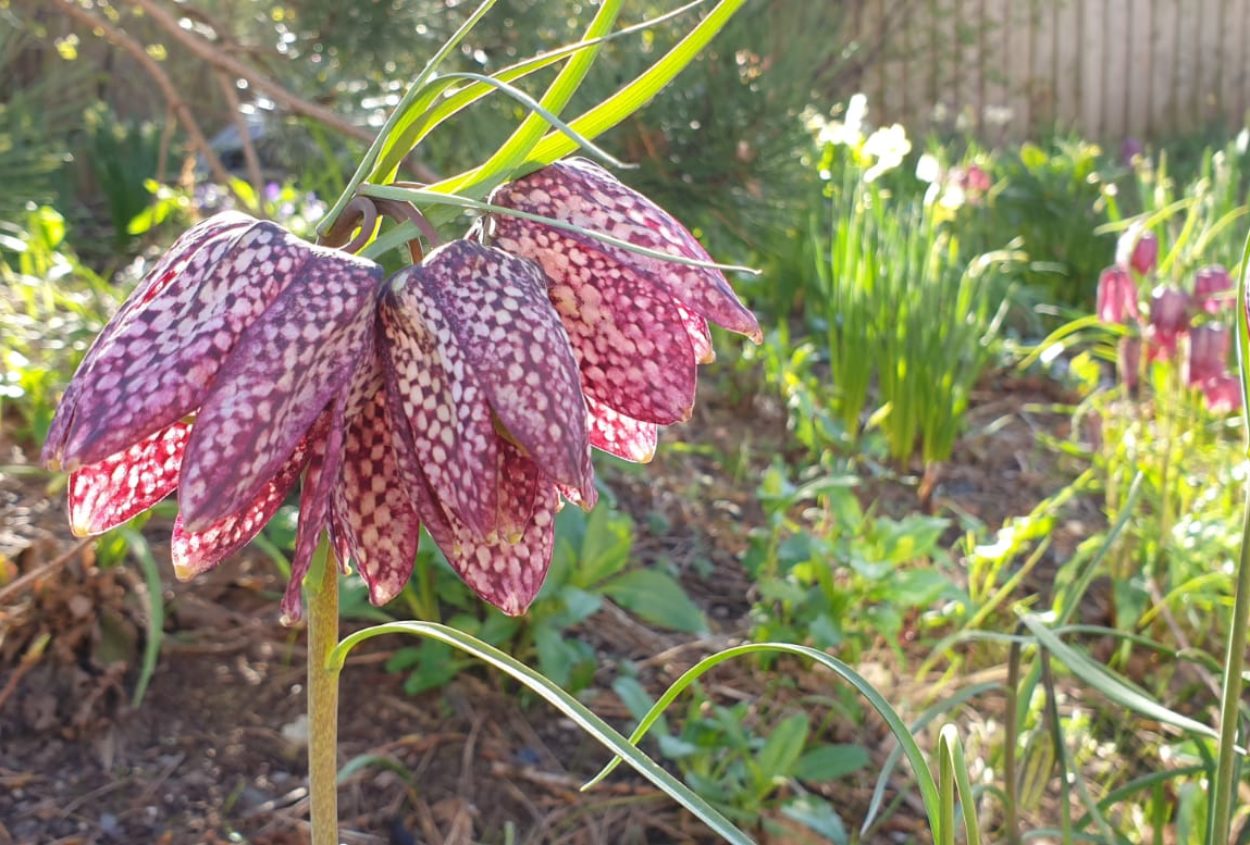 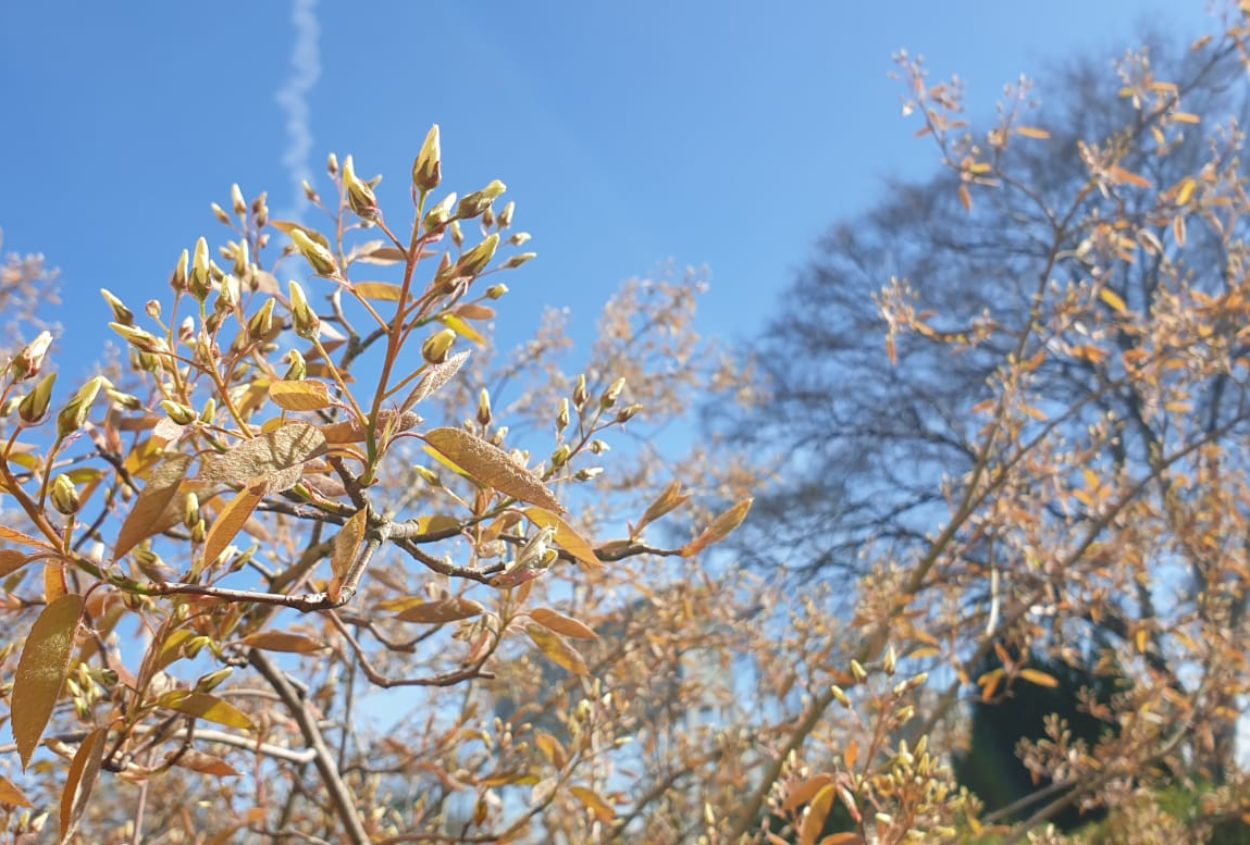 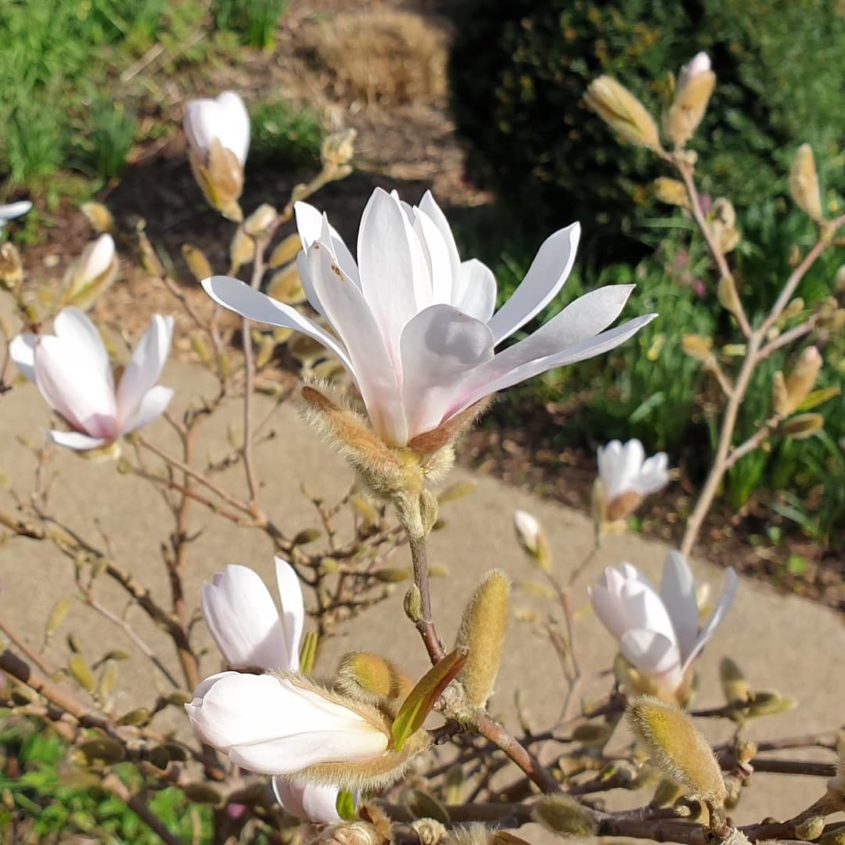 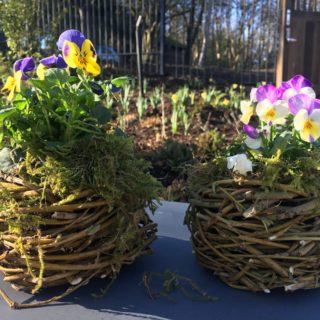 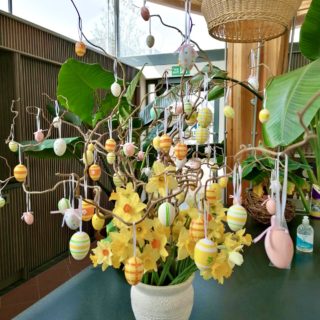 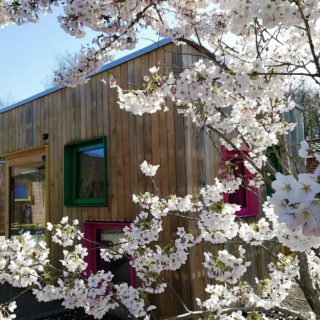 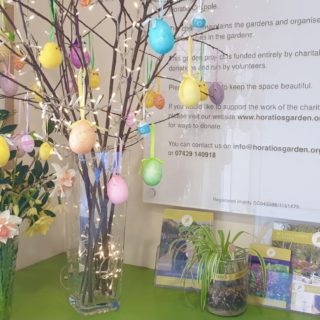 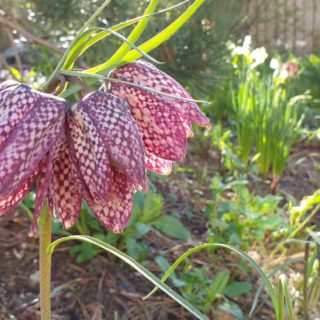 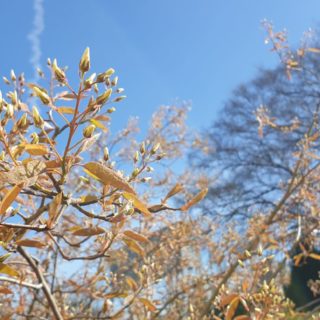 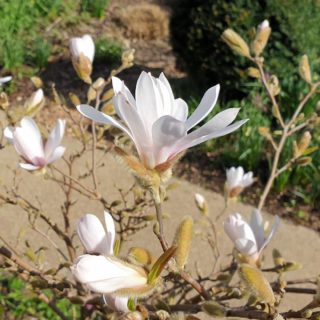 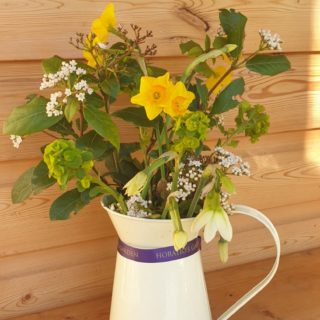