With Claire Waltier MacGillivray now very much a part of life in Horatio’s Garden Midlands, her afternoon as artist in residence was this week busier than ever!

The gorgeous weather naturally encouraged people to spend time in the garden, which was where the small group of creatives could be found painting a variety of artworks using watercolours. 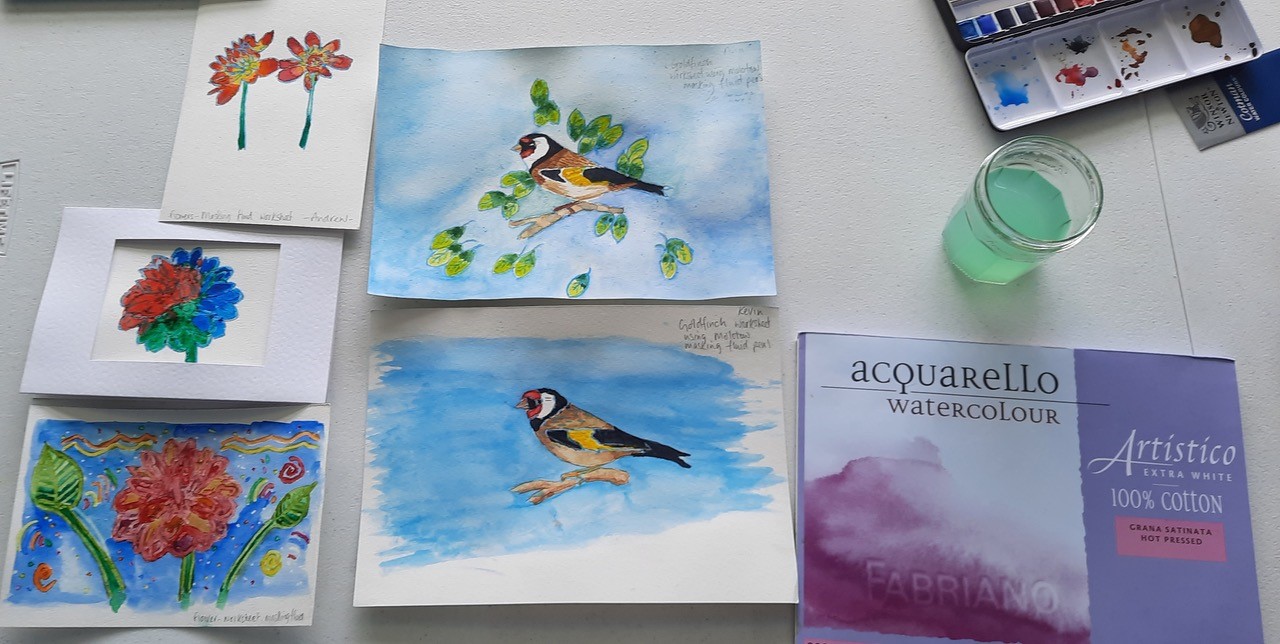 Five pieces were progressed throughout the afternoon, including the two goldfinch paintings mentioned in last week’s story. The lady who began previously began her painting decided to add dreamy washes to her piece, bringing ever-increasing life and energy to her work, whilst another patient eagerly began creating his own bright version of the bird balanced on a branch. With the former likely to finish her painting imminently, she’s already made plans to start another of a flower next week, inspired by the creations of her fellow artists. 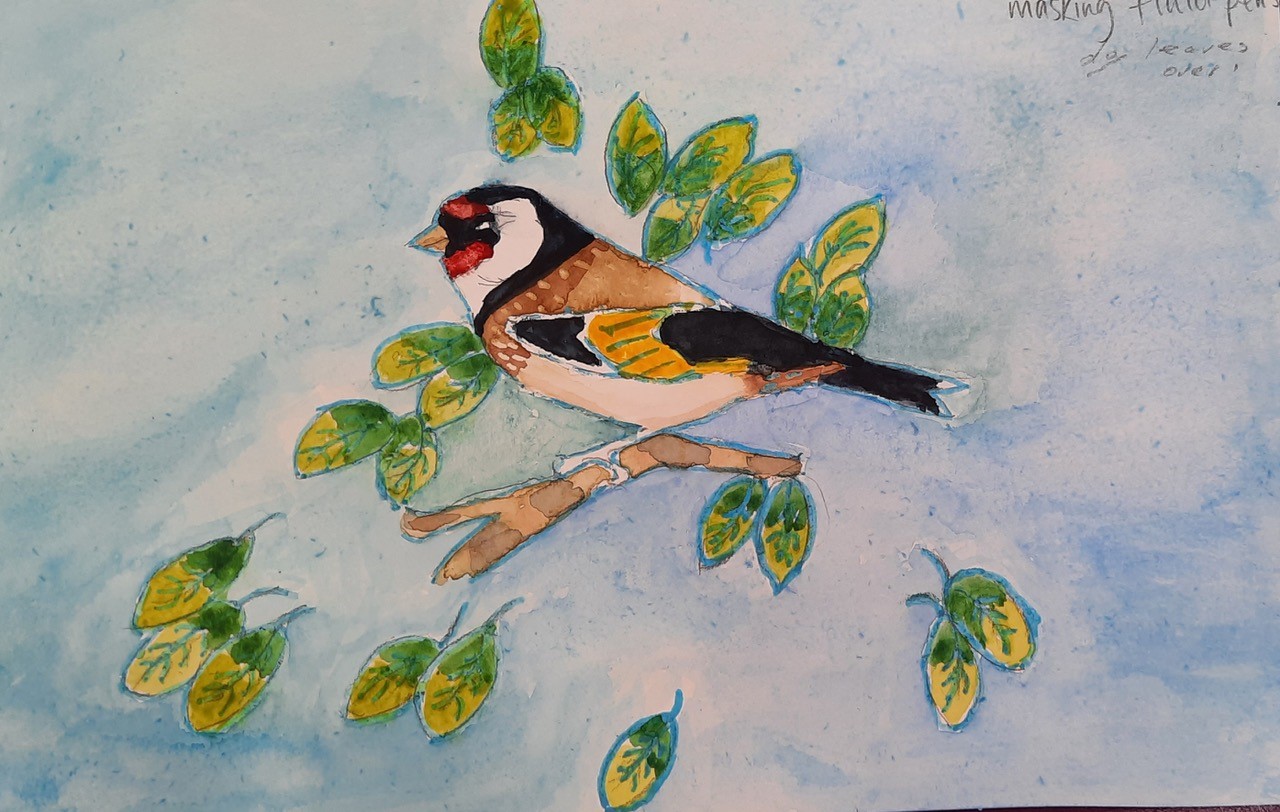 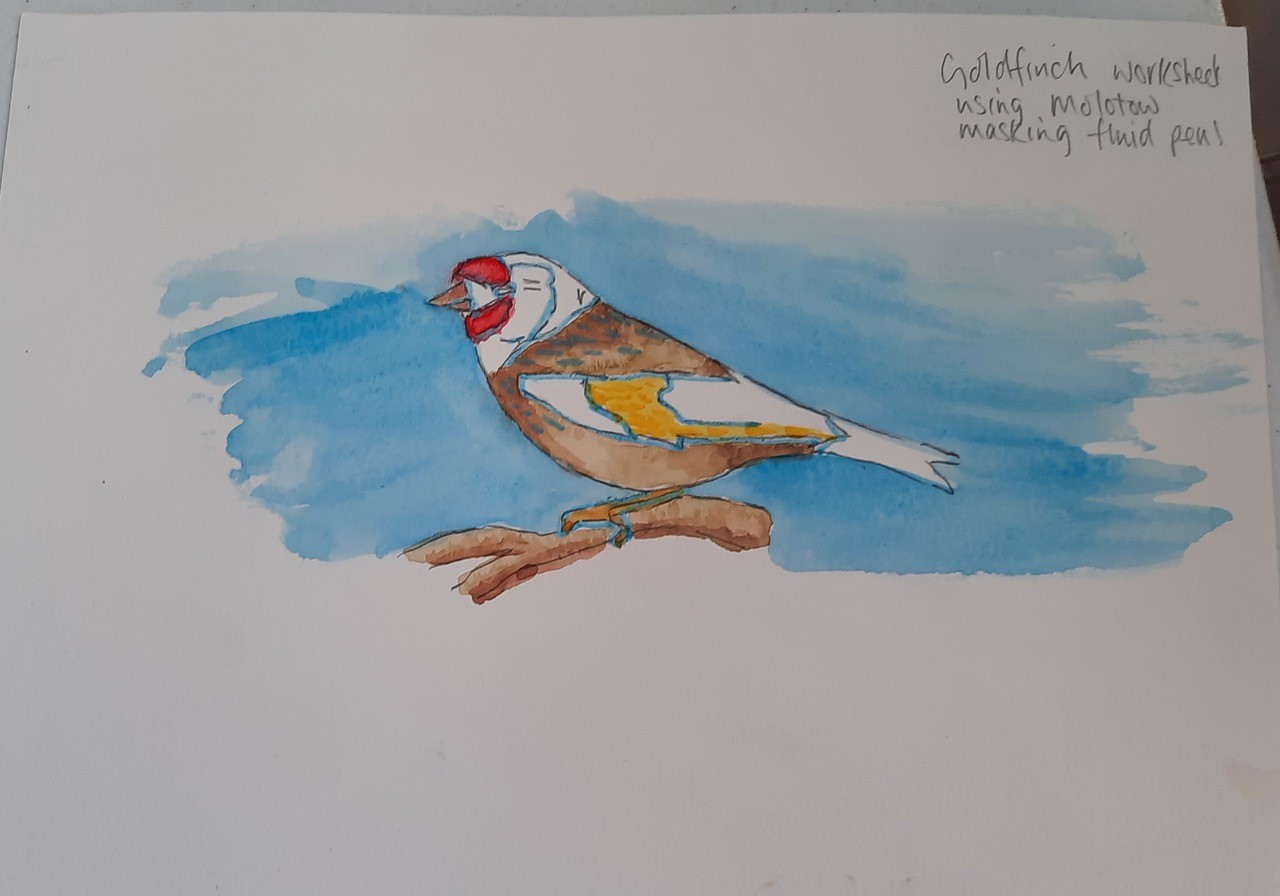 Ahead of the session, Claire had prepared a few floral drawings, which were particularly popular with the group as they felt this was a wonderful way to be gently introduced to the world of watercolours. It was especially encouraging for one person in particular, who shared that they hadn’t attempted any kind of art since their school days and who afterwards echoed the group’s sentiment of enjoyment and appreciation for the activity.

Alongside celebrating the joy of creativity, the workshop also turned into an unexpected party to mark a patient’s birthday. He joined the group to simply paint a flower in his favourite colours, but it wasn’t long before the thoughtful assembled artists opted to surprise him by transforming his work into a birthday card. Their stealthy crafting certainly made an already happy afternoon in the garden that little bit more special. 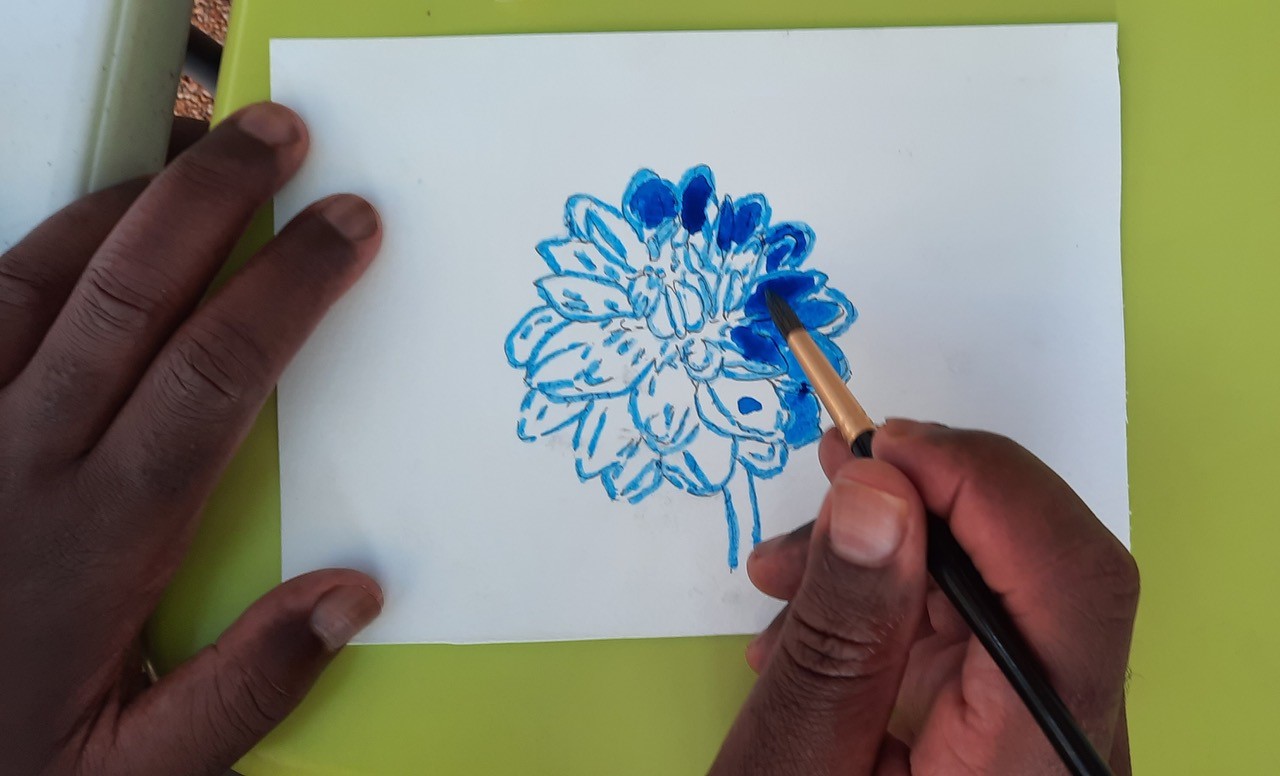 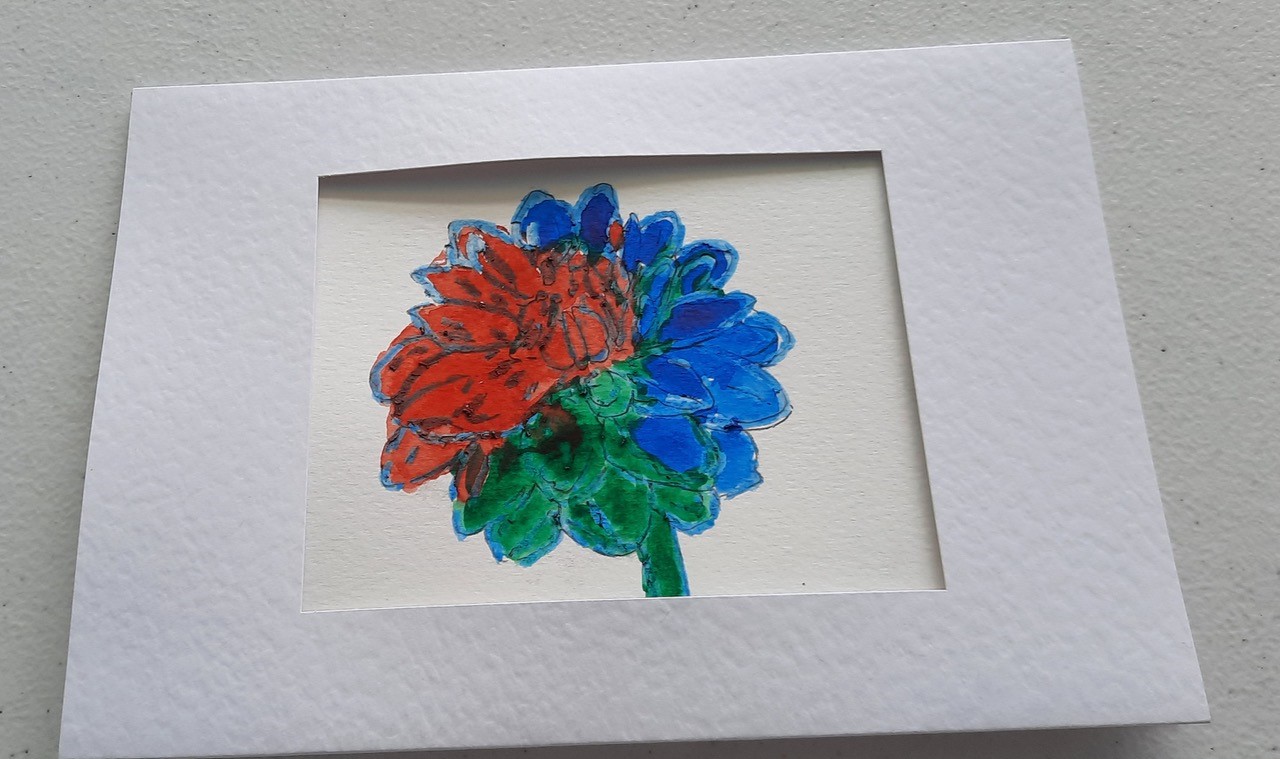 Meanwhile, another patient painted the very same flower, but with a totally different and wonderfully unique result. Choosing to use wet-on-wet washes, her work rapidly became effervescent, with the vivacious background not only illustrating how vibrant and varied Claire’s sessions are, but how every creative journey is deliciously different.

The floral theme was taken in another alternative direction by someone else too, with him becoming so engrossed in his artistry that he’d successfully completed his painting by the end of the session.

It’s a real pleasure to see so many people relishing the opportunity to be creative and we’re already looking forward to seeing what the group create when Claire brings blank greetings cards to the artistic table next week! 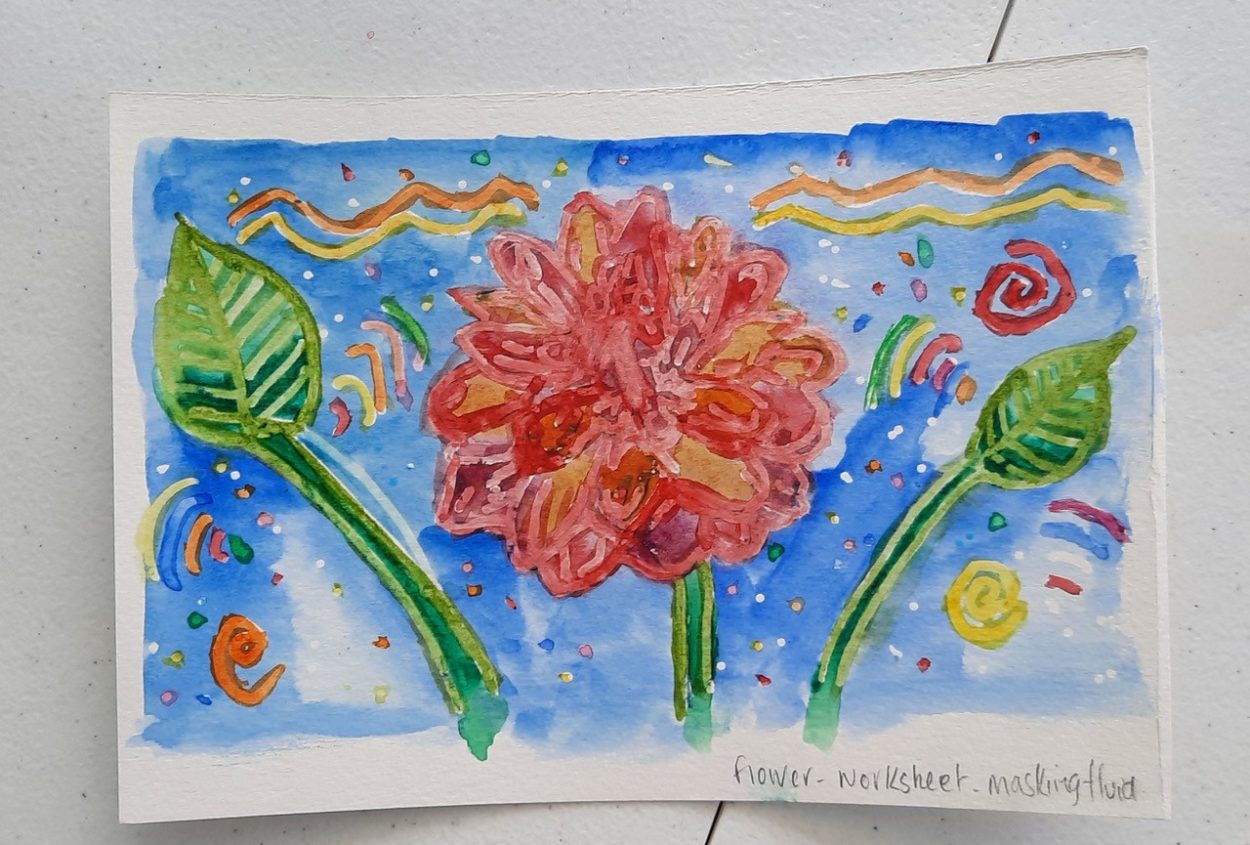 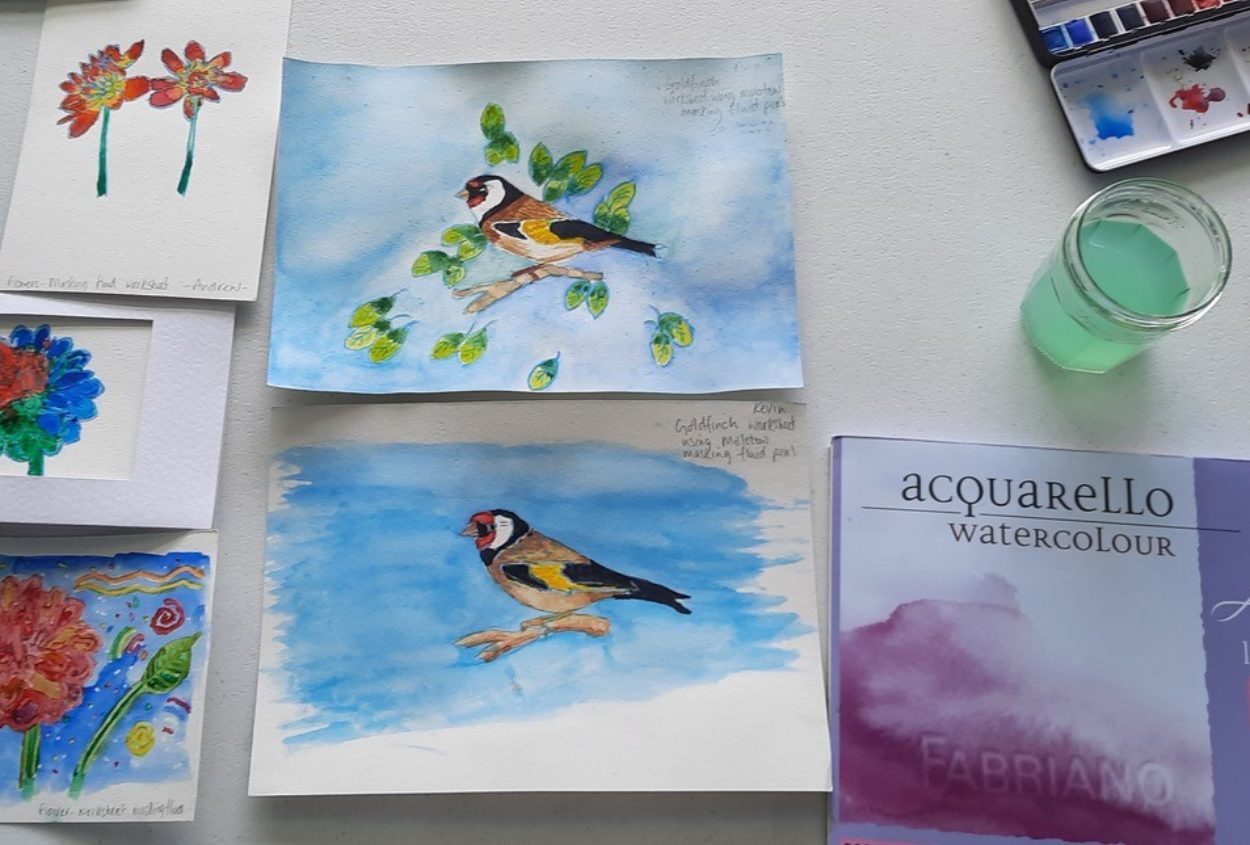 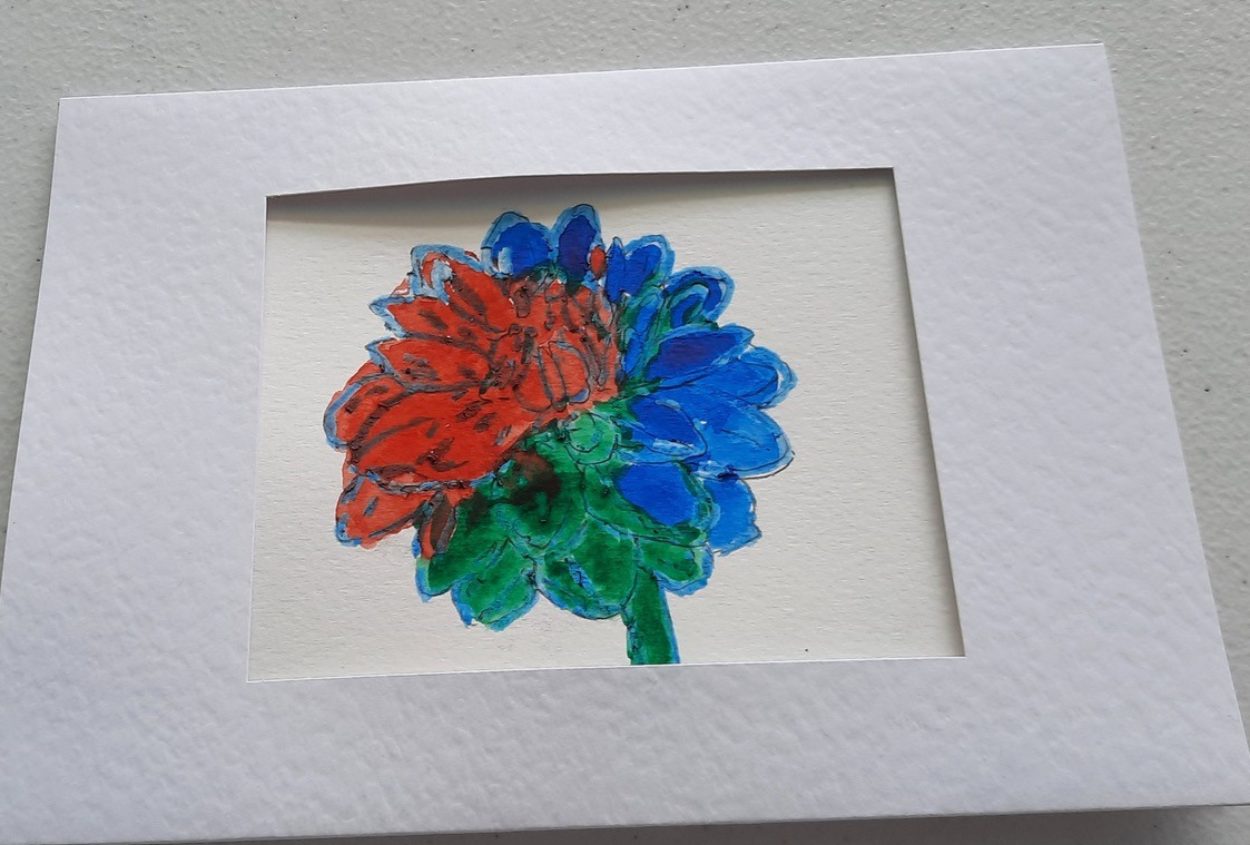 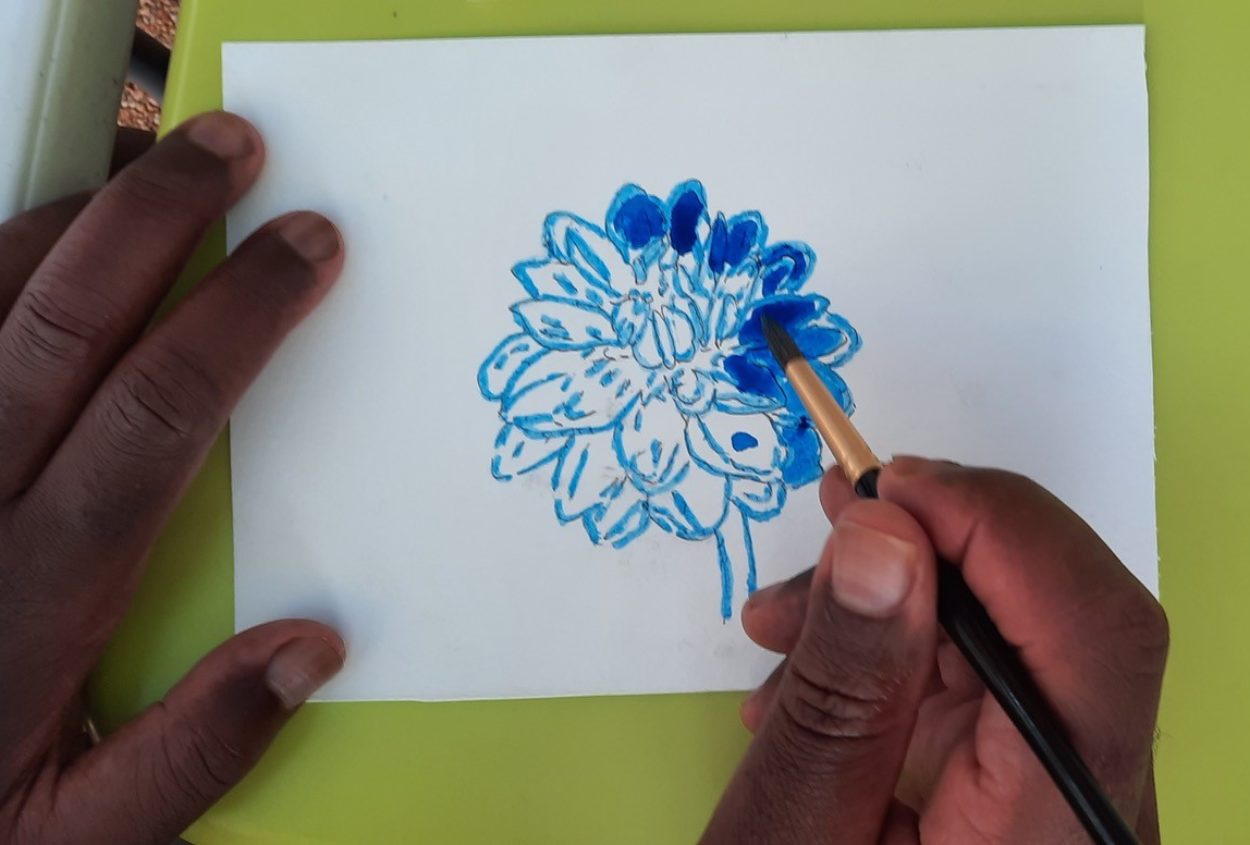 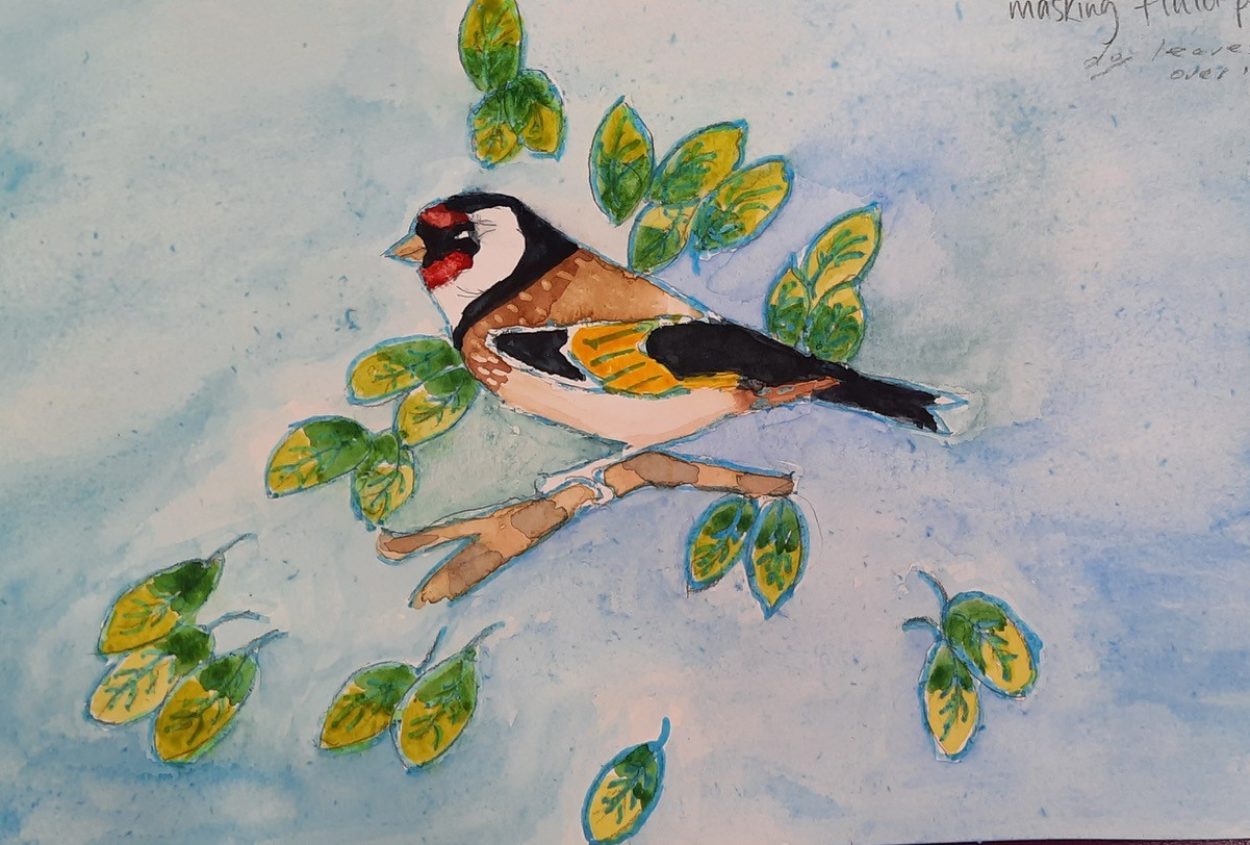 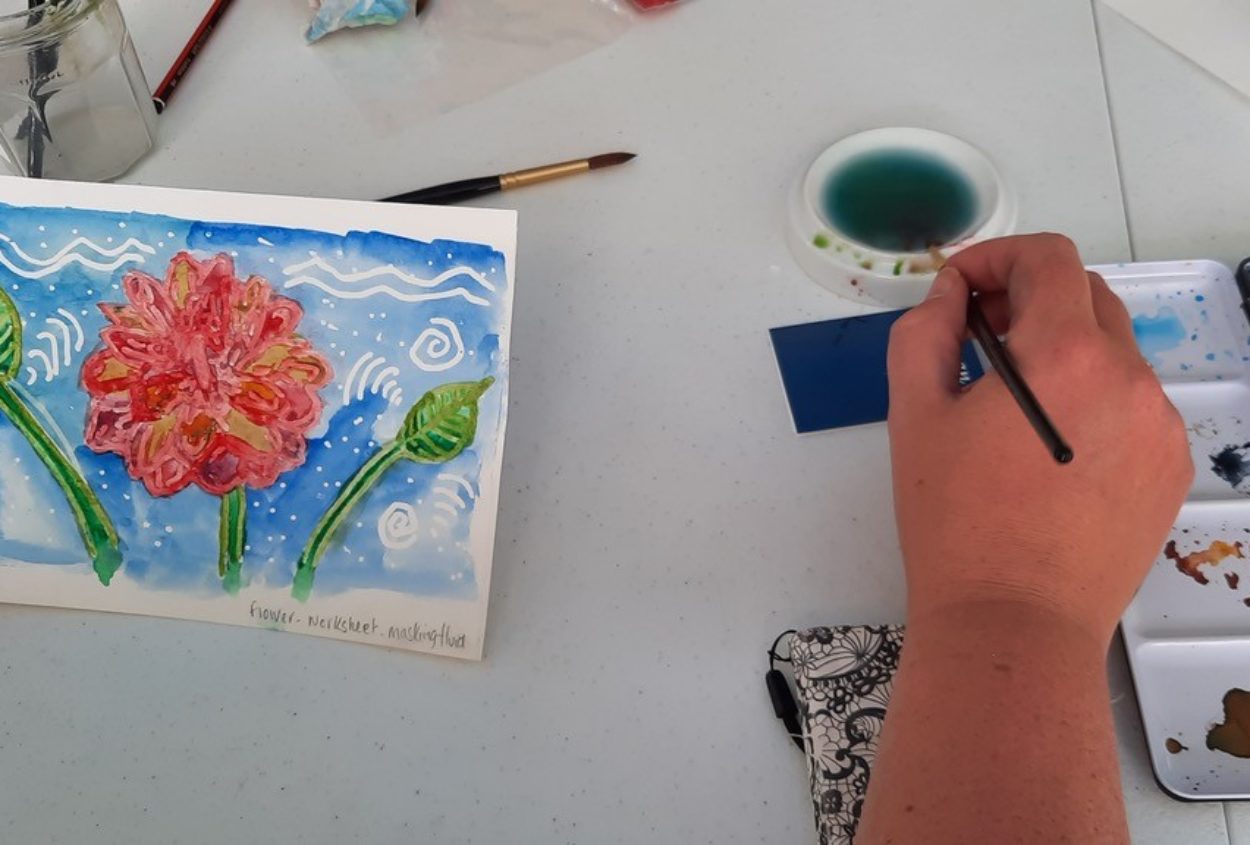 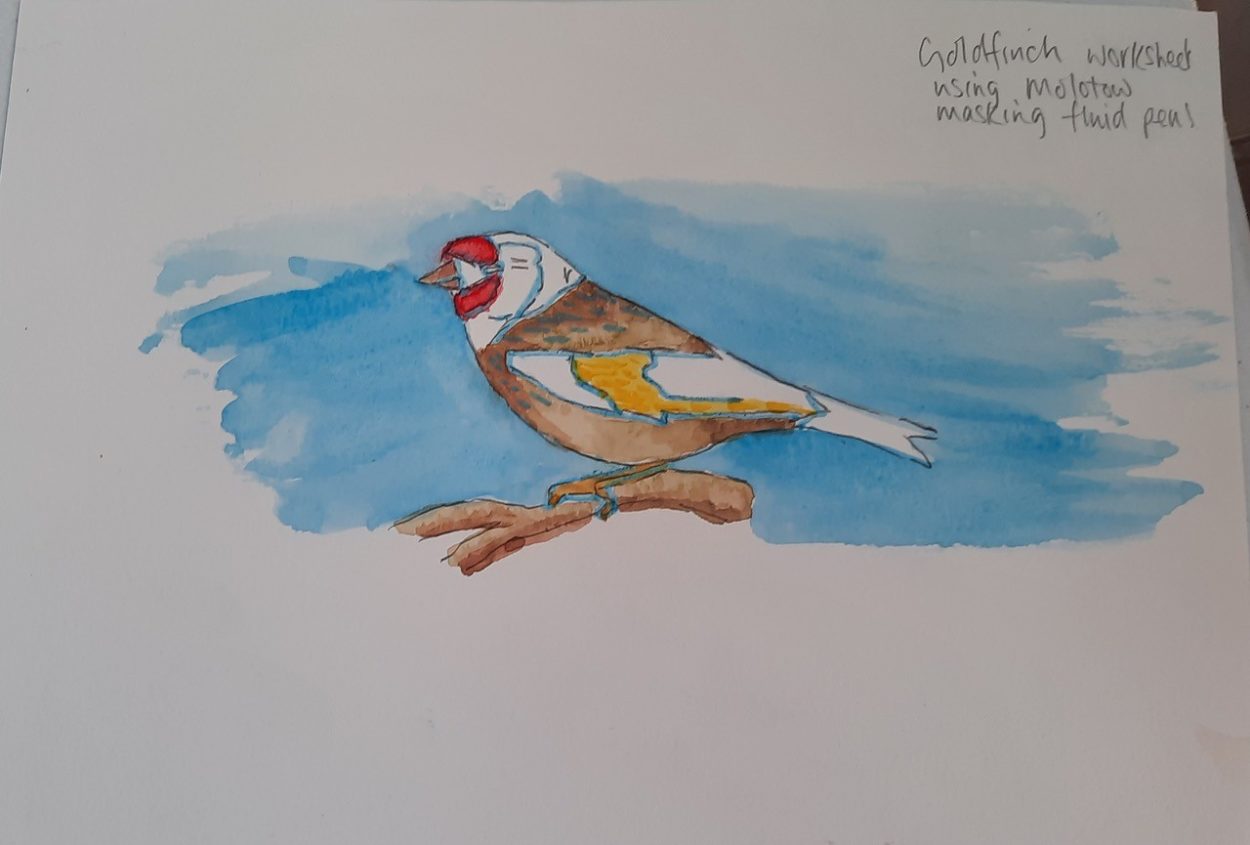 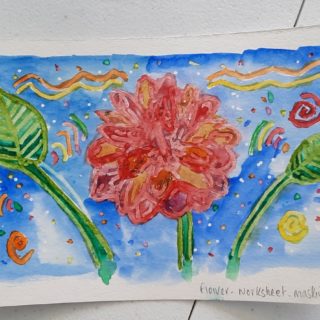 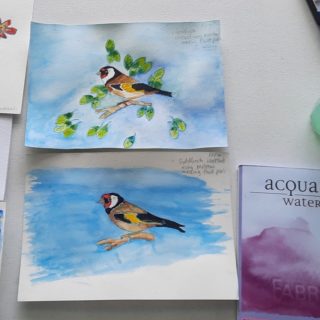 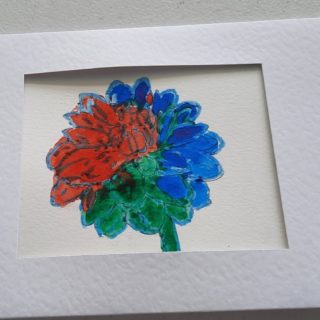 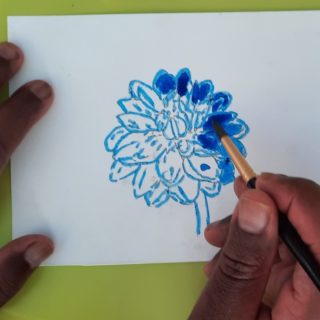 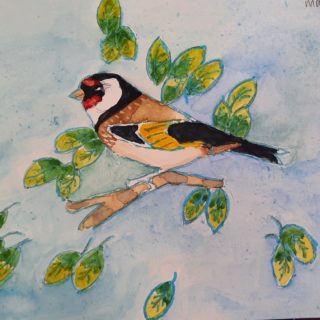 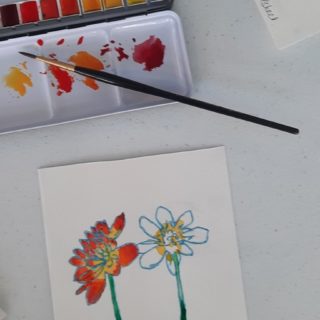 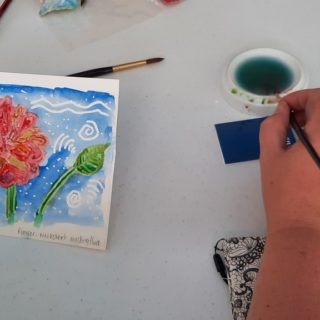 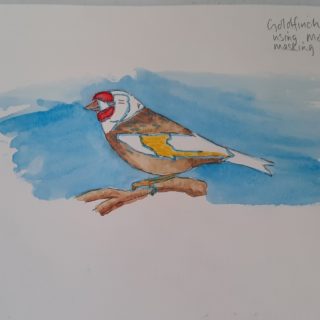 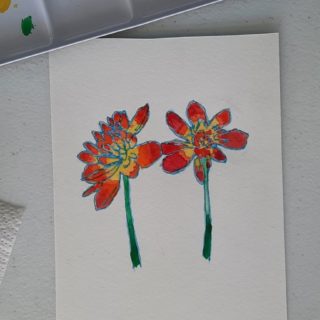