Back in June, some of you may remember us introducing you all to artist Miranda Creswell and her work on the Butterfly Table for Horatio’s Garden Scotland, which is part of her ‘Looking Out Glasgow’ project.

Miranda spent many months painting numerous butterflies in the Oxford Museum of Natural History, which will feature on the table, and soon we will see her designs being brought to life by joiner Niall Wilson.

Niall works at at GalGael, an incredible social enterprise owned by the GalGael Trust that focusses on creating boats, but also embarks on various other woodwork projects. It was established 20 years ago by local environmentalist, the late Colin Macleod, and his wife Gehan. GalGael began in one of the most deprived areas of Glasgow and grew from an environmental campaign to become a working community of creative people. Although it is now a charity, the community continues to be guided by its founding principles of reconnecting people to work, to other people and to nature.

We are incredibly pleased to be collaborating with GalGael for the Butterfly Table and are also grateful to Miranda for bringing so many sources of inspiration together in a single work. It will be wonderful to see the final piece. 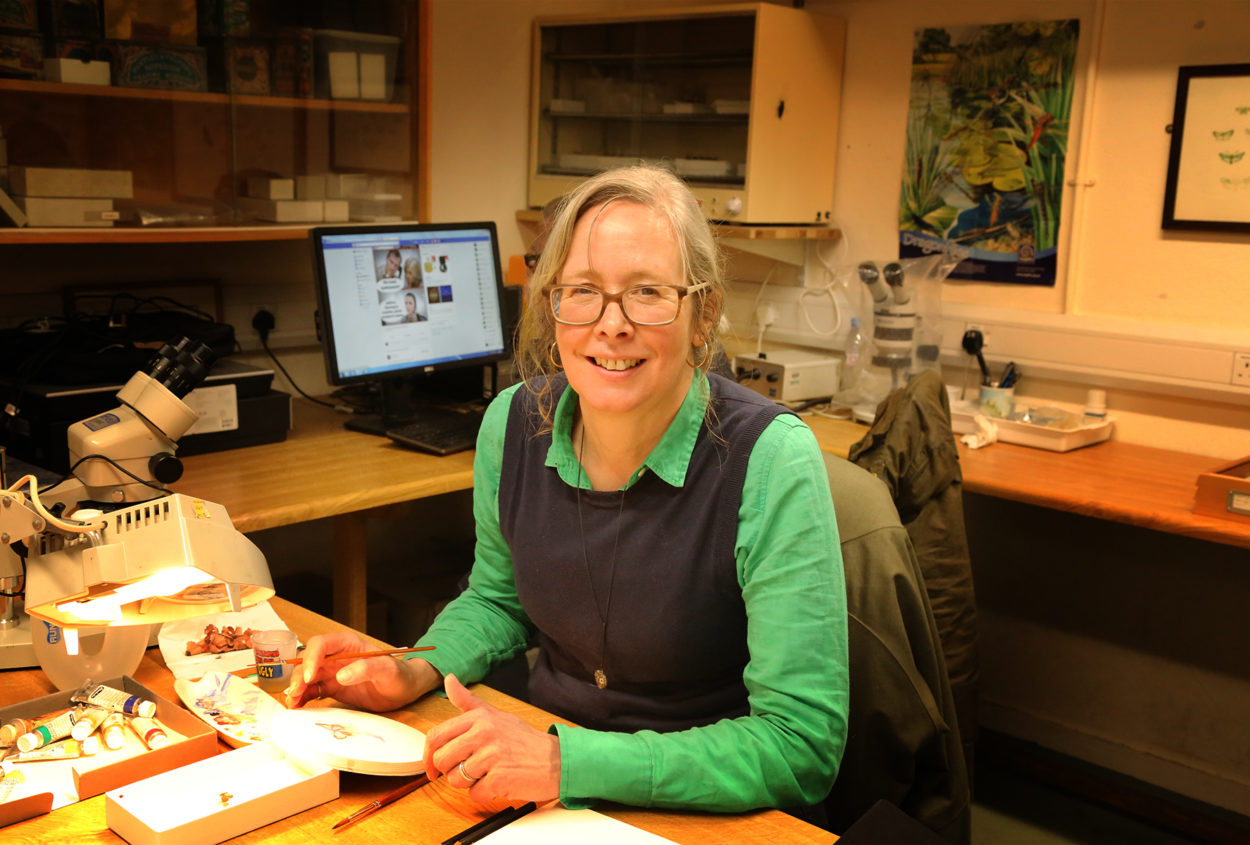 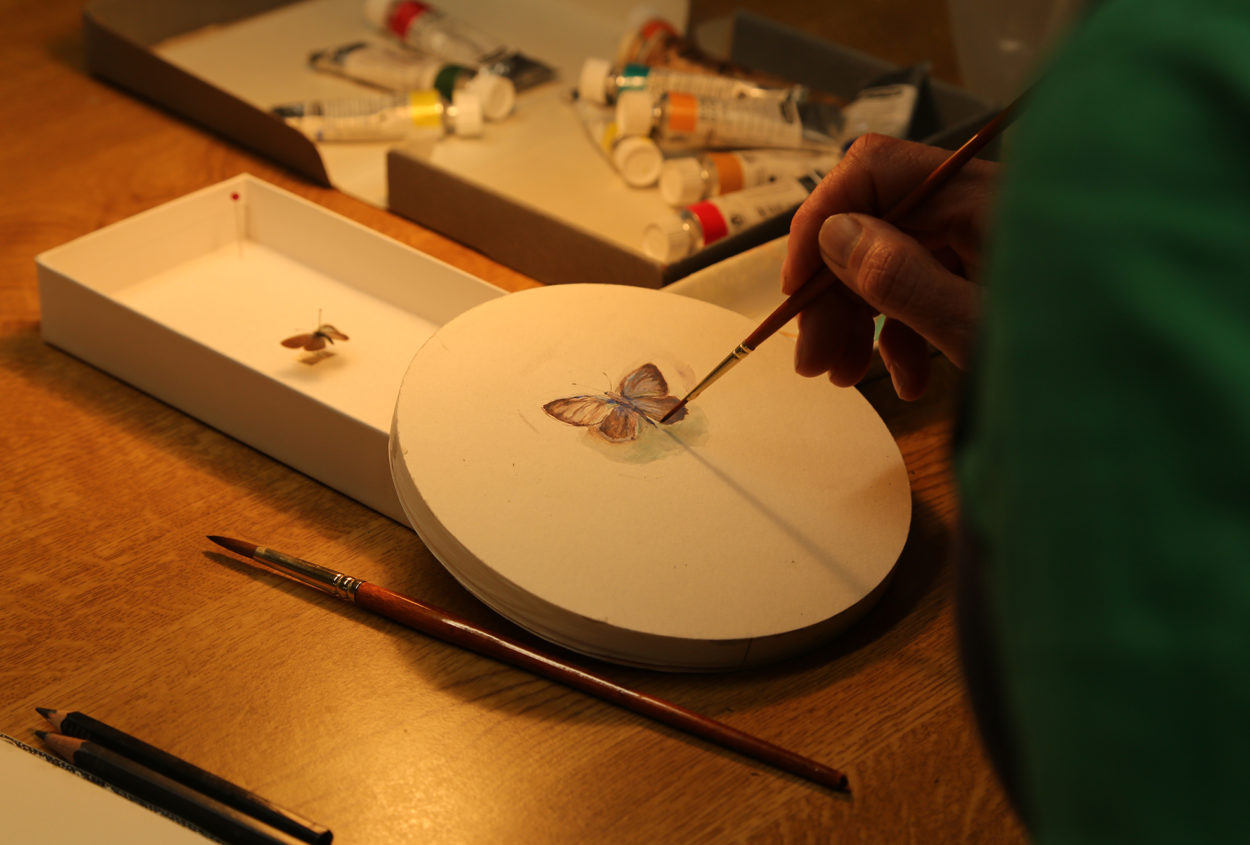 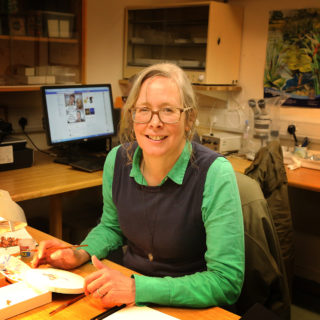 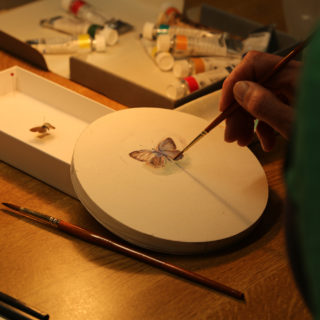