Horatio’s Garden South West has now been hosting Jayne Woodhouse, our new Creative Writer in Residence, for a few weeks and people visiting the garden are becoming increasingly intrigued by what she’s up to.

A small gathering periodically stopped to speak to Jayne during her most recent workshop, when she was only too happy to share more about her work and how they too could make the most of the garden by using it as a source of inspiration for storytelling.

A few shared that they would consider her advice over the coming week and that if their afternoon schedule allowed, they may well join her in artfully jotting their thoughts down on paper soon.

Fortunately, one enthusiastic man did have the time to sit alongside Jayne, with her sharing that the two had an amazing afternoon penning acrostics and haiku poems together. Having enjoyed the session so much, he went away with a notebook Jayne had to hand so that he could continue writing in between Jayne’s weekly visits to the garden.

Having spent so many hours sporadically writing, chatting and laughing, Jayne noticed that he was, as she put it, ‘a naturally gifted writer’ and that it would be exciting to see his work develop.

As for the patient, he told Jayne that she had really helped him and that the writing itself had been a joy, giving him a focus and a way to fill his time purposefully for the foreseeable future. He really appreciated working with Jayne and relished the opportunity to learn something new too.

With countless passers-by happily engaging in Jayne’s work, she shared that she feels really welcome in the garden and that she’s felt that same warmth emanating from the charity as a whole.

For Jayne, the sense that she’s made a small contribution to people’s lives is a privilege.

For us, it’s a privilege to see her in the garden and we’re certain that the difference she is making is far greater than she modestly gives herself credit for. It will be a pleasure to watch many more rewarding weeks of her residency unfold. 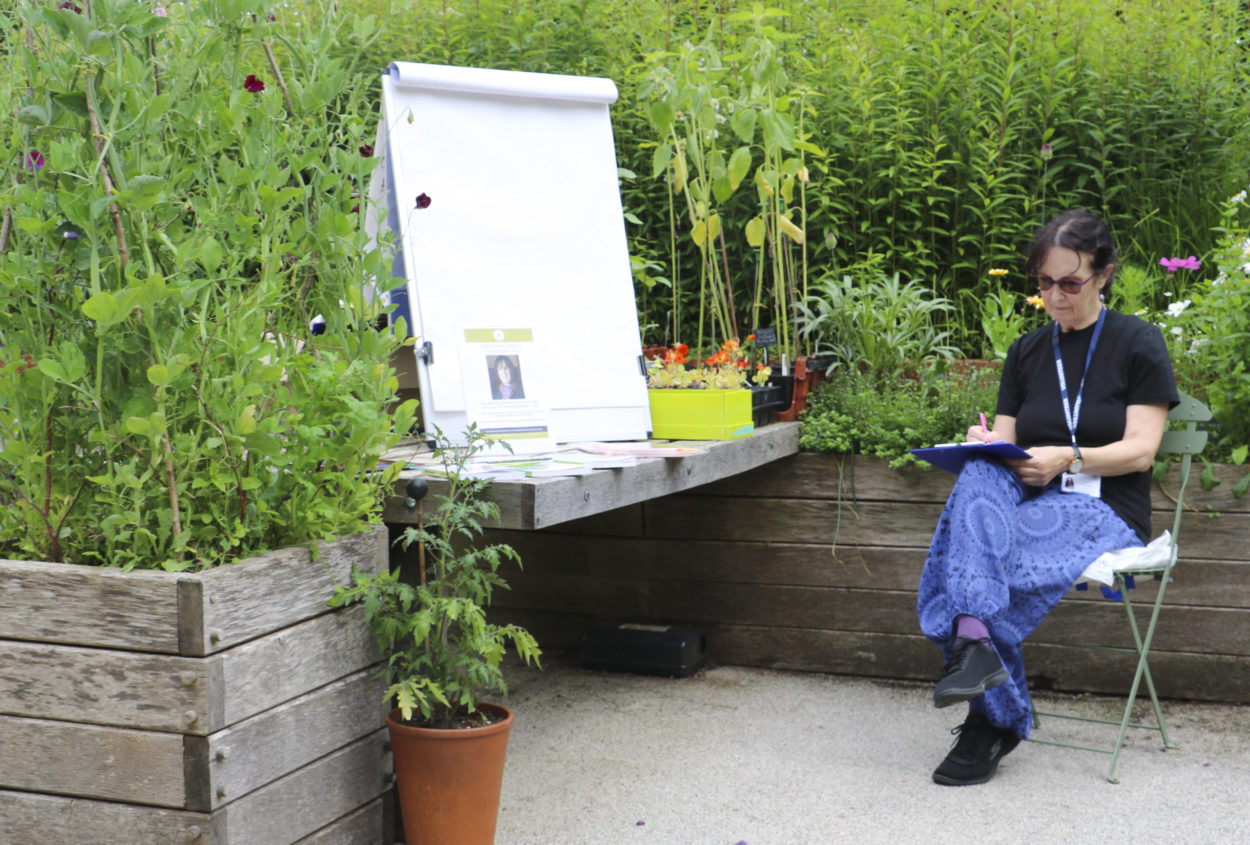 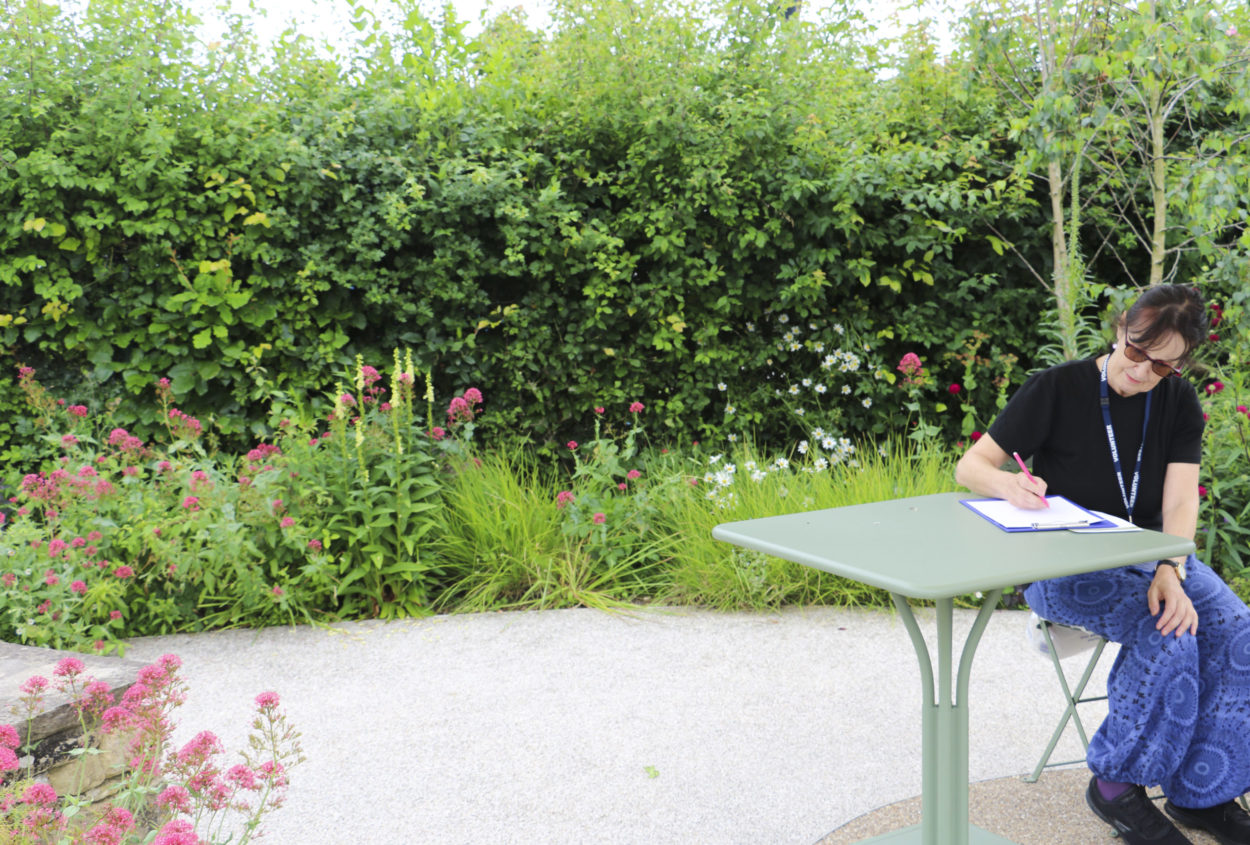 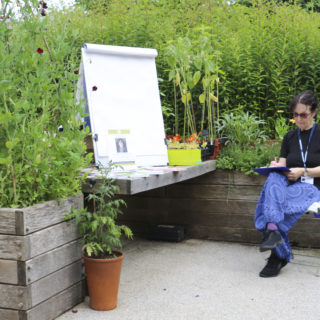 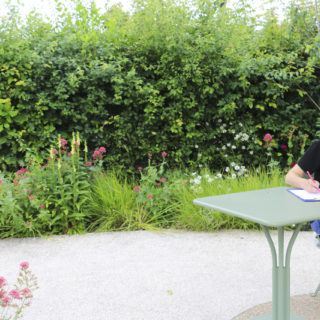