Artist in residence Claire Waltier MacGillivray welcomed three people to paint with her in Horatio’s Garden Midlands this week, with the session focussing on transforming people’s artwork into greetings cards.

The three men joining her were all enormously enthusiastic about their cards, which looked brilliant by the time the group had artfully passed the hours on a rather lovely, bright afternoon. They were intermittently joined by other regular attendees, who popped by in between their appointments to see what everyone was embarking upon this week. It was also a wonderful opportunity for the gathering to say a fond farewell to one patient, who happened to be leaving for home that day.

As in previous weeks, those working alongside Claire really enjoyed their time in the garden and were evidently pleased with their creations.

Whilst the process of painting each work may have been similar, each piece already subtly reflects the signature style of those who created them and each person had a different intention for their card.

After developing a preference for leaving the blue masking outline on his finished art, one member of the gathered group decided he was going to gift his painting of a blue tit to the nurses looking after him as a way of saying ‘thank you’. 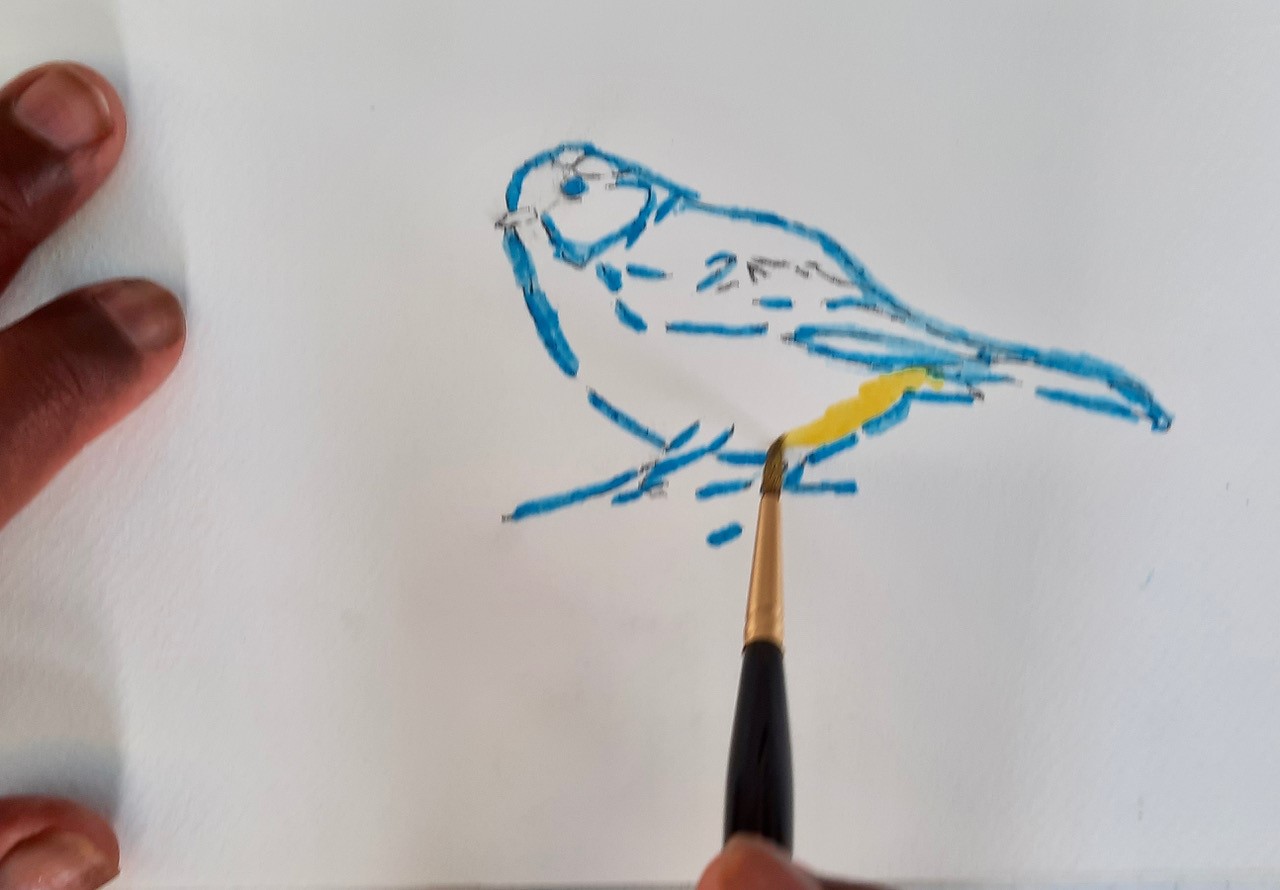 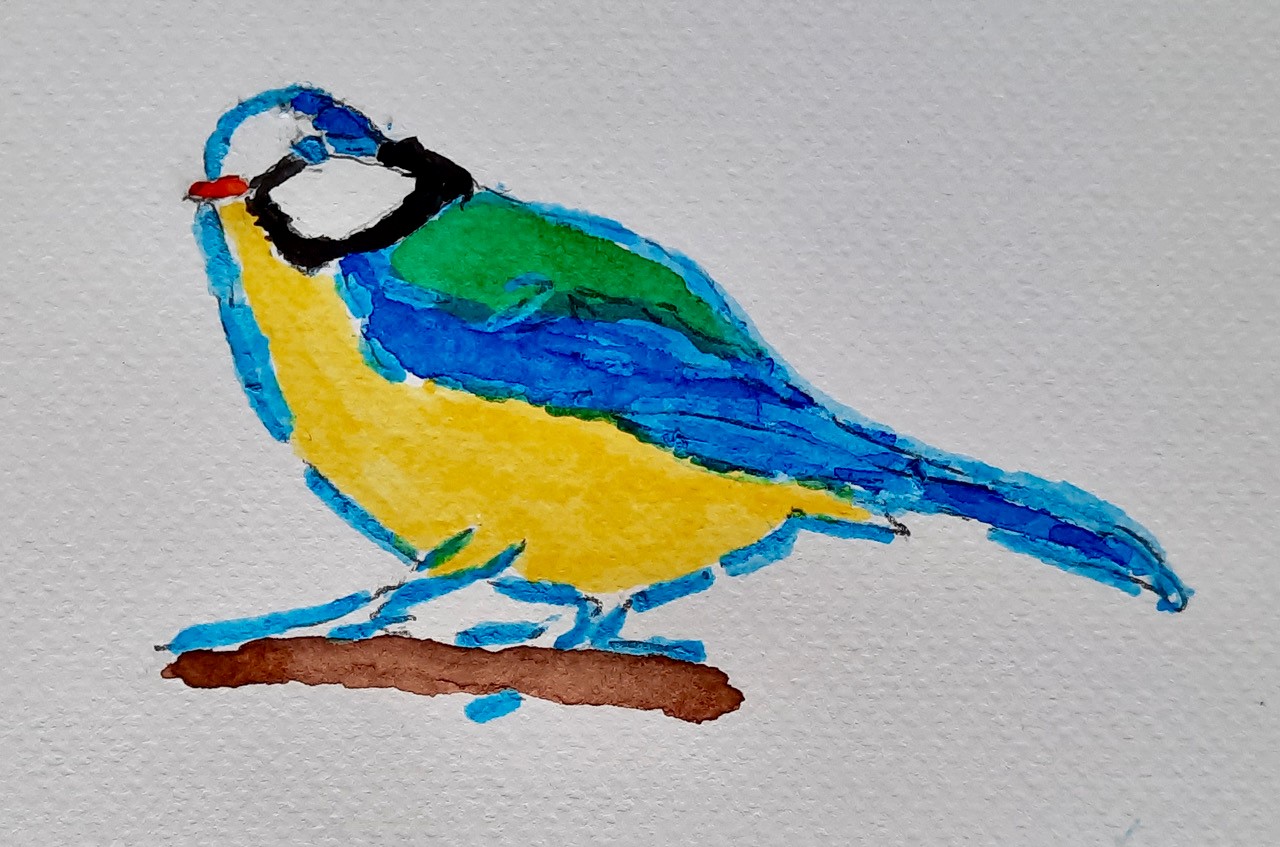 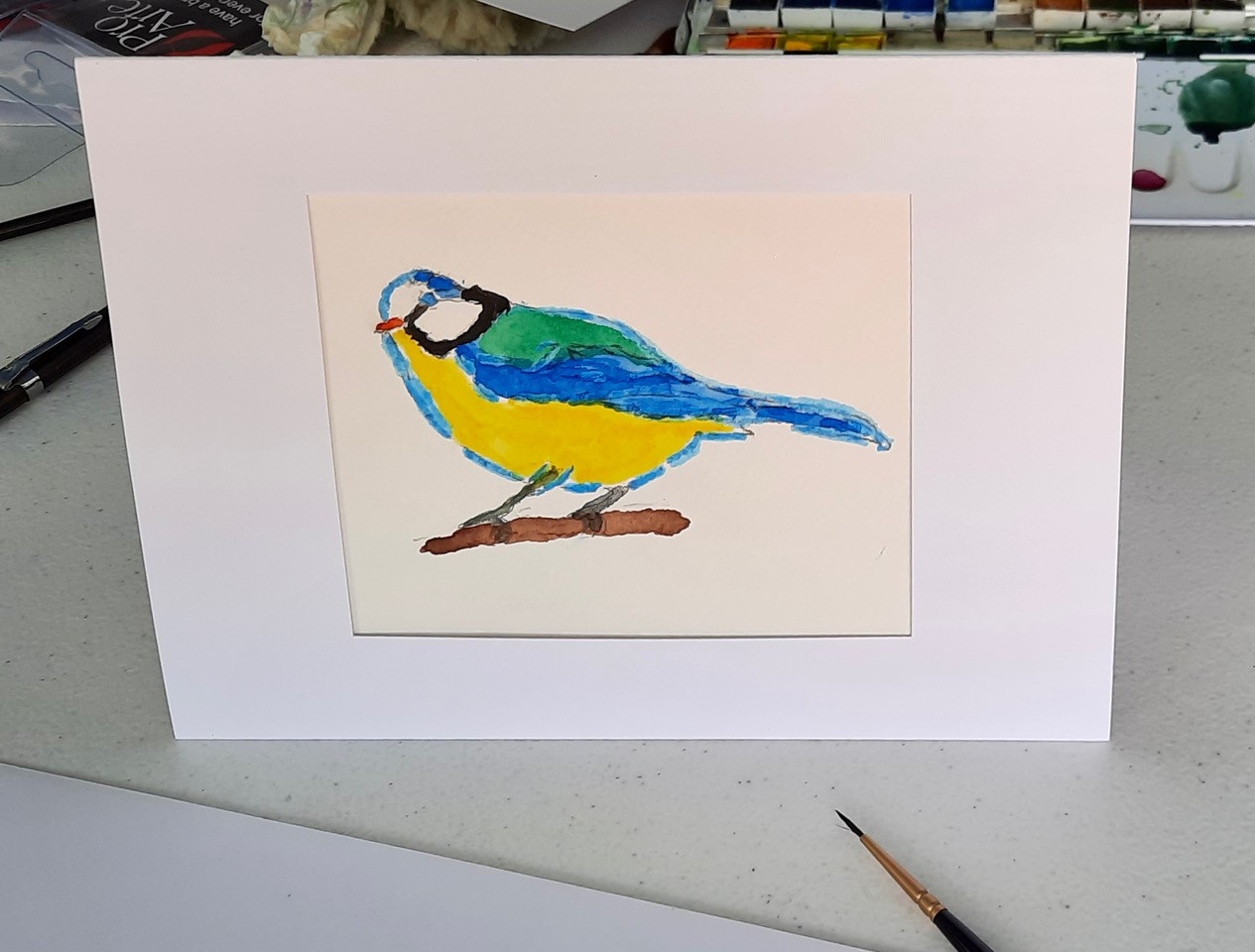 Another opted to continue working on his watercolour goldfinch, which he was able to spend a sustained few hours finishing to ensure he’d captured the bird just as he intended. He too decided to transform his piece into a card, although he’s holding onto it until he can find the perfect person to send it to. Claire shared that she felt he could frame it, so it may only be a matter of time before it’s adorning a nearby wall, or that of one of his loved ones. 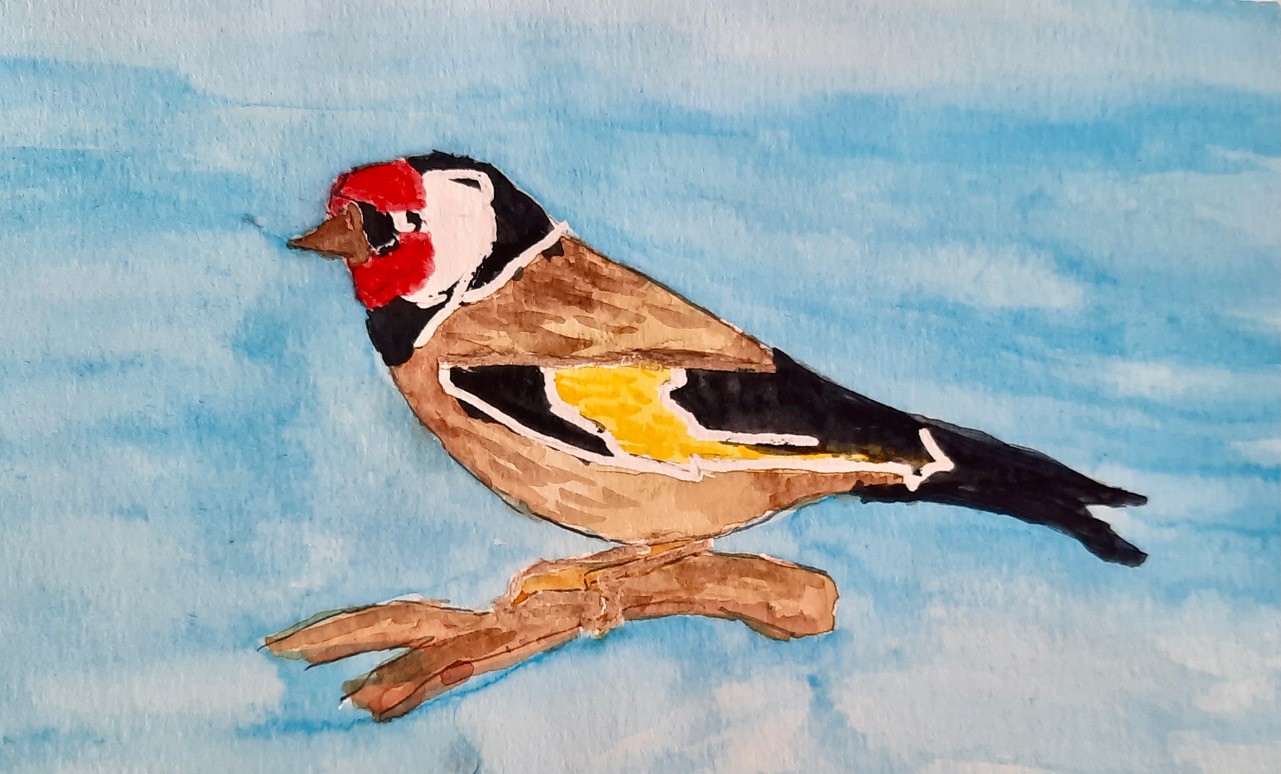 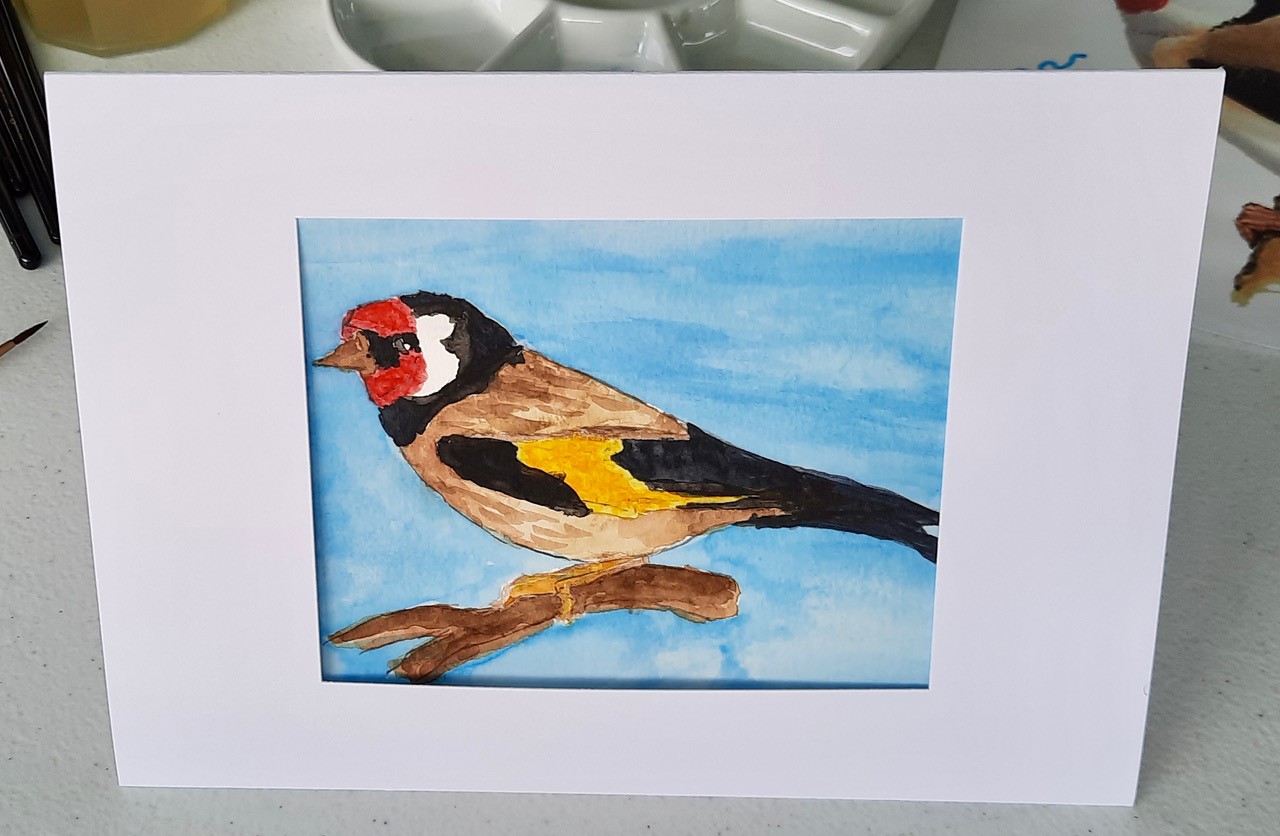 Finally, despite being unsure whether he was going to like painting, the final creative contributor opted to observe and paint some flowers directly onto a card template, before adding a bee, which Claire noted was really well realised. He appreciated discovering his natural artistic instincts and we’re already intrigued to see what he decides to sketch next.

Claire mentioned how happy she was to witness everyone embracing the world of art and that it was humbling to see how much it helped people, particularly those who were least expecting it. She too quietly sat painting another new piece of her own ahead of the group session, a blueprint of Horatio’s Garden which will inform a work she personally plans to create in celebration of her time in the haven. 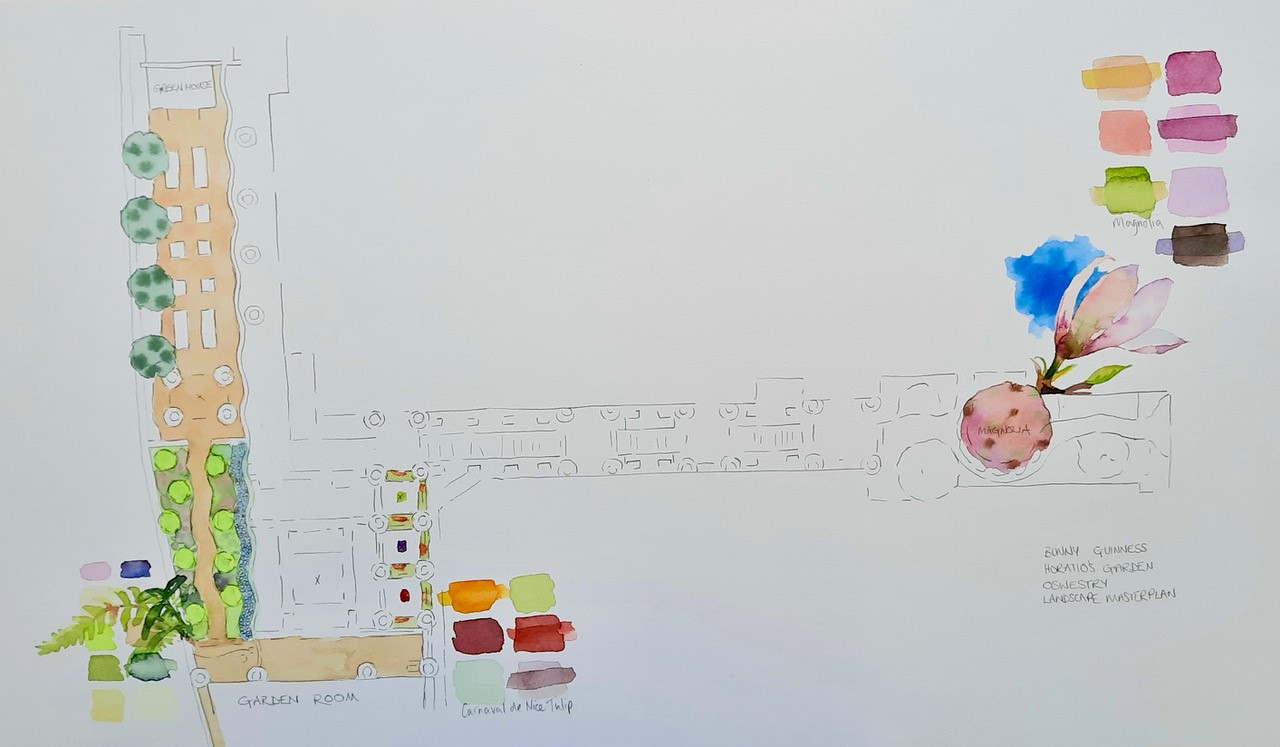 With a handful of people leaving the spinal centre for home, it was both a moving and uplifting week for everyone in the garden. As certain people move on to their next chapter, Claire has heard they plan to continue pursuing creativity and simply hopes she can gently encourage a few new patients to do the same. 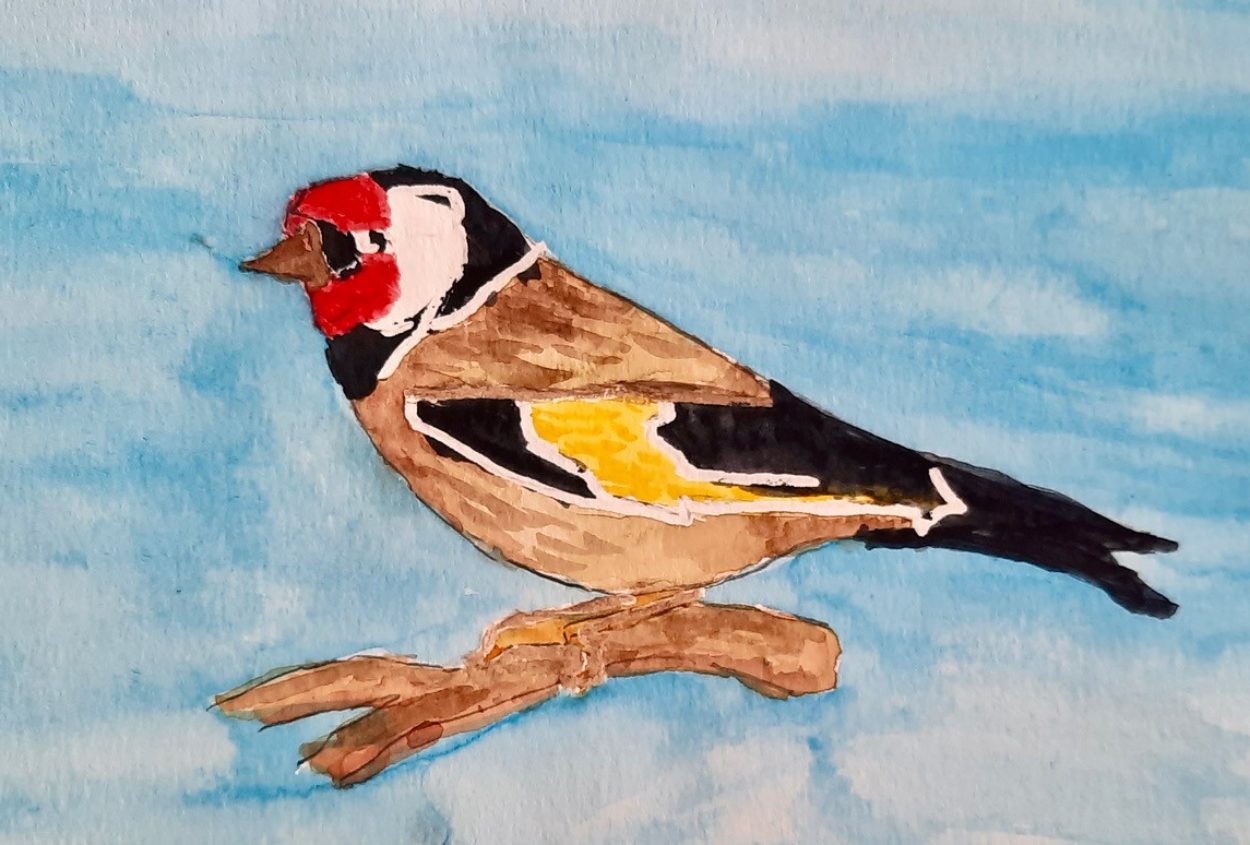 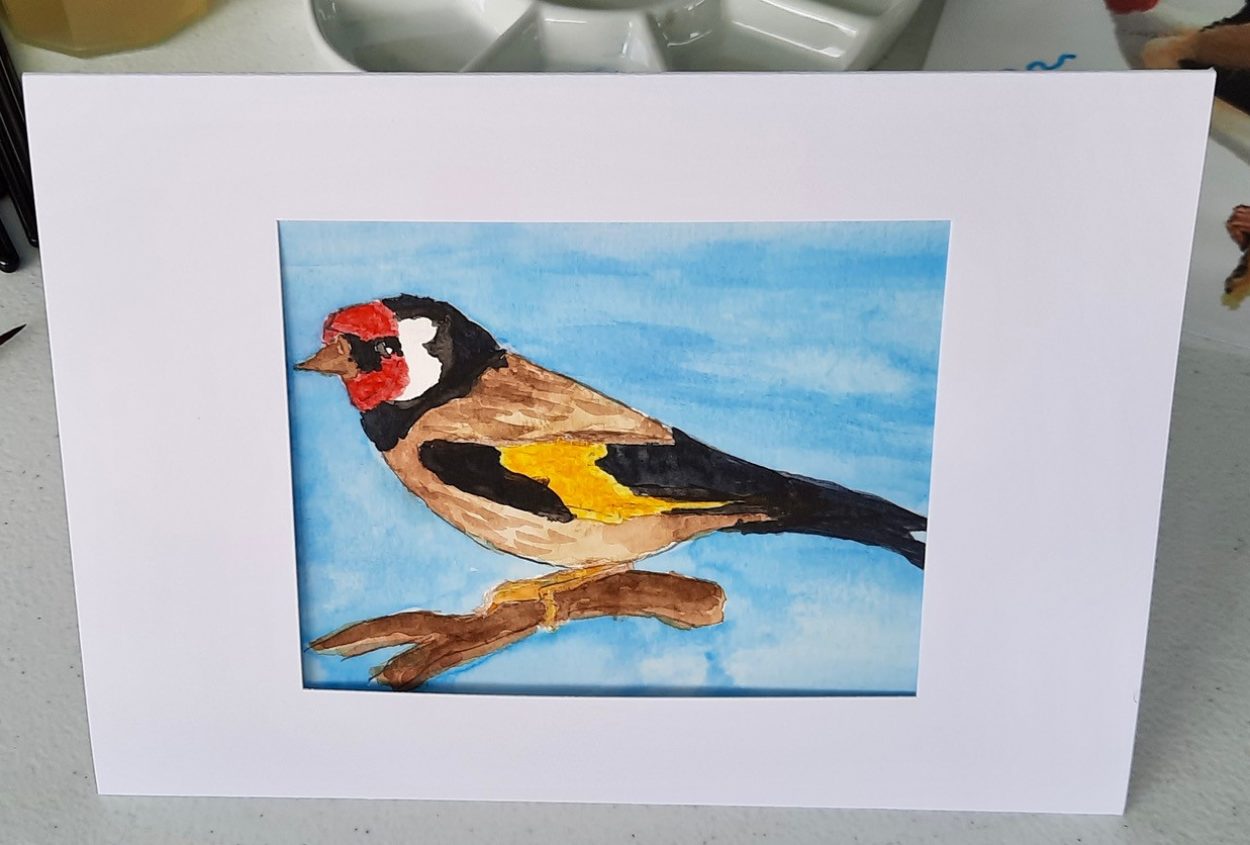 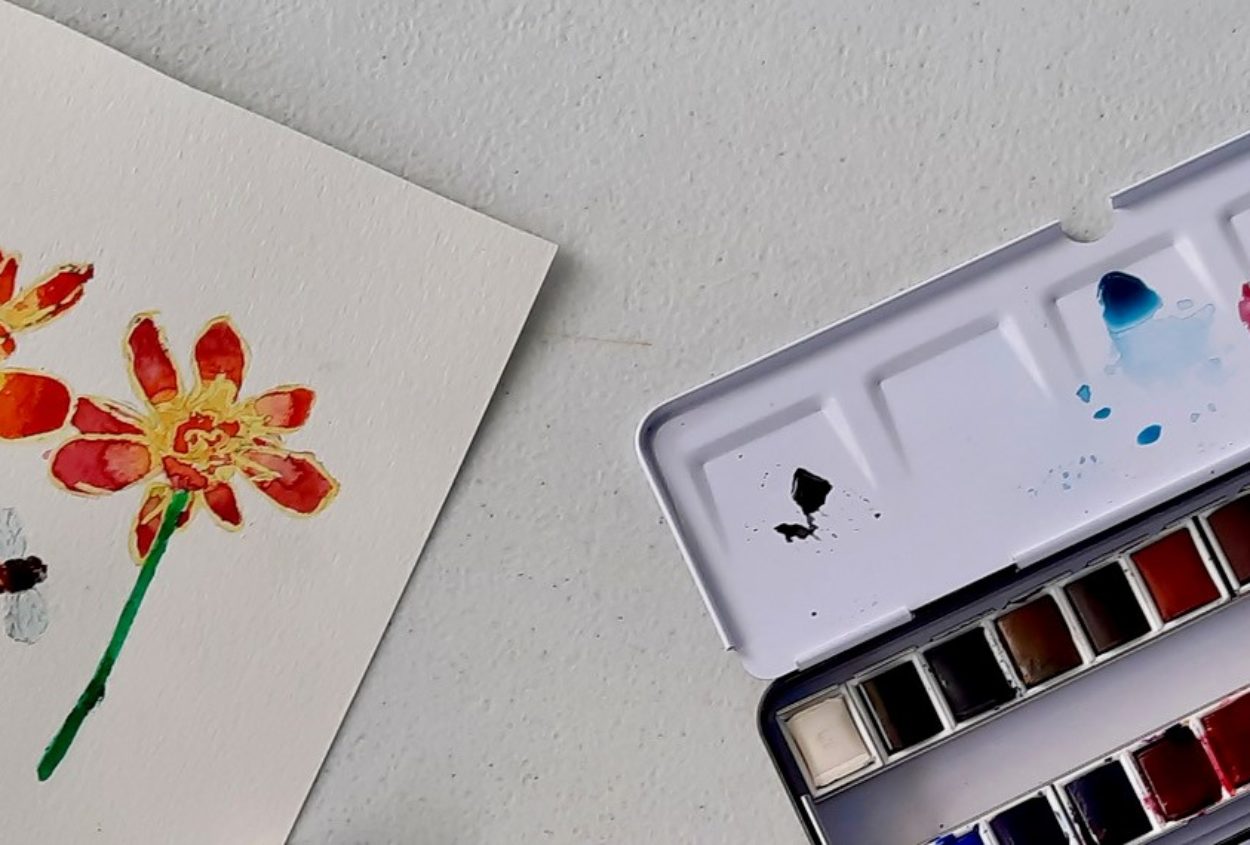 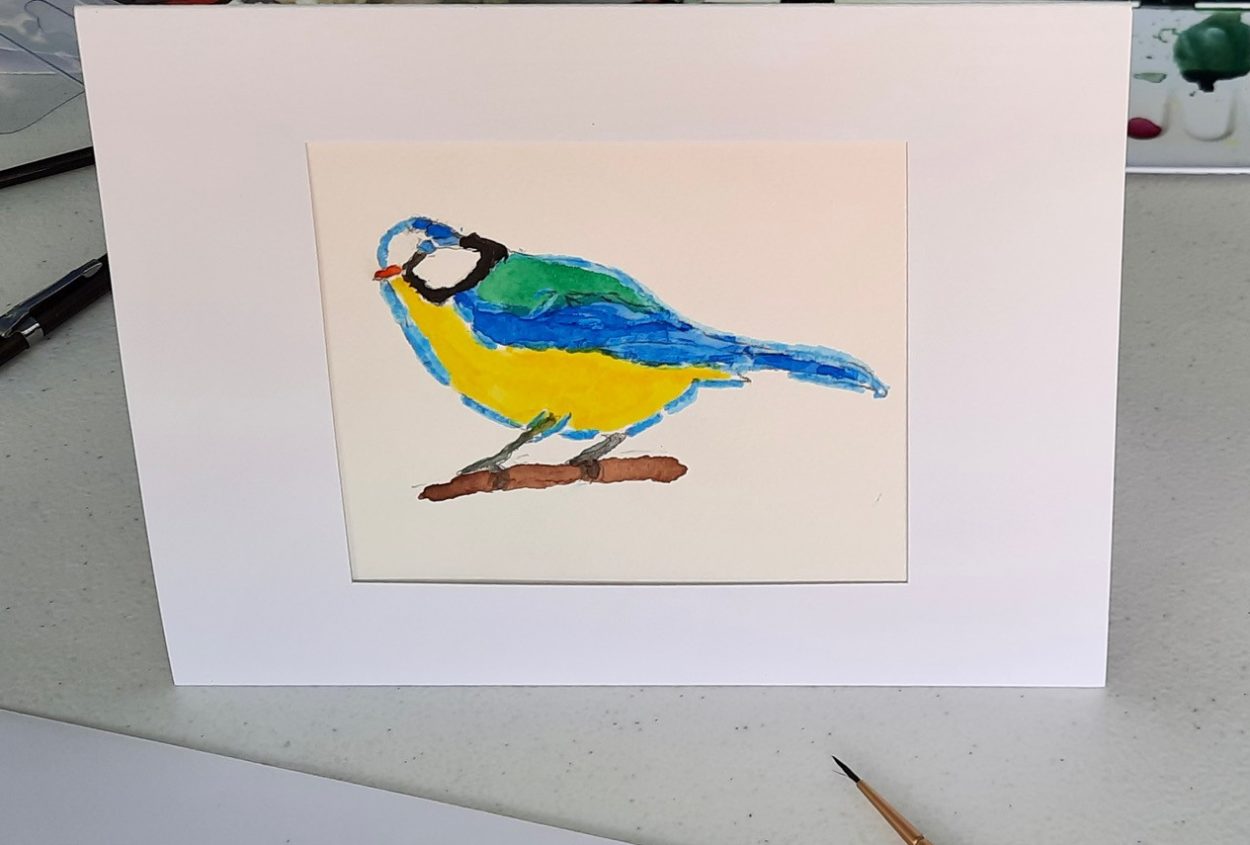 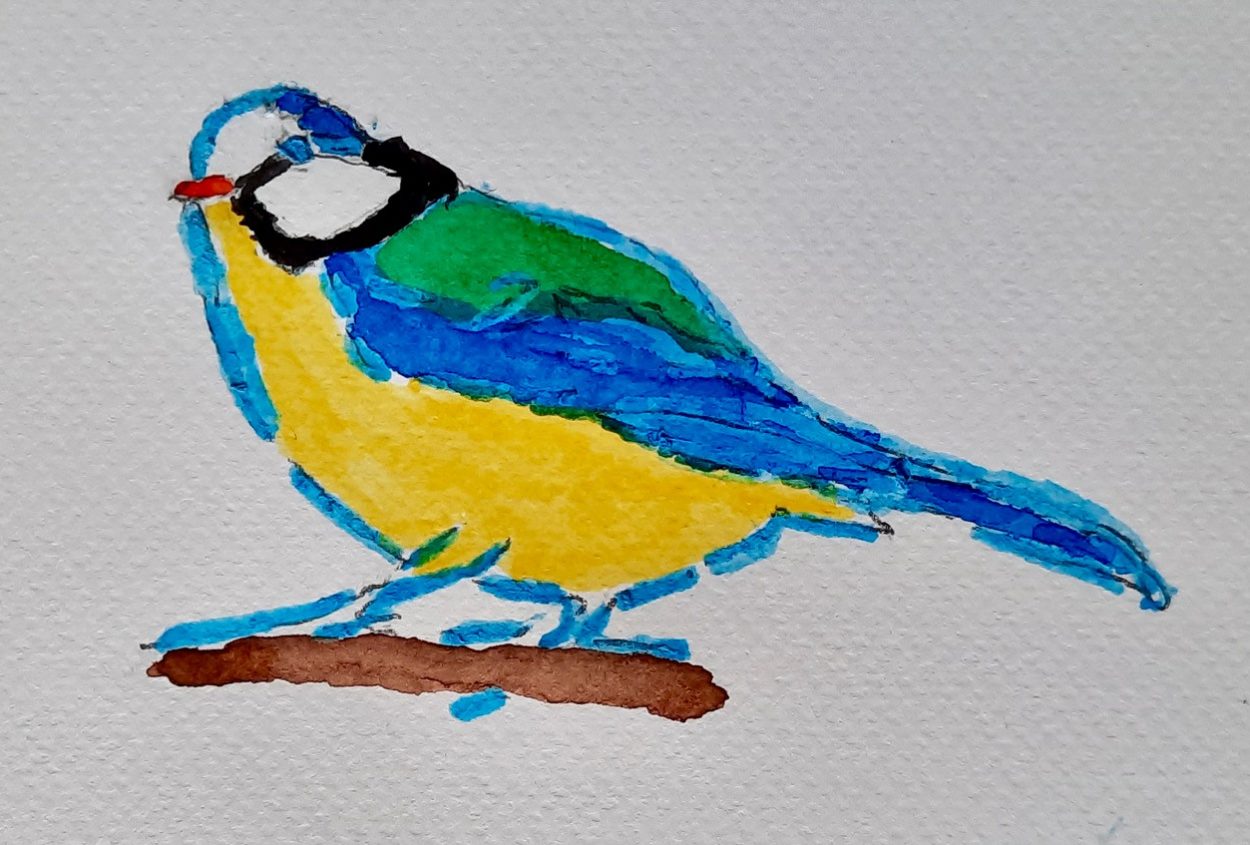 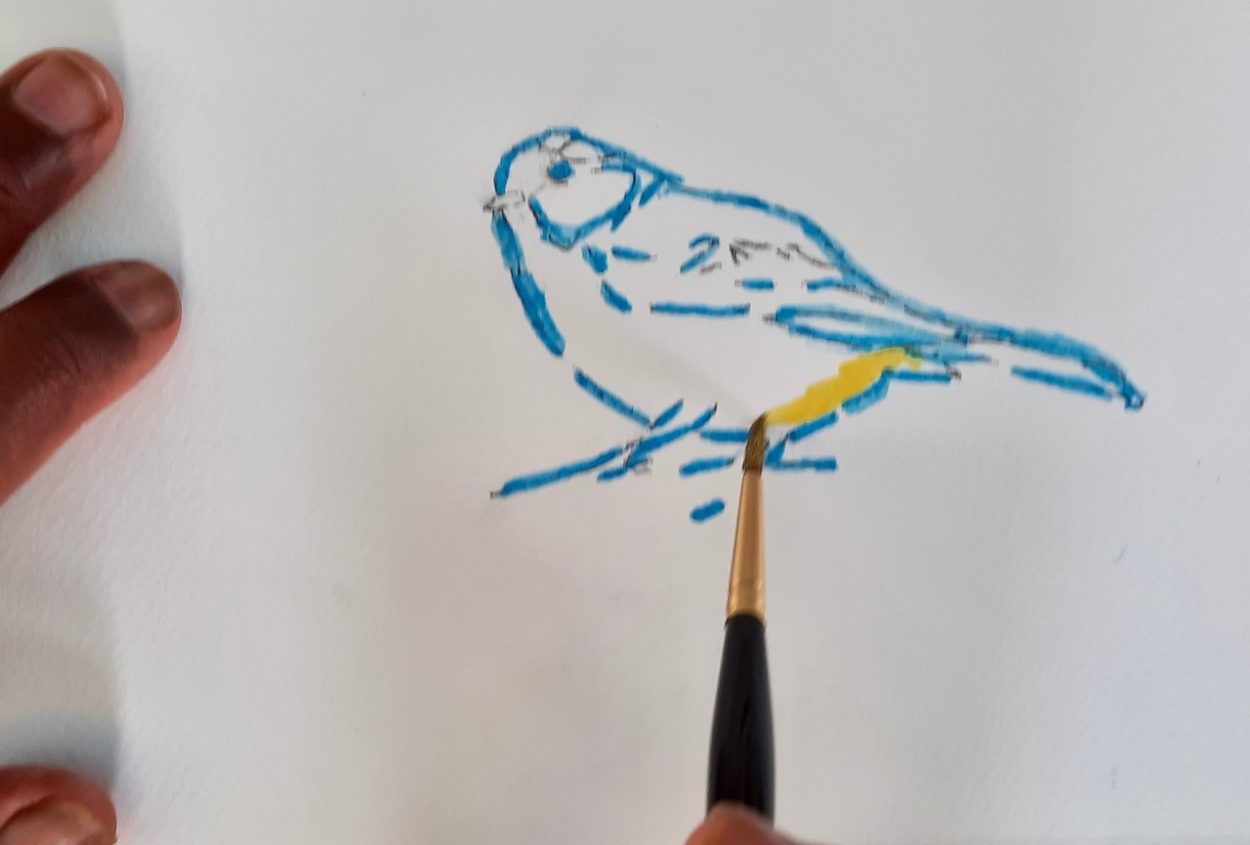 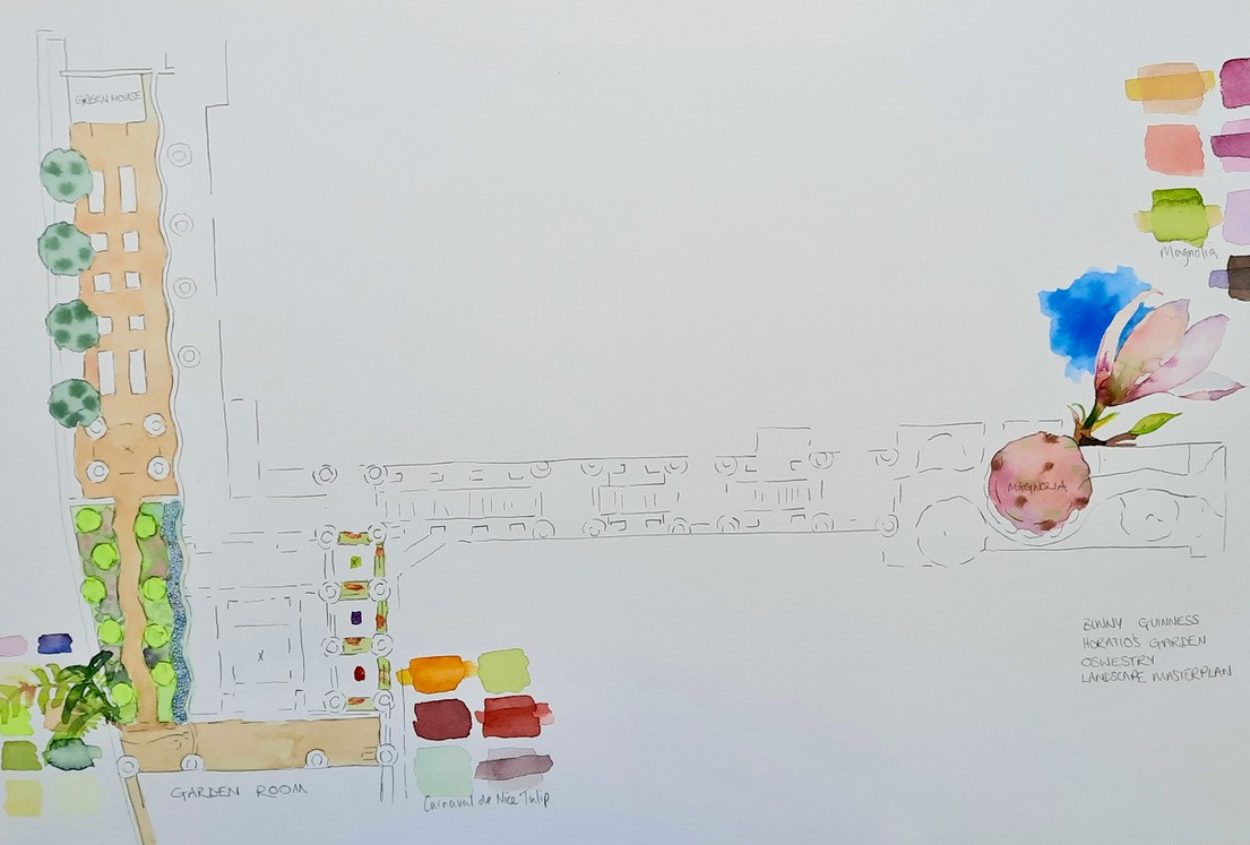 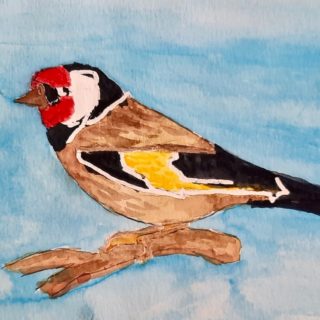 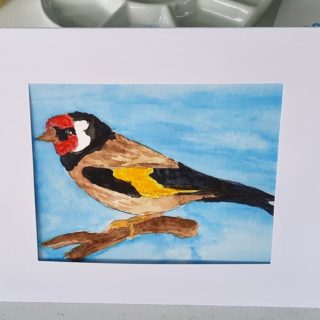 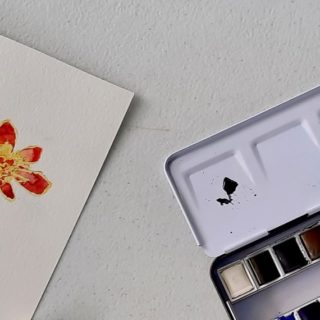 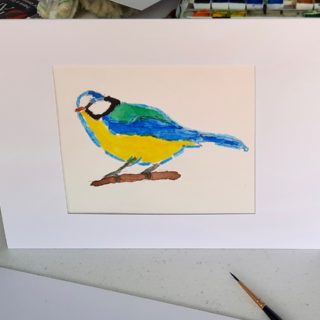 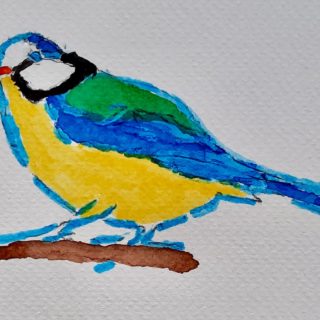 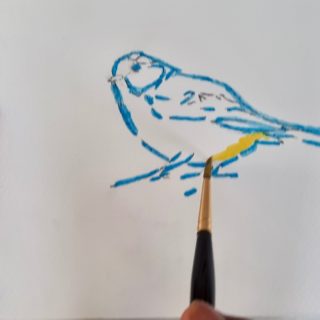 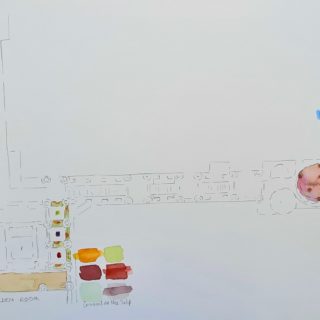